Pokemon GO Celebi guide: How to catch this mythical Pokemon 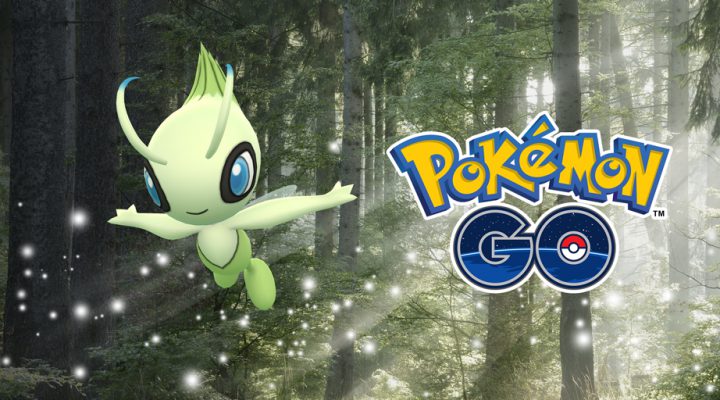 As the summer draws to a close, Niantic is still finding ways to make sure you stay out there playing Pokemon GO. The latest is the addition of a brand new Mythical Pokemon, Celebi. A staple of the Pokemon franchise since Gold and Silver, Celebi sort of looks like an onion person and isn’t necessarily that strong in a physical confrontation, but don’t be fooled: It actually can harness the power of time travel.

(Can it go back so that you have a chance to join Team Instinct instead of one of the other teams? Probably not, but you’ll just have to live with that.)

Celebi went live in Pokemon GO on Aug. 20, but you won’t just find it hanging out around your nearest PokeStop. Instead, Celebi is the subject of a brand new set of research tasks, similar to the ones you needed to complete to catch Mew. Let’s take a look at the activities that await you in the aptly named “A Ripple in Time.”

So far, only the first two stages of the research tasks are known because, well, it takes a while to get through them all — particularly in stage 2, where you need to do something three days in a row, so at the time of this article, no one has done that yet.

Thanks to datamining by Pokemon GO players, some of the other research tasks known to be in the later stages of A Ripple in Time include evolving Gloom or Sunkern (which conveniently appears more often now that this research is underway) with a Sun Stone (which you even more conveniently received in stage 2, so huzzah!), evolving an Eevee into Espeon during the day and another one into Umbreon at night — something our Eevee guide can help you do — and earning a Gold Johto medal.

It’s also worth keeping in mind that the Celebi Special Research tasks won’t appear until you’ve at least made it to stage 3 of the Mew research, so be sure to get on that if you haven’t already.

Again, we won’t have any surefire tips for catching Celebi until players actually get to the end of the research and start encountering the Mythical Pokemon in-game. But does that mean we can’t speak in general terms about what you might need to help catch it?

Mostly, it’s common sense. You’ll want to have your most powerful Poke Balls ready, as well as items like Golden Razz Berries to make Celebi easier to acquire. Given that Mew, the Pokemon at the end of the previous Special Research, could not flee, there’s a high likelihood that Celebi won’t be able to either, so it’s really just a matter of time and how much effort/how many items you want to save yourself. Pinap Berries might also be a good idea to you get more Celebi candy when you actually catch it.

That should be all you need to know to get started. We’ll update this article with more on the specific research tasks needed to acquire Celebi as word starts to spread on the details.