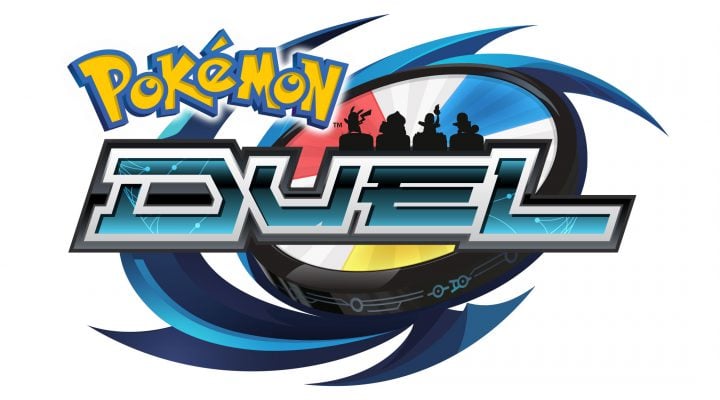 Not sure if you’ve ever noticed this or not, but a lot of the famous Japanese IPs of the last 20 or so years have something to do with dueling. In Pokemon, it’s either Trainers battling with their Pokemon as proxies or people duking it out in the trading card game. With that in mind, Pokemon Duel could be just about anything.

As it turns out, Nintendo decided to make it a digital board game of sorts, with players competing to beat each other using teams of six Pokemon apiece. The goal and basic rules can be learned quickly, but there are enough x-factors introduced by the hundreds of Pokemon figure in the game that things can get more complicated in a hurry.

Here at Gamezebo, we live for opportunities to make things less complicated for you. You’ll always need to know your figures and think quickly to succeed at this game, but if you commit some of our Pokemon Duel Tips, Cheats and Strategies to memory, you’ll be working your way up the ranks in no time. 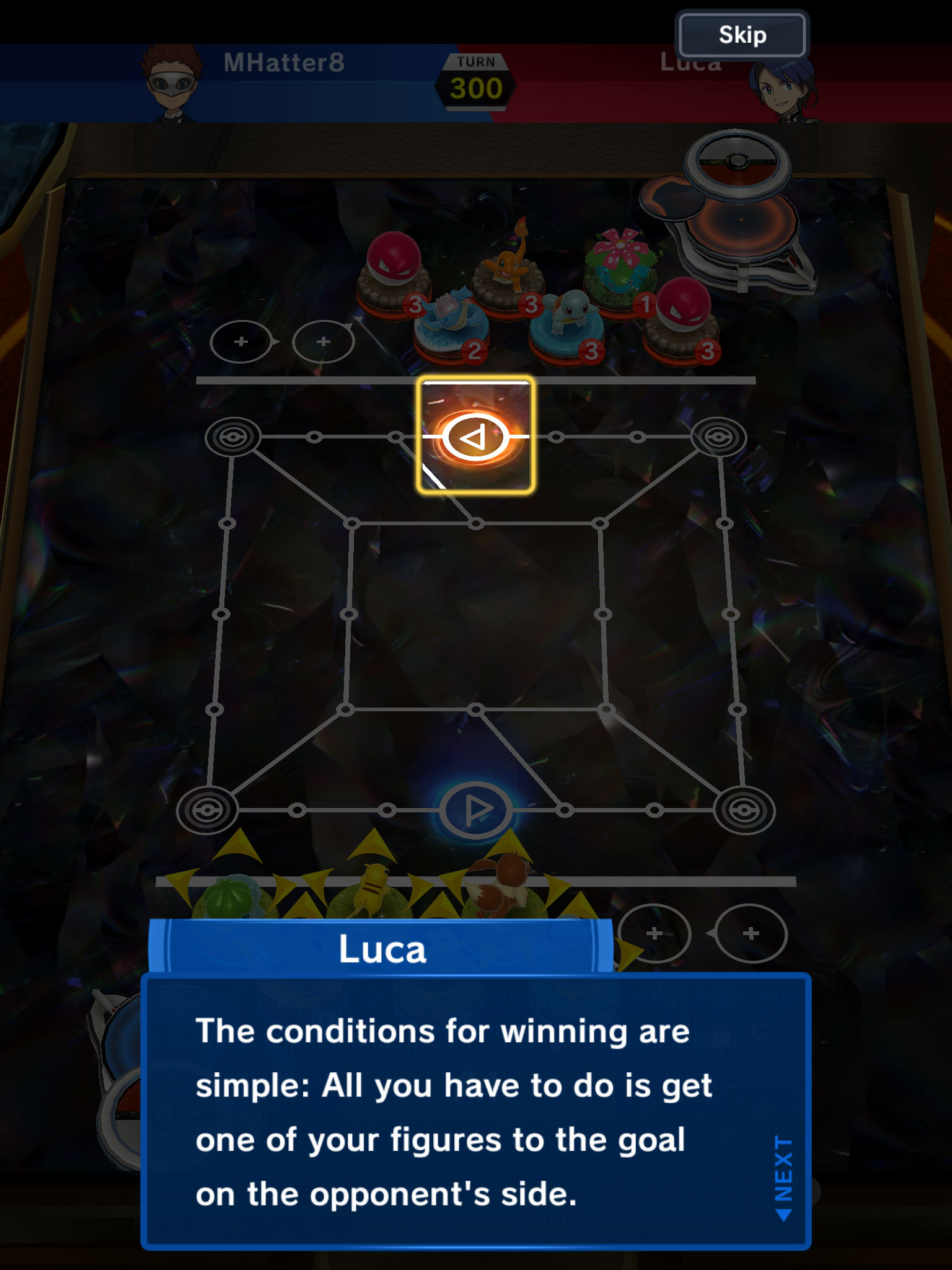 The primary objective in a Pokemon Duel match, as well as the way most matches end, is to get one of your Pokemon figures to the space with the flag on it on your opponent’s side of the board. They’ll be trying to do the same thing to you, and whoever succeeds in doing so first wins the match instantly.

Obviously, that means defending your side of the board, placing Pokemon in the way of your opponent’s figures and always being wary of whether there is an enemy within movement range of your flag space. Often times, planting one of your Pokemon on the flag is a smart course of action, ensuring that your opponent can’t slip by your figures using special abilities and will have to fight for the win.

But there are actually two other ways to win:

These additional victory conditions may already have your gears spinning in terms of ways to win matches or at least make life more difficult for your opponent, but like Big Cass always says, we’ll spell it out for you.

TIP 1: Play Fast – It’s okay to take your time when it comes to a particularly important decision, but don’t goof around when you know what you want to do. if you play fast and have more time left than your opponent, it puts pressure on them to act faster, which could force a mistake — or flat out win you a match you may otherwise lose if you run out of time.

TIP 2: Take Those Corners – Figures can only enter play through the two corner spaces on a player’s side of the board. That means if you can place your figures on those spaces, your opponent will be forced to battle to remove them or risk losing by running out of figures. Some Pokemon have abilities that let them enter play anyway, but they are relatively few and chances are you’ll see them used. Taking a corner space is a good strategy even when it won’t lead to victory simply because it cuts down your opponent’s options, but watch out because many players will try doing the same to you.

Anatomy of a Pokemon Figure

If you tap on any Pokemon figure in your collection, you’ll see a screen that looks like this: 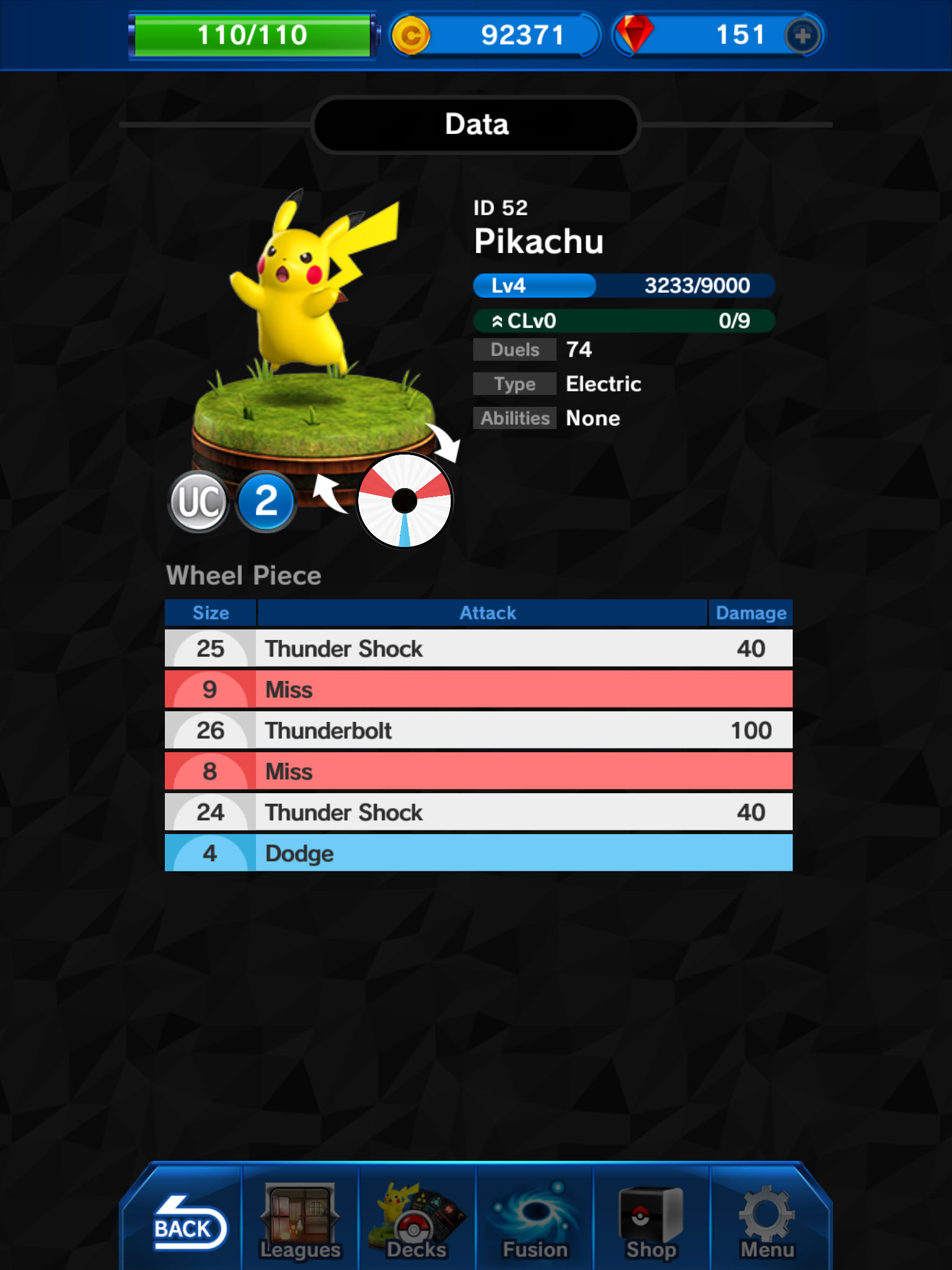 Under the figure’s name, you’ll see its current level and the XP needed to advance to the next level, its type and any special abilities. Under its picture, you’ll find its rarity (Common, Uncommon, Rare or EX-rare) and the number of spaces it can move in one turn.

By tapping on the icon below the picture, you can swap it with its wheel. A description of each segment of the wheel is below and will include any special effects from regular attacks (which will be marked with asterisks on the wheel itself) or purple attacks.

One thing you’ll want to keep in mind as you play more Pokemon Duel is that you can customize the sizes of these segments by growing others each time you level up a figure. For example, growing the size of an attack segment can also shrink the size of a ‘Miss’ space next to it. That means figures you encounter in duels might not have exactly the same wheel as your own, even if they are identical Pokemon.

TIP: Tap on Enemy Figures – When your opponent is deciding what to do and you have a few seconds, tap on one of their figures to see its wheel. You might learn something you didn’t know about its capabilities or discover how it has been leveled up differently from your own.

How Battles Are Won 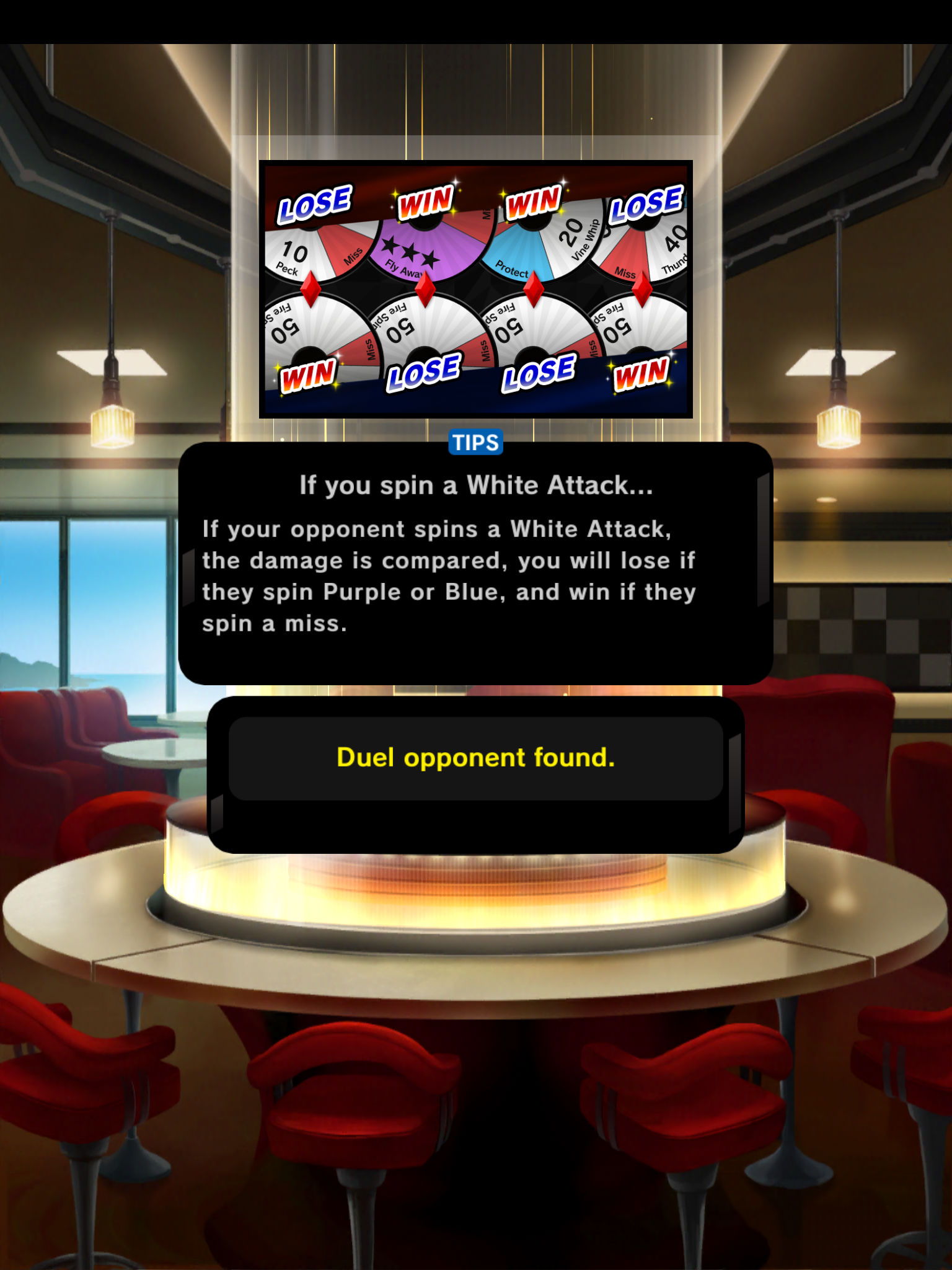 Every now and then, you’ll win a Pokemon Duel match in pacifist fashion just by outmaneuvering the other player. Most of the time, though, there’s going to be Pokemon figures throwing down a bunch of times.

In a battle, both figures spin their dials, and you can stop them by tapping on the screen (though it doesn’t affect the outcome of the spins, which are decided solely based on probability). Here are the different colored results you can spin and what will happen: 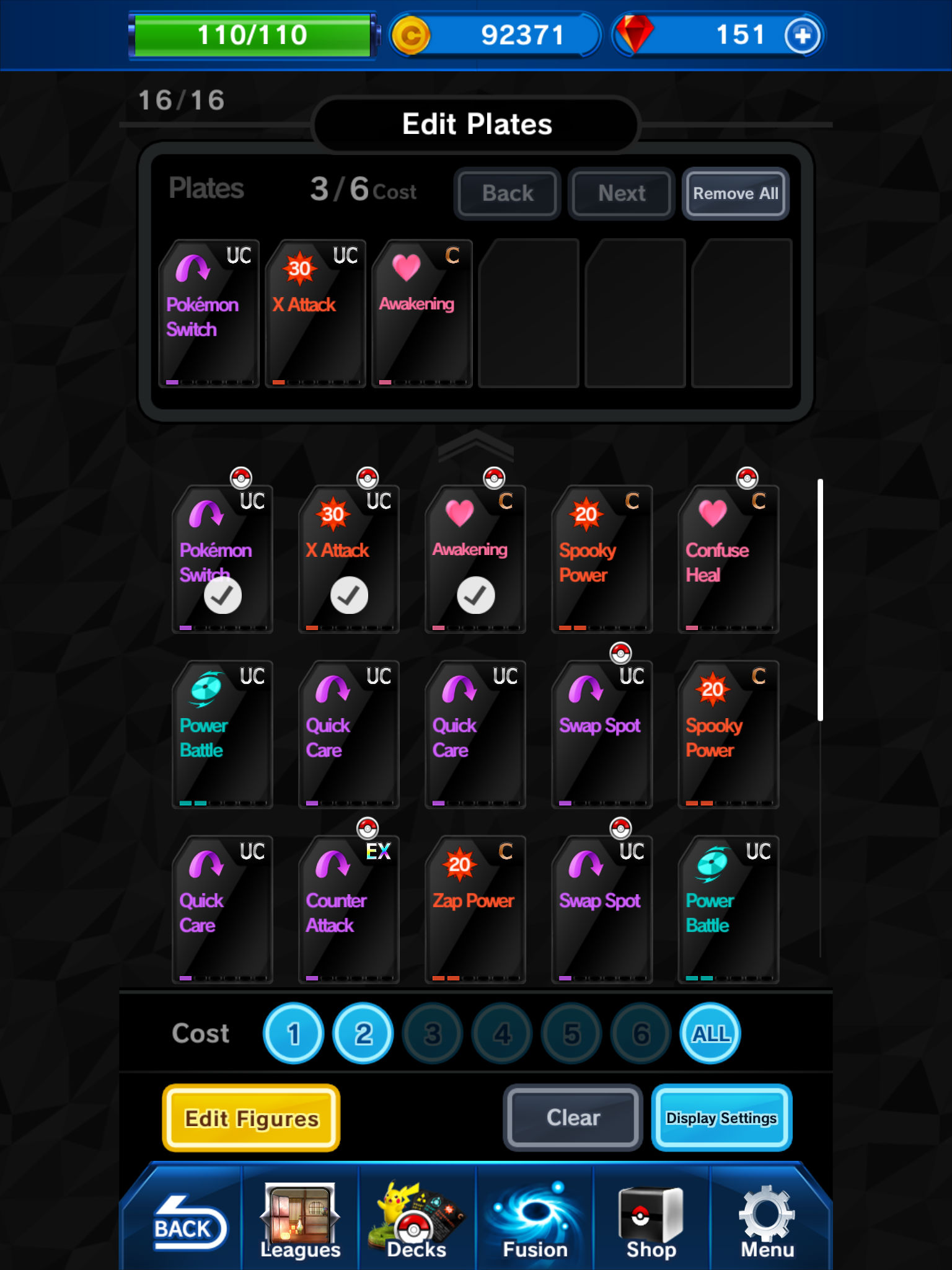 For some reason only the developers know for sure, the cards you bring into battle in Pokemon Duel are called plates. No idea why.

That said, you can bring as many as six plates into a match with you, some of which can heal status effects like sleep, paralysis and more. Others can switch the position of Pokemon figures, help them bypass enemy figures, and much more.

There are two very important things about plates you’ll need to keep in mind:

Where can you find more plates? In boosters, naturally. But only in the boosters that you buy with gems, as the Time Boosters only contain figures and ingots.

That makes a great segue to our final section …

Rewards and Waiting for Them 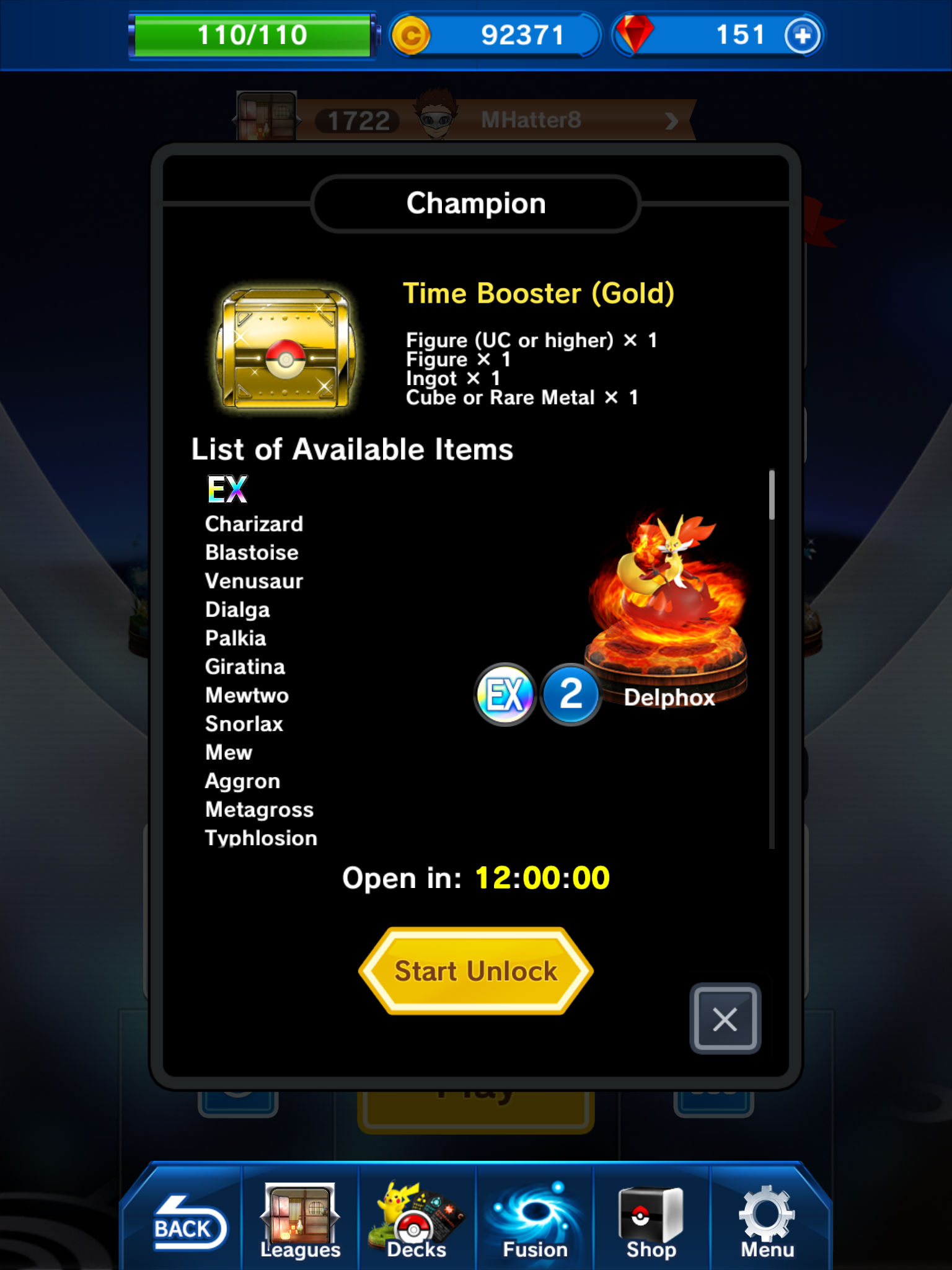 Every time you win a match in Pokemon Duel, you’ll receive a Time Booster as a reward. That might sound like something that can rewrite history, but it’s actually a special pack that only opens after a certain amount of time has elapsed. You might also recognize it as the gift that Clash Royale gave the mobile gaming world.

You can only have three Time Boosters in your possession at any one time, and they can take anywhere from one hour to a whole day to open. They serve to enforce a kind of de facto limit on your League play, because while you can keep playing League matches even with a full Time Booster queue, you won’t receive any rewards if you win.

Time Boosters can be opened immediately by spending Gems — the more remaining time until the Booster would open naturally, the more Gems you’ll need to spend. Unless you really need more figures now for some reason, this isn’t a very economical use of your Gems. The Boosters for sale in the shop give you a better bang for your buck and include plates, so save for those and let the Time Boosters alone until they open naturally.

We’ve covered some of the key basics here, but we have a ton of other Pokemon Duel content to explore. Be sure to check out the following links if you need to know …

What SP is in Fire Emblem Heroes: How to Learn Skills