Home / Walkthroughs, Tips, Cheats / Pokemon Duel: EX Pokemon and Where to Find Them

Pokemon Duel: EX Pokemon and Where to Find Them 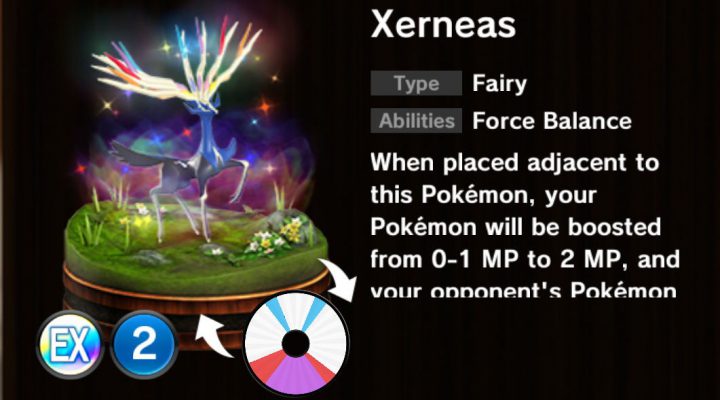 Every game has its own lingo and terminology for rarity, but “EX” has a special connotation for Pokemon fans. Trading card game players know EX for special Pokemon that carry extra powers in exchange for being worth two prize cards (plus their cool full card art), and now Pokemon Duel players are realizing that those same two letters denote the rarest and most powerful figures in the game.

Technically, Pokemon Duel calls this top tier EX-rare, but we’re good with just EX for our purposes. Though expensive to upgrade, EX Pokemon are well worth seeking out for the raw power, varied purple attacks and special abilities they bring to your team.

That brings us to a natural question: how can you find EX Pokemon to add to your collection? Let’s break it down.

Open Time Boosters (and Get Lucky) 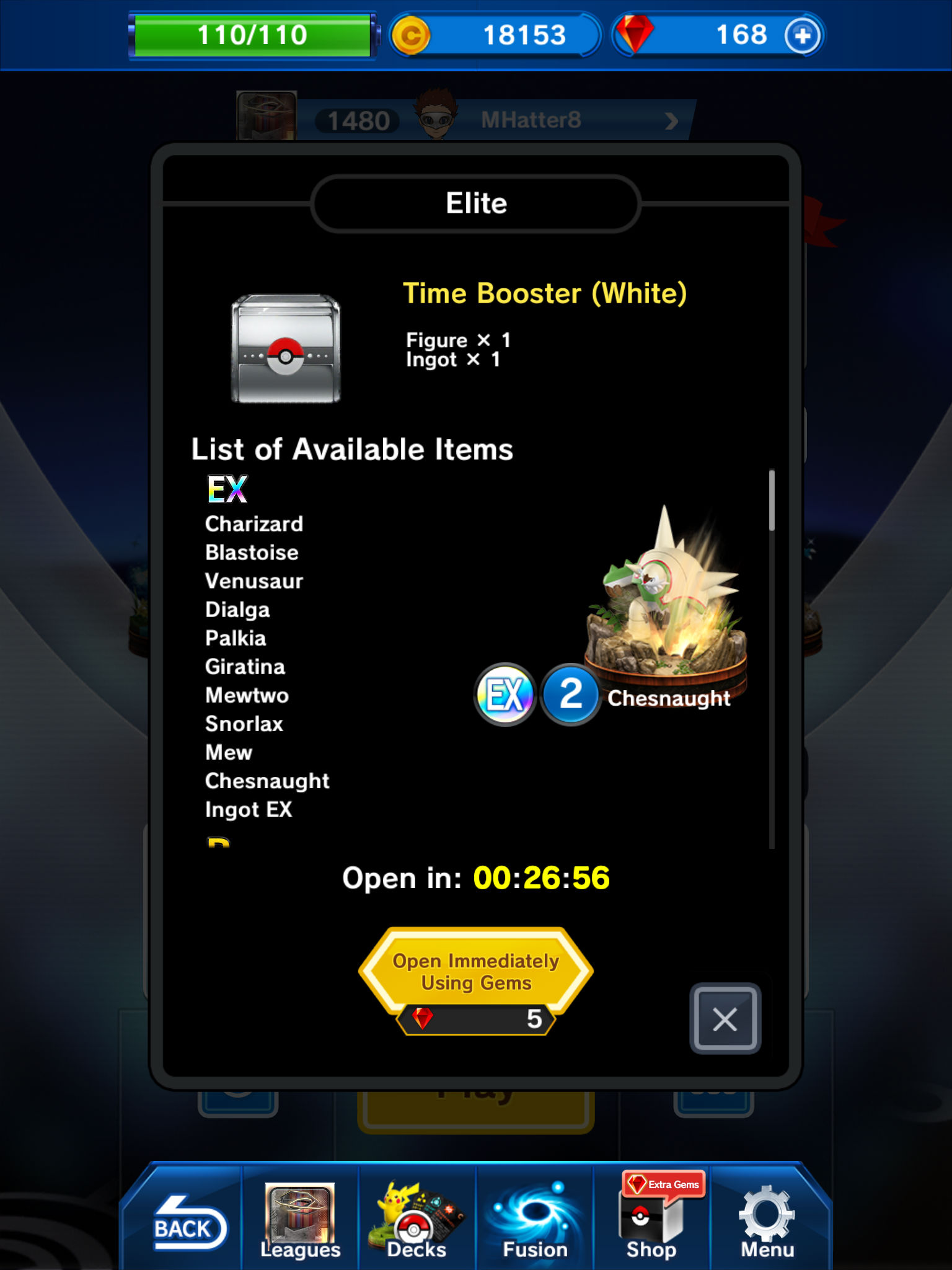 Any Booster, even the lowliest white Time Booster, could grant you an EX Pokemon. Indeed, the most common victory reward can contain the likes of Charizard, Mewtwo and Chesnaught, or even more Pokemon depending on what league you’ve reached.

But the odds are against it. You get only one or two figures per Time Booster and they’re much more likely to be from one of the more common tiers. By all means, open every Time Booster as soon as you’re able, but don’t spend Gems to do so and don’t count on them as your road to an EX Pokemon jackpot.

Save for a 6-Pack 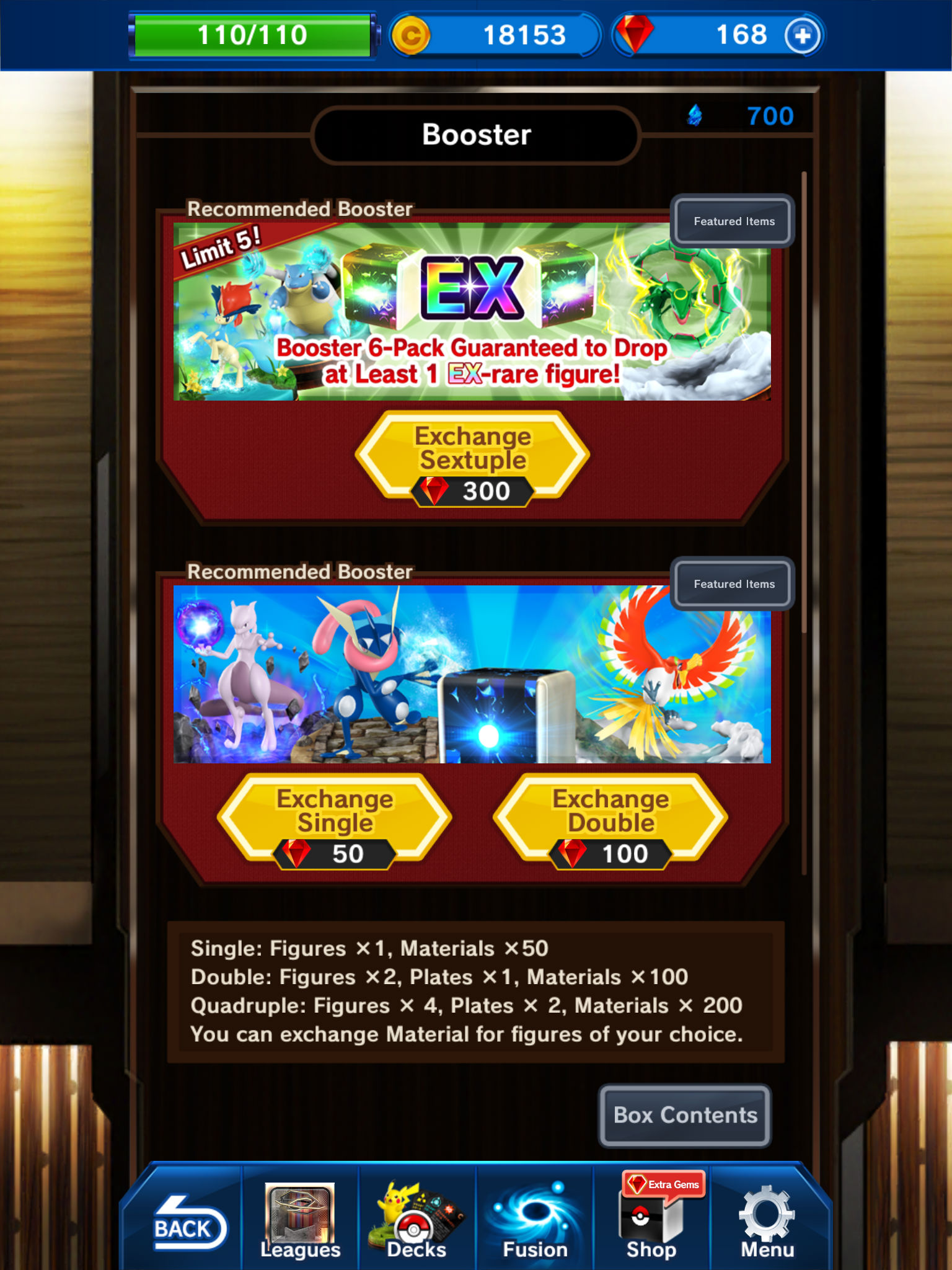 The chances of finding an EX Pokemon in a Booster purchased from the Shop are better. A single Booster gives you a 4 percent shot at one, as does each box in a double or quadruple Booster pack.

The best value by far is the Sextuple Booster Pack, currently 300 Gems as of the time of this article. Not only does each box have a 10 percent chance of delivering an EX, but the 6-Pack guarantees you’ll pull at least one. It’s true that saving 300 Gems is no small thing, but the drop rate and guarantee means you should always do it when you can. Plus we have ways of helping you get more Gems. 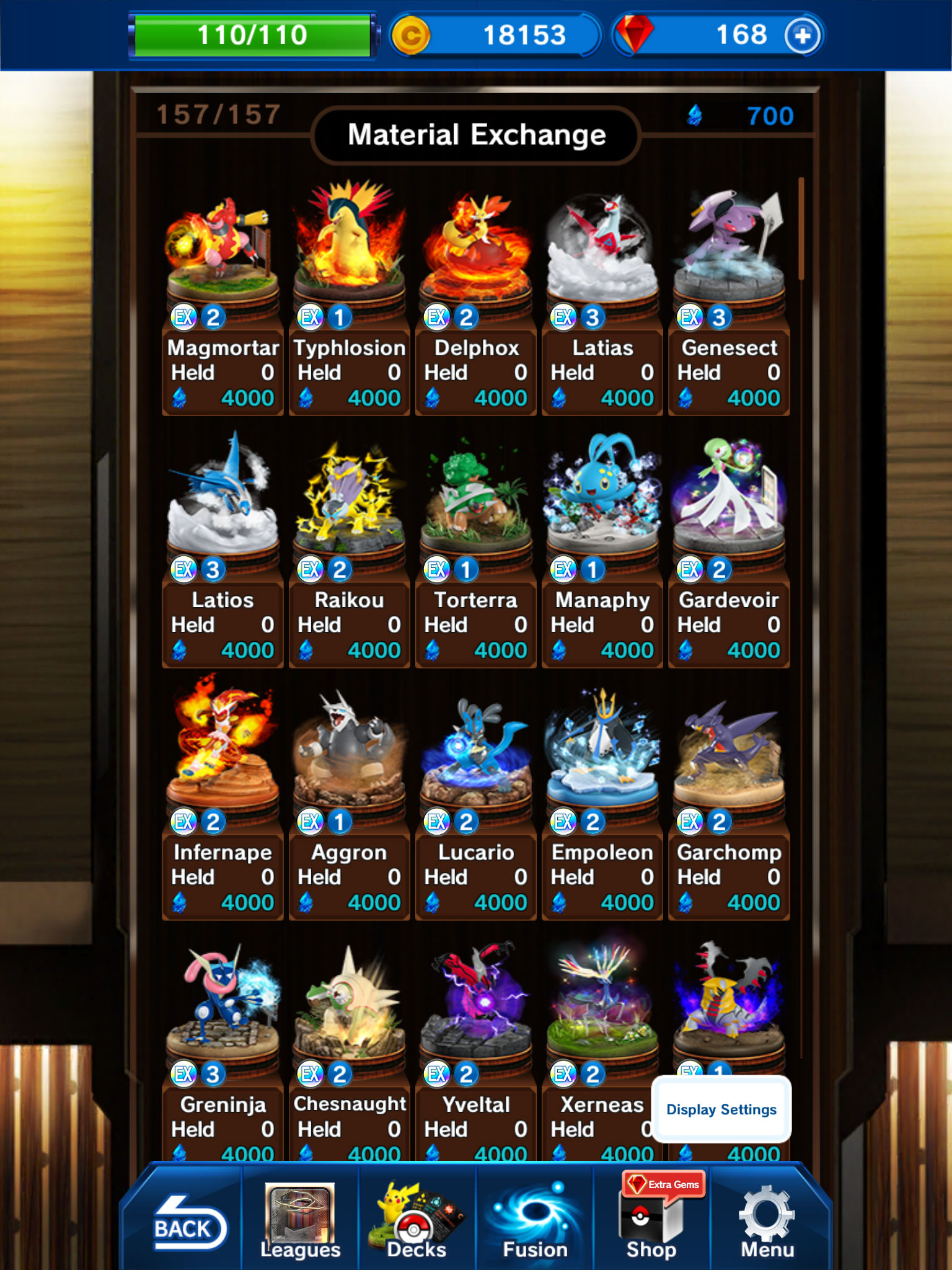 One cool feature of Pokemon Duel is that nearly any figure can be crafted if you have enough material. You get more each time you buy any Booster in the Shop, so even if you aren’t much luck finding the EX Pokemon you want most, you’re literally getting closer with every purchase.

That said, it takes a LOT of material for an EX Pokemon — 4000 units of it to be exact. Considering that you only get 50 Materials per Booster … well, you can do the math.

Yet there’s something to be said for long term goals, as well as the fact that if you can’t pull a Snorlax, you’ll eventually be able to craft one, even if it takes you a bit.

Did we forget any ways to capture the rarest Pokemon figures? Be sure to drop us a comment and we’ll update the post when we’re not busy dueling.