Once Upon a Tower Tips, Cheats and Strategies for Advanced Players 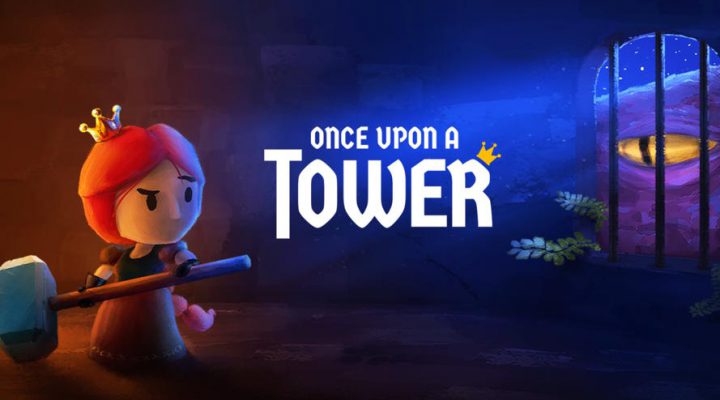 In Once Upon a Tower, you’ll be revisiting the first five levels frequently. There are twelve total, with a dragon fight at the bottom. As you improve your skills at the game you’ll find yourself making it past five more and more often, but that’s where things start to get hairy. By the time you start visiting level 5 consistently, you’ve likely mastered defeating orcs, spiders, and those boar/rat things, and you know how to dodge fireballs, spikes, and logs. But when all of them start coming at you at once along with even more new enemies, you’d better brace that hammer and get ready for a long grind to level 12.

If you’re having trouble getting very fast, check out Gamezebo’s Once Upon a Tower Tips, Cheats, and Strategies guide for beginner’s. Once you’ve mastered those, break those first bricks and get ready to escape! 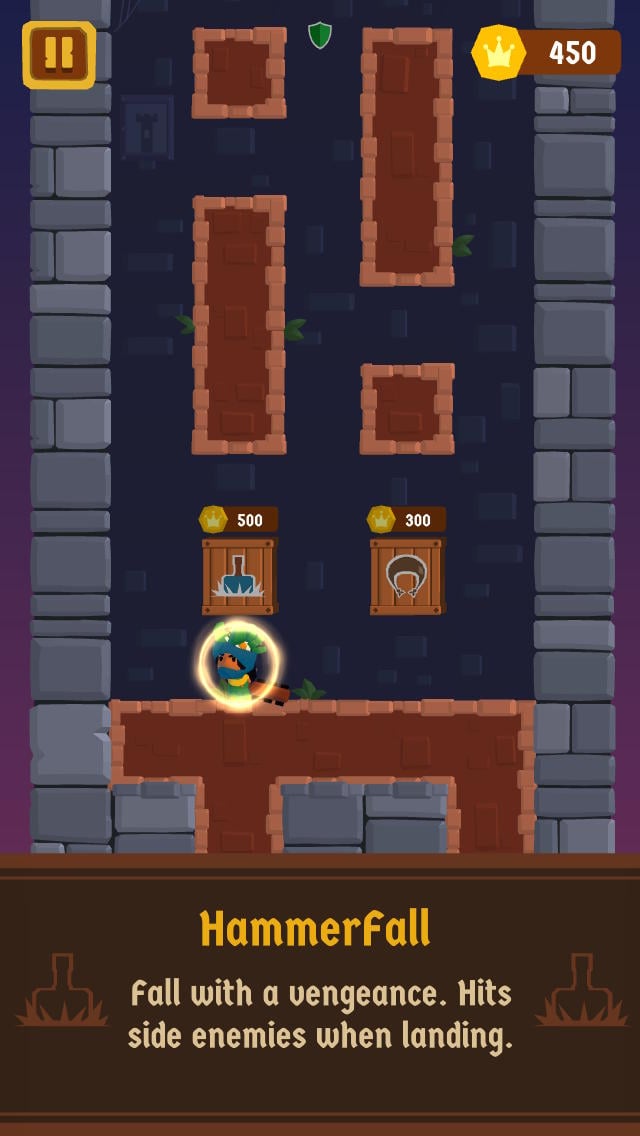 When you start consistently reaching levels 5+, it’s time to start making a calculation early on as to whether or not you’ll “keep” a run or not. No run in Once Upon a Tower is the same, and some runs are better than others. For example, a run where you die early in level 2 and have to use your “Save me!” freebie right away is likely not a keeper. It may be more efficient to just ignore the Save me! and restart, keeping the revival for more difficult sections.

Similarly, if you don’t get the fireflies and power-ups you’ll need early on, you may not want to bother with continues. On the contrary, if you get really good power-ups and still die early, it may be worth using the continue to keep them. For example, the Fire Hammer is a must-have for a successful run–the earlier the better. You can get by without the Parachute (especially once blocks start getting dense) but midway through the tower it can be key to making mid-air direction changes required for avoiding hazards. Hard Boots are even better for this, as they allow you to land on spikes or spiked enemies.

If you’re hitting level 5 and have gotten nothing but bombs, chickens, and more bombs, keep going, but consider accepting death if it comes. It will only get more difficult to collect the Fireflies you need to buy these power-ups further down the tower. Ideally, you want to have everything you need around level 8 or so, so you can focus on purchasing bombs and shields beyond that point.

Your Friend, the Fire Hammer 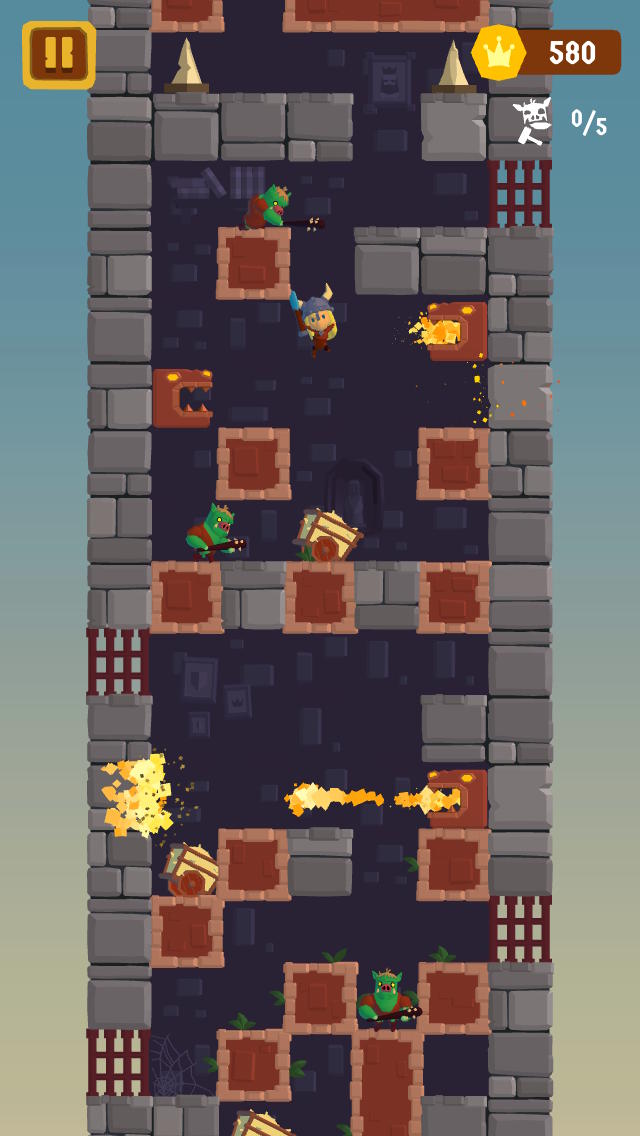 I had my doubts about the Fire Hammer in the early levels, when I was still overly concerned about dodging spikes, fire, and other obstacles. But once you master clearing and following a safe path down the tower, the Fire Hammer becomes the best tool in your arsenal. The further down you go, the denser the enemies and obstacles become. You’ll often need the Fire Hammer to proceed past certain placements of enemies, such as when your only path down is one block, then a spiky enemy. You could accomplish this with two very quick swipes, or you could mow them both down in one blast with a single swing of the Fire Hammer. This works similarly to take down any enemy or trap below a row of blocks when you don’t want to bet your survival on your ability to swing a hammer very quickly.

The other advantage of the Fire Hammer is its ability to gain combos on enemy kills when there are multiple monsters coming at you at once. Again, it relieves you of having to swipe quickly and gives you extra Fireflies in the process. 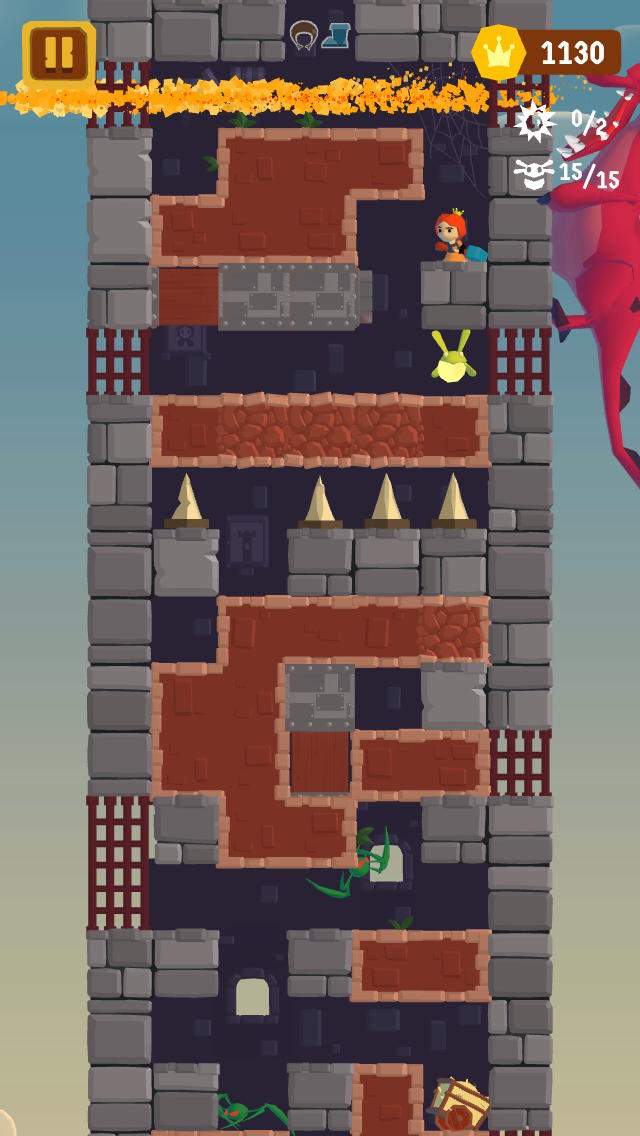 Your greatest struggle in the later levels will be finding safe spots where you can plan your route. Not only are traps and enemies packed in every few squares, but there are more windows where dragon fire will melt your princess down to ash if she lingers too long.

I can’t emphasize enough how important it is to pause when you have a safe space and plan your next move to a new safe space, if possible. Especially with that Fire Hammer, it can be extremely tempting to just blast your way through, especially when there is a clear path down the next few steps. This is even truer because by Level 5, 6, and 7 you’ve already spent so much time on this one run that you unconsciously speed up, so as not to waste anymore. If you find yourself speeding up as you dig deeper through the tower, take those moments between stages to take a deep breath and slow down before you press onward.

How to Earn Coins in Homescapes

Stranger Things: The Game – Where to Find all Eggos, Lawn Gnomes, and VHS Tapes