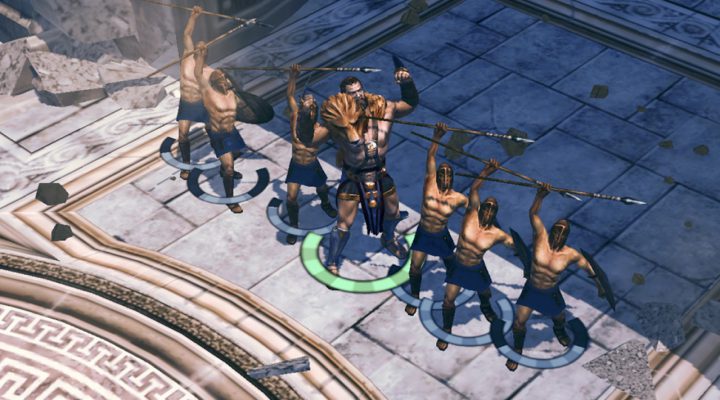 Olympus Rising is flaregames’s latest mobile title. It involves players rebuilding the home of the Greek gods, Mount Olympus, after a devastating coup. The remaining gods, Zeus and Hades, enlist the aid of the player to rebuild their home and utilize some of Greece’s finest warriors to reclaim the territory lost during the rebellion.

Gamezebo’s Olympus Rising tips, cheats, and strategies guide gives players some strategic concepts to take into battle with them, as they fight to reclaim the Greek islands and rebuild the home of the gods.

When you first begin Olympus Rising, Mount Olympus has just been decimated. There is barely anything left standing. Zeus and Hades task the player to begin reconstructing the city, which is easier said than done.

In Olympus Rising, the gods can summon lightning and fire with a snap of their fingers, but they can’t build their own temples. Instead the gods rely on mortals to do the heavy-lifting, and that means that players will either have to wait around a good deal of time to get some of the basic buildings complete, or they can use some of the free gems that players received early on in the game to instantly complete the construction.

I recommend partaking in the latter strategy, as it allows players to quickly bypass the dull construction phases of the game and get into the battles, which are far more exciting.

Put Your Defense To The Test 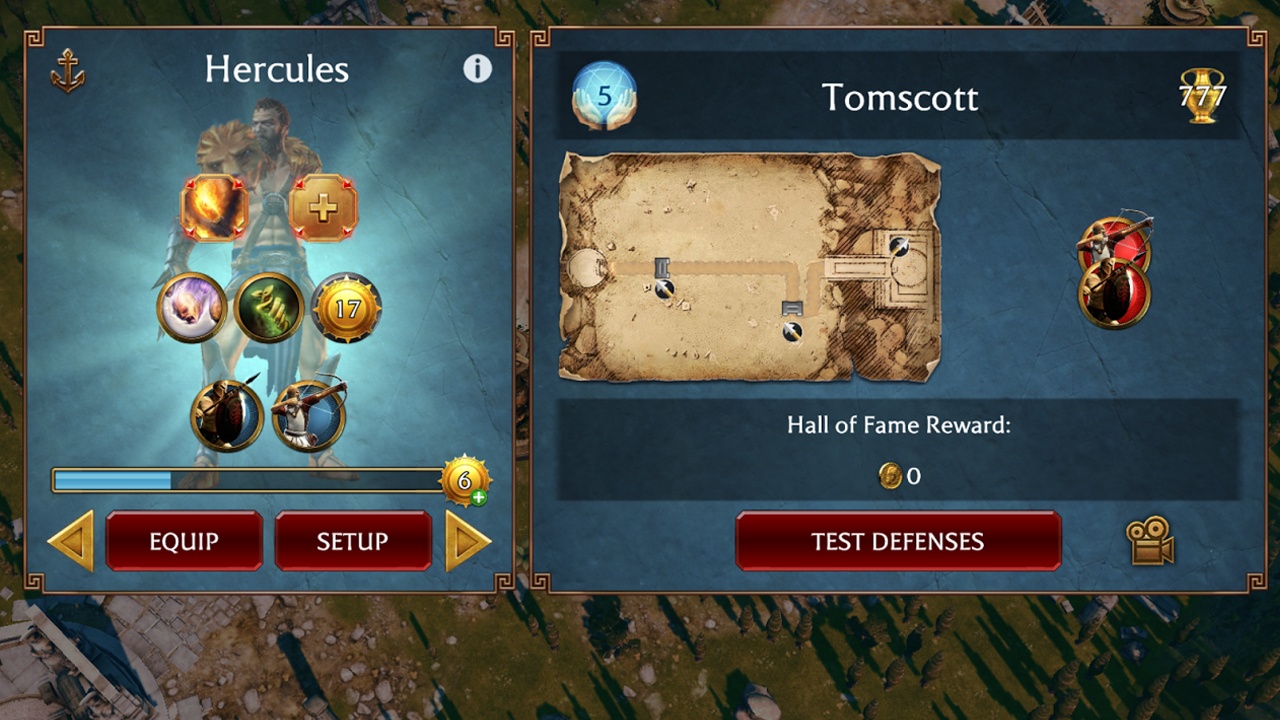 Defending Mount Olympus is one of the key objectives in Olympus Rising. As players work to rebuild Mount Olympus, they simultaneously are working on defending the city from invaders keen on stealing resources.

Once certain requirements are met, players can place a variety of obstacles in the area right outside the city gates to impede invader’s progress on their march to the city. Once an object is researched, purchased, and built, players can re-arrange it as much as they wish.

Players can even test out their own defenses to see how well things hold up. To do so, simply select any plot of land in the area outside of the city gates, and tap onto the sword and shield icon at the bottom of the screen to open the Test Your Defense menu where you can toggle which hero you take into the test. 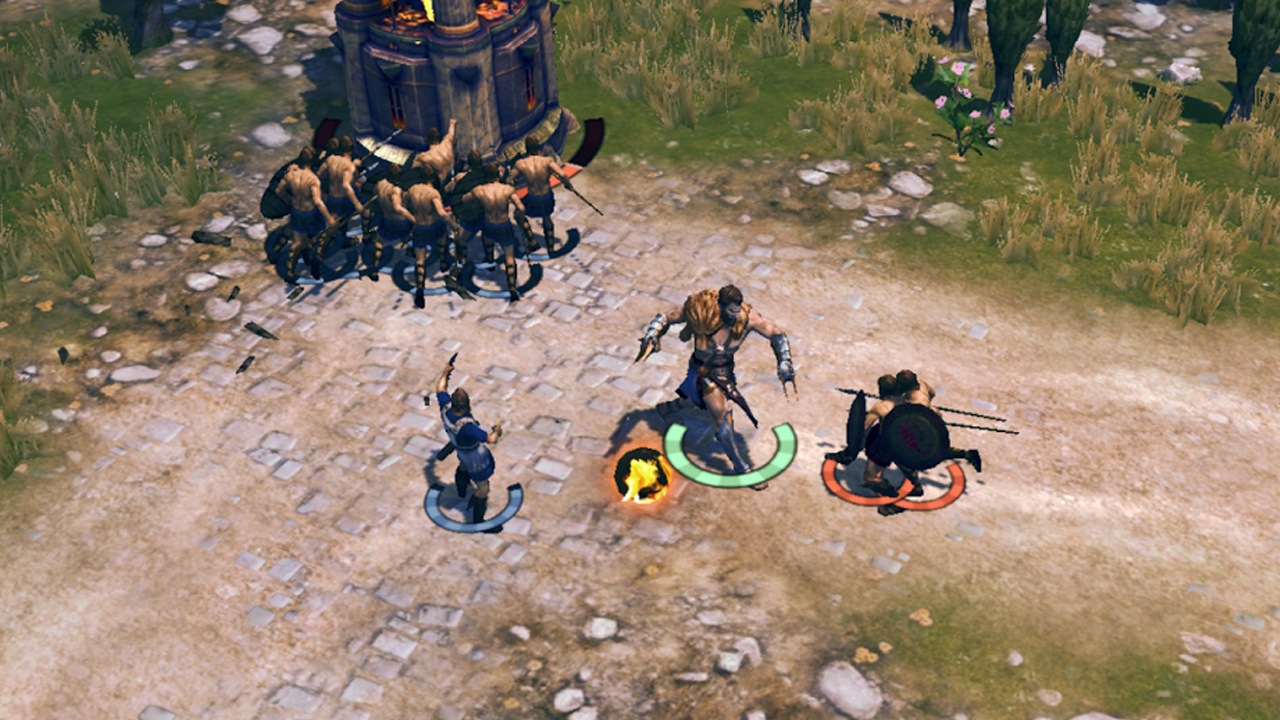 As you make your way through the enemy player’s defensive gauntlet, some of their towers are designed to lob burning rubble at the player. Luckily, with a few taps, players can get their hero to trot over to the burning rubble and kick it back up at the tower, dealing a good burst of damage to it. 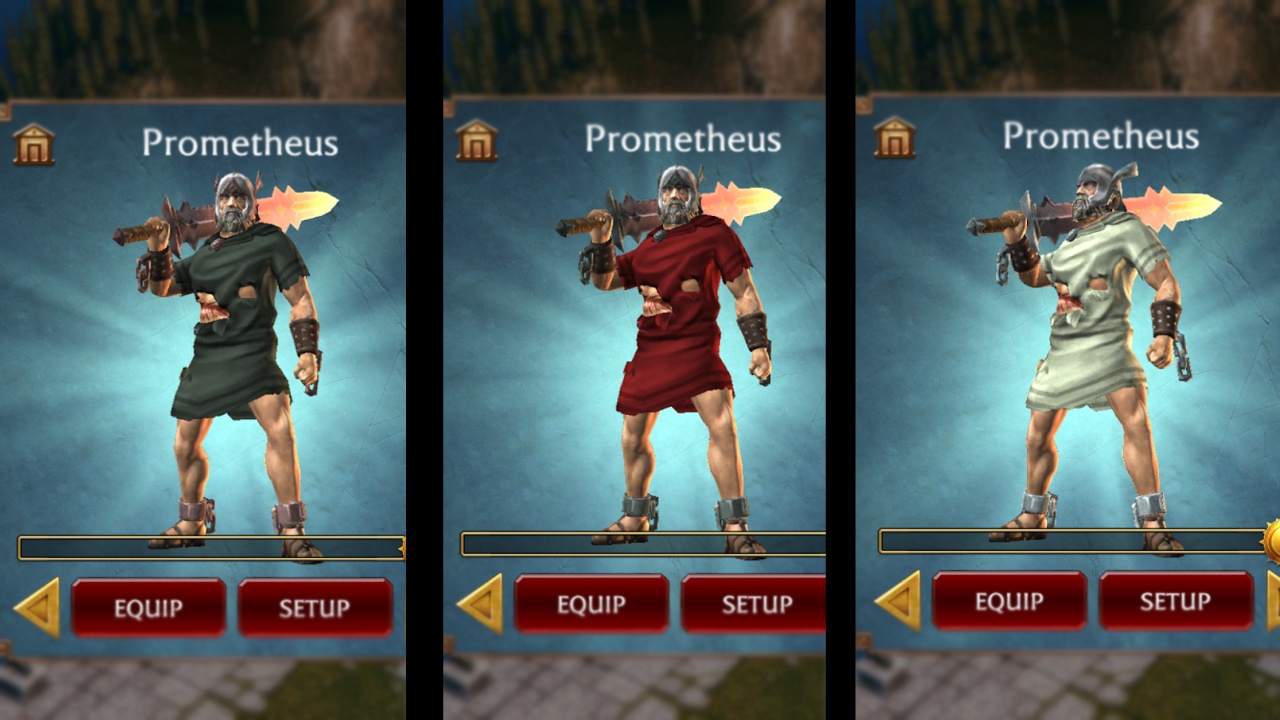 This really isn’t a tactical strategy, but it can help change things up if players begin to get fatigued by the same outfits their heroes are wearing.

While some gear that you get can change the look of a god (different helm, armor, weapon, etc.) sometimes you’ll go a long stretch of time without finding an upgrade. When this happens it’s handy to know that you can alternate the color scheme of the gear. Going into battle with a crisp coat of blue paint a breath of fresh air amidst all the bloodshed.

To access the color options, simply select the hero you wish to utilize, on their Hero Preparation menu look towards the bottom left for the “colorize” option.