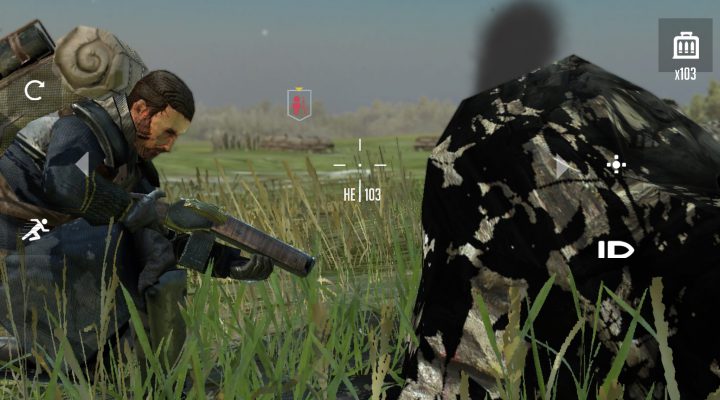 While there are many accusations that can be levelled at Noblemen: 1896, that it is lacking in the tutorial department is certainly not one of them.  More than thirty minutes into gameplay you’re likely going to be waiting for instructions on how to proceed when faced with a new game element. On the one hand, it’s great to feel so supported. However, it can also be frustrating if you’re looking for something quick and easy where you can just jump in and go. This is why we’re here with the five key things you need to know to get things moving (relatively) quickly in Noblemen: 1896. 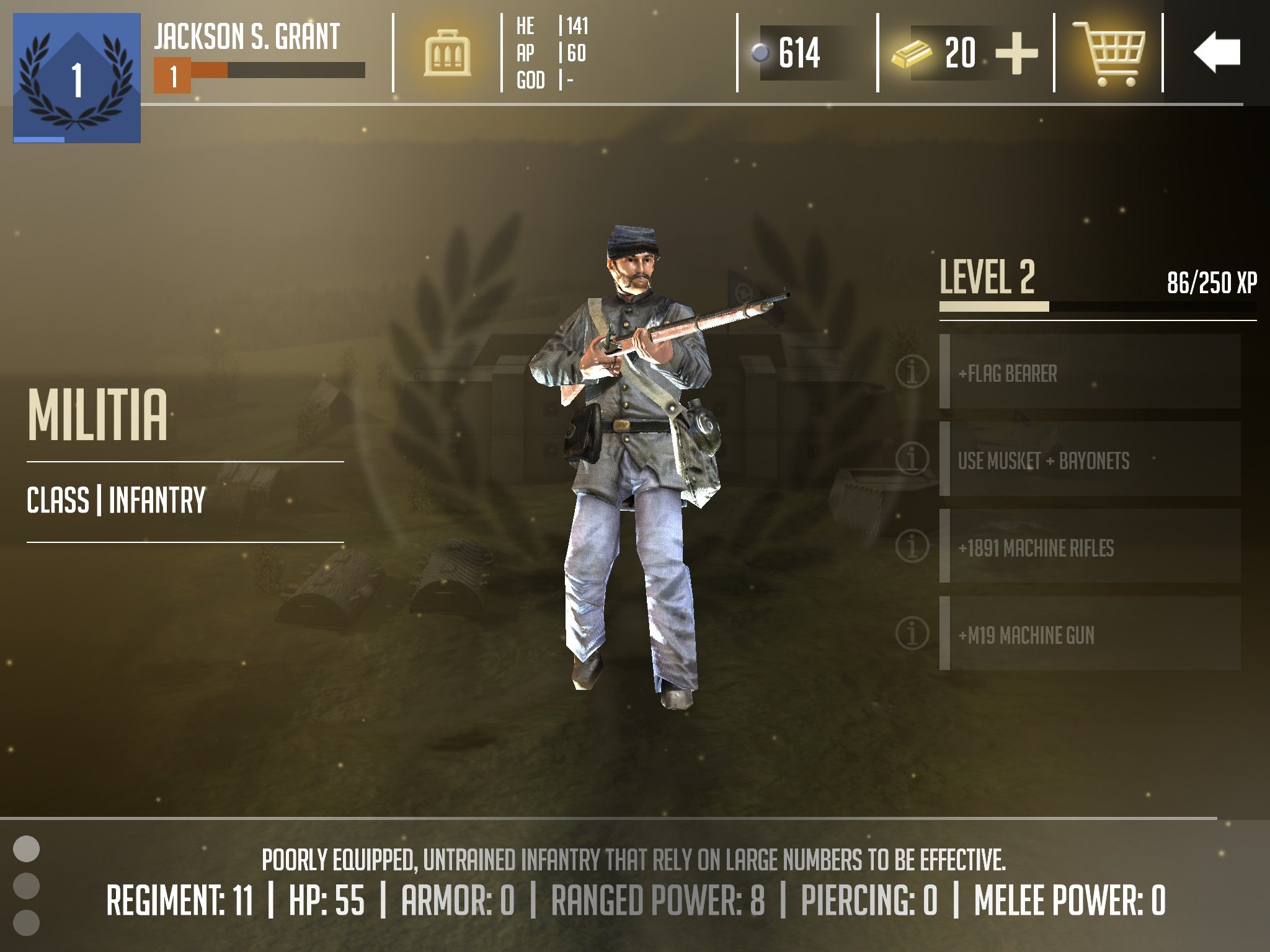 The game offers two main game modes. Do not confuse these with gameplay modes. The first type is the campaign. This is likely where you’re going to spend most of your time. It’s the more complex and intricate of the game modes, combining cover-shooter style battles and long-range board-based strategy. 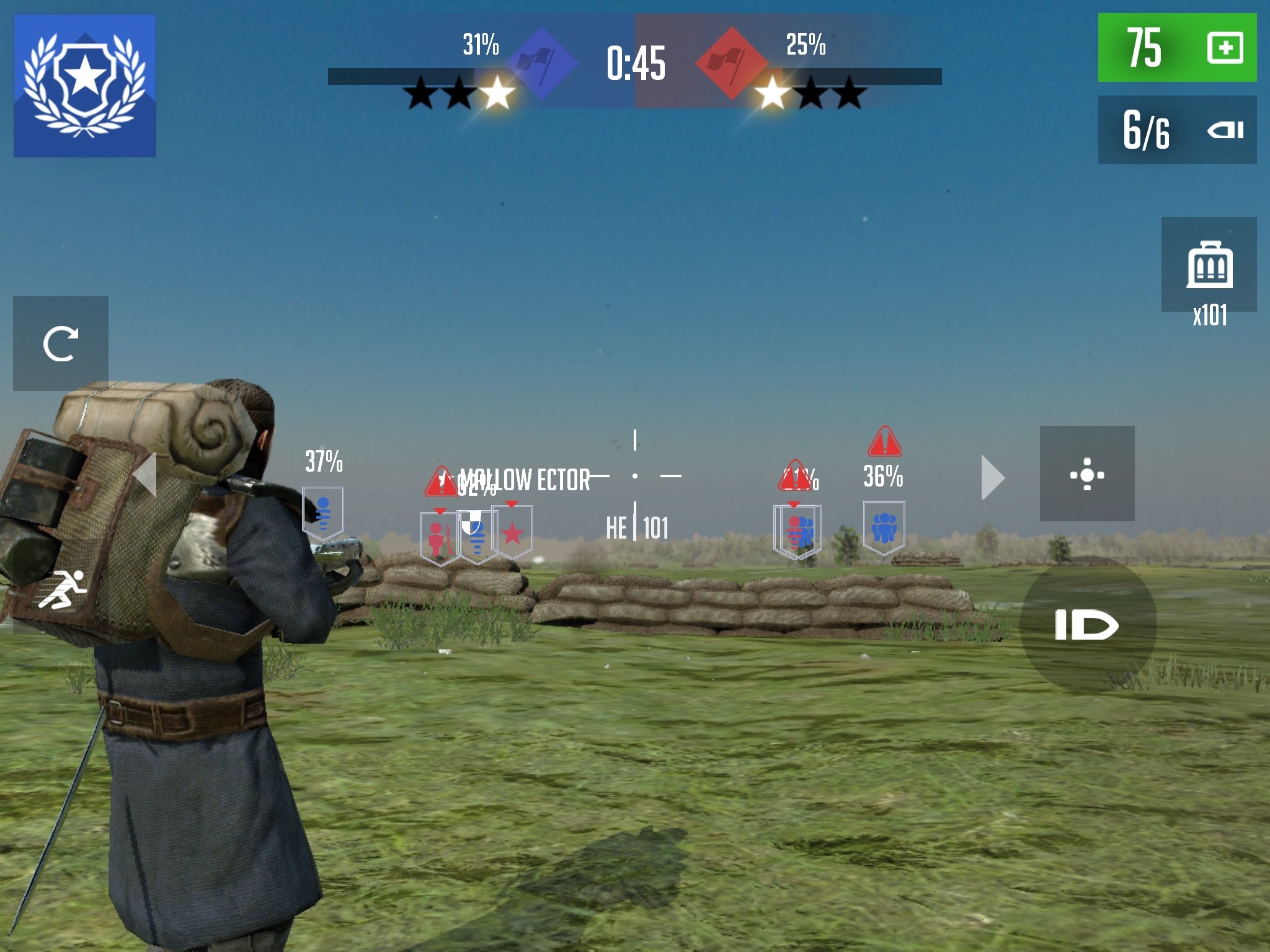 The other type is skirmish. Skirmishes cut through most of the strategy element and throw you onto the battlefield to duke it out. While the benefits of playing loads of skirmishes in the grand scheme of things is a little ambiguous, they are a great way to clear a lot of the clutter out of the game and really hone your battlefield skills.

The shooting dynamic of the game is covered in the tutorial, however it can be a little tricky to remember once the damage starts raining down from above on the battlefield. To aim, use touch on the right side of your screen to narrow down the basic area then the scope above the fire button to really hone in on your target. Straightforward right? It is so far. 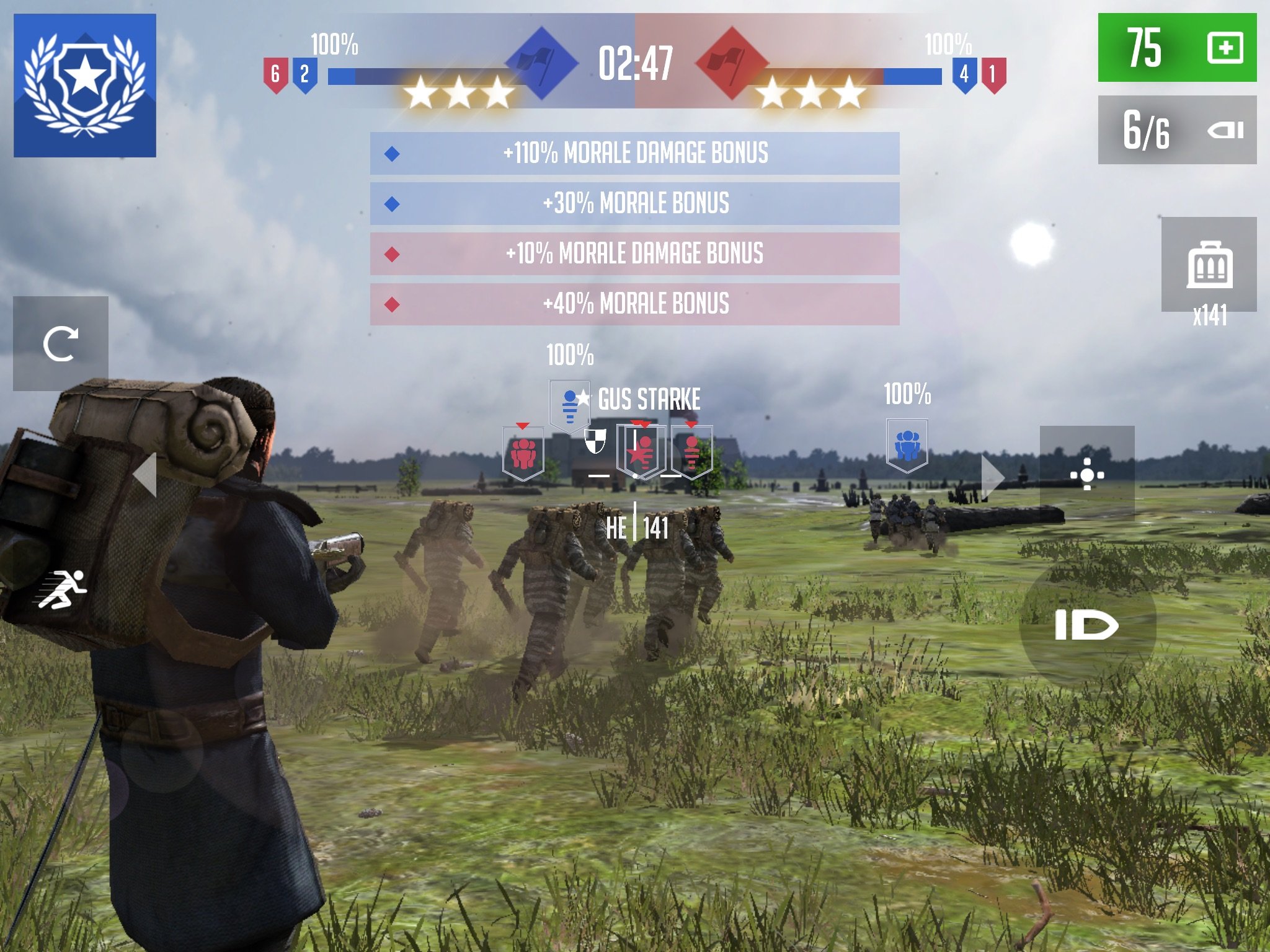 The hardest part of letting shots go is remembering that the fire button is the button that looks like it reads ‘ID’.  Keep that top of mind and it’ll go a long way.

Just as important, once you’ve let a few perfect shots go in a row don’t forget to reload. It is only 1896 after all – these guns only hold 6 rounds. If you leave it, the game will auto-reload for you but the timing on this is often less than ideal so you’re really better off doing it yourself.

If you’re not paying close attention in the Noblemen: 1896 tutorial (and perhaps even if you are) you might miss how to navigate around the map and make things happen. To move your militia, first check to make sure you have enough of the blue war points then touch your militia’s current location (if you don’t know where that is, check the base). A menu will pop up above the square that’ll give you the option to move. It’s only after you select move that you can select the target square to which you’ll move. 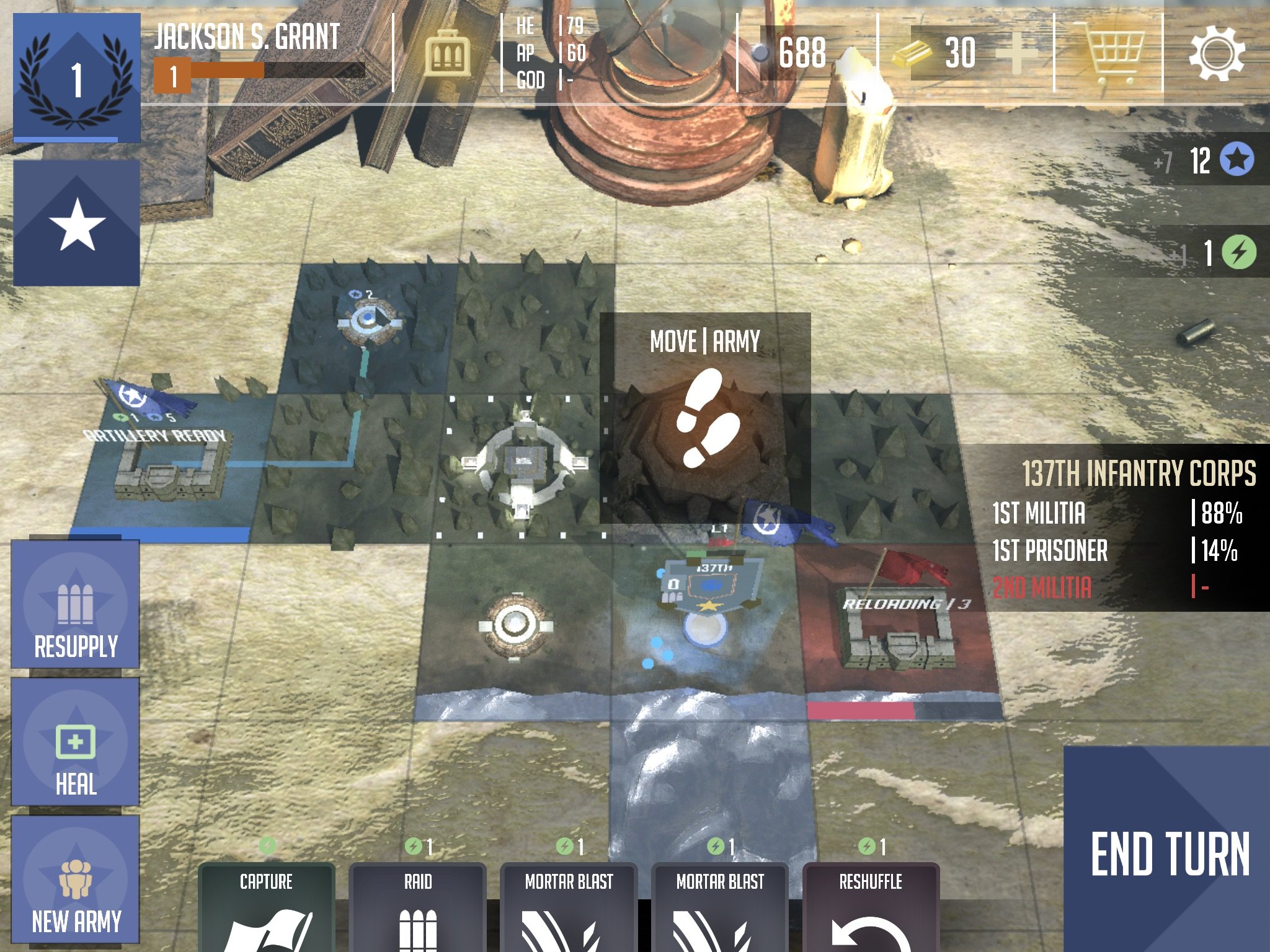 Unfortunately, there’s a few other things that might come into play before you’re able to move and get into battle depending on where you are in the game. Do your troops have enough supplies? Have you captured or seized those squares in ‘no man’s land’ that you need to traverse the game board? Here’s where the game can get a bit more frustrating, for despite all the handholding it does, sometimes it leaves you hanging in terms of the next step. 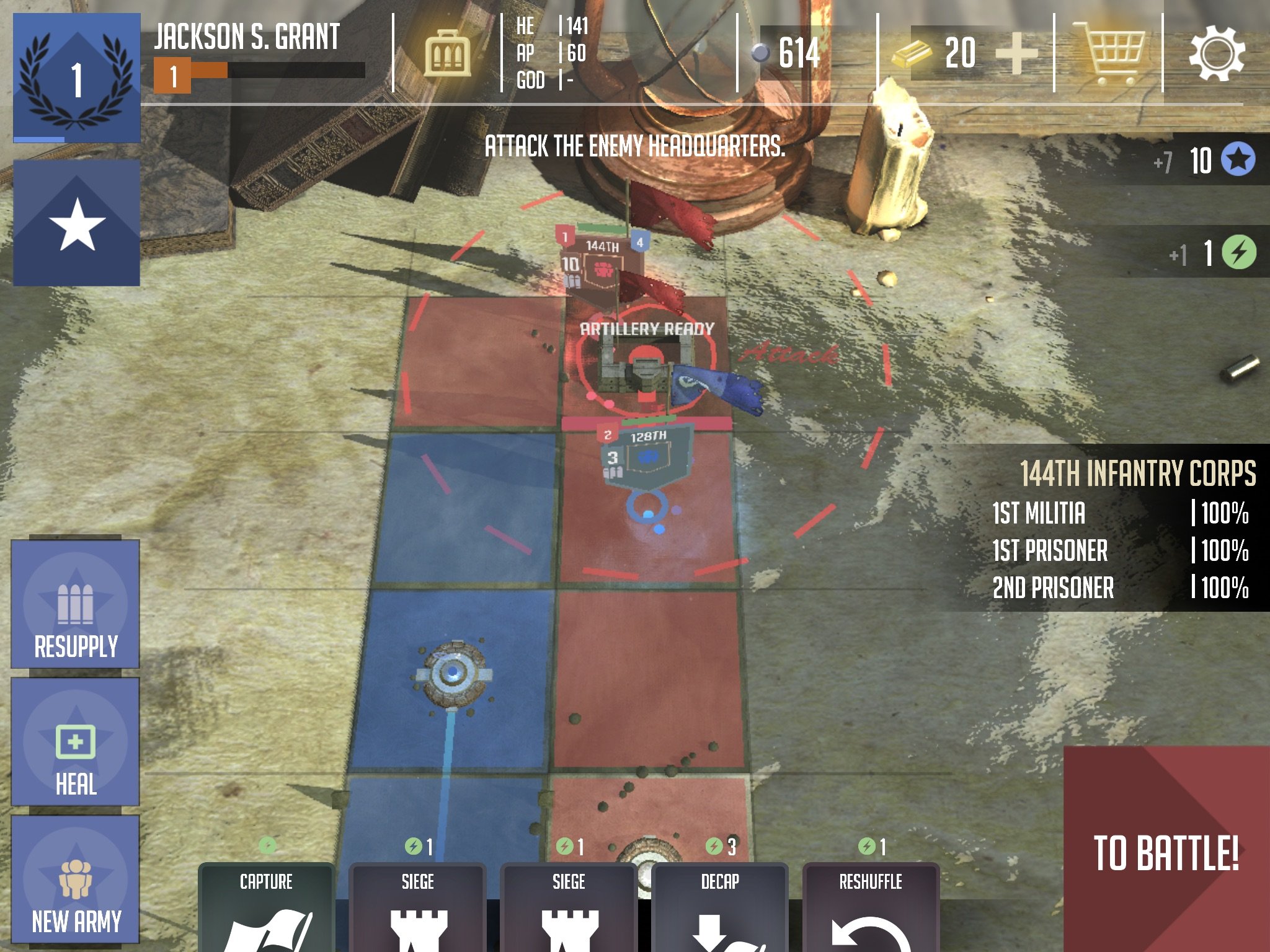 If you find yourself in a spot where you can’t seem to do anything, our best advice is to check your supply level, resupply if necessary then move through all of your militia units one by one and move them forward if possible.

There are two types of cover in Noblemen: 1896: (1) full cover and (2) light cover. When we talk about full cover we’re talking about sandbags, thick shrubbery and the like. Surprisingly most buildings do not provide cover, so keep that in mind as you run around the battlefield. 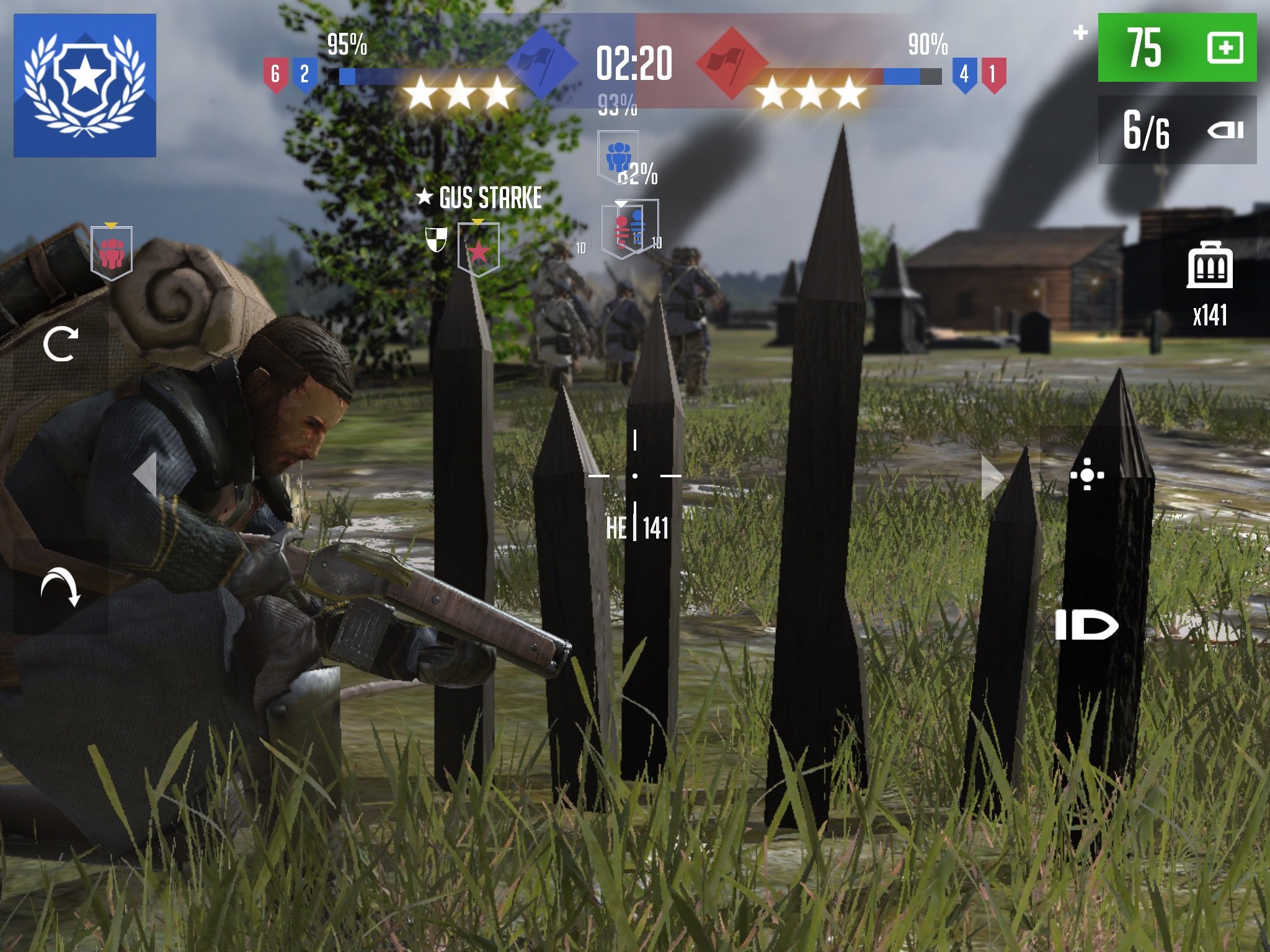 Light cover, by contrast, includes things such as light bushes and trees, but not (oddly enough) gravestones and other ornamental battlefield features so be careful. Unlike full cover which essentially offers 100% protection, there’s a ¼ chance that incoming fire will be able to make it through. Thus, while useful light cover should never be your first option.

Take up Your Swords 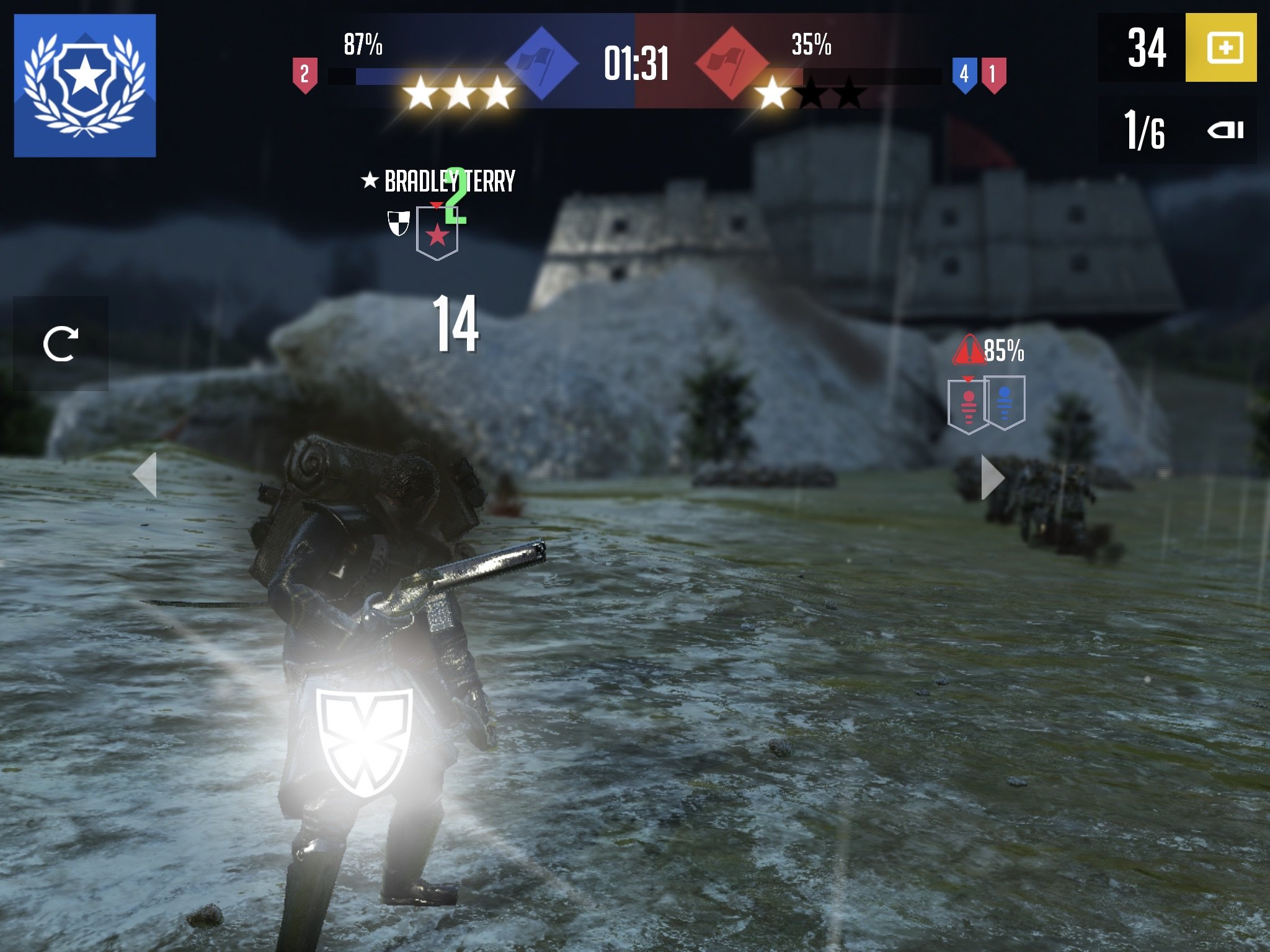 If only having two bullets in the chamber at a time is one of the most frustrating parts of life in 1896, one of the best parts is you don’t have to go into the field without back up. In Noblemen: 1896 you’re also equipped with a sword. Your sword is more accurate than a rifle, so close combat isn’t something to fear. Once you get close to enemy militiamen the melee option will appear almost automatically, so all you really have to do is tap to jump headfirst – well sword-first – into the action. 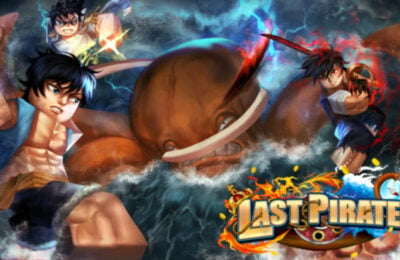 YBA Codes – Get Your Freebies! 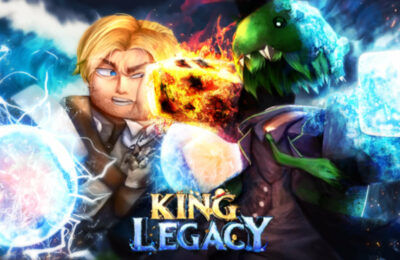 King Legacy Codes – Get Your Freebies!