Home / Walkthroughs, Tips, Cheats / Never Ever Runner Strategy Guide – Never Have You Ever Seen Tips and Cheats This Good 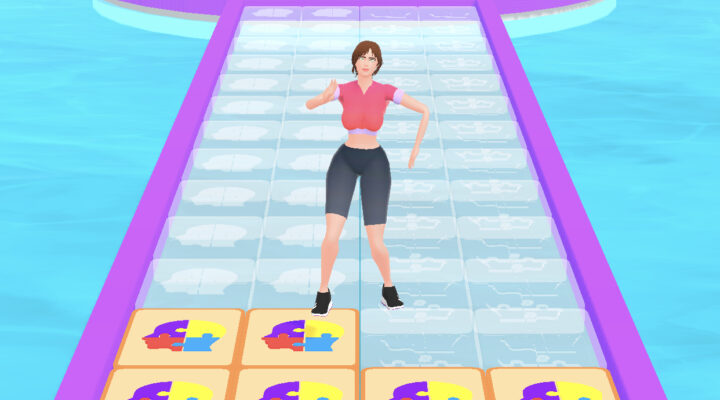 Never Ever Runner combines an auto-wanderer with a game of never have I ever. You’re walking down a path littered with gates, asked questions as you go. There are other things going on here as well, though, and you’ll need to have your wits about you if you want to win.

And since you almost certainly DO want to win, we thought it was a good idea to write this guide. It’s packed full of the finest strategies we’ve discovered during our time playing Never Ever Runner and now we’re sharing them with you.

It doesn’t matter if you’re about to make your first choice or you’ve already admitted to a game that you’ve done terrible things – there’s going to be something here to help you out. After all, these are the best hints, tips and cheats for Never Ever Runner.

Pick up the tiles

The tiles are how you build a bridge up to the present that will unlock the next section of the game. Whenever you spot any, you should try and grab them. They stack, so any you add in one level will still be there at the end of the next one, so long as you’re still in the same section.

Answer however you want

The answers don’t really matter all that much. You’ll get different personality points depending on how you answer, but as we’ll see in the next tip, that doesn’t really count for that much. Be honest, don’t be honest – the choice is entirely up to you, and it won’t change that much either way.

What are the gems for?

You can spend the gems on adding extra points in your personality meters at the start of each level. The first upgrade in each stat is free, after that you’ll have to spend incrementally more gems each time you boost. The higher your score in each stat, the more costumes you’ll unlock.

Avoid the other people

Try and avoid bumping into the other people who are moving around on the levels. They’ll slow you down and it’s pretty annoying. There are some you have to come up against – tap the screen to slap them down and keep moving forward.

Pause if you want

If you need some time to make a choice or decide which direction you’re going to head in, you can lift your finger off the screen. This will stop you dead. When you’ve made your choice, put your finger back down and you’ll start walking again.

I Want Pizza Strategy Guide – Serve the Best Slices With These Hints, Tips and Cheats