Home / Walkthroughs, Tips, and Cheats / Need some tips for the War game mode in PUBG Mobile? 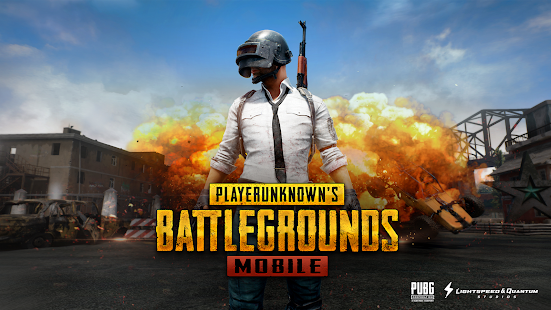 Fans of the incredibly popular PlayerUnknown’s Battlegrounds will know all about the new game mode ‘War’ added to mobile devices. For those of you who don’t know about it, keep reading.

The game mode War in PUBG brings a much more intense play-style to your mobile device. For those of you who don’t know, the default game mode in PUBG is a Battle Royale where 100 people start and only one squad or individual can win. The map size is humongous for a mobile game, leaving several long periods where you are hundreds of meters away from anyone.

The ‘War’ game mode addresses the problem of spaces without people by restricting you to a much smaller play area and small lobby size. Play alongside 20 individuals inside a tiny zone that shrinks the longer the game goes on for. On top of that, there are fewer buildings which means significantly less loot. When you drop in, you are randomly given a weapon and have a time limit to get as many kills as you can. 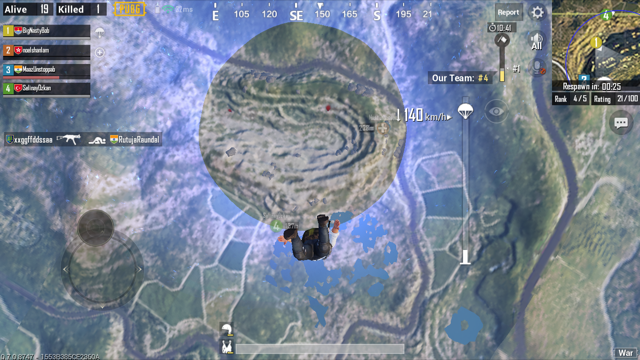 The best part of the game mode has to be the increased amount of supply drops. The red obnoxious smoke means everyone in the lobby can see every supply drop, and you best believe they are worth getting. The most common gun people start with is the Kark 98, a bolt action weak sniper rifle. So if you manage to get the loot out of the crate without being spotted, you’ll have a unique advantage over everyone around you.

The biggest difference between War and the standard Battle Royale is the respawns. War is a deathmatch game mode, with a set amount of kills needed to win and a time limit. The game mode is unlocked on mobile when you reach past level 10, so you should try to rank up quick if you find the Battle Royale mode a little too drawn out. 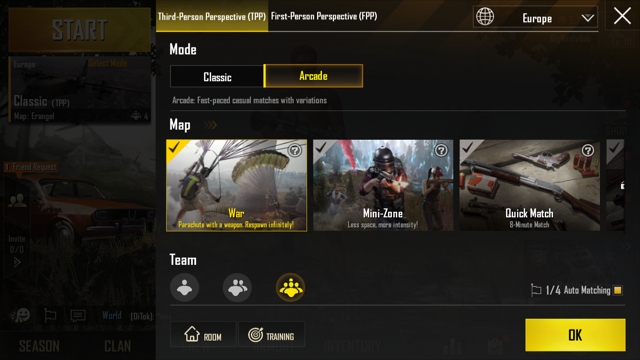 Plenty! Although I would normally recommend dropping in the middle and fighting your way out, that’s not the way to win a war. At the start, the zone is at its biggest, so look around for any buildings to loot. After a couple minutes these buildings will be out of the zone or will have been looted, so try to get there as early as possible.

After dying you’ll have a tactical advantage for spotting the location of any supply drops, so its best to aim for one of those. I personally wouldn’t land too close to the supply drop, as odds are you aren’t the first person to have spotted it, and people on the ground can pick you off easily if you land on top of it. You should aim to land fifty to a hundred meters away from the crate, so you can spot if anyone is camping on it, or watching it from a distance. 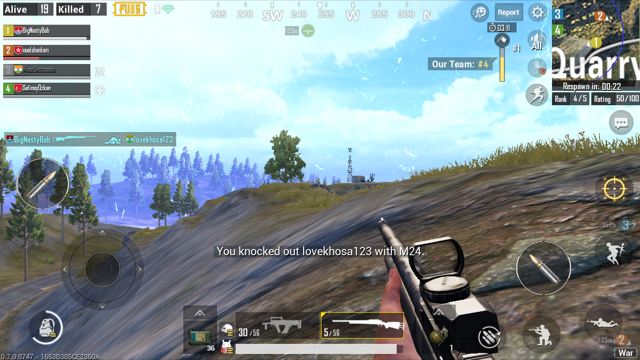 If you are spawning in after being killed, then you should aim for the edges of the zone. You are less likely to be killed immediately if you are at the edge, plus you have one less direction to be constantly watching. If you drop in the middle, you could be shot from any direction at any time, which means defending yourself is almost impossible.

Lastly, if you are given a Kark from spawn, then don’t keep aiming. If you bump into an individual keep your crosshair in the centre and move your body to line up the shot. If you move the crosshairs you’ll stop walking which makes you an easy target for everyone else. The Kark starts off with a scope which is another booby trap for a noob, if you scoped in on someone you are an easy target, plus your field of view is seriously restricted. So keep moving, don’t scope in for too long and remember that you respawn, you don’t need to go all out for one kill if it will get you killed.

Grab a free copy of PUBG Mobile from the App Store or Google Play today.