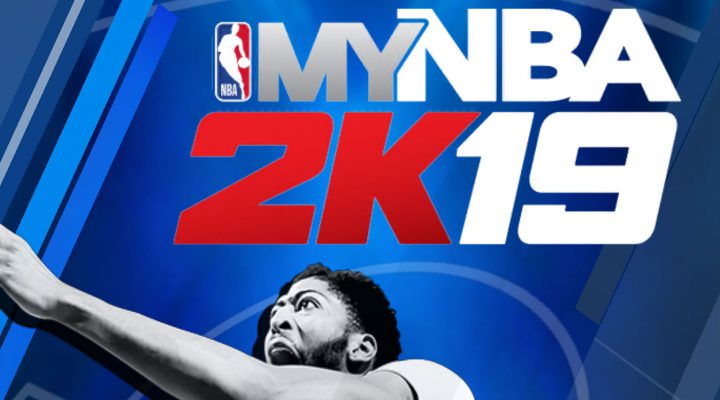 Shuffle up and deal isn’t something you normally consider when thinking about a basketball game for your phone or tablet, but it is when we’re talking about My NBA 2K19. For several years, 2K has been rolling out a new version of this title, which acts as both a companion to NBA 2K19 on consoles, allowing you to scan your face into the game and earn Virtual Currency, as well as serve as a standalone card game.

It’s the latter that we’re talking about here. My NBA 2K19 is based on a very simple premise of matching card stats against those of opposing players in quick games across several different modes. As in most card-based mobile games, basketball and otherwise, the object is to grow your collection, continue to improve your best cards and see if that cycle can lead to more success. It can be a bit of a grind, but since there’s no energy system, you can drop in and play just a game or two or have at it for an hour or more.

Because any 2K hoops game on mobile could be someone’s first, we’re going to start with the very basics and go from there. You have to dribble before you can score, after all. 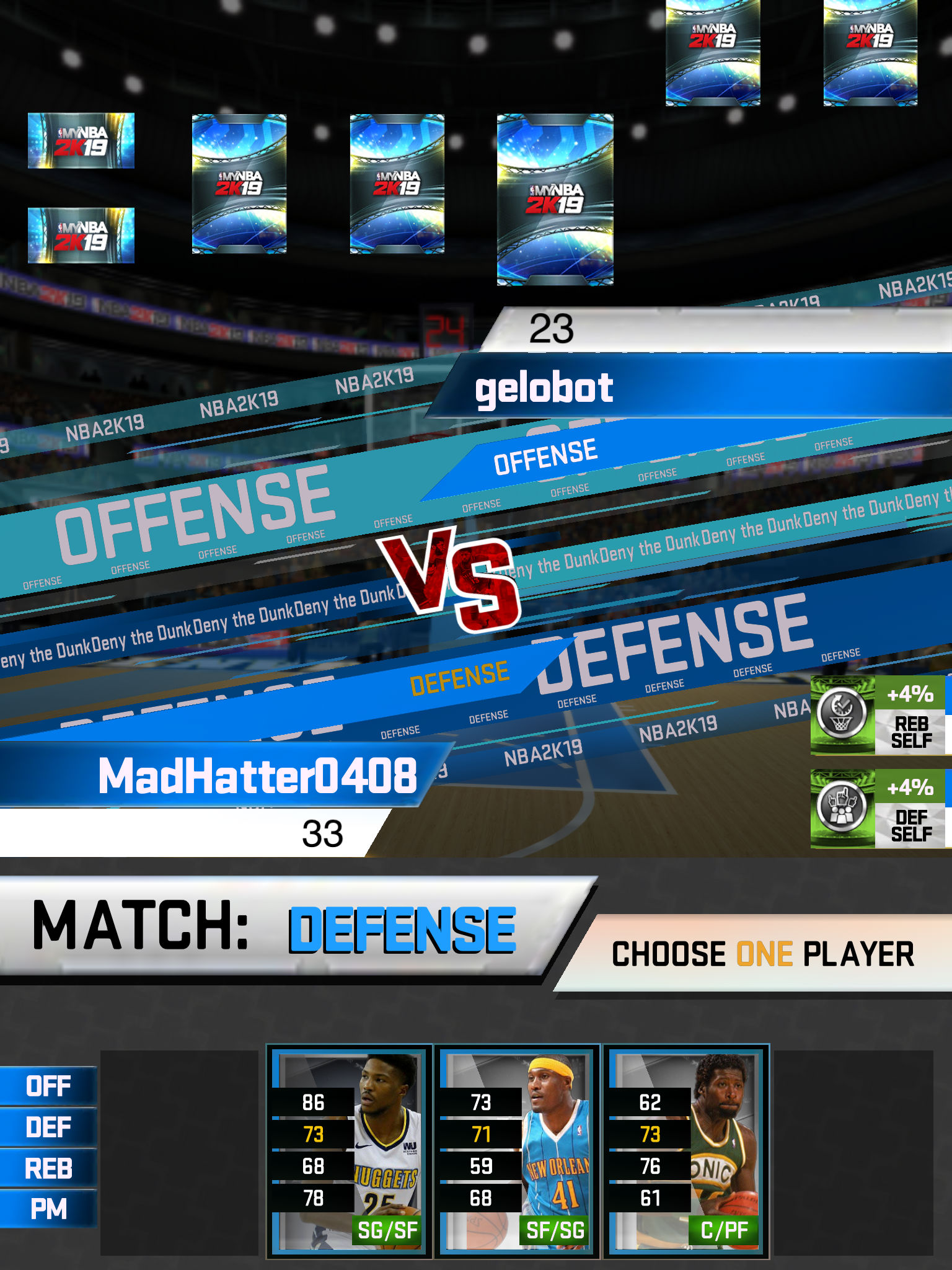 The simplest mode, Quick Game, consists of four quarters of play, with each quarter consisting of a battle between either one or two cards on your team and the same number on the opposing team. You are told which of the four stats (Offense, Defense, Rebounding or Playmaking) you need to compare, and you simply tap on a card or cards to start the battle. The game compares the stats, a small animation plays out, and you either win, lose or tie that quarter, with points racking up for both teams. At the end of four quarters, whoever has the highest score wins; in case of ties, an overtime battle is played.

There’s not much strategy involved other than deciding when to use support cards, which can be played once per game to boost a specific stat, and whether or not you want to play your best card first or save it for the fourth quarter. Your goal should always be to win three of the four quarters, assuring you’ll win the larger game.

Other game modes, including 2 on 2, Reigning Threes and The Gauntlet, have their own rules, but everything in My NBA 2K19 comes down to comparing stats in the end.

How to Get More Cards

Bonus tip: Often, My NBA 2K19 will ask you if you want to watch an ad in exchange for four more selections from the draft board. You’ll want to do this as often as possible, or at least as often as you can stomach the ads and they are available, as it greatly speeds up the acquisition of more cards.

There are several other ways to get more cards too. Completing daily training goals, which you can access by clicking on the star icon next to your player name at the top of the screen, will earn you tickets that can eventually be traded in for cards. An in-game store can be found via the shopping cart icon on the bottom of the main screen, which will allow you to buy card packs for credits, the game’s premium currency. Credits can be purchased for real money or won (albeit very slowly) from the draft board.

The store also has a free card pack that you can claim once every four hours, so it’s a good idea to visit every time you log in.

How to Improve Your Cards

While getting rarer cards will always help your team, you can also improve the cards you already have. That’s what practice is for, right Allen Iverson?

We kid, A.I. If you tap on any card you own before you start a game or from the card catalog, you’ll see a screen that looks like this: 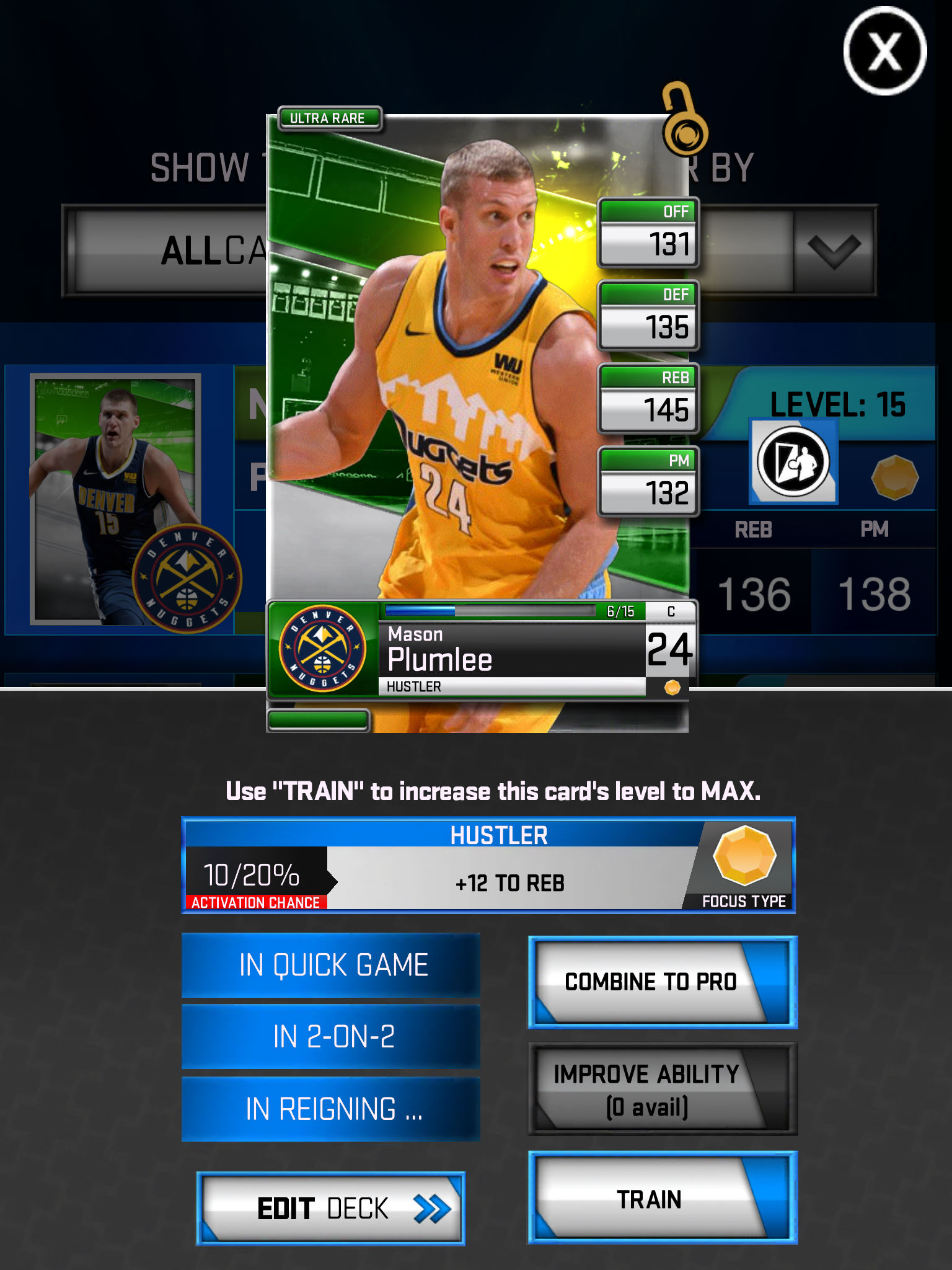 If you tap on the ‘Train’ button, you can then practice the time-honored tradition of “feeding” cards you don’t need to make your best cards even better. Every card can be leveled up to at least level 10, with higher rarity cards capable of being leveled up even more.

Finally, you can turn a card into a Pro version with much better stats by combining it with a duplicate card (same player, same rarity). While this can be done at any time, it’s best to wait until both cards are fully leveled up for the best possible stats.