My NBA 2K17: How to Win More in Blacktop Challenge Mode 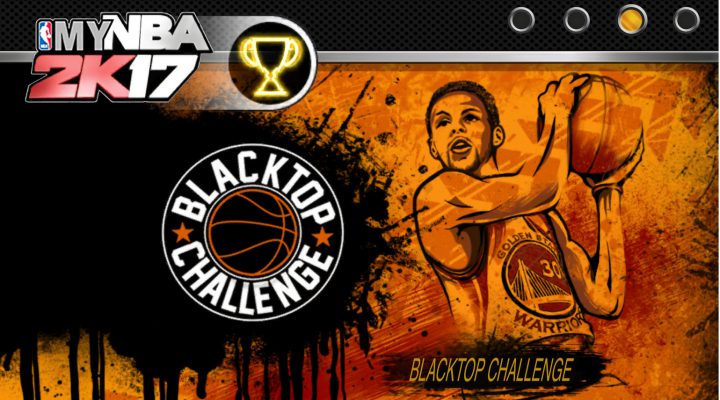 There’s no lack of things to do in My NBA 2K17. Unlike many free-to-play mobile games, there’s no energy system that limits your play sessions, so you can knock out Quick Games all day long if you want. The Season mode is a long term investment of time as you manage your squad’s energy over 82 games, and the console game connectivity is an option too if you own a copy of NBA 2K17.

But by far the most interesting game mode is Blacktop Challenge, a fast-paced, occasionally frantic affair that throws you into the mix with nine other teams and challenges you to beat as many of them as possible in three-minute rounds. The rewards you can win, even if you don’t finish on top, make it well worth your time as well.

As Herm Edwards once said about another sport, though, you play the win the game. Read on and we’ll tell you what we’ve learned about succeeding in any My NBA 2K17 Blacktop Challenge you enter.

Start with a Strong Deck 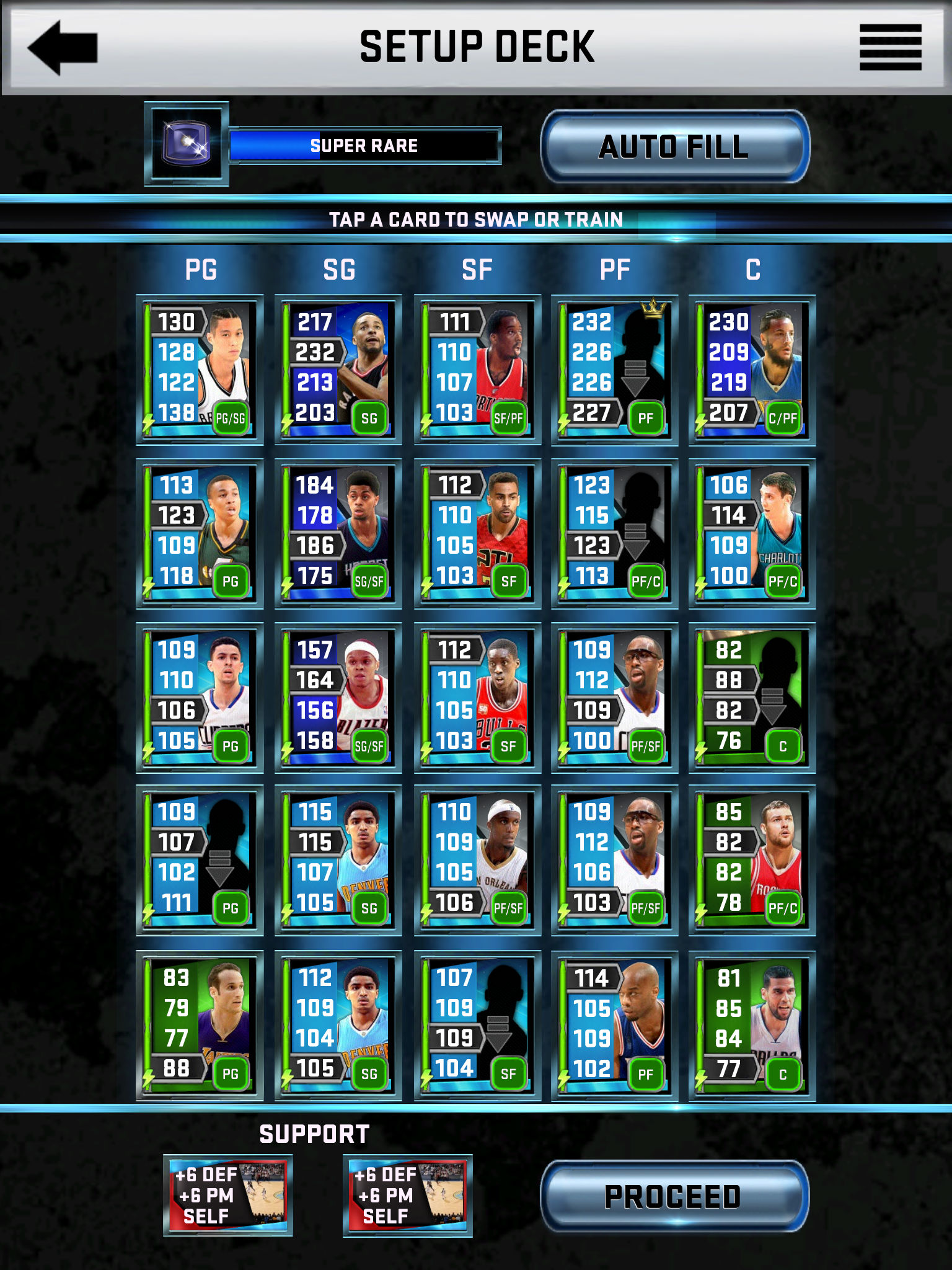 Unlike Quick Game, which only requires you to have five good cards – or the equivalent of a real life NBA starting lineup — you’ll need more players to take the top spot in a Blacktop Challenge. The deck for this mode uses 25 players, five at each of the five positions, and two support cards. You can tap the ‘Auto Fill’ button to pick what the AI thinks is your best lineup or choose each player by hand, but you can’t even participate without a minimum of 25 players.

You also won’t receive any mercy in a Blacktop Challenge, as the game doesn’t sort participants by tier as it does in other modes. That means you’re unlikely to have the best deck in any group of 10, and while you can still secure a good finishing spot despite that, you’re going to want as strong and as deep a deck as possible for the best chance of success. 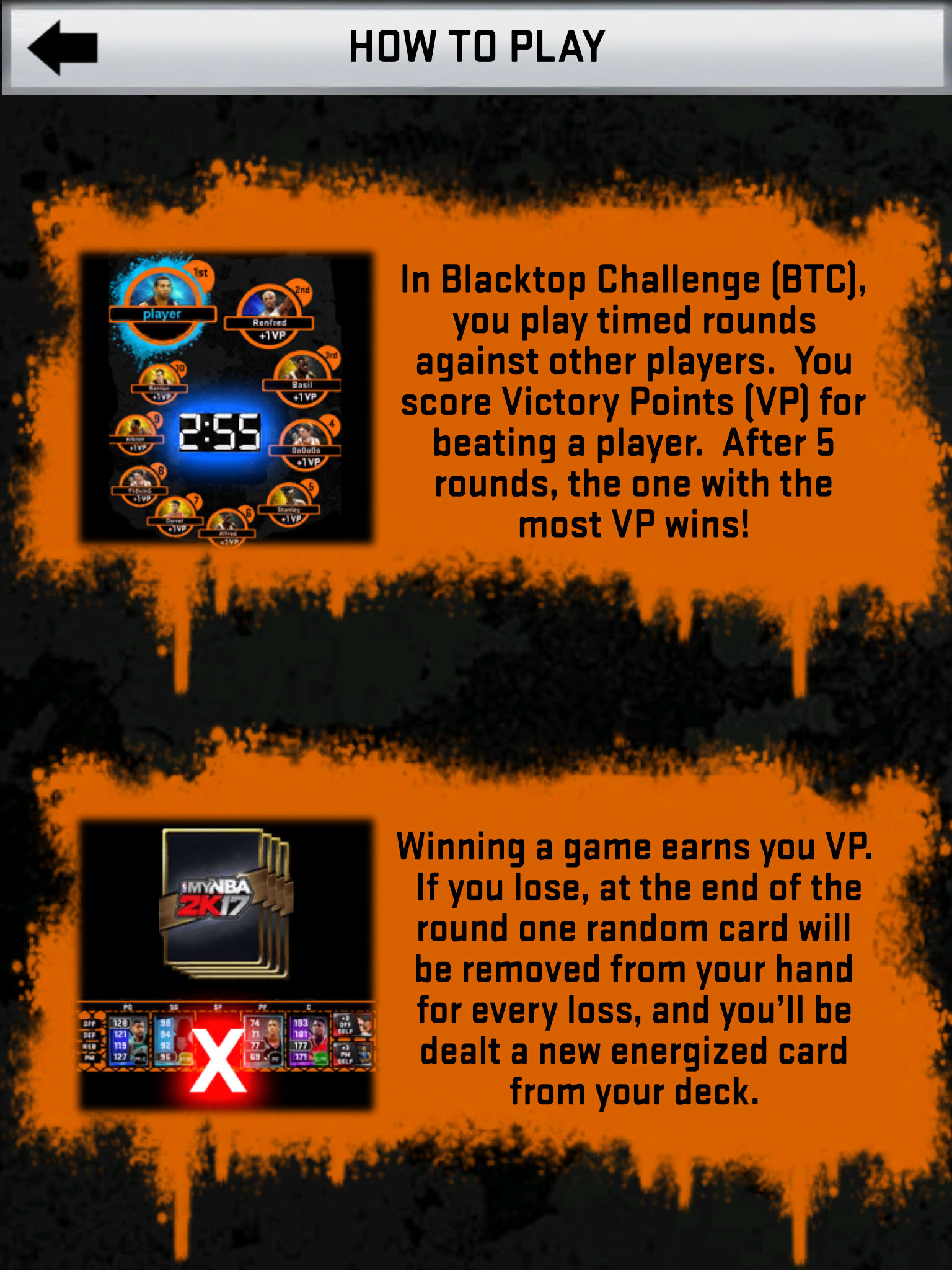 A Blacktop Challenge is essentially a series of Quick Games where you get to pick your opponent out of a group on nine other players, but they’re all doing the same thing at the same time. There are five three-minute rounds in all, with a short break in-between each rounds.

For every win you get, you’ll receive Victory Points (or VP), and the idea is to end the entire Blacktop Challenge with the most VP. But there are some interesting twists that can throw a monkey wrench into the whole thing: 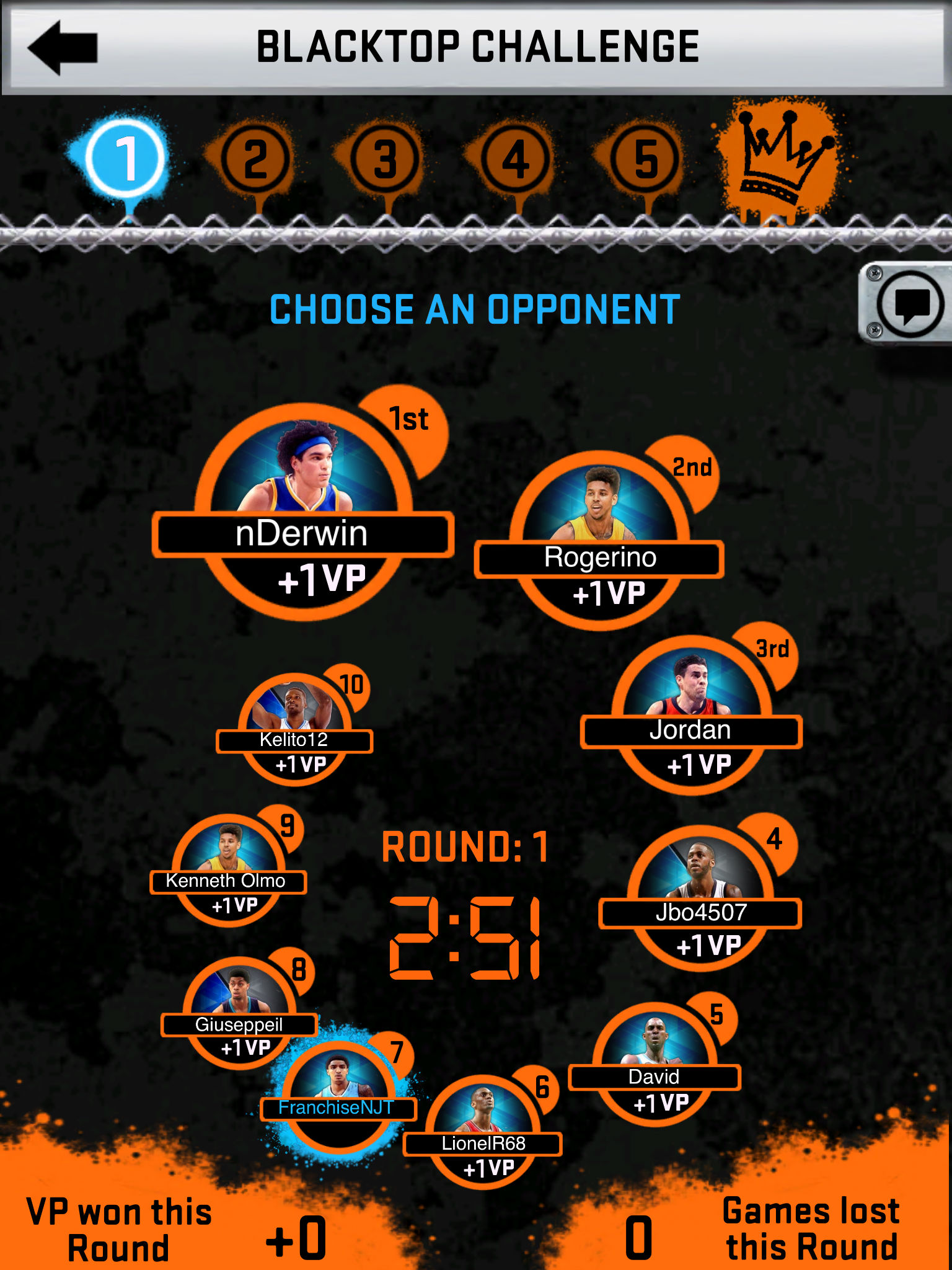 Once you’ve become comfortable with how the Blacktop Challenge mode works, it’s time to move on to the nitty gritty on how to win. Here are our top tips:

Plus, we’ve even got one super special tip that can be key to finishing first:

A Note on Blacktop Challenge Rewards 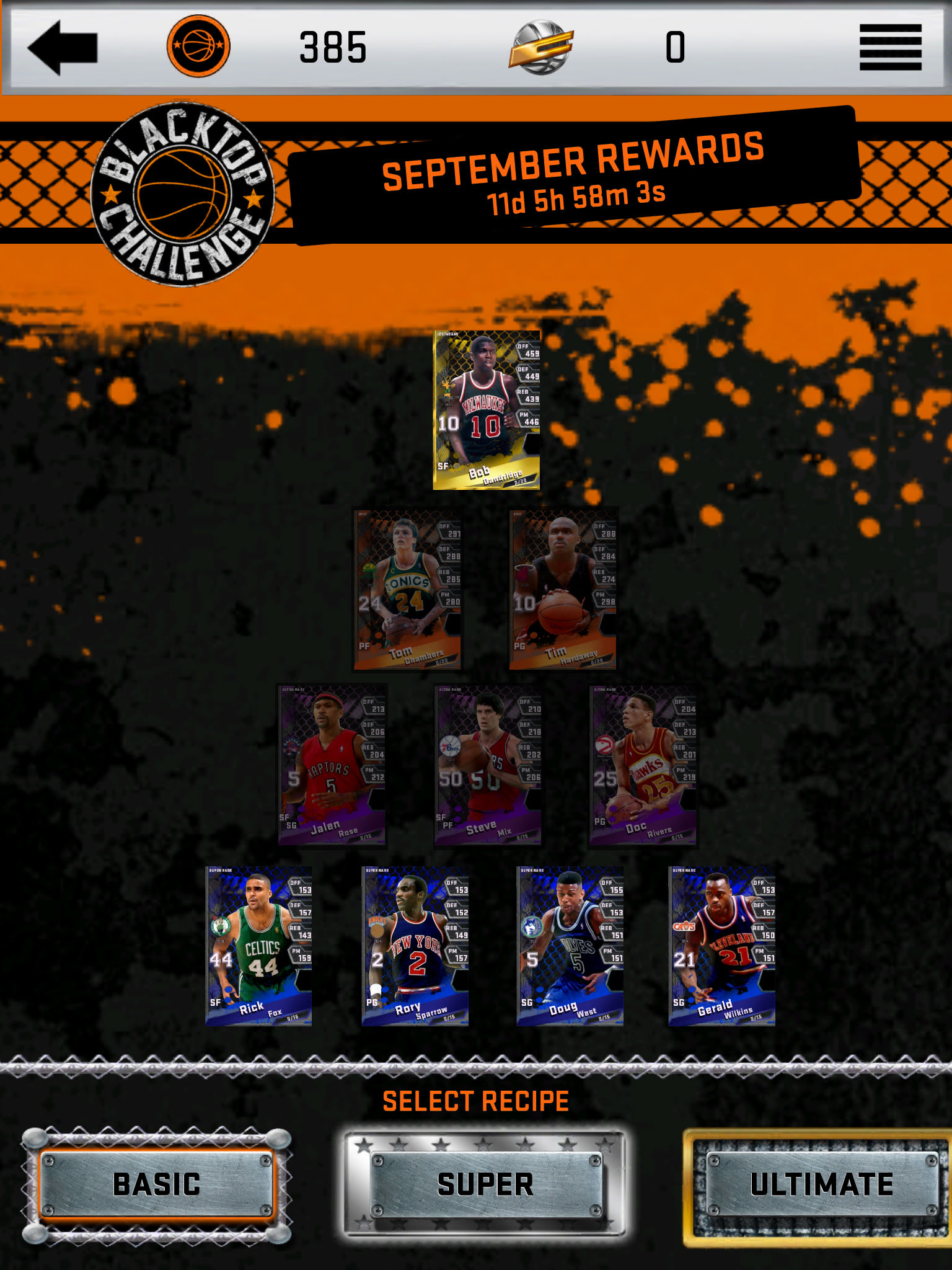 For placing well in a Blacktop Challenge, you’ll earn two things. One is a large number of draft picks from the board of cards you see at the end of every Quick Game, which can be helpful for racking up large numbers of low level cards to level up your top players.

You also receive Reward Points that can be used to create special cards you can only earn from this mode. To see them, tap the ‘Ultimate Creator’ button from the Blacktop Challenge main screen. What you’ll see is a pyramid of cards ranging from Super Rare to Legendary (at least at the time of this post), that can be created by the use of certain recipes accessed by buttons at the bottom of the screen.

Each recipe requires a certain number of cards: Players, Extras, Enhancements and Abilities, all of which are tracked by the recipe screen except for the players. Once you have the ingredients, you simply tap the ‘Create’ button and you’ll have a new card. The proper number of Reward Points will be deducted when you do. Note that you can also use Credits to make up for any missing cards if necessary.

Blacktop Challenge reward cards appear to be exclusive to the Ultimate Creator and reset on a monthly basis. That’s reason enough to play this mode often, and now you’ve got the know-how to win, Good luck!