Mortal Doll Strategy Guide – Dodge the Doll With These Hints, Tips and Cheats 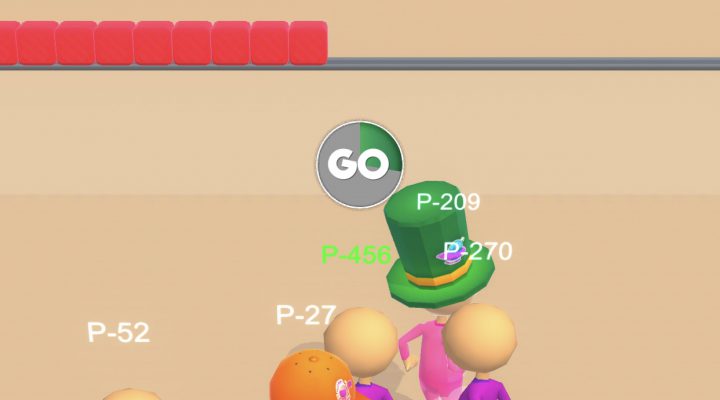 There are loads of games available on the mobile app stores that are trying to get in on the success of Netflix’s Squid Game. Mortal Doll is one of them. It’s a version of the first challenge in the show, with a red light, green light movement system and a murderous doll that’ll shoot you if you break the rules.

We’ve put together this guide to make sure you’re going to be reaching the finish line without getting riddled with bullets. If you follow these strategies then the doll isn’t going to be able to get a bead on you.

Whether you’ve played the game multiple times or you’re just starting out, there’s going to be something here to help you out. So without further ado, here are the best hints, tips and cheats for Mortal Doll.

Look above your head

The circle above your head tells you when it’s time to move and when it’s time to stop. It’s easier to see than the lights at the back of the level, and gives you a much better idea of when the doll is going to start shooting. Try to make sure you stop before the green circle is completely filled.

Watch out for moving things

Obstacles that move can pose some real problems if you stop close to them. If you’re moving in anyway when the red lights are on, you’re going to die. Try and make sure you’re well away from any moving items of scenery when the lights are about to change, even if it means stopping a second or two early.

The only aim of the game is to get to the finish line. There’s no time limit and it doesn’t matter if you’re the first or the last to get to the end. That means that sometimes it’s best to stop just short of the finish line to make sure you don’t get shot. It’s better to get across the line safely than take a risk and end up dead.

You’ll sometimes see keys hovering above the play area. If you can pick them up safely, you should try and do it. Once you’ve collected three keys you can open some piggy banks to get extra cash and costumes. Don’t try and get a key if it’ll put you in danger, there’ll be another one along before too long.

What is the cash for?

You can spend the cash you collect on new costumes and other aesthetic changes. They’re fun, but they don’t change anything about the way the game plays. We’d suggest not bothering to watch the videos to earn more, it’s mostly a waste of time.