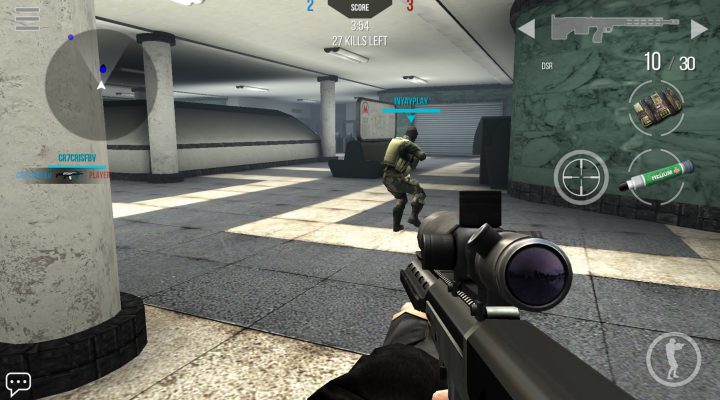 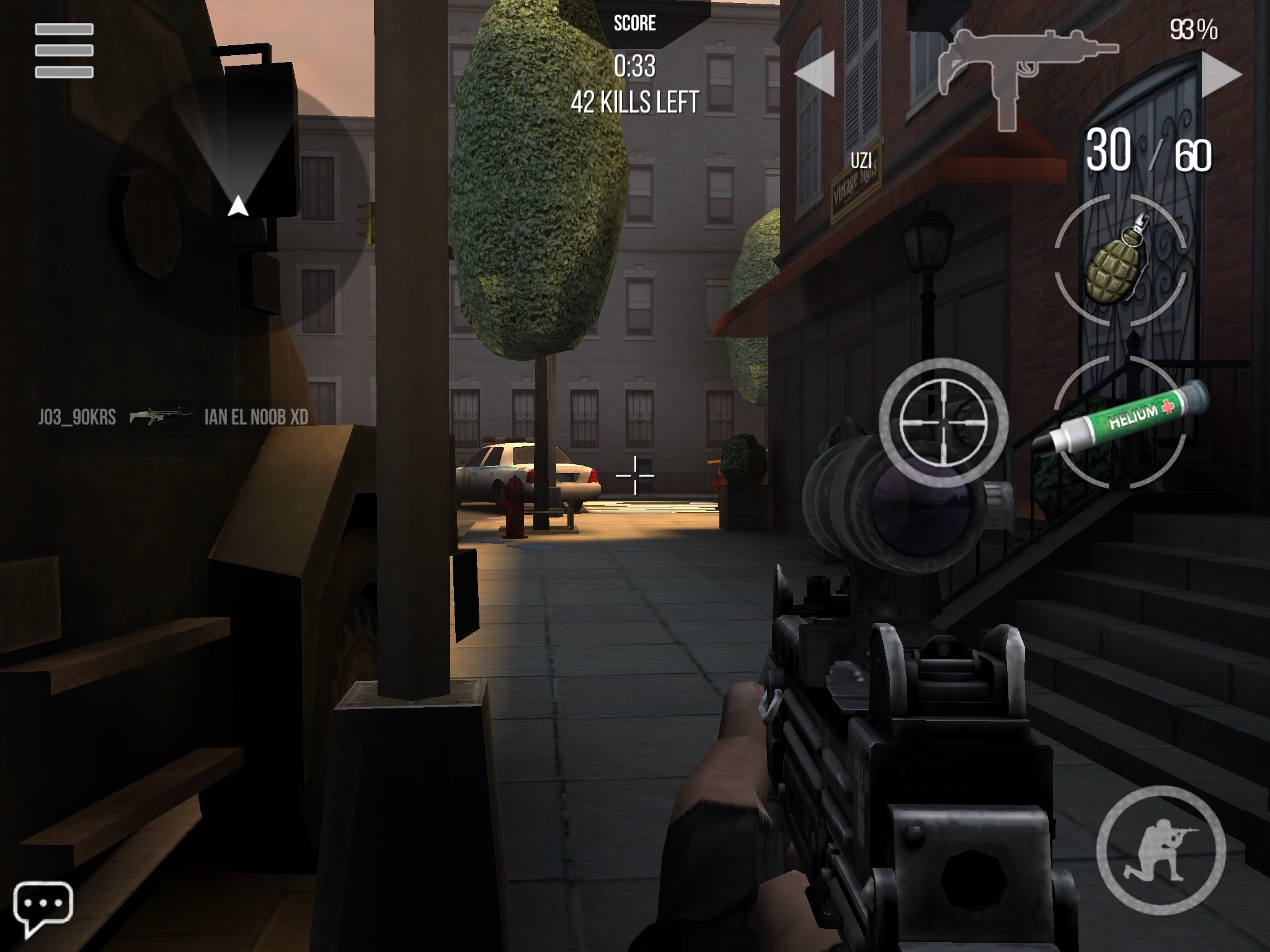 One brief warning: at time of publication there doesn’t seem to be any way transfer Android purchases to your iOS version of the game or vice versa. For those of you running the game on both platforms, this might be something you want to consider when making your decisions. 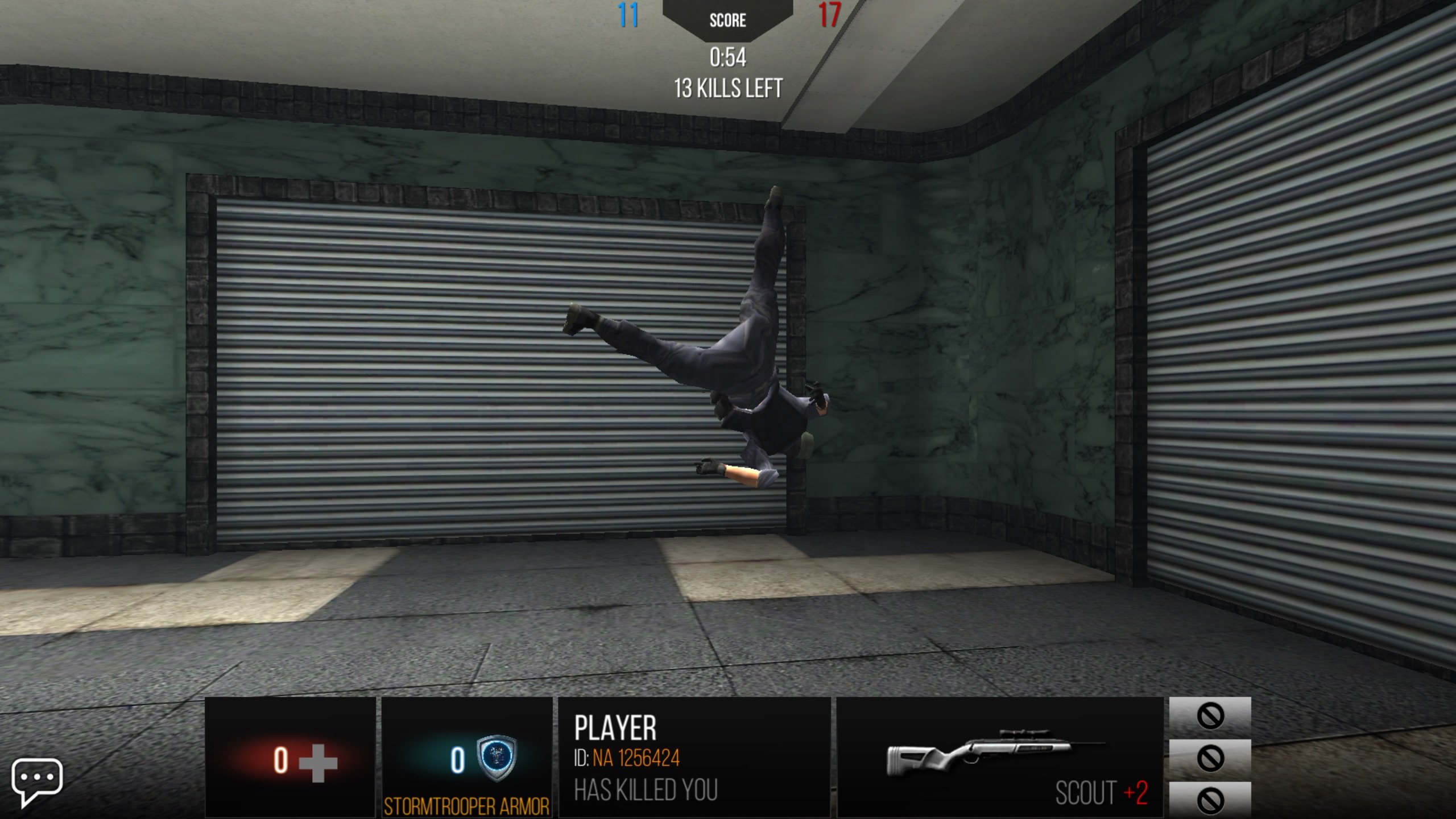 Common to first-person shooters, there are two main weapon types. In the primary weapon slot you’ve got your rifles. In the secondary slot you’ll find your handguns. Rather than listing the pros and cons of each weapon on offer, for the sake of expediency (less time reading, more time playing!) here are your best bets within each category for the three main stages of your career. 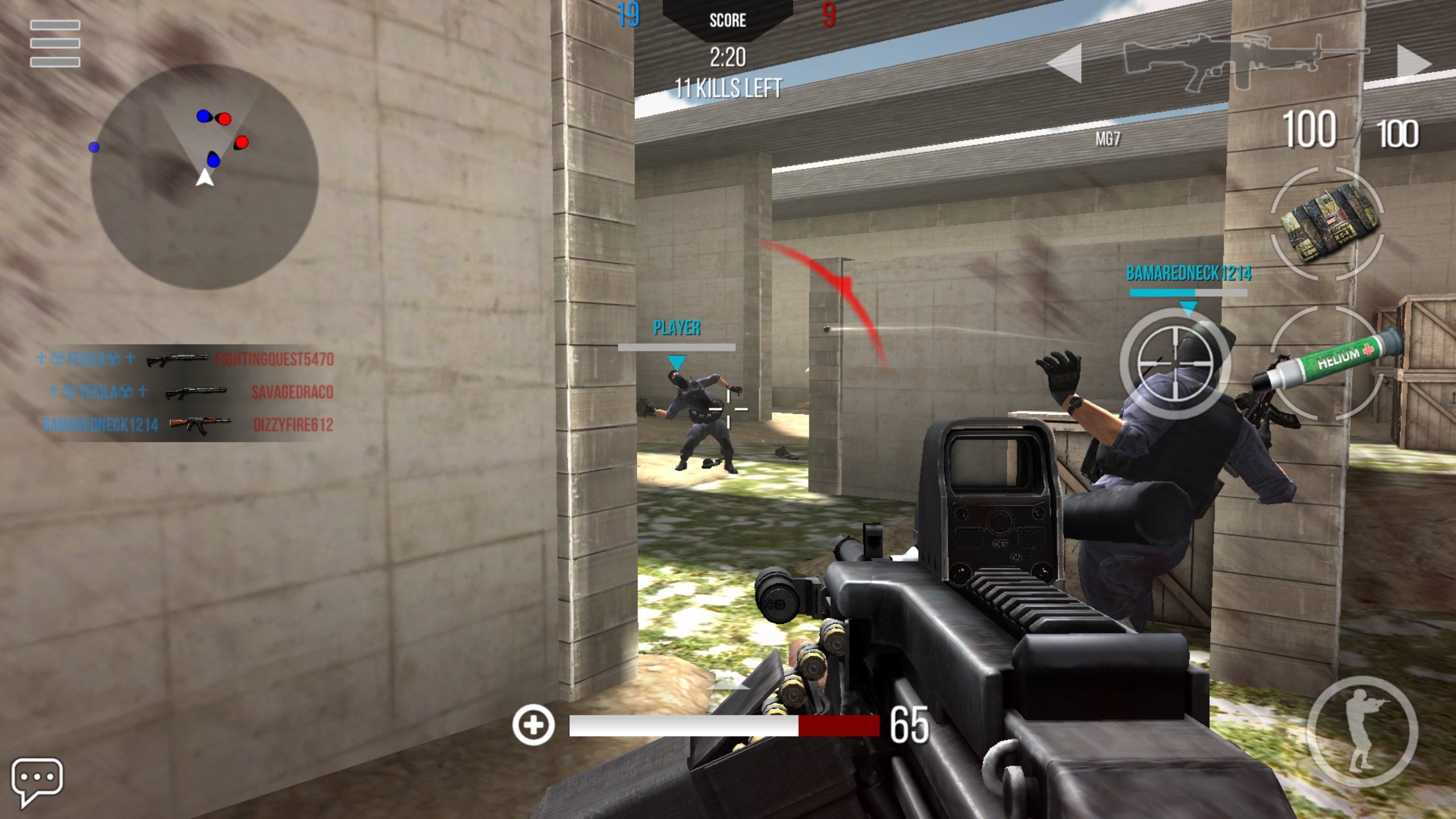 In your first hours or days with Modern Strike Online, the range of weapons you have to choose from is fairly limited and everything will look pretty appealing. Don’t be fooled by fancy scopes and stylish bodies. The goal here is to have something that’s reliable and can inflict serious damage without having to constantly dip into aim mode. You best bet here is the Uzi.

The Uzi is a strong utility rifle. It might not pack the meanest punch, but it also doesn’t ask much from you in terms of skill. Plus, chances are, you’ll be able to unlock it for free. It’s also fairly durable which means you’ll save on repairs in the medium and long term. 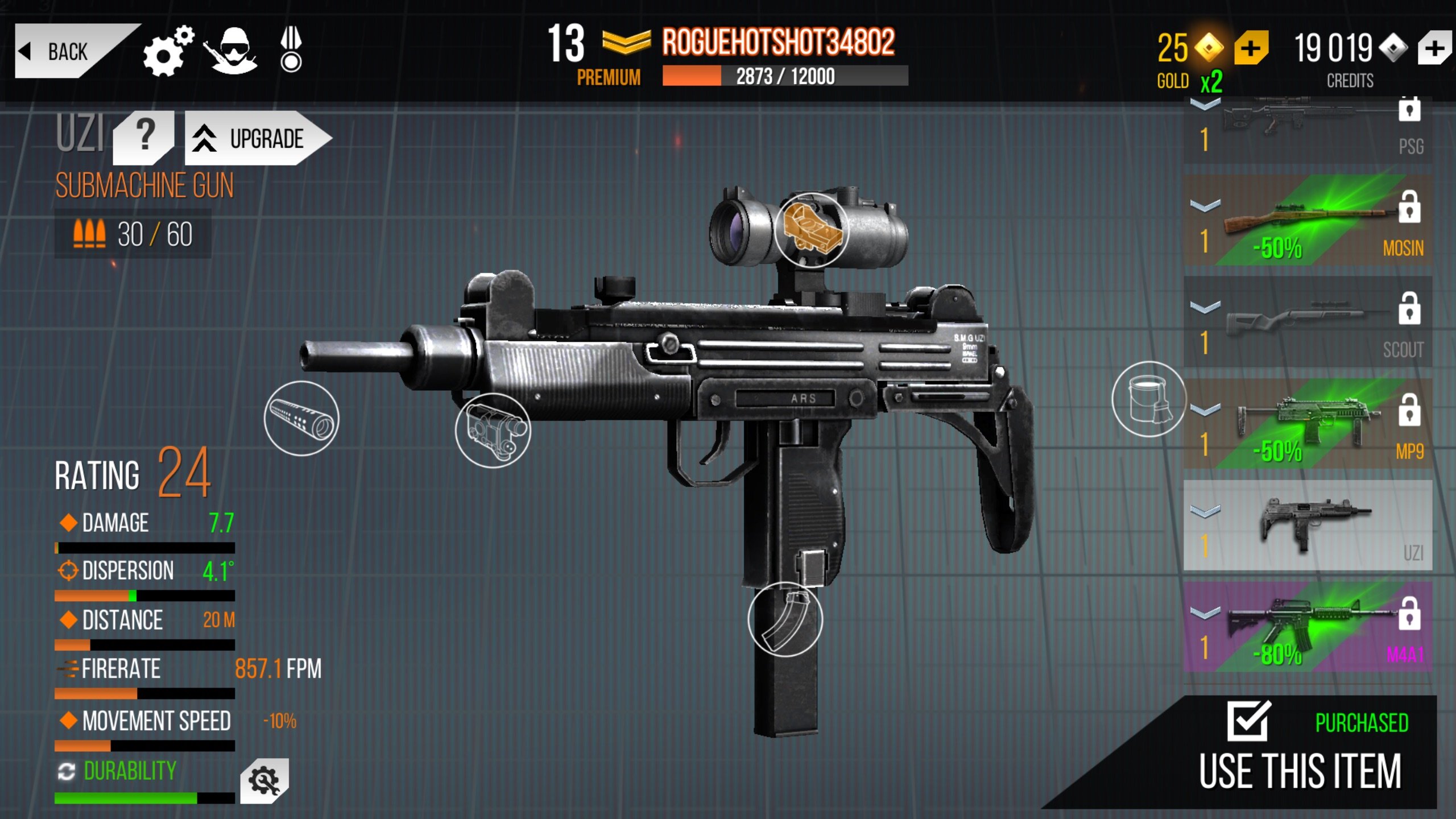 With 60 damage and the option to purchase using credits, the AA-13 might not be the most powerful of the weapons on offer, but it is the best value. With a few upgrades you’ll be able to compete with the intermediate legendary weapons for a fraction of the cost. It’s less durable than some of the other options, but even with the repairs it’s top of the category. 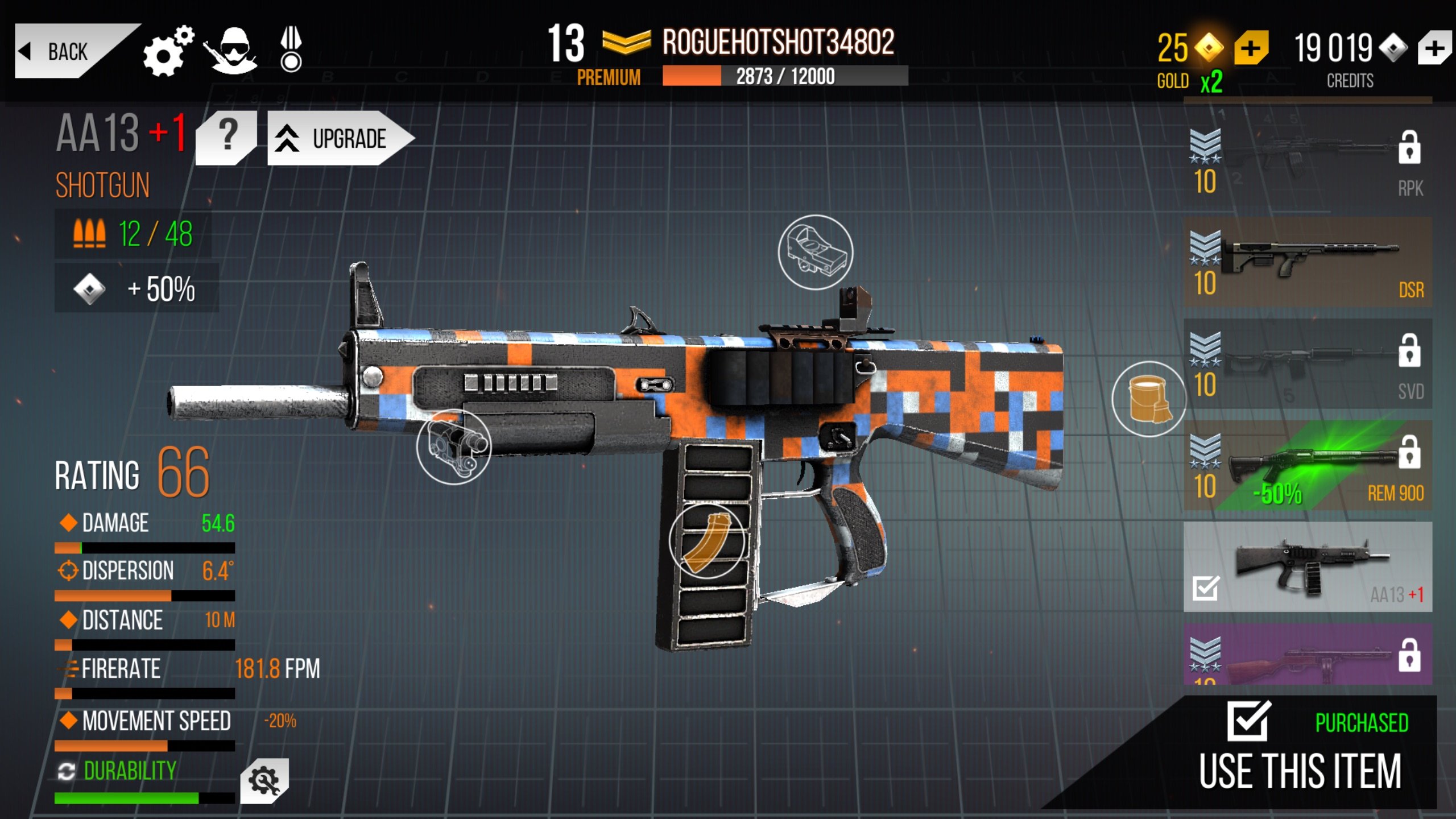 When the time comes that you reach level 20, the KGS Premium is the weapon you’ll want to scoop up. A 200 damage rating versus a 105 overall rating and a high dispersion rate means you’ll be taking down the rest of the field quickly and with considerable ease. The distance range isn’t impressive, but by level 20 you’ll be a pro with the explosives making this less of a deal breaker. Plus, when compared with other level 20 weapons it’s quite a steal and even relatively common in chests. 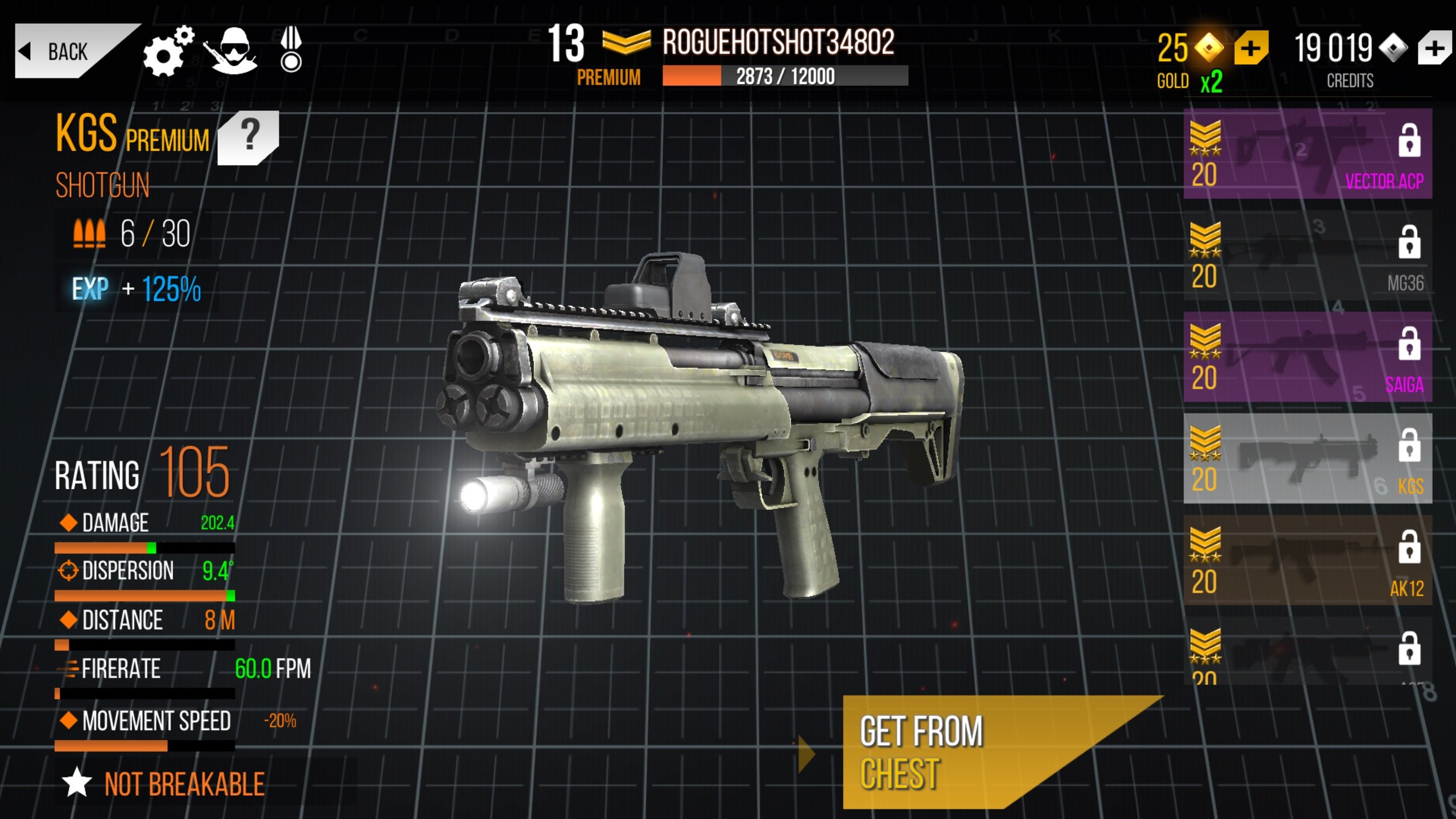 Through gameplay you’ll win upgrade chests which will provide you with upgrade points. Although they can be spent on either your primary or secondary weapon, it’s a good idea to focus on the primary because chances are you won’t be using your secondary weapon all that often. Heads up not every attempt at an upgrade is going to be successful (this is a deliberate game feature) so if your upgrade fails, don’t worry you’ll probably get the next one. 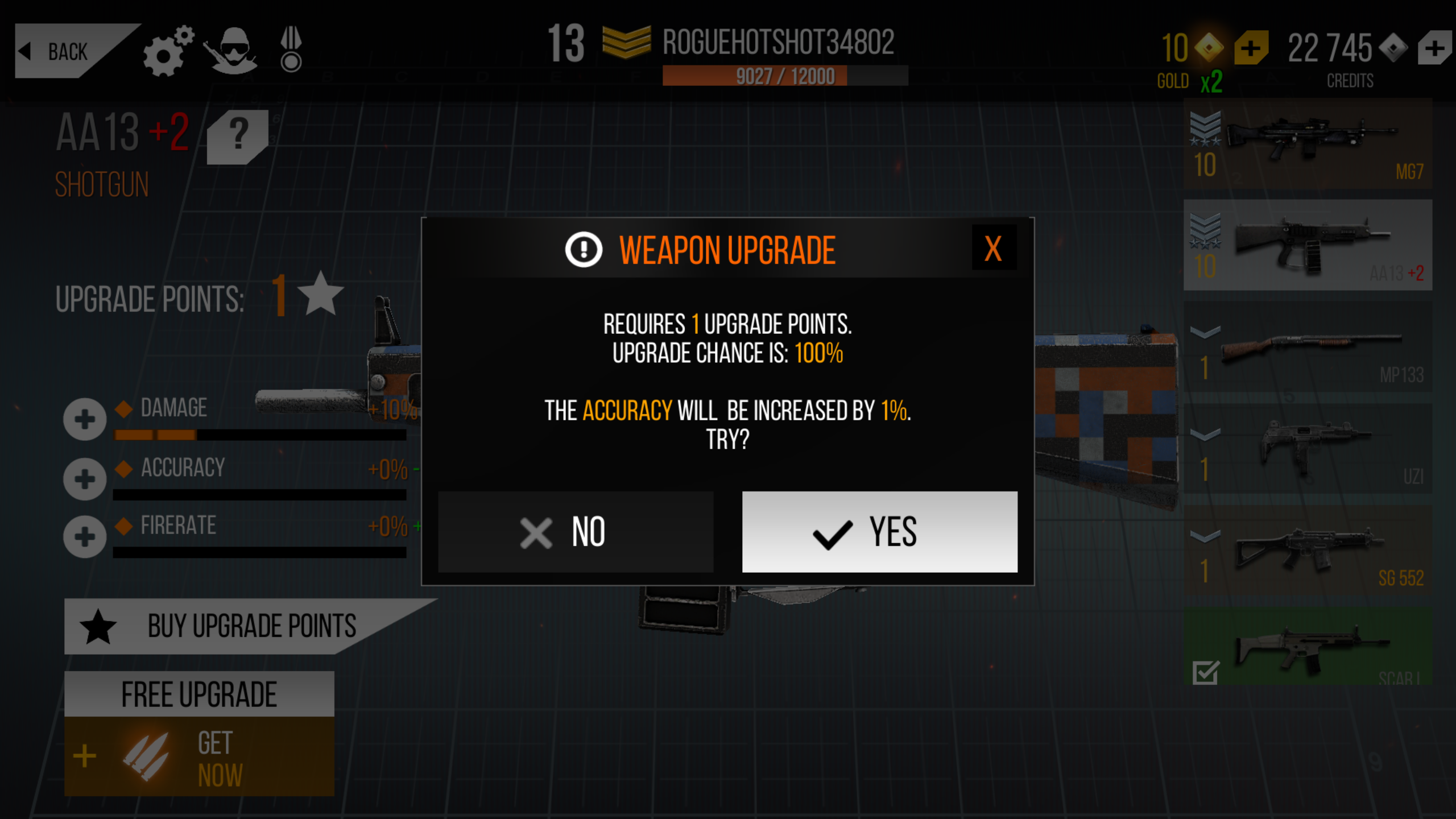 Grips, barrels, clips, sights and paint can all be upgraded and customized in Modern Strike Online. When you have a bit of extra credit or gold, it’s worthwhile to consider accessorizing to up the amount of ammo you can carry around with you, your fire rate and accuracy. Adding a skin also gives your weapon a personal touch, if that’s your sort of thing. 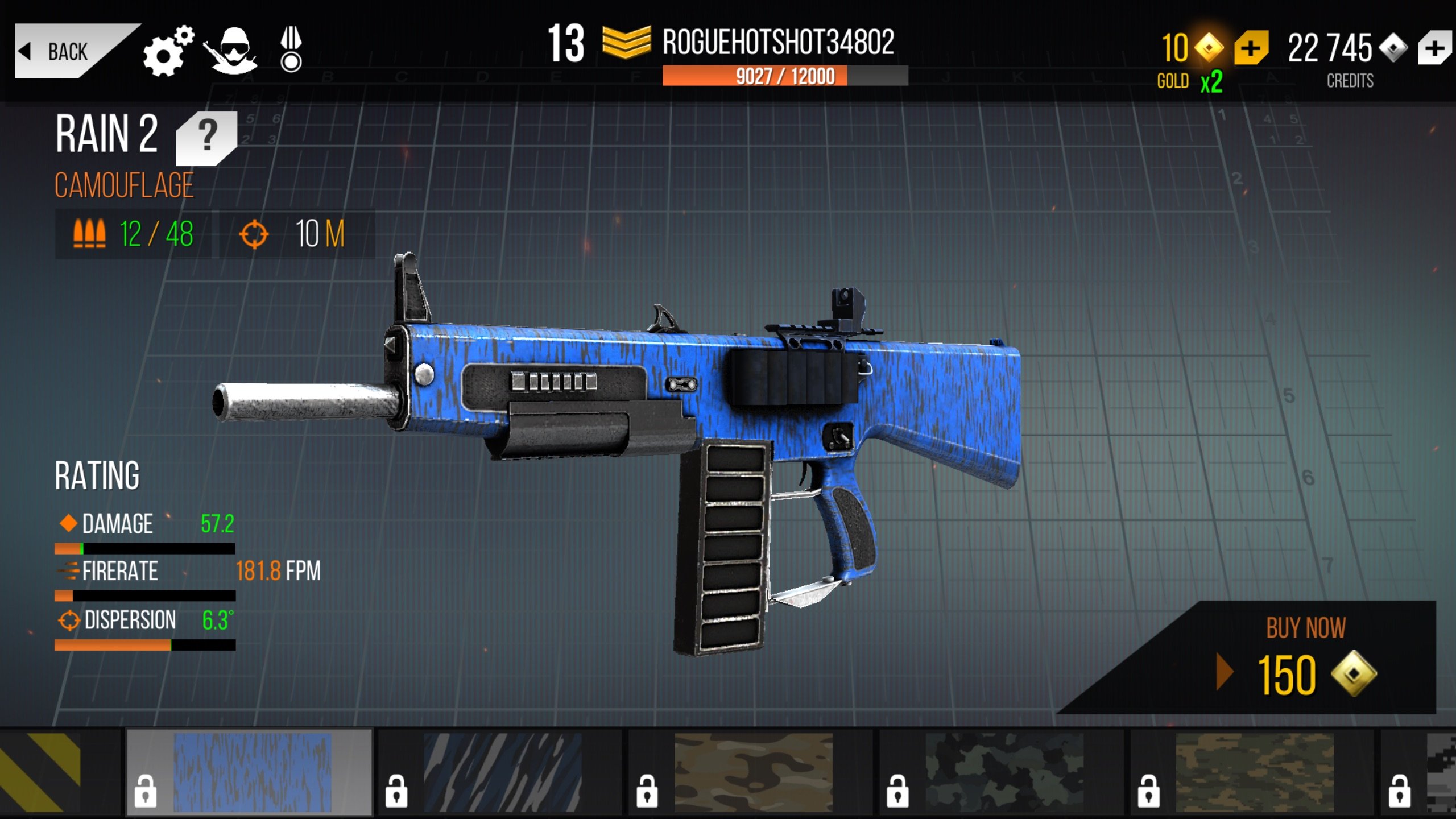 Your secondary weapon might not make very many appearances, but you don’t want to ignore it entirely. When you do need to use your handgun you need it to work and work well, especially because you’re likely in very close range to your enemy.

Two guns aren’t necessarily better than one, but in this case it’s worth the investment. with the single USP having a low damage rate, doubling up improves your odds of success. 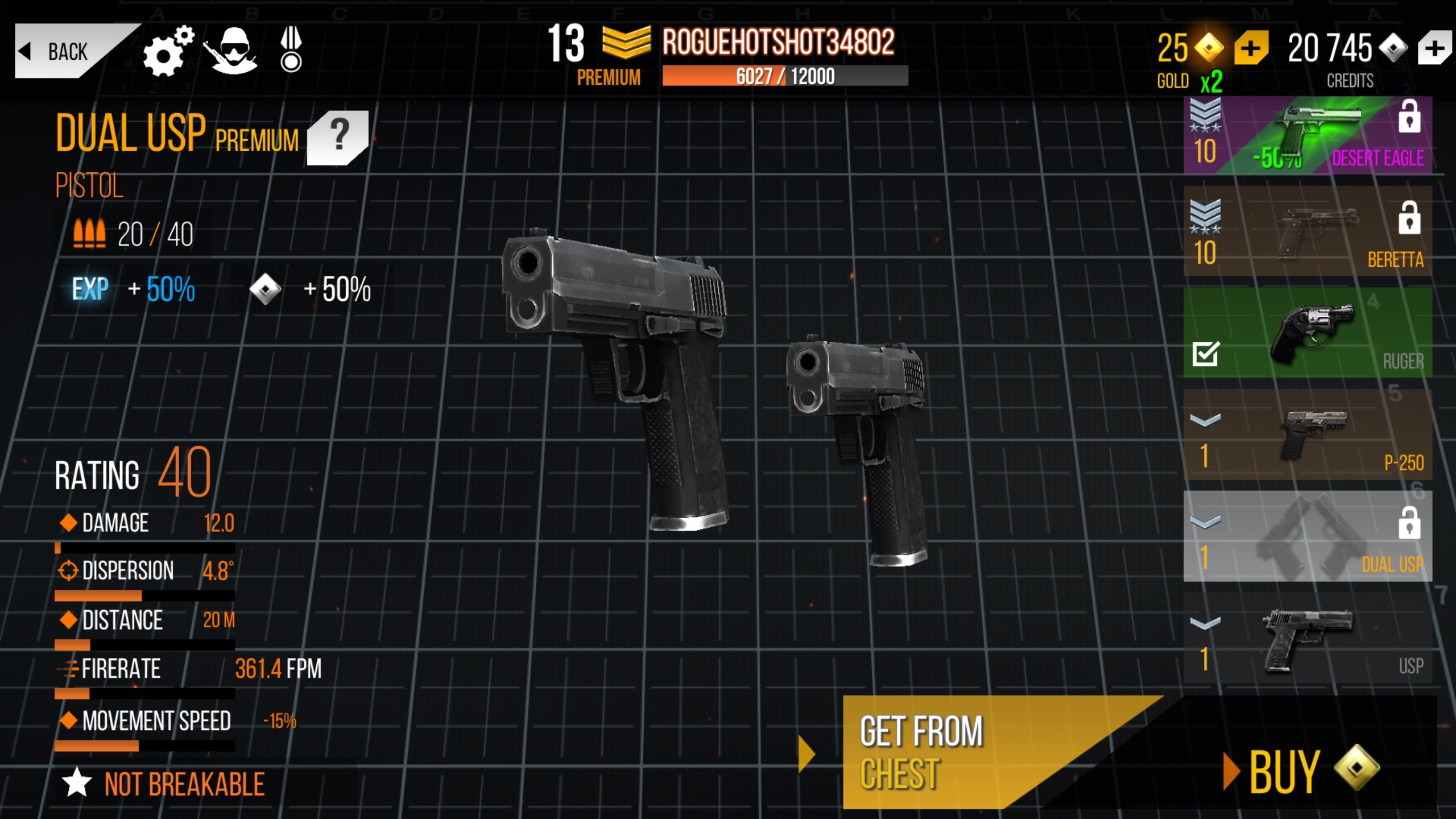 In keeping with the effective but frugal approach, there’s no real need to purchase a Pro or Level 20 secondary weapon. The intermediate (Level 10) Beretta will stand you in good stead with its laser aim, 33 damage and 30 metre range. It’s also non-breakable so you won’t need to worry about fixing or replacing it all the time. 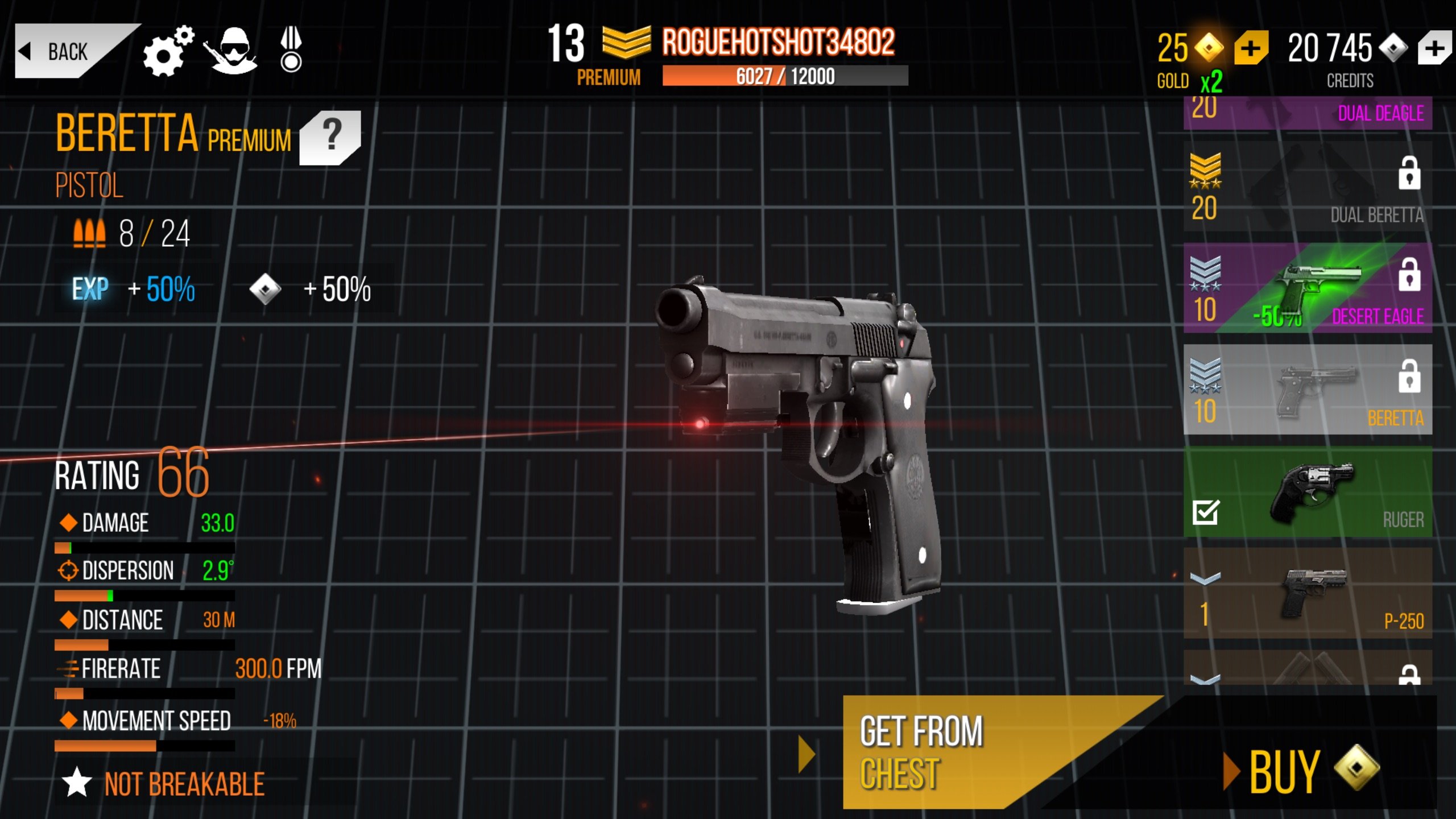 Given that your knife is generally treated as the weapon of last resort unless you are stealthier than a ninja, for the vast majority of players an upgrade from the basic combat knife is unnecessary. However if you really want to up your knife game, the Beaver strikes the right balance between cost and potential. With a an overall rating of 60 and a damage rating of 70, it punches above its weight. At 21,000 credits to buy forever, it’s also a bargain. 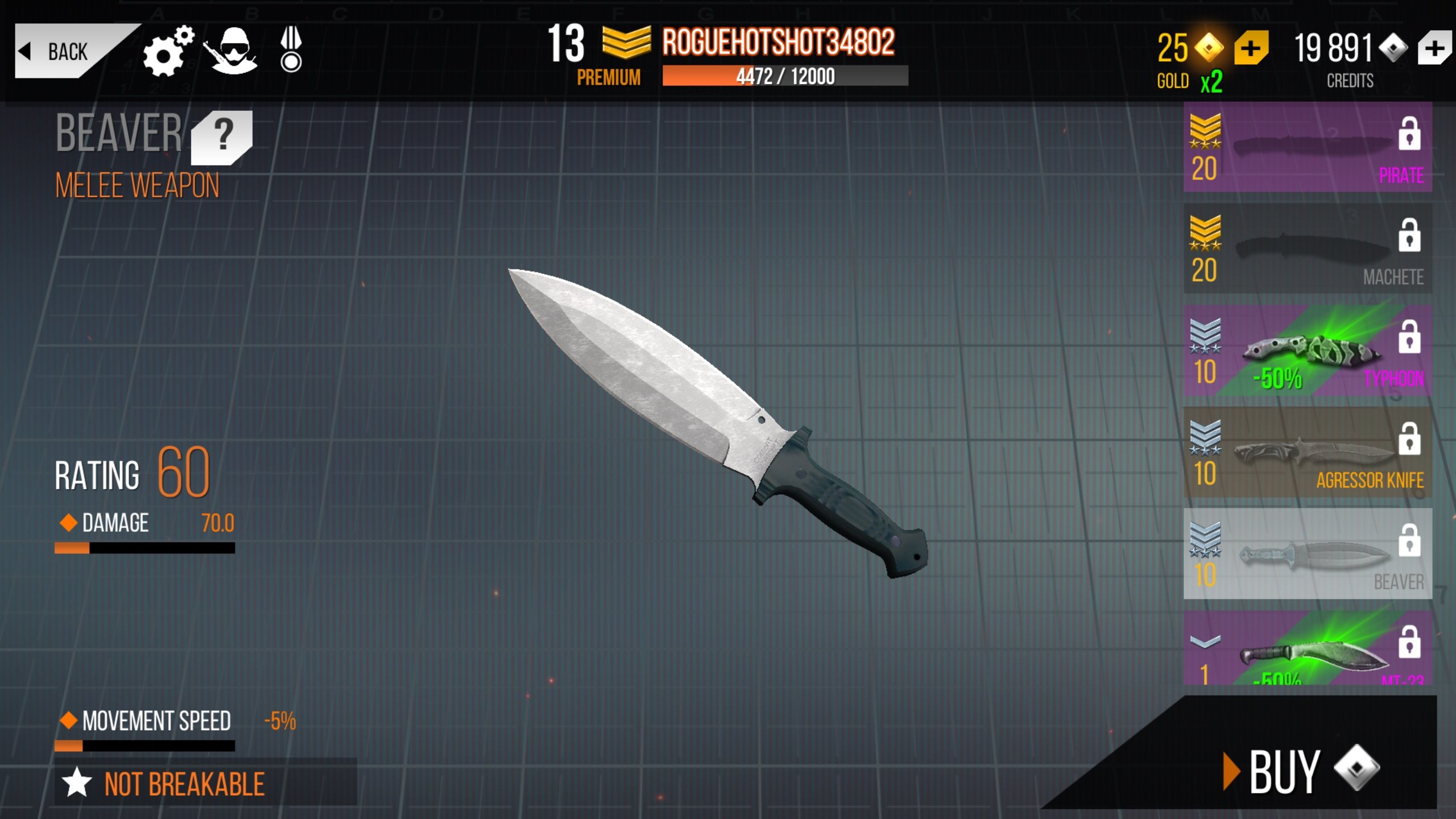 Explosives are often overlooked, but the difference between a good player in Modern Strike Online and a great one is how effectively they’re able to make use of explosives. This is one area where it’s worth trying to invest in or source some of the legendary class C4 explosive because they can be remotely detonated. 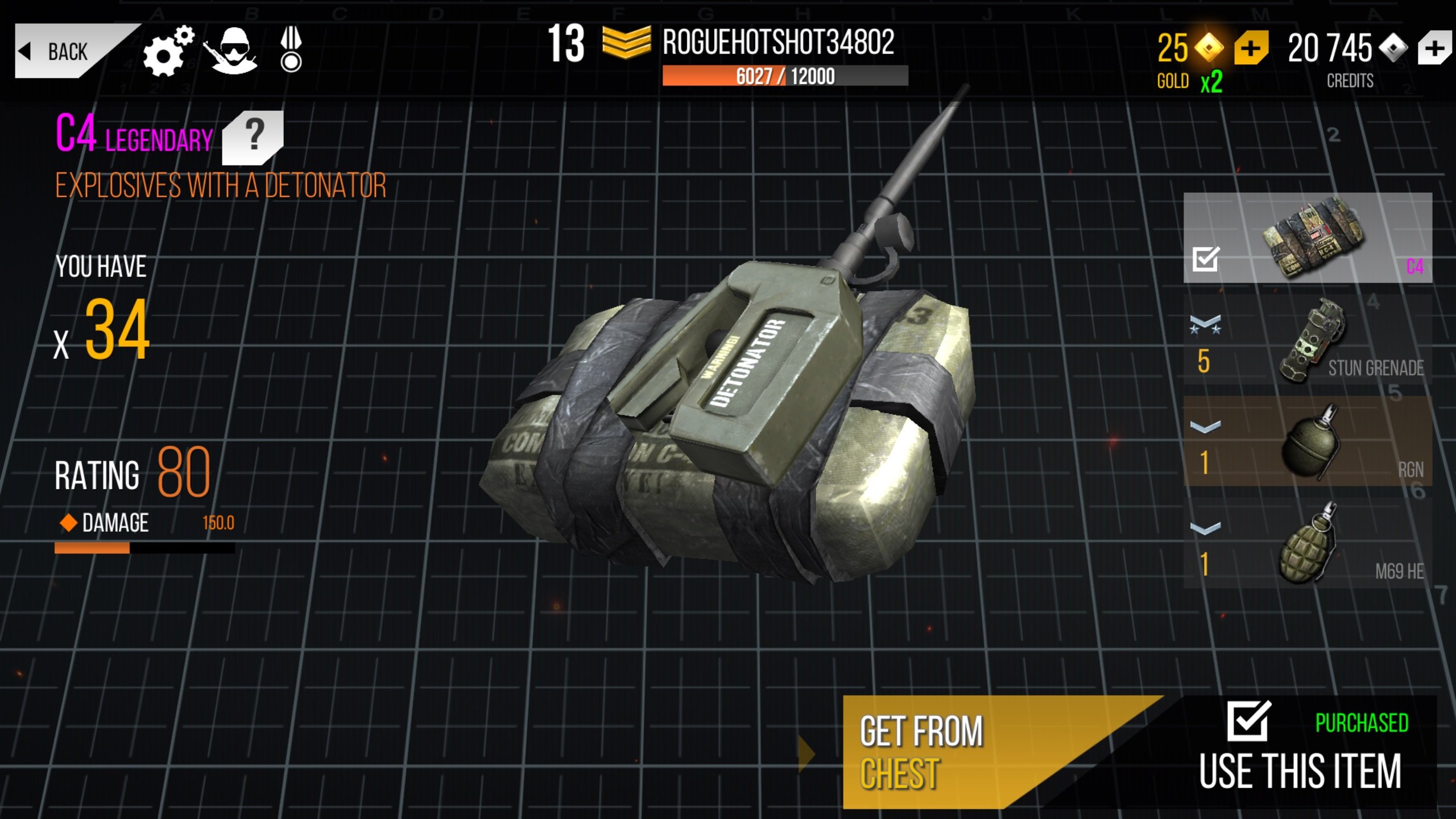 Rather than loading up on Stun Grenades or RGN, it’s better to buy more M69 HE. Once you get the hang of the throw, the 20 rating/damage difference between the RGN and M69 HE doesn’t tip the scale towards quality over quantity. 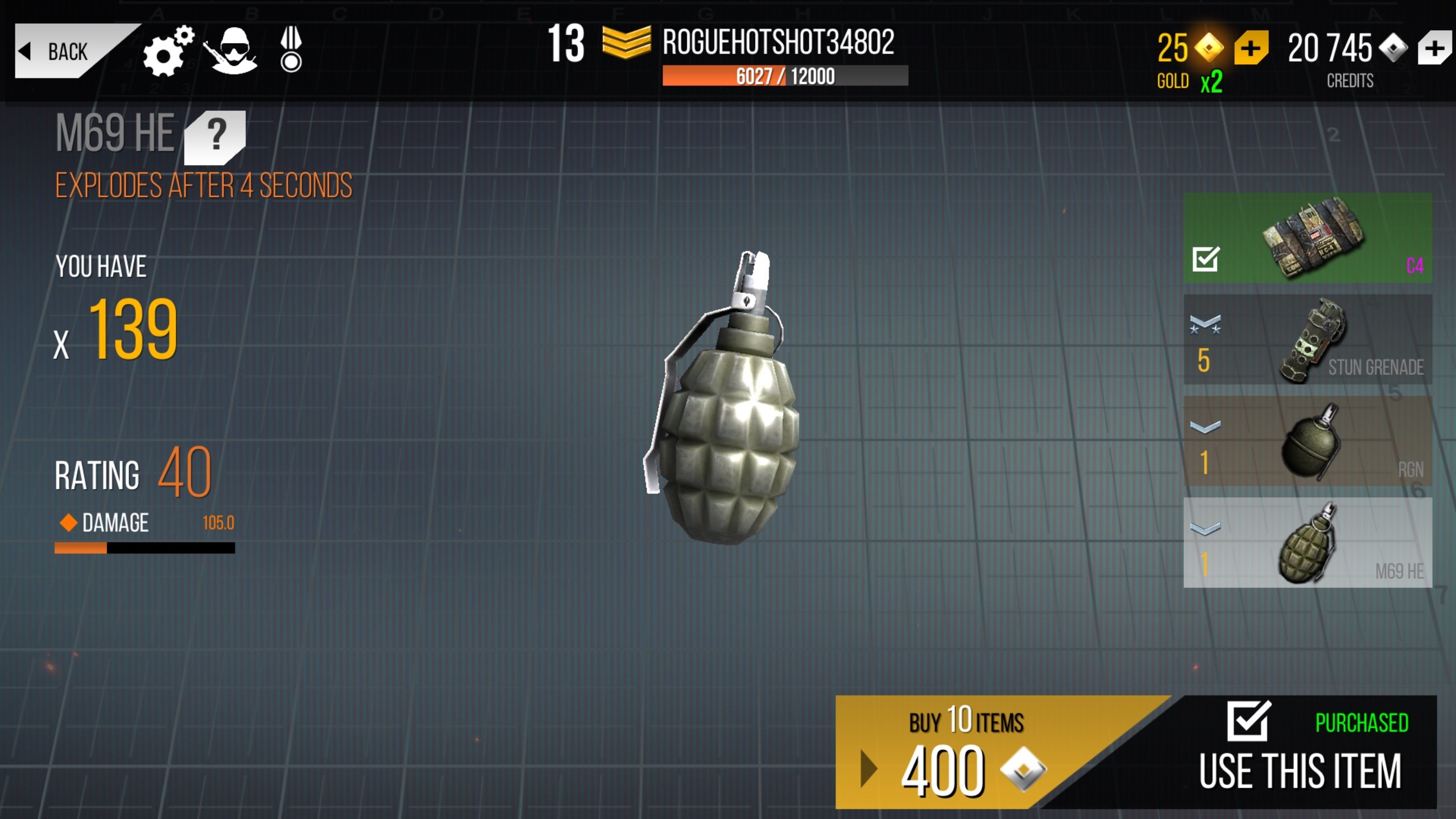