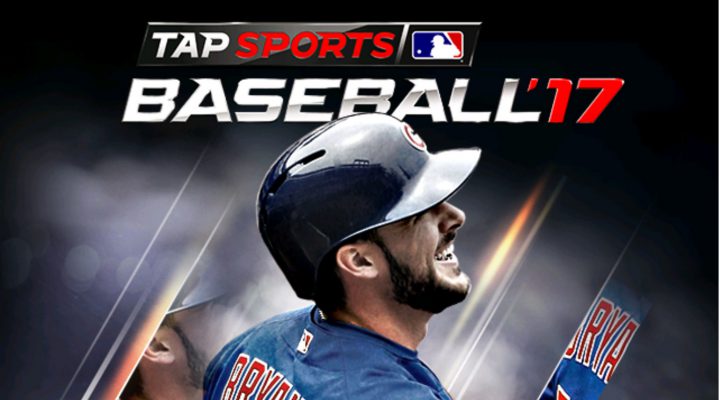 If spring is in the air, and the calendar assures us that it is, it can only mean that baseball is hot on its heels. As a matter of fact, the first pitch has already been thrown in the major leagues, making it the perfect time to play some MLB Tap Sports Baseball 2017.

What is that, you might ask? And we might answer (don’t worry, you’re not hearing voices, probably) that it’s the latest entry in Glu Games’ Tap Sports Baseball series, which turns baseball into something you can play quickly and easily without losing its essence. It’s also been gussied up with a full MLB license, meaning the team you build will have not just real MLB stars but also wear the uniforms of your favorite big league team and play in its stadium.

If you can smell the hot dogs and taste the peanuts and crackerjacks now, you’ll want to keep reading through our MLB Tap Sports Baseball Tips, Cheats and Strategies to see how to get it done on the diamond and behind the scenes as you create your own baseball powerhouse.

Batting: Timing is Everything 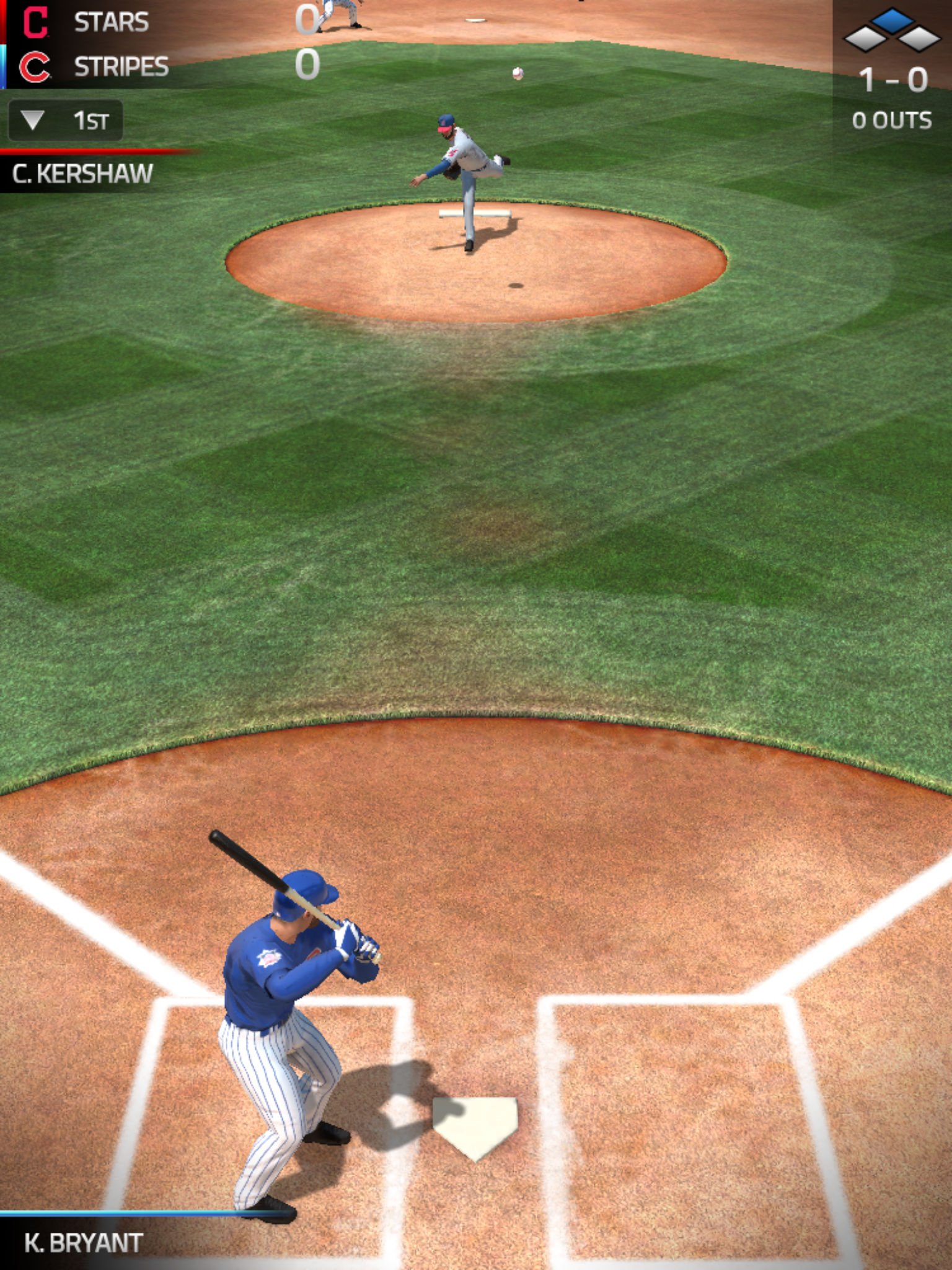 If you aren’t crazy about needing to control the pitching and fielding for your team in baseball games, here’s some good news: MLB Tap Sports Baseball 2017 handles those for you. All you need to worry about is hitting, and the game reduces that to a very simple one-touch affair.

Seriously, there’s not even that much to talk about in this section. Simply wait until the ball is right over the plate and tap on the screen to make your batter swing. It’s as easy as it sounds, and it’s not even pressure-sensitive, so no need to press harder to swing harder (though that impulse is sometimes hard to fight).

You will have other options to execute real life baseball strategies as well, including bunting or stealing. But the buttons to do so will appear only when the context is appropriate (i.e. there are runners on the right bases) and you’ll be told the bunt or speed rating for your players in those situations to help you make informed decisions.

While hitting is easy from a control standpoint, it’s not something you’ll necessarily master immediately since Tap Sports Baseball pitchers know the whole real world arsenal of breaking balls and off-speed pitches. You’ll need to learn to recognize them so you can swing at strikes and lay off the bad stuff.

Games and How to Play Them

One of the things that has always been a bit perplexing about this series is how you play the different game modes and what your constraints are for doing so. If you tap the ‘Games’ button from the main menu, you’ll see a screen that looks like this: 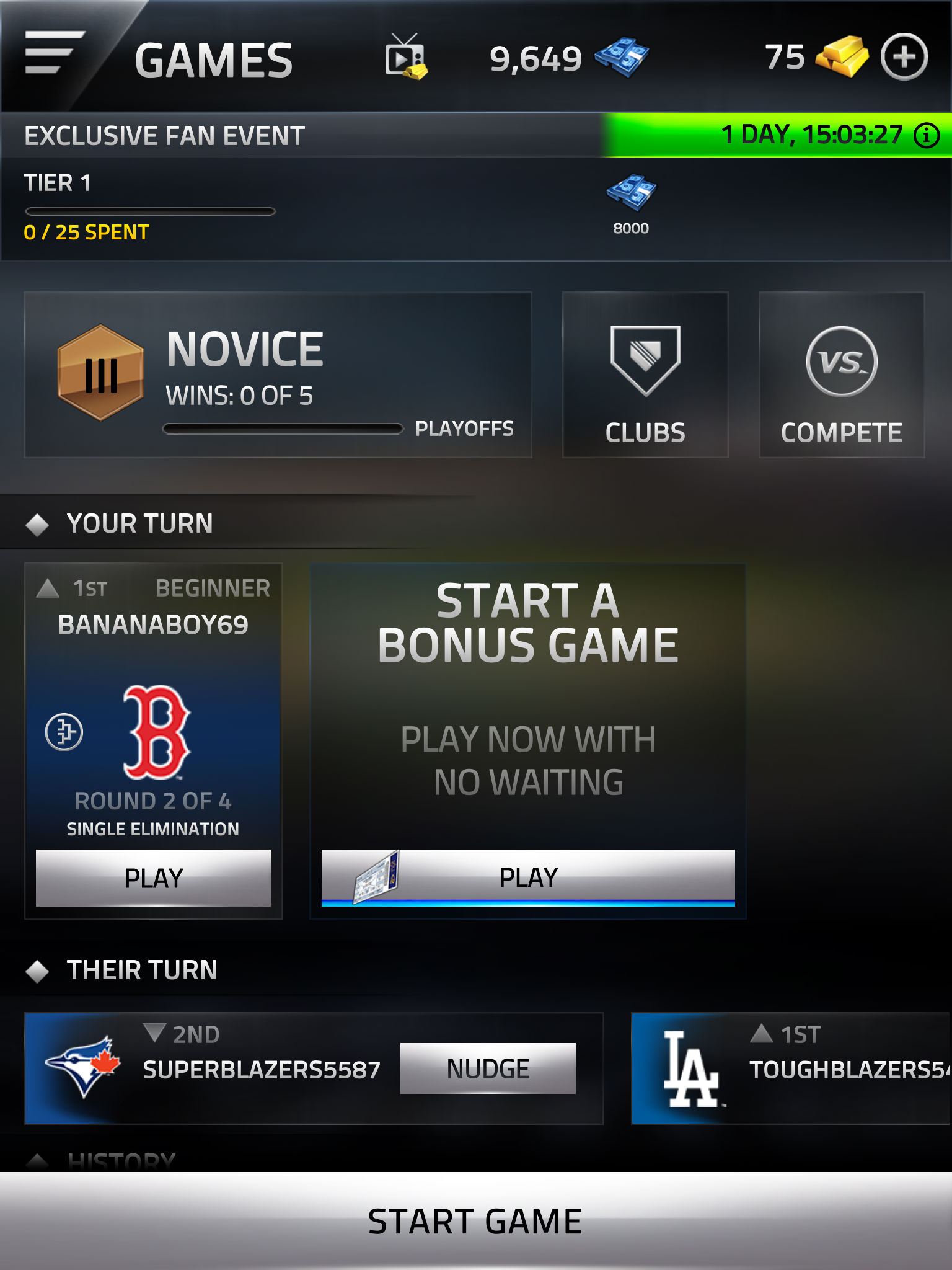 Toward the bottom of the screen, you’ll see the games you have in progress at the moment, conveniently divided into ‘Your Turn’ and ‘Their Turn.’ Since Tap Sports Baseball features asynchronous PvP play with each player hitting for his or her respective team, you only need to worry about the games for which it is your turn to play a half-inning of offense. Just tap ‘Play’ and go to it.

If you have no games in progress, you’ve got some options. If you tap the ‘Start a Bonus Game’ button, you can start a brand new game against an opponent of an appropriate overall talent level with no waiting, but only if you have a ticket. You can win tickets in the course of normal gameplay or buy them in the in-game store.

Your other choices are to play in an event or tournament, which you can access by tapping on the ‘Compete’ button with the VS icon. Events run on a limited time basis and have their own pool of energy which determines how often you can play games. The object is to win as many games and rack up as many stats as possible in the given time period.

Tournaments are available at any time and give you the opportunity to win some nice rewards if you make it to and win the final game. It’s never a bad idea to see which tournament you currently have open to you.

BONUS TIP: Feeling confident about your lead and don’t want to play through the current half-inning? Just tap the ‘Autoplay’ button and the game will sim it quickly and tell you how your squad did. Note that it will also automatically sim the next defensive half-inning in games you play against the AI, meaning you won’t have the option to change pitchers, so you want to be sure you are squared away there as well.

All the Ways to Improve Your Team 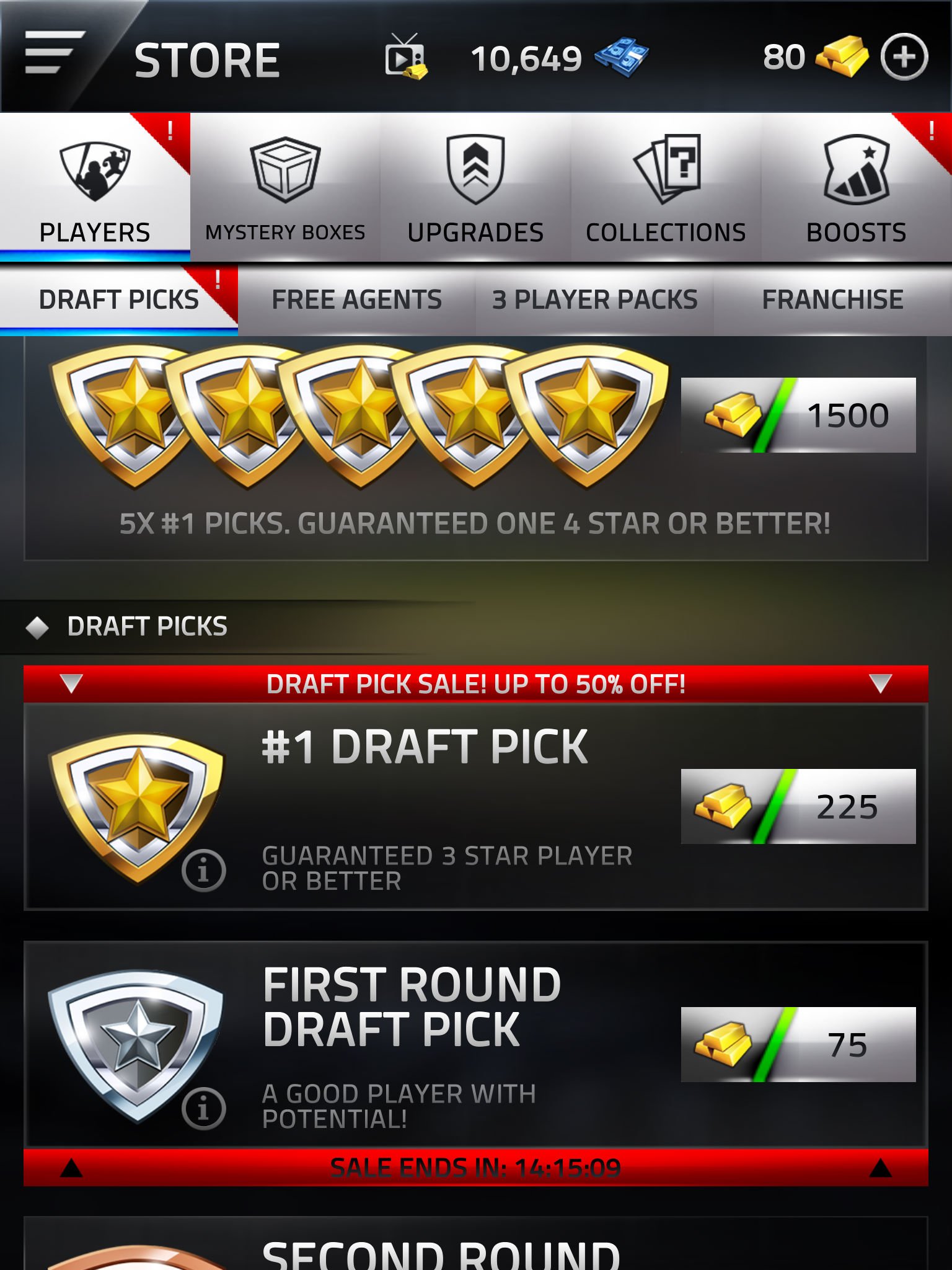 Getting better players has always been a hallmark of the Tap Sports Baseball franchise, and the familiar ways to do that are back for the new season. You can earn specific players as rewards for tournament play or winning the playoffs at your current level, as well as draft picks of various kinds that leave things up to chance. Tapping the ‘Store’ option from the main menu will display draft picks and free agents from which to choose (some can be purchased with cash, the game’s standard currency and others with gold, the premium currency), along with Franchise Players that require special tokens and only join your team for five games at a time.

New for MLB Tap Sports Baseball 2017 is the ability to improve players you already have. Simply tap the ‘Team’ option from the menu and you will be taken directly to the ‘Improve’ screen. Here you can level up any of your current players (except for Franchise Players) by spending the proper amount of cash and experience points. 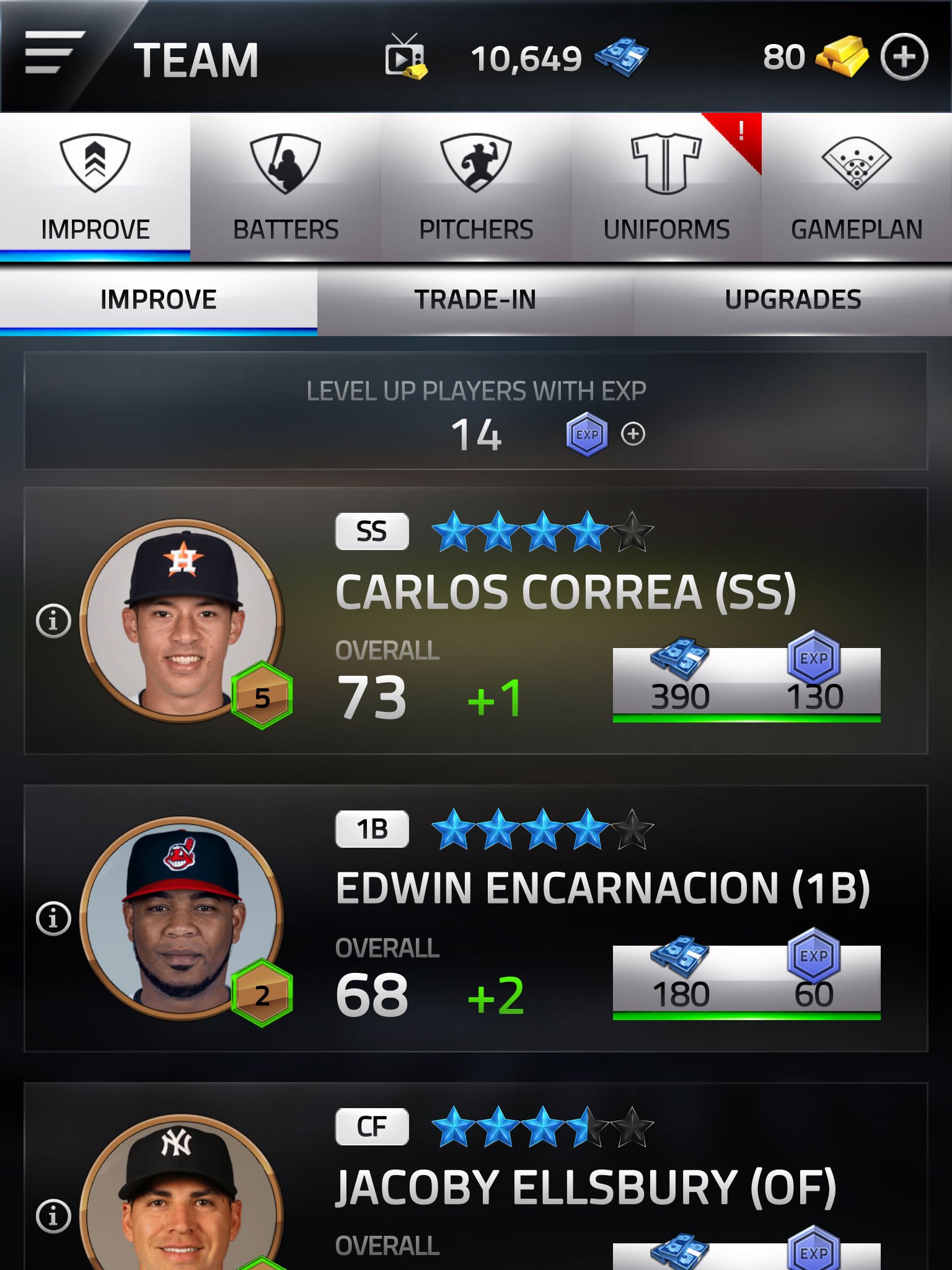 Need more experience points? You can get some by essentially recycling the players you don’t need via the ‘Trade-In’ screen. This will allow you to redeem all of your inactive players — and once they reach that status, there’s no reason you’d need them again — for experience you can use to level up your go-to guys.

Once a player reaches his max level, he can be evolved to the next tier and thus be leveled up all over again to reach higher maximum stats. Evolution requires both gold and special tokens.

BONUS TIP: Don’t sleep on Upgrades, which are also found from the main team screen and can help all of your players improve slightly at the same time. There are nine types of Upgrades, three for offense and six for defense, and the latter are especially important since you don’t control things on defense at all. Consider setting aside some cash or gold and making an investment in your team here whenever possible.