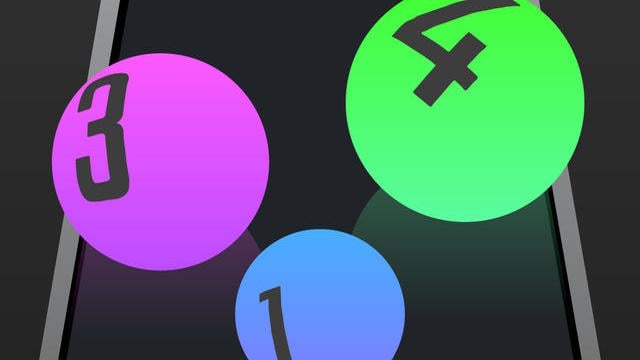 Merge Pool is a one-touch high score chaser from Voodoo. In this game, players shoot colorful balls into a small, square arena while attempting to bounce like-colored ones into each other for points. While the gameplay is extremely straightforward—drag to aim and release to shoot—there’s a bit more to improving your high score than simply “drag and release better.” Gamezebo’s Merge Pool Tips, Cheats and Strategies will help you improve your dragging, releasing, and more. 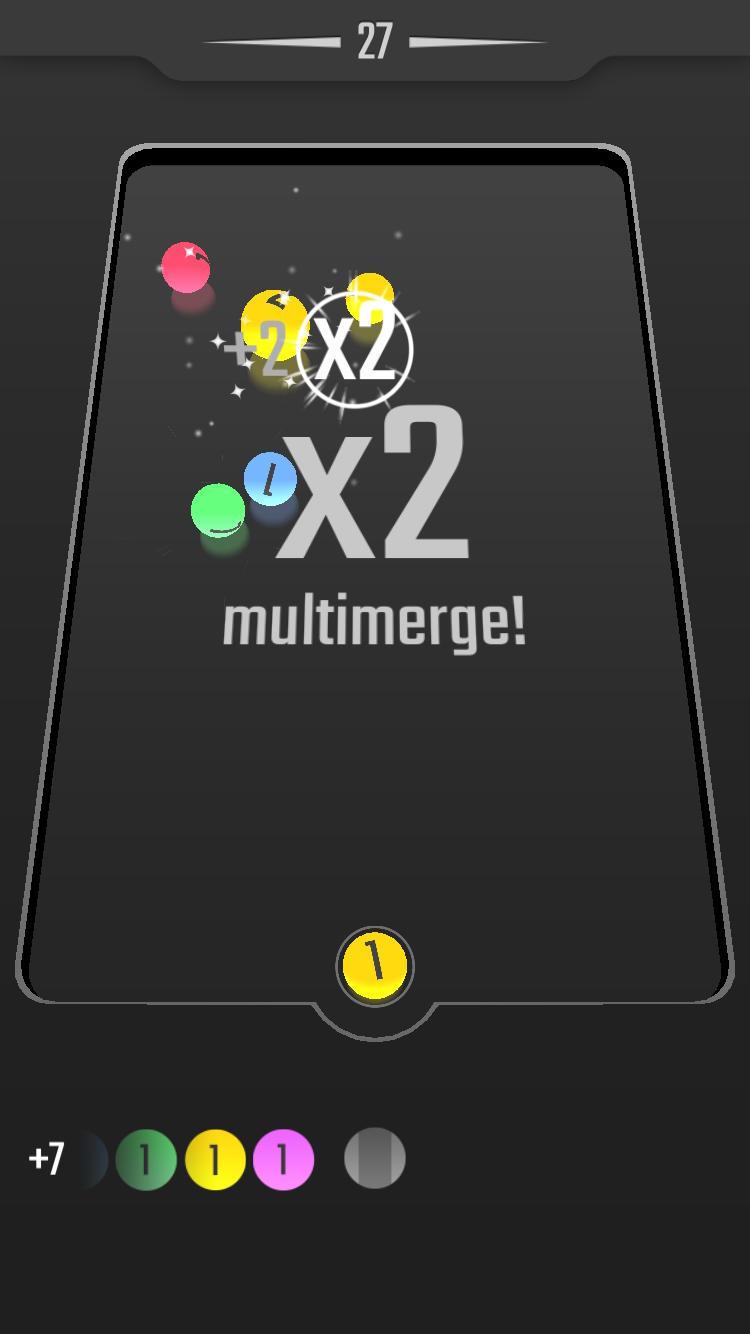 You earn points equivalent to the number on your merged balls. So, for the first example—when two “1” balls form a “2”—you would receive two points. When the “2” and “3” ball create the “5” ball, you would earn five points.

If more than one set of balls merges on a single shot (usually achieved by knocking existing balls into each other), you’ll earn “multimerge” points. This multiplies the number on your merged balls and gives you that many points. So, if you received a multimerge on a “2” ball, you would receive 2x those two points, totaling four points. Each additional set that merges on a single shot increases the multiplier, so if you had three merges on one shot, the third merge would receive 3x points, and so on. 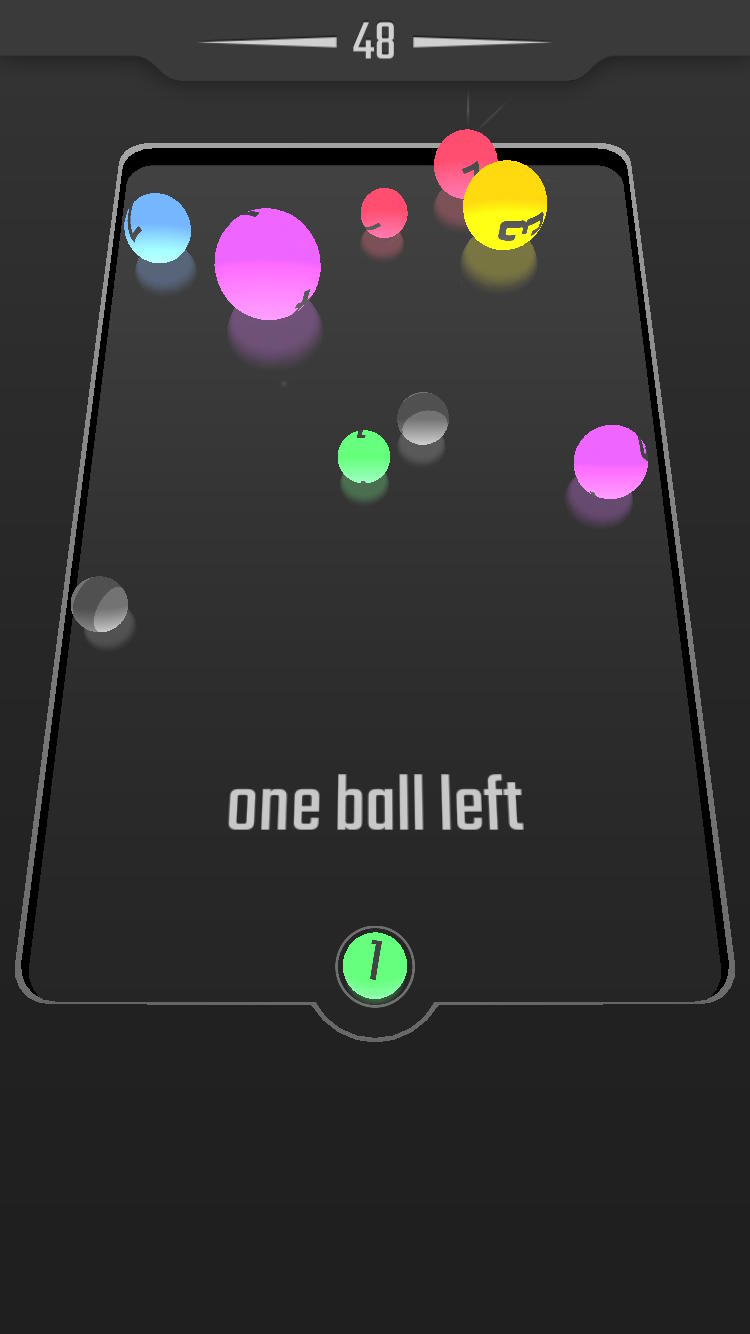 You have a limited supply of balls to shoot before you’ll run out, visible at the bottom of the screen. Merging a single color up to a “5” ball will destroy that ball and give you five additional balls in your deck.

While stacking the board with multiple balls of the same color in the hope of getting multimerges can be a good way to earn extra points quickly, it’s not worth much if you run out of balls and the game ends. Prioritize getting those “5” balls and keeping your deck stocked with shots over netting massive point bonuses. 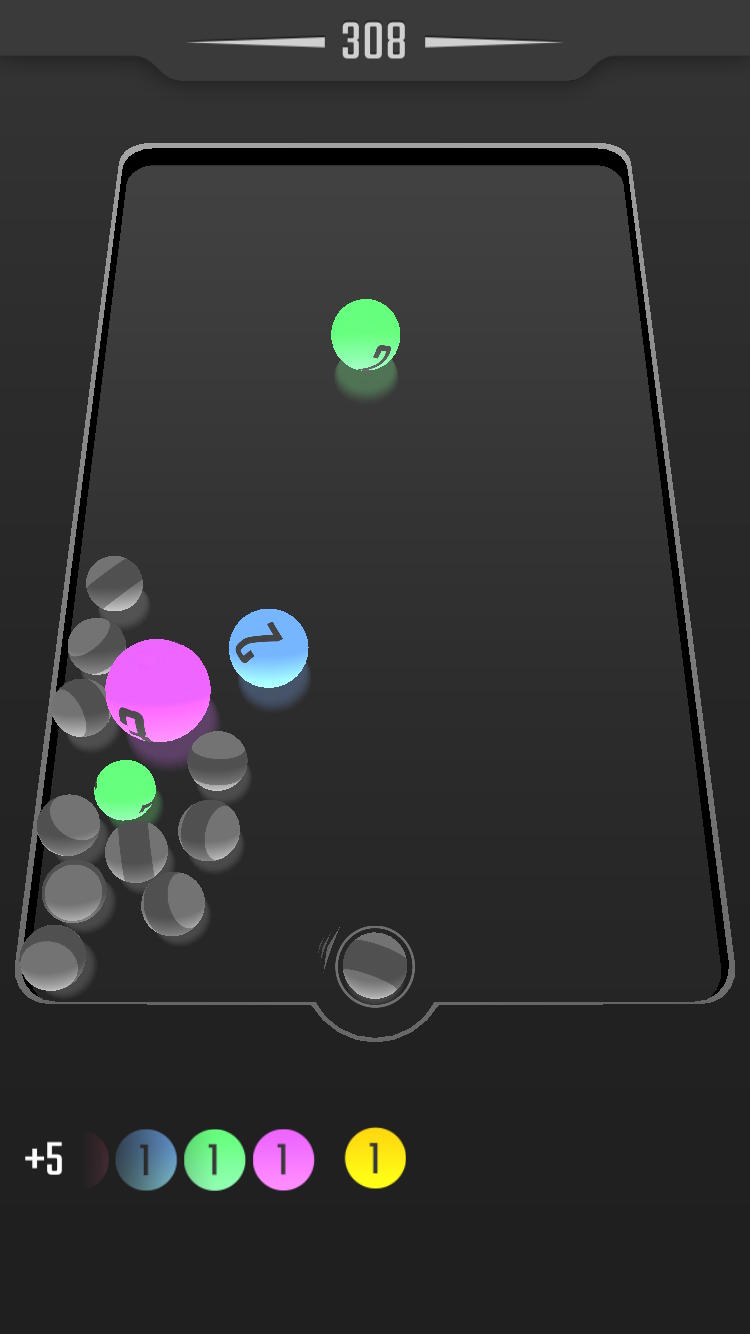 When you pull back to shoot your on-deck ball, a series of three arrows appears on top of it, indicating the direction you’re aiming and how powerful your shot will be. The more spread out the arrows, the farther your ball will fly. Barely moving your finger will result in the arrows being squished together and allow you to just drop it lightly nearby, as in the image above.

The balls have varying weights dependent upon their size: larger, post-merged balls like “4”s or “5”s are much heavier than “1”s or “2”s. If you’re trying to knock a ball to a new location, it’s much easier to move a smaller ball than a larger one. 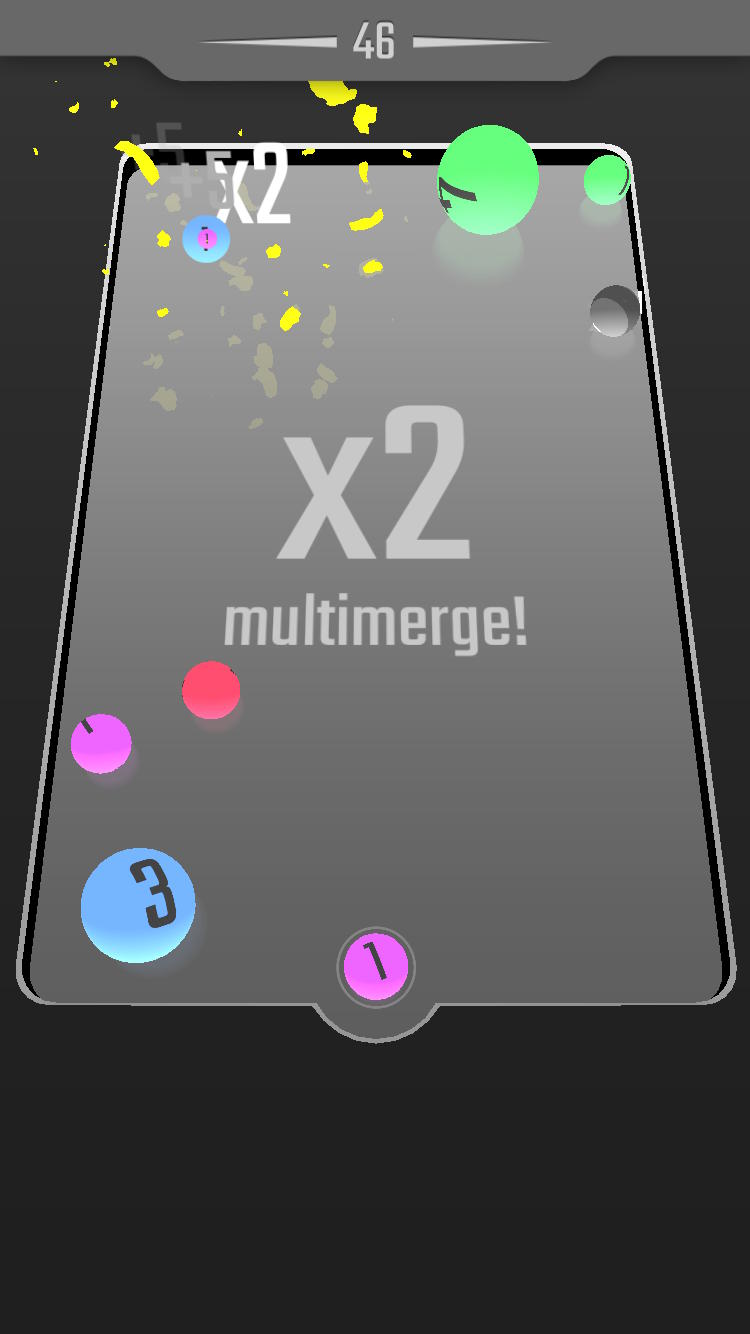 When “5” balls are created and explode, they send everything near them flying. This makes it difficult to control the placement of balls on the board for too long—eventually an explosion will rearrange large sections of the play area. Because of this, if you have a specific shot in mind—for instance, another ball near a “4” that you really want to merge—you may decide to hold off on making a “5” ball until you’ve merged the one close to it, just in case the “5” pushes it into an inconvenient location.

The balls usually roll around for a while after you make a shot, but you can shoot your next ball as soon as it’s on deck. It’s sometimes advantageous to shoot while the balls are still rolling, especially if it looks like your goal ball is headed behind another ball and out of reach. At other times, waiting for everything to settle down and stop moving will make it easier to carefully plan and aim. 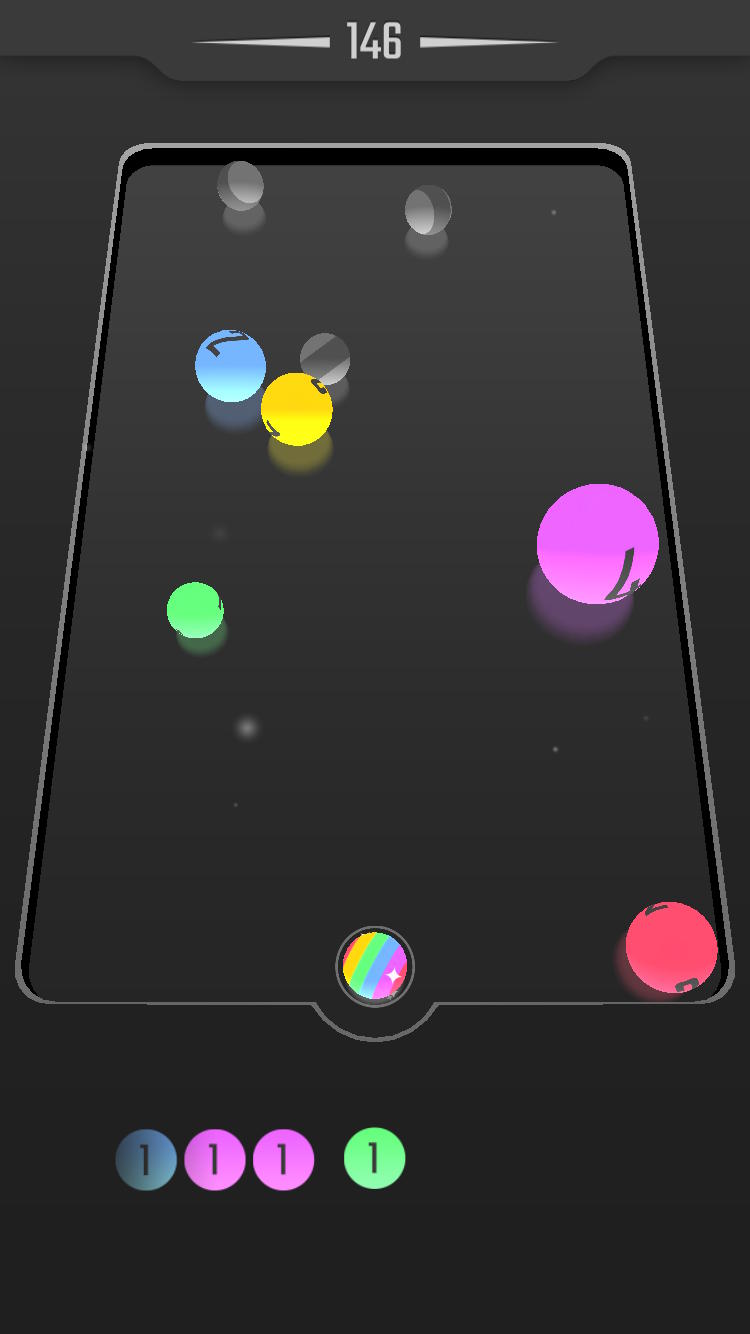 Besides the standard colored balls that can be merged together for points—blue, green, red, yellow, and purple—there are two other types of balls. Rainbow balls flash all five colors and can be merged with any of these. They’re useful in a pinch for making “5”s when you’re low on shots, or they can be tossed onto the board away from other balls for an emergency backup plan—if any colored ball rolls into a rainbow, they will merge together.

Gray balls simply exist as obstacles. They do not merge with anything and can never be removed from the board. As you gain more points, your board will slowly fill up with gray balls, making it harder to reach the colored balls and make merges.

We usually try to aim gray balls into a corner to keep them out of the way, but they always eventually end up scattered and blocking some shots. When they show up on deck, use them to knock balls in inconvenient locations to better spots. (This is also a good tactic for colored balls without any matches already on the board: use them like gray balls, knocking other balls into each other.)