Home / Walkthroughs, Tips, Cheats / Marvel Strike Force Blitz guide: What it is and why you should play this mode often

Marvel Strike Force Blitz guide: What it is and why you should play this mode often 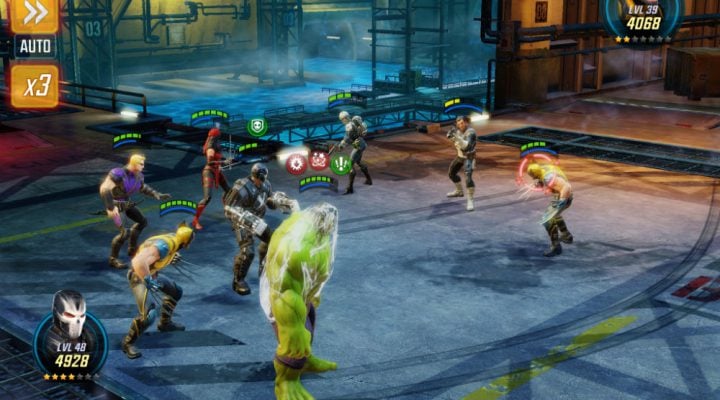 Marvel Strike Force definitely isn’t lacking in ways to pit your favorite squads of heroes and villains against teams put together by other players. There’s the very obvious (and difficult, especially for beginners) Arena mode. But Blitz mode also falls into this category, and is arguably even more important overall.

In fact, Blitz is so important that you want to be playing it daily if at all possible, and unlike Arena, there’s no hard limit on how many battles you play within, it, though there are some restrictions on your play that we’ll discuss shortly. Let’s take a look at what this mode is all about and why you want to be playing it often in Marvel Strike Force if you aren’t already.

What is Blitz mode?

Blitz mode allows you to take a team of five characters into battle against a selection of teams created by other players but controlled by the AI. We say selection because before each Blitz battle, you are able to choose from one of three possible opponents — simply tap the ‘New Opponent’ button in the bottom-right corner to toggle between the three.

You’ll notice that your choices for an opponent aren’t that different in overall power. That’s because the enemies you face in Blitz are scaled so that they get progressively harder. They’re also scaled based on the power of the team you pick, so you’ll start out facing teams much weaker than yours, and as you win battles, eventually fight harder and harder squads including some much more powerful than yours that will be true challenges.

To compensate and reward you for continuing to push forward, every win you get in Blitz increases the multiplier for the score you receive for winning the next battle. That score is important here, because you’ll get rewards based on score milestones you hit during the period of several days that each Blitz “season” is active.

What rewards can you get from Blitz?

The milestone rewards in Blitz often contain Blitz Orb Fragments, Blitz Credits, Gold and Raid Health Packs. They also are often themed for one particular hero, allowing you to pick up shards of that hero every few milestone tiers. When the Blitz season ends, you’ll also get additional rewards based on where you finish in relation to all other players in terms of your rank. 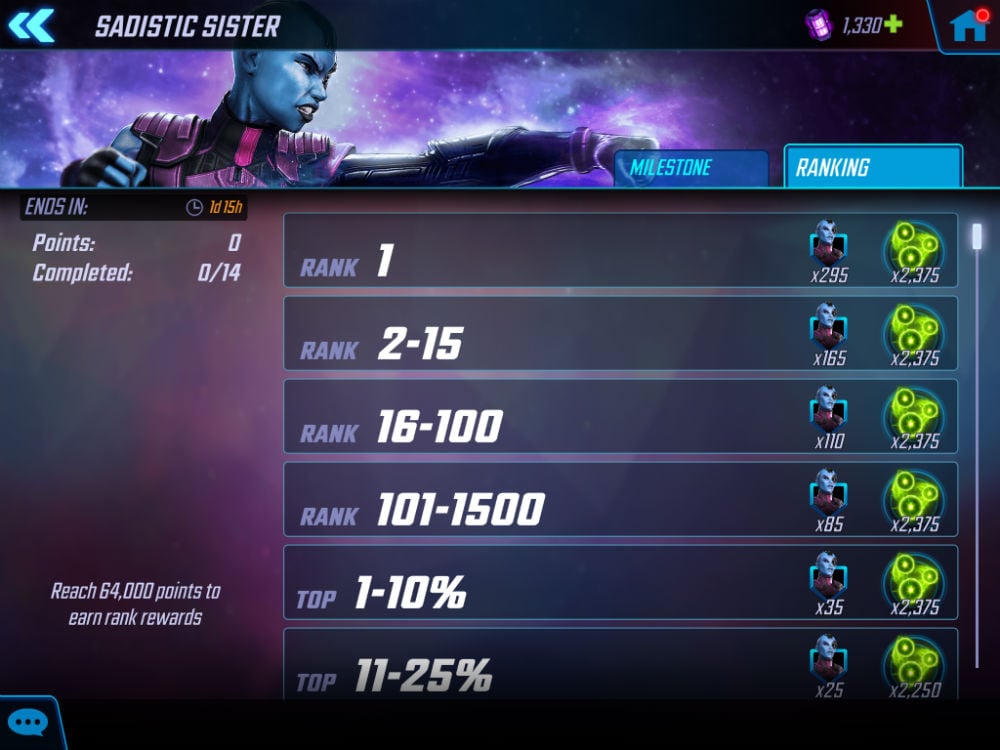 As for those Blitz Orb Fragments and Blitz Credits, you’ve probably guessed that they can be spent in a Blitz Store since every mode in this game seems to have its own store and currencies, and you’d be right. The Orbs contain a random and rotating selection of character shards, while the Credits can be spent on shards of characters like Spider-Man, Gamora and Luke Cage. It’s possible these might change at some point, but they’ve been pretty constant since launch.

How often can I play Blitz battles?

This is perhaps the most integral question to answer. Blitz doesn’t use up any energy, so theoretically you can keep playing battles and grind in this mode. However, once you use characters in Blitz, you either need to spend Blitz Charges to use them again immediately, or wait until their timers run out. 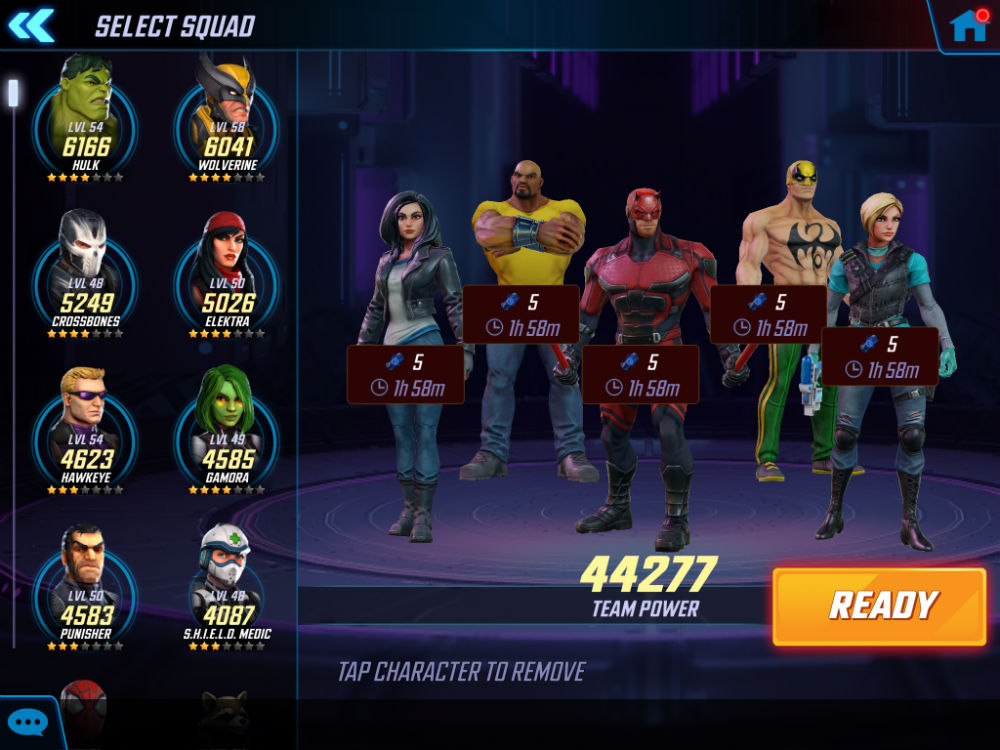 For this reason, it’s best to rotate through every character in your possession during Blitz sessions. It’s a pain in the butt, yet vital for hitting as many Milestones as possible (and the devs have promised to make squad selection saves and loads easier in the future). Also, don’t forget that the difficulty of the enemies you face scales for your team, so the only disadvantage you have for picking weaker characters is that they might not have all their abilities unlocked and certainly not ranked up. Also, you won’t receive as high a score because the teams you defeat will be so weak, so keep that in mind too.

Bonus tip: You can use the ‘Auto’ button and speed controls to zoom through Blitz battles you know you will win so you aren’t wasting time on them.

Pokemon GO Celebi guide: How to catch this mythical Pokemon