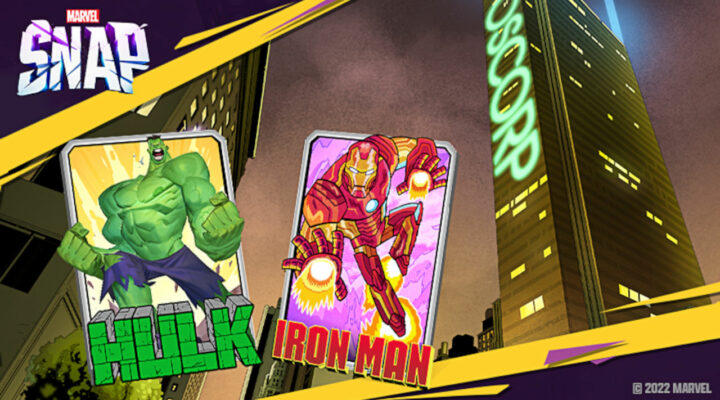 Just got started with Marvel Snap and don’t have a clue where to begin? Our Marvel Snap decks guide is here to help you with just that. In this guide, we round up our favourite decks so you can easily set them up in-game and get cracking. Of course, being a free-to-play game, we’re aware that Marvel Snap players will come in all forms of budget, so we’ve separated our decks into the absolute best, and free-to-play options. We’ll explain our reasoning below.

Marvel Snap is a brand new card game that takes place in the superhero universe. You collect cards and create a team of your favourite heroes, then participate in high-speed battles against opponents in real-time. As a live service title, you can expect new cards and updates to drop regularly, so we recommend getting involved ASAP.

You can learn more about it on the official site. We’ve also put together a Marvel Snap tier list to help you decide which cards are best If you’re looking for something new to play, we recommend checking out our Neural Cloud tier list, Echocalypse tier list, Memento Mori tier list, and Memento Mori reroll guides.

Before we move onto the decks themselves, we just want to give a brief description of how our favourite decks work. As you can see, we’ve split it into ‘best decks’ and free-to-play’ decks. Best is simply what we consider to be the absolute best team compositions in the game, with money being zero obstacle.

Free-to-play decks, on the other hand, focus on characters that perform well right from the get-go. They’ll need very little investment to be competitive, but may well not compete at the very top. So be warned about that.

These decks are what we consider to be the best in the game, though you will need to invest to get the most out of them. As such, we don’t recommend these to beginners.

These decks are ideal for those that are brand new to Marvel Snap, or those that don’t want to spend too much money. They perform well with minimal investment.

What Is A Deck?

A deck is a combination of cards that you can use in a card game in competitive matches. It focuses on cards that synergise well with each other, and is designed to help beginners and hardcore alike perform better.

How Did We Pick Our Marvel Snap Decks?

We used a combination of the following factors when pulling together our Marvel Snap decks:

However, it’s worth noting these decks are based on our experience with the game, but yours may vary. So, we recommend that you take this with a pinch of salt and play Marvel Snap for yourself.

How Often Do We Update Our Marvel Snap Decks?

We update our decks regularly to ensure that they always follows the latest meta. Typically, you can expect an update around the following happenings: