Home / Walkthroughs, Tips, Cheats / Lucky Pokemon in Pokemon GO: What they are and how to get them

Lucky Pokemon in Pokemon GO: What they are and how to get them 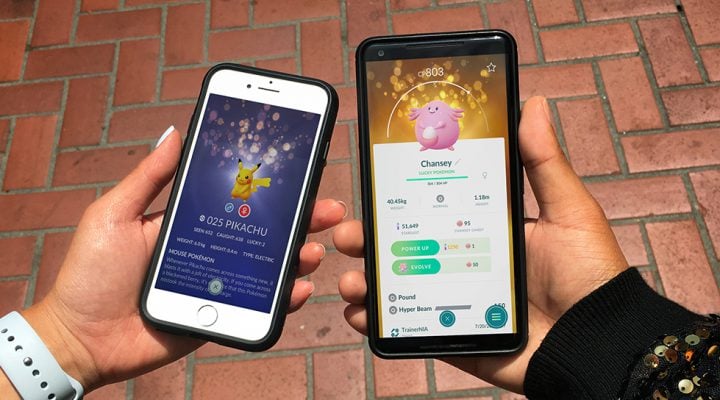 Just when you thought that you had a handle on every different kind of Pokemon in Pokemon GO, Niantic goes and adds something new to the mix. That’s not a bad thing, mind you, considering how long trainers had to wait for certain highly anticipated features to make it into the game (ahem, trading), but it does keep you on your toes with each new update. The latest twist is Lucky Pokemon, helpfully discovered by Professor Willow.

What is a Lucky Pokemon?

Lucky Pokemon are extra sparkly (though not shiny, that’s something different!) versions of existing Pokemon that require less stardust than normal to power up. This is extremely helpful for any character you don’t plan on evolving and expect to use as is, or, of course, for Pokemon that aren’t able to evolve anyway. You’ll still need candy to bump up their CP, but lowering the amount of stardust needed is a big help to make them tougher.

How does a Pokemon become a Lucky Pokemon?

This is kind of the tricky part, as there’s no way to tell for sure. What Niantic said in its blog post that announced the new feature is that any Pokemon has a chance to become Lucky when traded. This will encourage players to do more trading, which has been an obvious focus ever since trading was added to the game earlier this year.

However, it also suggests that holding onto Pokemon for a longer period of time makes them more likely to turn into Lucky Pokemon:

The longer the Pokémon spends inside a Trainer’s Pokémon storage, the higher the chance of them becoming Lucky Pokémon when they are traded. Whether or not being in storage causes Pokémon to become Lucky Pokémon remains a mystery, but be sure to stay posted for more results from the professor’s research.

How does that effect the way you play? For starters, you might not be as quick to transfer certain Pokemon back to the Professor due to the chance that holding onto them might turn into something more valuable. It’s now at least worth considering if certain characters that you think other players would like to trade for could be worth a spot in your collection where they can sit for a while. On top of that, if you have certain creatures that have been with you for months, those are now definitely more worthy trade bait than before.

What else came with the Lucky Pokemon update?

Niantic also made some minor changes to gifts with this update. Along with the usual items you will receive or in-game friends will receive from you, there are now XP awards attached to gift-giving and the chance that any gift may contain stardust. That should be a welcome change since it’s all too easy to run out under normal circumstances and it’s needed for trades as well as powering up Pokemon.

Note that at the time this article is being published, Lucky Pokemon are not actually live in Pokemon GO despite their announcement by Niantic, but depending on when you are reading, they definitely could be. There’s now more reason than ever to seek out the trainers on your friend list and work out some trades, so here’s to you discovering that many of your upcoming trades involve Lucky Pokemon.

The Walking Dead: Our World — How to get free coins