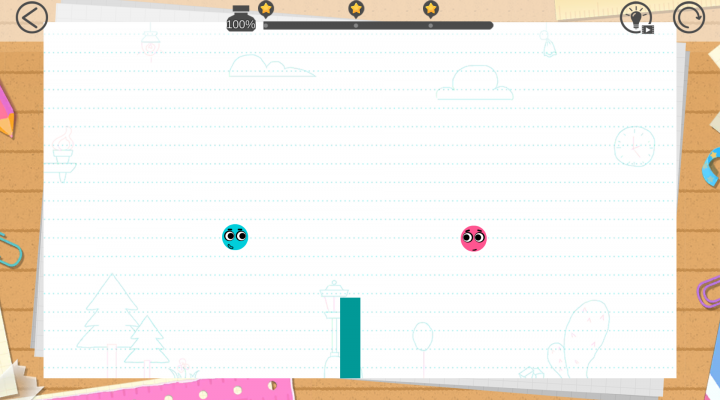 Love Balls is like Scribblenauts and Kirby and the Rainbow Curse had a weird, Freudian slip of a baby. In this game, you attempt to reunite two colored balls by drawing lines to move them toward one another. At first, this just involves pushing them down ramps or making ramps for them to move toward one another. But as the levels progress, you get obstacles, gaps, and other puzzles to solve that make it very difficult to get the balls together without one of them falling off the screen.

But you can do it with a little patience, persistence, and help from us. Here’s a guide on how to unite the balls of Love Balls, forever (I can’t believe I just wrote that sentence): 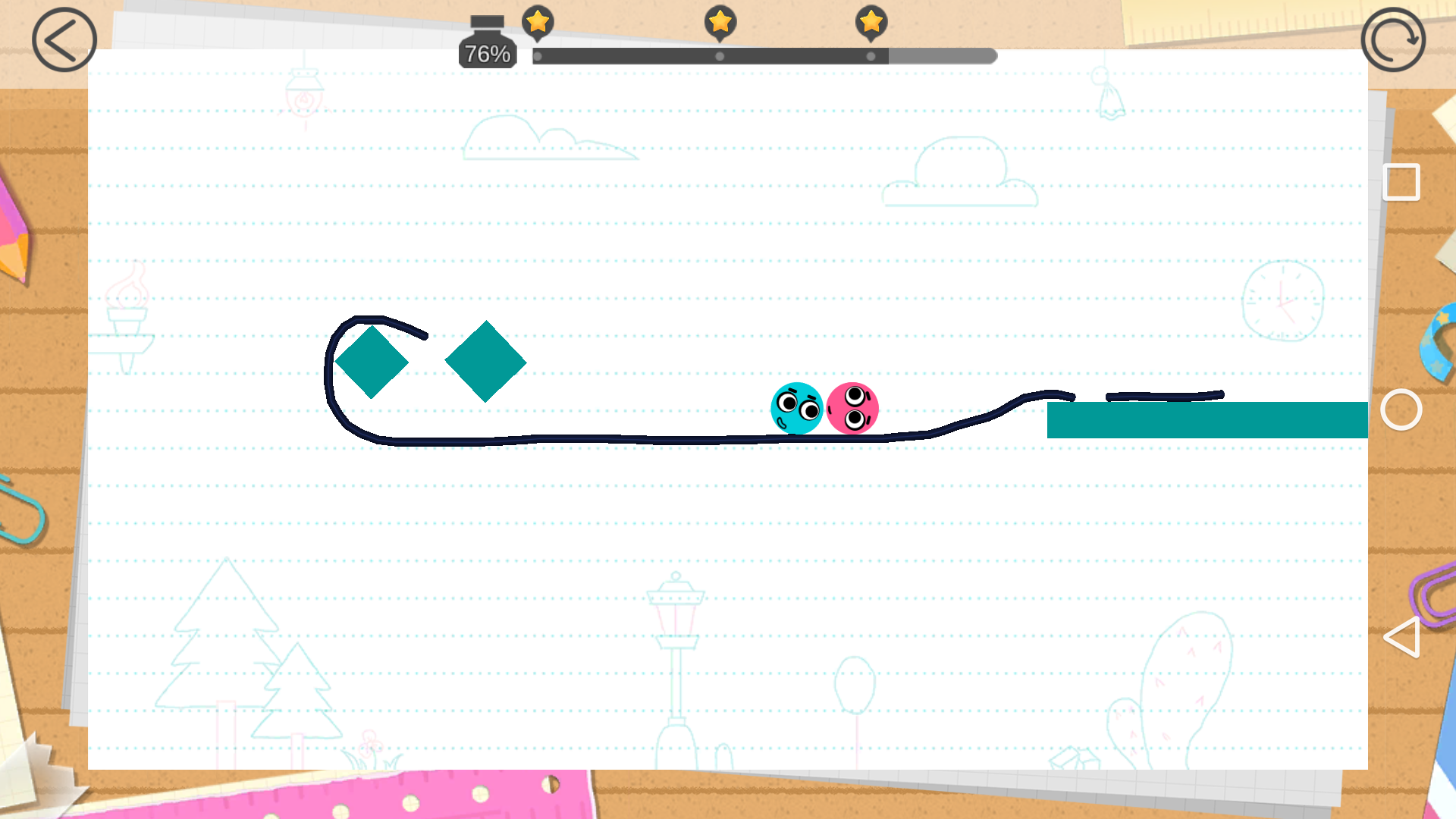 It’s not explained, but the bar at the top is how much ink you can use to solve the puzzle. You have the entire bar before you have to restart, but by using even less, you can earn 1, 2, or 3 stars on each level. Your first time around, you probably will only get 2 stars max. But you can repeat levels as often as you like to take a crack at getting 3 stars. Once you understand how the puzzle works, it’s easy to minimize your line drawing. Give it a try!

Don’t be afraid to experiment

You don’t have a limited amount of tries at stages or anything, and there’s a restart button right in the top right corner. Use the dang thing! If you’re stuck or the lines just aren’t turning out, start over. You can even leave the current stage you’re on, replay old ones any time, or go forward and play upcoming stages if what you’re doing isn’t jiving.

I don’t generally recommend the latter option, as the stages in Love Balls typically progress in such a way that you learn as you go. But Love Balls is very much a game in which you can follow your star. Throw lines out there, move the balls around, and see what works and what doesn’t. Often, on some of the later stages, such strategies will be necessary just to understand how lines and balls work together. Get experimental! 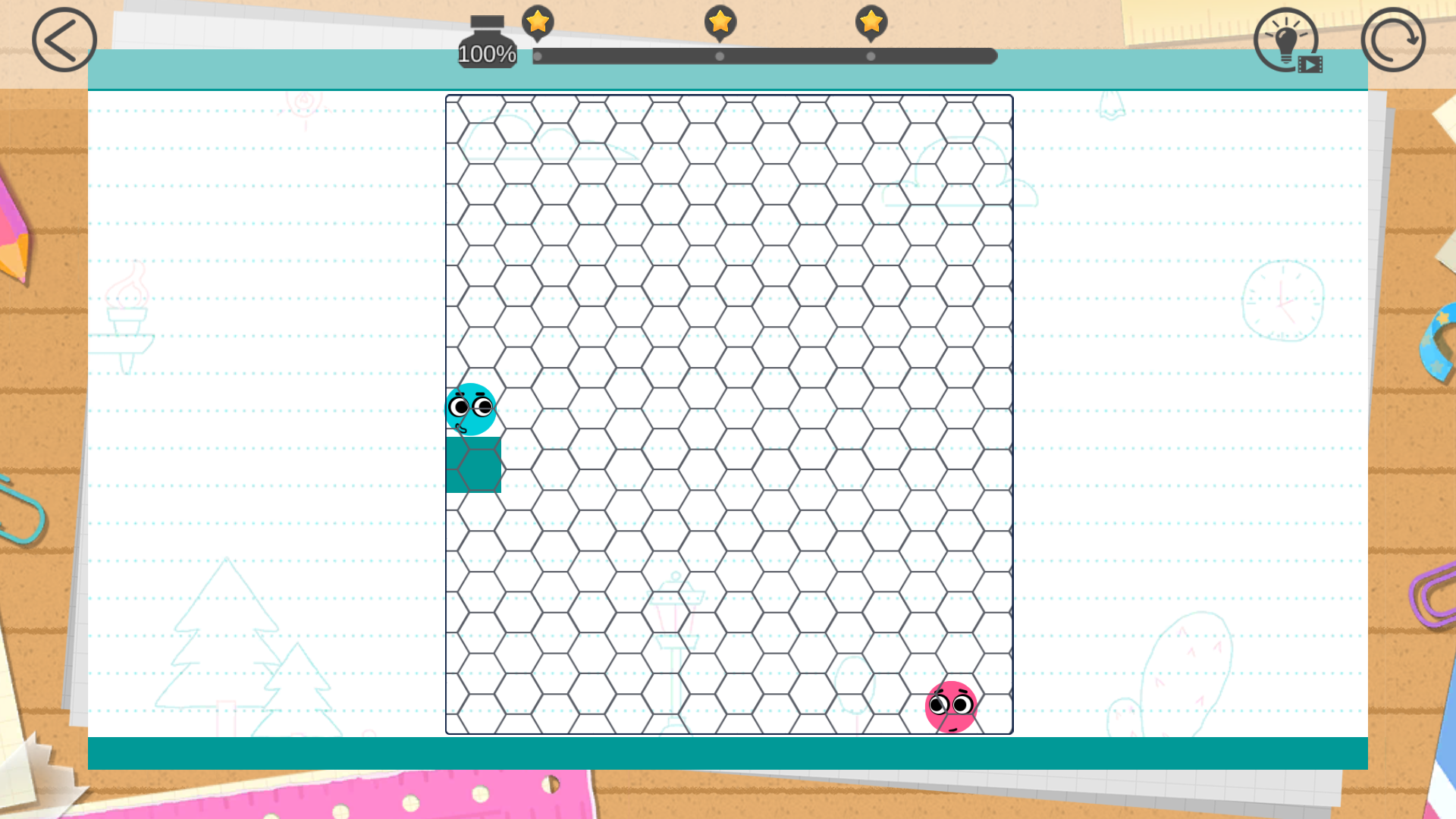 In some of the later stages, you might find it difficult to get the balls to land just where you want them to. One trick I’ve found handy, especially when the stage has a block that acts as a fulcrum, is to remember that lines have weight. If you can get two balls on the same line, you can drop smaller lines onto one side to tip the scale and roll the balls in a certain direction. This can get precarious if there are a lot of gaps, but you can also hook the edges of lines around platforms to stabilize them on a certain side.

The more you play, the more accustomed you’ll become to how lines interact with platforms, weight, and the physics of the game. As before, keep practicing. 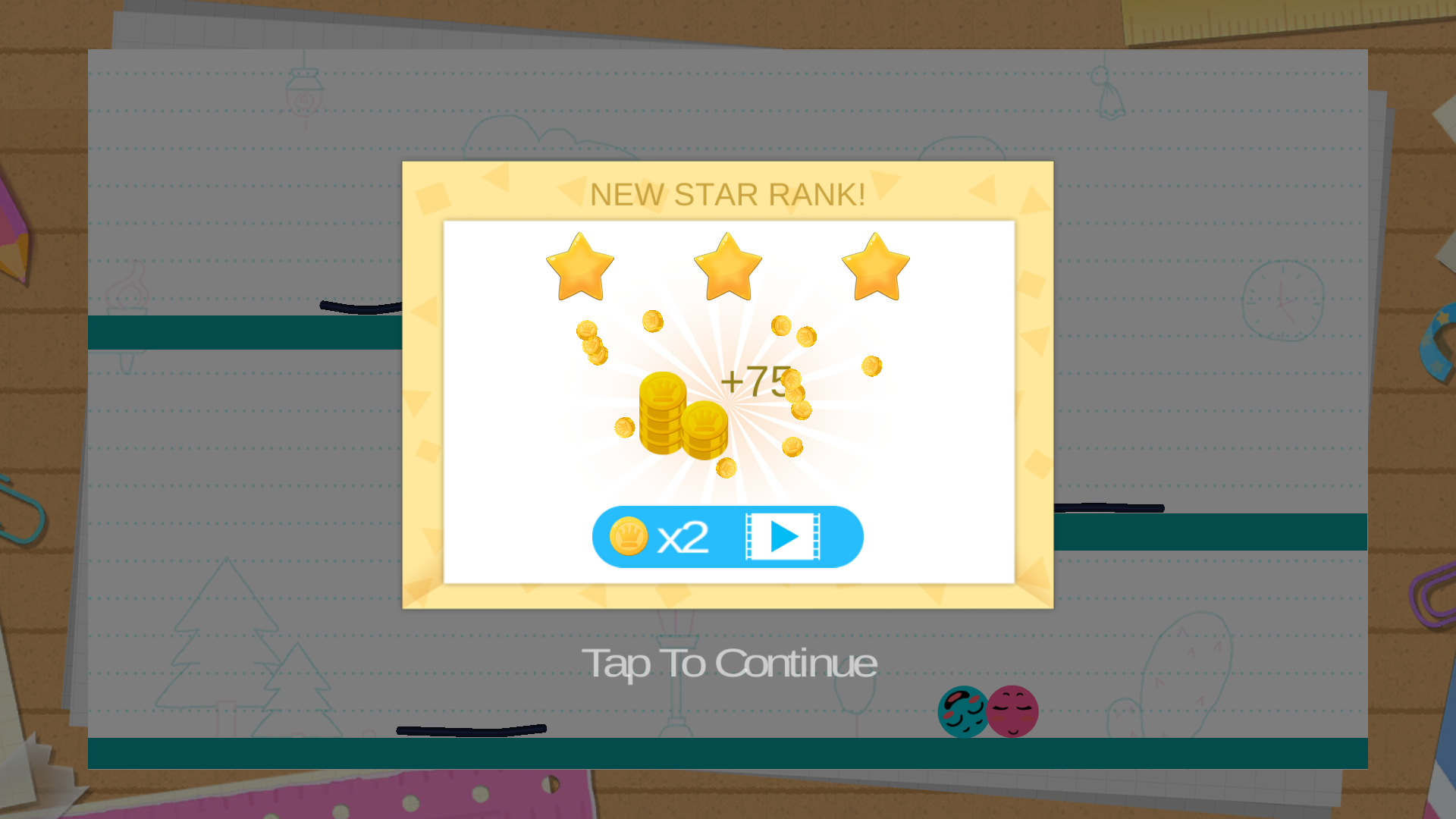 One last thing to remember in Love Balls is that sometimes, the answer isn’t one line. Sometimes it’s a lot of small lines, well-placed. In stages with gaps you learn early to catch your falling balls before they crash in the pit, but that can train you to forget that short lines are also effective. If you’re just struggling to get through a stage, nevermind 3-star it, you can use a large line to catch both balls if needed, then use small lines to propel them toward one another however you can.

Keep those balls rolling to reunion!

How to play for free in My Tamagotchi Forever