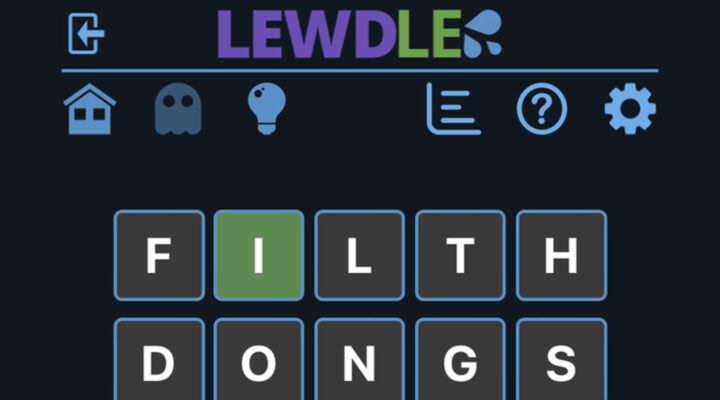 Struggling with the puzzle in Lewdle today? Well, we’re here to help you. In this guide, we provide the answer for today’s puzzle, and, what’s more, we keep this article updated every single day. If you’re a big fan of Lewdle, and often struggle with the solution, we recommend bookmarking this page and checking back frequently. That way, you’ll never miss out on a puzzle.

Lewdle is a Wordle-like daily puzzle game that puts a rude spin on it. Much like Phoodle, it plays the same but puts a theme on the game. In this case, it’s rude words. So, if you’re a big fan of swearing or saying things you generally shouldn’t, this is the Wordle-like for you.

You can play Lewdle on the official site. We cover a bunch of daily puzzle games, so we recommend checking out our other guides. We cover Quordle today, Semantle today, Weaver today, Nerdle today, Phoodle today, and Heardle today.

Here’s the answer for Lewdle today:

Now, we’ll answer a bunch of questions you may have about Lewdle.

Lewdle is a word game that draws inspiration from the sensation word game that kicked off the trend, Wordle. You still have to guess a word, just like in Wordle, but you’re guessing a rude word specifically.

Before we straight up give you the answers, here are a few tips that might help you:

Where Can I Find Previous Lewdle Answers?

That will do it for our Lewdle today guide. Make sure to grab the game via the links at the top of this page, check out the related guides in the third paragraph, and bookmark this page to get the Lewdle solutions moving forward.