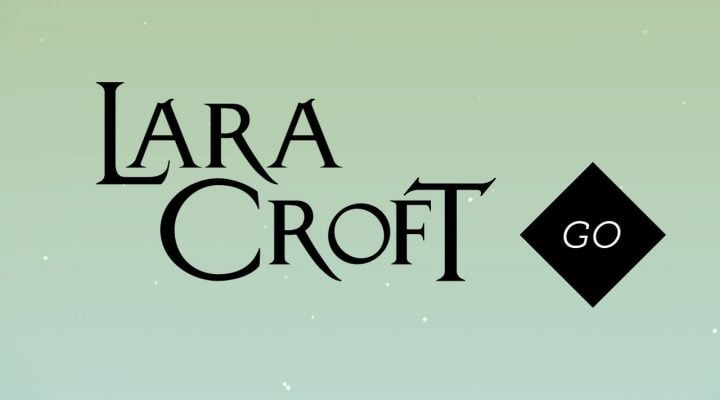 It might seem like Lara Croft is capable enough to overcome any challenge without help, but she actually needs some from you. In Lara Croft GO, Square Enix has put the star of the Tomb Raider franchise into some of her most precarious predicaments yet, and while she still has all her trademark moves, she can only advance toward her goals one step at a time.

To make things even more daunting, this is a game that provides you with no tutorial and no clues on what Lara can and can’t do. That’s where we come in. We’ve had the chance to put Lara to the test so that you can skip some of the trial and error process you may find tedious. Stick with these Lara Croft GO tips, cheats and strategies, and it will feel like you’ve been exploring mysterious ruins your whole life – from the comfort of your couch or the monotony of your commuter train, anyway.

Swipe to Move, Swipe to Live 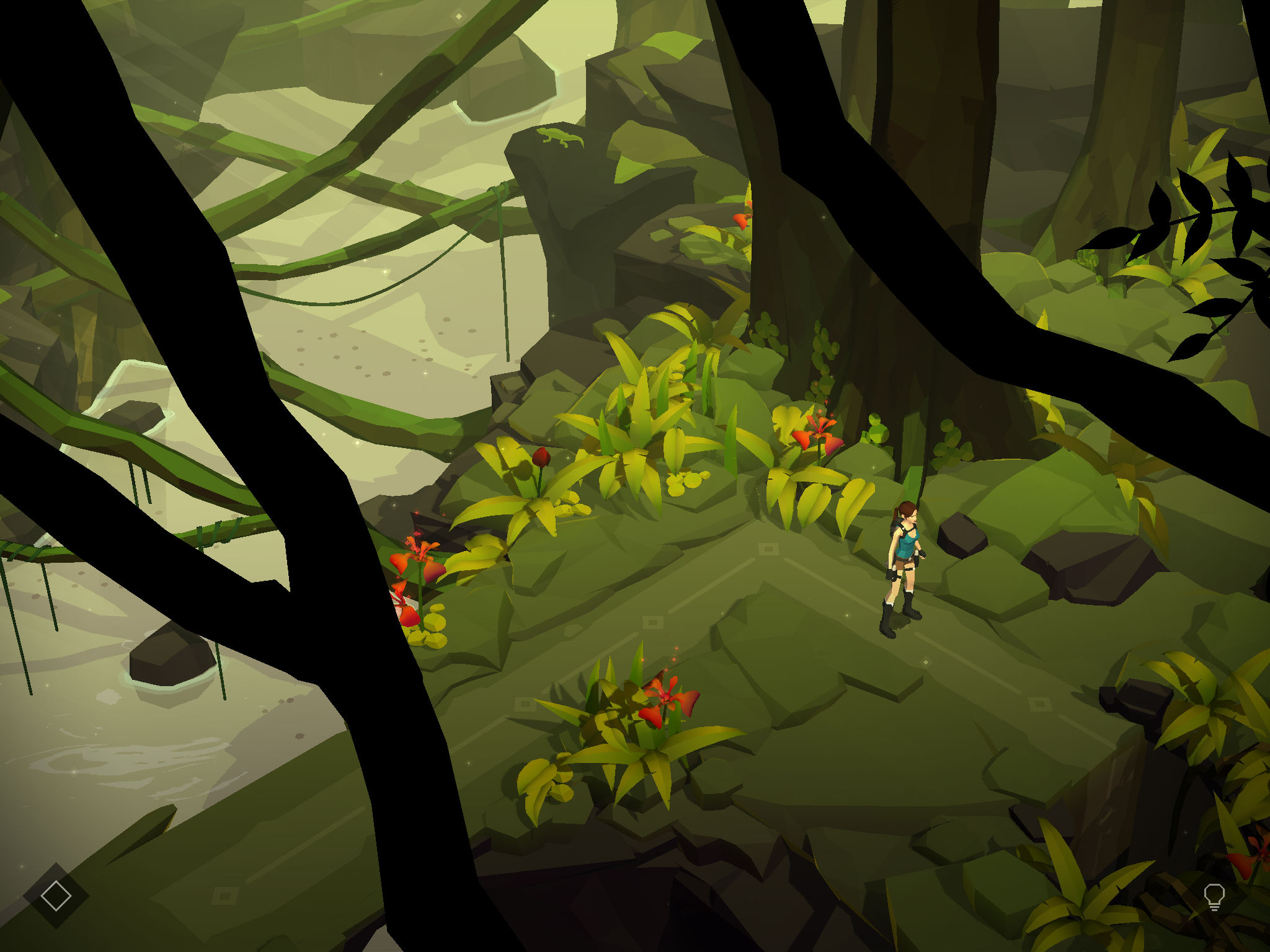 One of the earliest mysteries to solve in Lara Croft GO (assuming you figure out how to tap on the “GO” symbol on the title screen to launch the game) also has one of its simplest answers. You move Lara through each stage by simply swiping in the direction you’d like her to go. One swipe, one move.

Sine she’s an experienced adventurer, she can climb walls and hang from ledges with the best of them, so you needn’t worry about elevation changes. If there’s a diamond to mark the next space with a line connecting it to your current location, you can reach it.

There’s no hurry, at least in any of the stages we’ve played to date, so take your time before each swipe. In later levels you’ll encounter obstacles and enemies that move one space every time you do, so it’s wise to plan out every move. 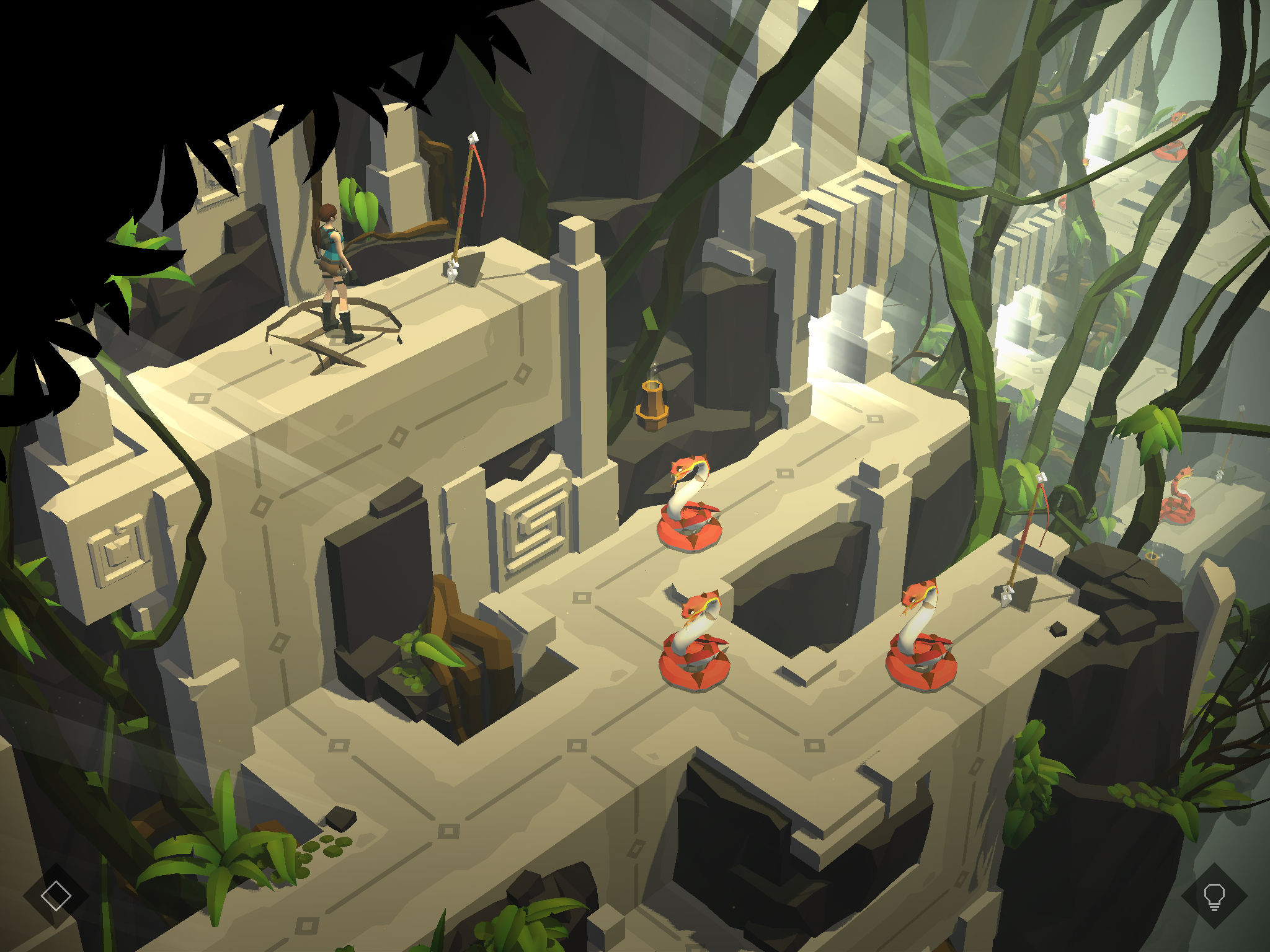 Some spaces will have visible cracks before you step on them. That’s a warning sign you need to heed, as the first step will cause the space to partially collapse, while returning a second time to that spot on the ground will make the whole thing give way, leading to … well, death.

You’ll also find the same cracks on walls, and the same rule applies. You can land on that space once, but not twice. Doing so doesn’t cause your instant demise though, it merely makes Lara fall straight down. If there’s a valid space below, she’ll be just fine, so you can actually use collapsing walls to your advantage in certain situations.

Just a Tap Away 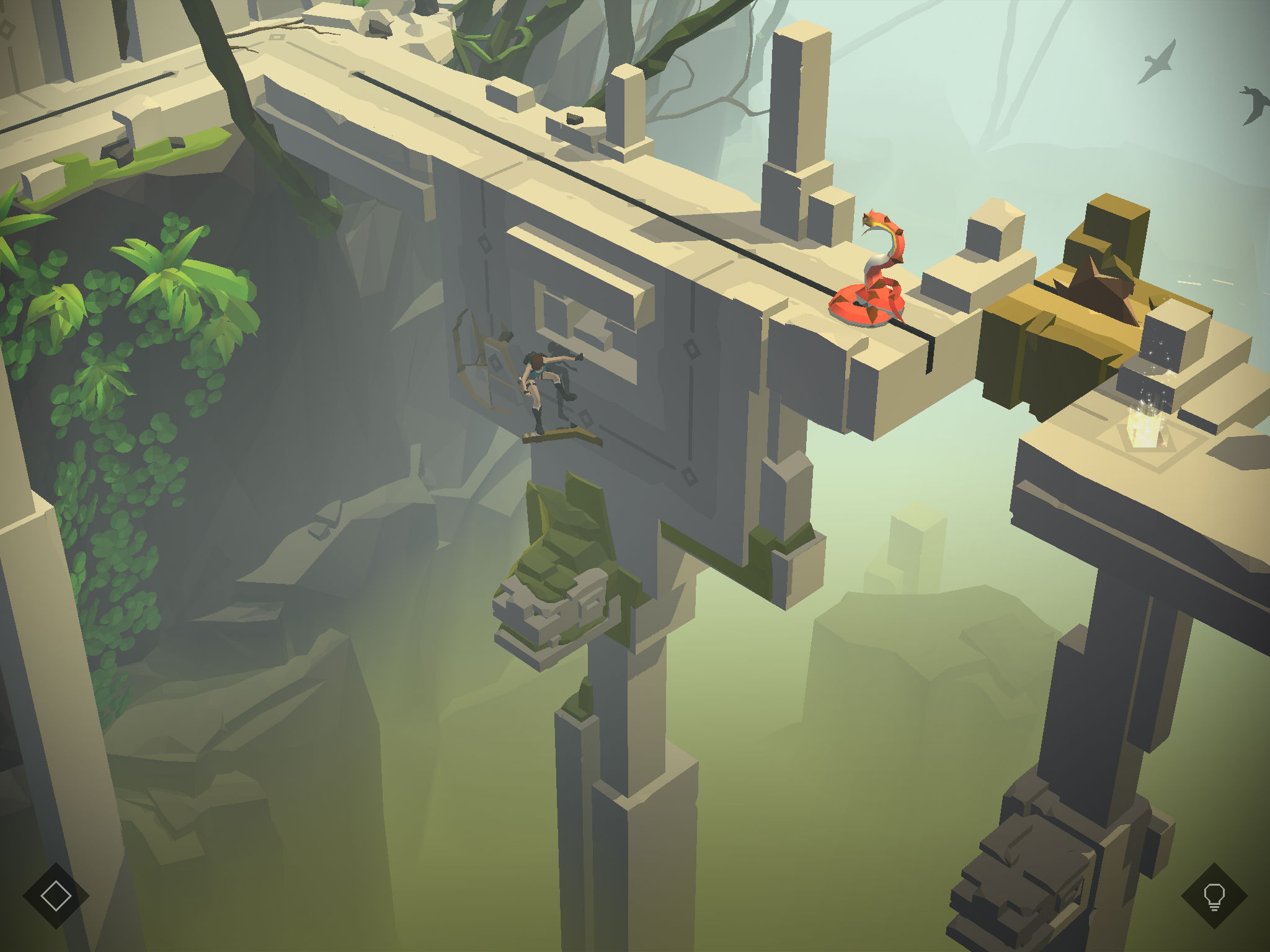 Most of the things you’ll encounter within the game’s environments can be utilized just by tapping on them. The switches, for example, can be activated simply by moving Lara to the space they occupy and tapping on them; she can use her hands or feet to use them as necessary.

Collecting gems and relic piece also couldn’t be easier. You can tap on the urns in which they rest (look for the telltale glow) as soon as you see them. Lara doesn’t even need to be nearby to scoop them up. 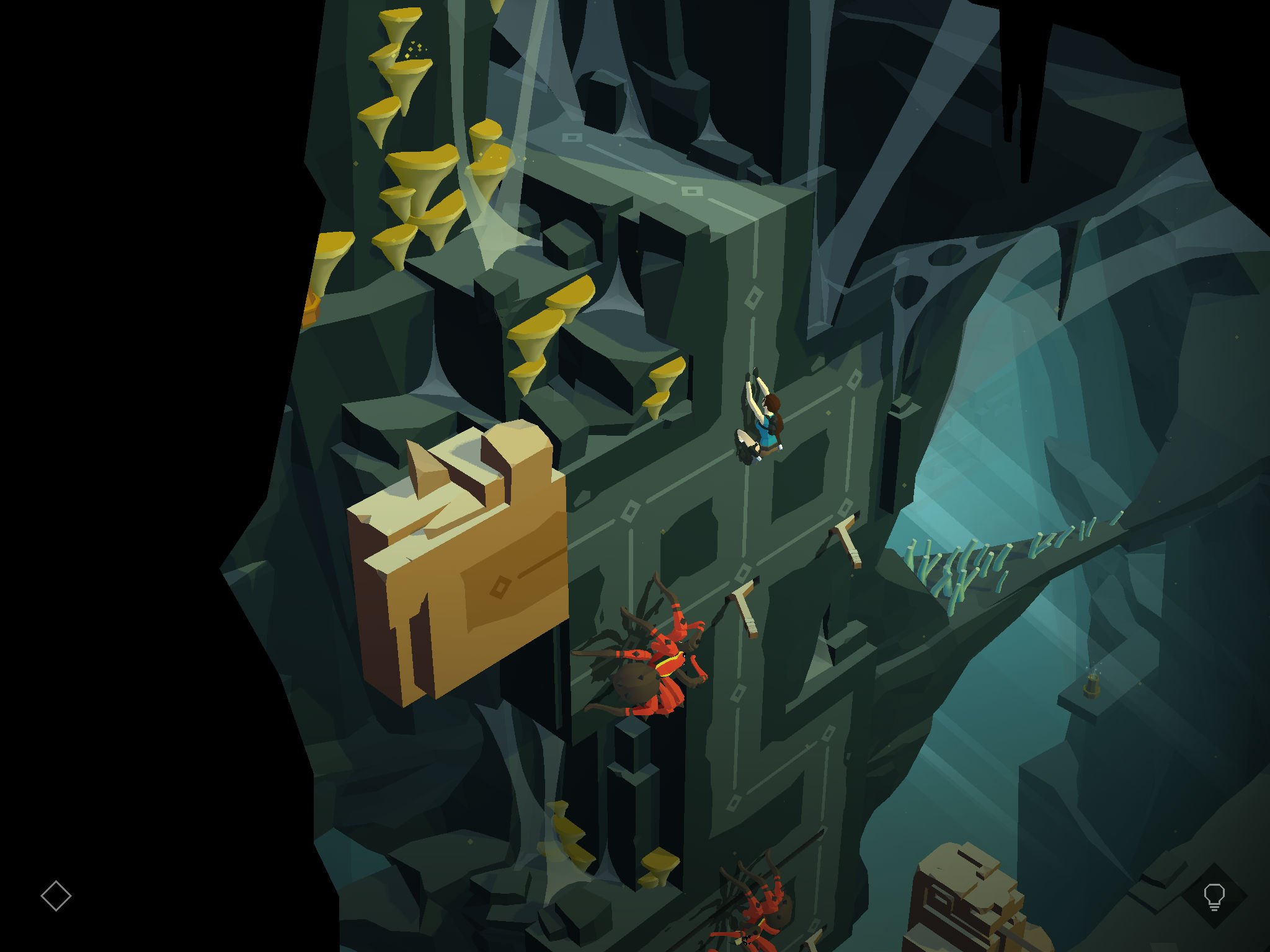 Every kind of creature or enemy you encounter has its own unique characteristics, so there’s no single solution to defeating them. There’s only one general rule to follow, and it’s an important one: you don’t usually want to be standing right in front of them at the end of any given move. For example, approaching the space right in front of a snake will lead to you death, as will failing to move away from a pursuing Lizard Man.

Here are some tips on how to defeat the enemies you’ll encounter in the first two dozen or so levels. 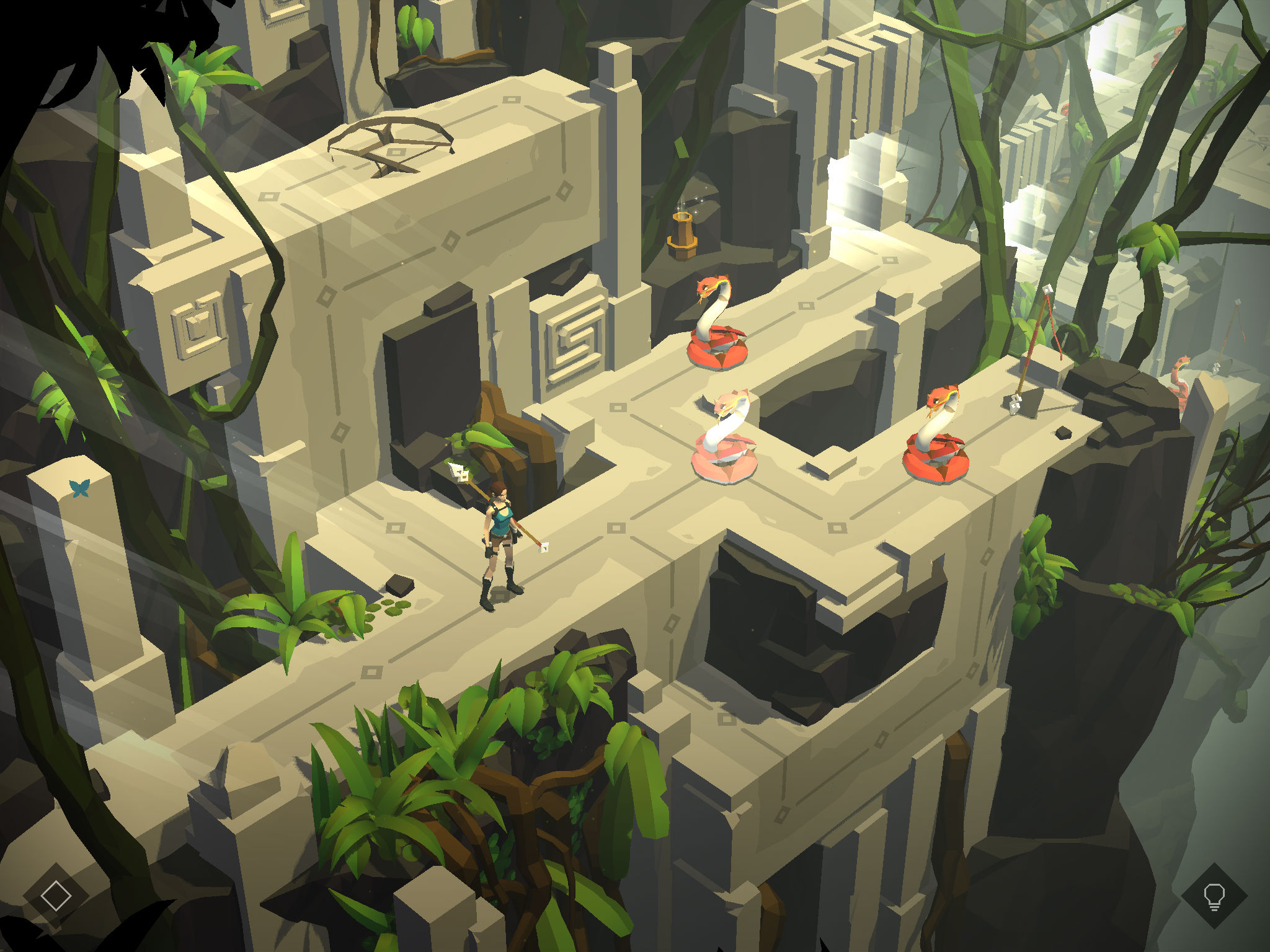 Lara doesn’t have any distance attacks under normal circumstances, but she can pick up spears she finds among the ruins. All you have to do is move to a space with a spear in the ground and Lara will automatically pick it up, stashing it on her back until you want to use it.

To use the spear, you need to be on the same level as your target and have an unobstructed path. Valid targets will blink with a white glow. It’s a one-shot deal, but it instantly kills anything it hits.

As with everything else in Lara Croft GO, you’ll want to consider every thrown spear carefully. Your instinct will often be to kill the creature closest to you, but you need to think several moves ahead, like playing chess.

When All Else Fails, You Can Always Pay

A big part of the fun of Lara Croft GO is the satisfaction that comes with figuring out the puzzles on your own. That said, Square Enix does offer you the ultimate cheat: a bundle of solutions for every puzzle in the game that you can buy for $4.99 (at launch time, anyway). It’s not the option we’d choose here at Gamezebo, but it’s available if you need it. And we won’t judge you for taking advantage of it … much!

How to Unlock PAC-MAN Characters in Crossy Road