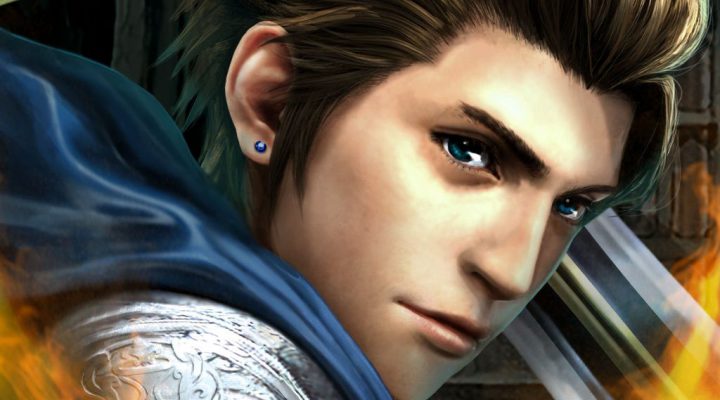 King’s Knight: Wrath of the Dark Dragon’s name and developer alone is enough to raise the eyebrows of 80s RPG fans. It’s an attempt by Square Enix to revive their beloved hero, Ray Jack, and bring his adventure to the format it seems to have always been destined for. But fear not if you’re confused at the outset by the familiarity with which the main cast greets one another. You’ll soon be guiding a new group of heroes all your own.

Just like its older counterpart, King’s Knight on mobile is a vertical-scrolling shooter with action-RPG elements. There’s a heavy RNG component in terms of acquiring new heroes and weapons, reminiscent in many ways of Nintendo’s recent antics with Fire Emblem Heroes. But even if you’re not rolling legendary heroes every time, the story and sidequests are fully doable with a dose of patience and calculation. Gamezebo’s King’s Knight tips, cheats and strategies will make sure you’re playing your absolute best. 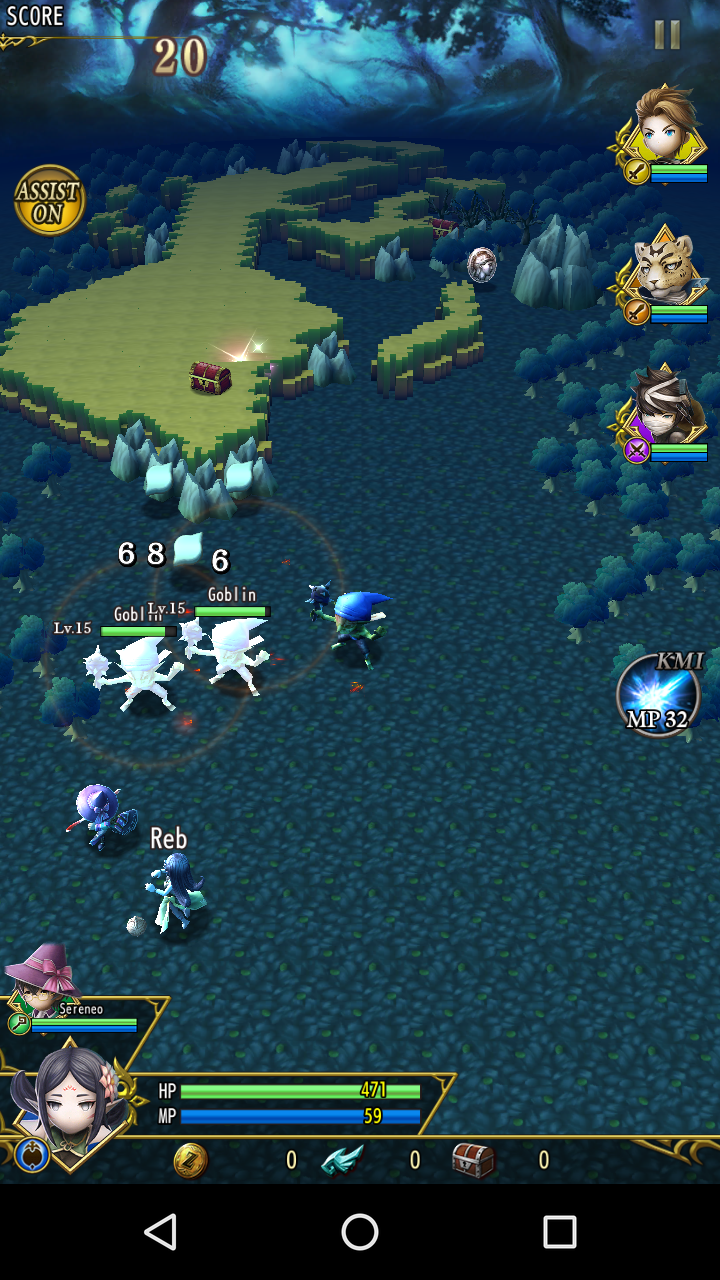 King’s Knight can feel overwhelming in the early going, especially if you’ve never played a vertical scrolling shooter before. The stage will continuously move you forward, obstacles will get in the way, treasure chests and collectibles will roll by, and enemies will keep running at you and firing. Don’t panic! Take it slow, and do yourself a few favors early on.

First, turn on the Auto shoot mode the minute it’s introduced. Don’t hesitate. Having it on doesn’t hurt you in any way, nor is it some kind of “easy” mode. All it does is keep your character attacking constantly when your finger isn’t on the screen. Not only will this save your fingers the agony of constantly having to tap to attack, but it can give you much-needed breathing room at key moments to plan your next move.

Next, hang back. Do not rush forward; do not hang out in the middle of the screen. If you rush in and try to fight immediately, you’ll likely miss out on collectible goodies, as well as put yourself in a precarious position to be attacked by multiple enemies at once. Take down enemies as they come to you, but don’t be too eager to storm into the thick of things.

Finally, get destructive! Most of the environment can be blown apart with a hit or two of your weapon, and will often hide goodies such as health or MP restorations, attack boosts, and more. You can also find hidden staircases leading to more rewards, or open easier paths to the collectible Khalam Emblems scattered across the map. Sparkling areas will reveal hidden Gem Bugs when destroyed, which can be killed for even more rewards. 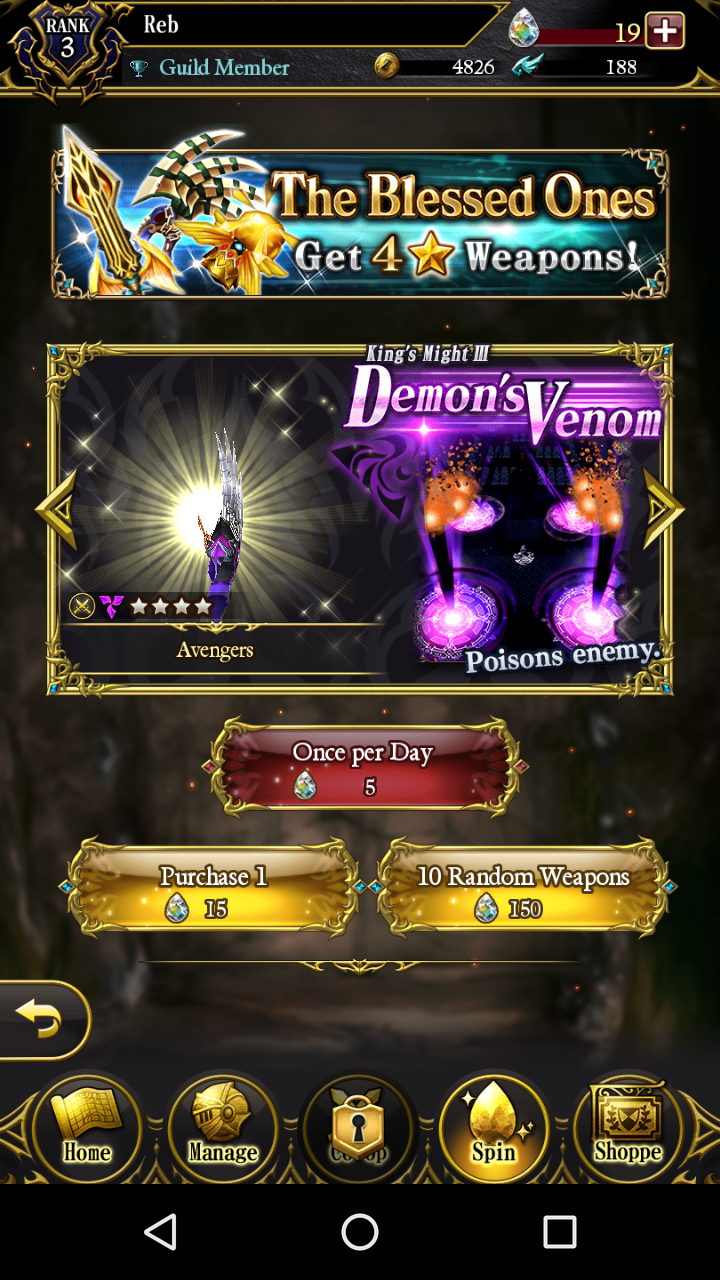 Once you get a few quests under your belt, you’re likely going to be eager to dump all that Regalite and Zell you’ve acquired on some new heroes and improved weapons. But, wait! Just wait. Don’t start buying individual items just yet.

Your starting hero should be strong enough to get you through the first few missions without needing a full party of four, so don’t sweat dousing yourself in new characters right away. Instead, make sure you save up until you have 250 Regalite, then spend it on 11 new heroes. It’s a much better deal than the 25 Regalite for one hero, as it gets you one entirely free. The same goes for weapons. Get your heroes first, then the next time, save up 150 Regalite for 11 weapons. Again, you’ll get a free one. 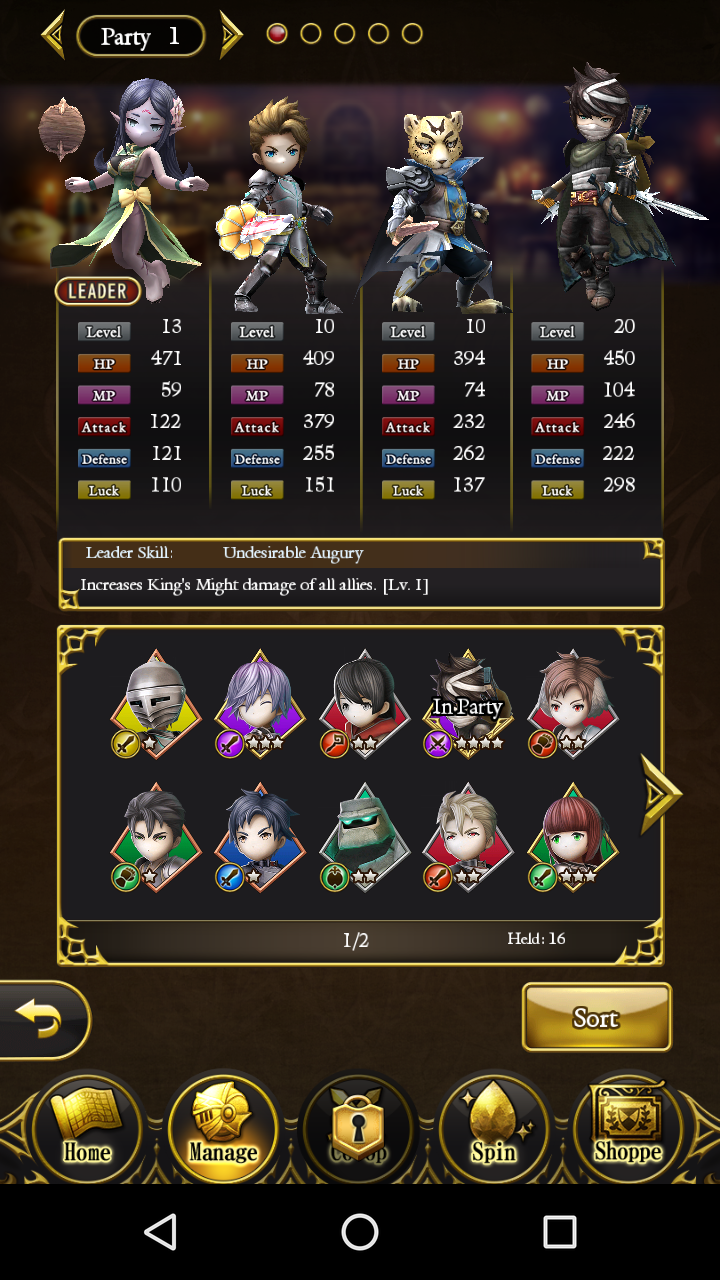 Upgrades are key when you’re trying to progress, but you’ll have limited resources, especially the longer you play. You want to make sure you upgrade heroes intelligently and not waste resources on weapons you’ll just throw away.

To start, only put Zell and upgrades into heroes and weapons that are Legendary. I know this sounds daunting, but in a purchase of 11 heroes or 11 weapons, I always got at least two legendaries, if not more, and you’ll acquire Regalite quickly enough by logging in daily that you won’t have to worry. If you’re in an absolute pinch, upgrade an Epic level, but don’t waste your time on anything less.

Next, try to establish a balanced party as quickly as possible. While you may upgrade an unbalanced party for awhile early on, try to acquire and level up a wizard, a gigant, and a warrior at minimum, while the fourth slot doesn’t especially matter. The wizard can heal, the gigant performs more of a tank role, and warriors do better damage. There are stages that require all three and you’ll be swapping often the farther you go, so you want to be sure you upgrade one of each. The same goes for weapons. Make sure each character you’ll be using regularly has a legendary (or at least epic) weapon, and focus your upgrades on that. Use Reforging on it whenever possible, and remember that you can trade in any 4-star weapon you own for any different 4-star weapon. So if you end up with a ton of 4-star swords and no staves, you’re not stuck.