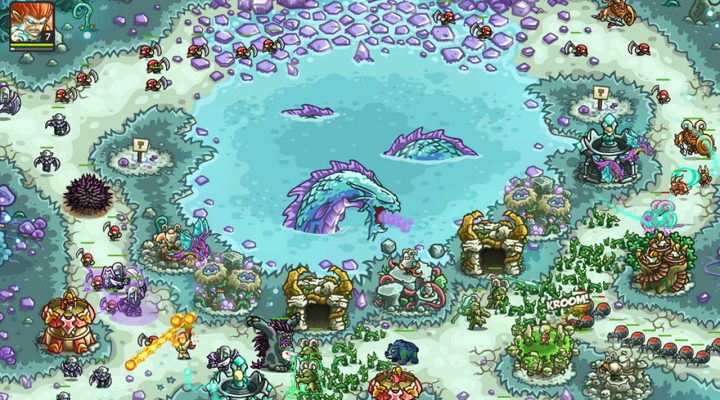 A little over a week ago, Kingdom Rush Origins released across mobile platforms. We absolutely loved our time with the game. While Origins doesn’t really bring anything new to the table, the gameplay is just as solid as ever and that is enough to keep us very happy.

Even though Kingdom Rush Origins largely employs the same game mechanics as its predecessors, this doesn’t mean veterans of the series will be able to cruise right on through the game. Origins employs new sets of enemies that are capable of fantastically frustrating feats, from cloning themselves upon death to summoning in extra enemies every few steps. Luckily, Gamezebo’s Kingdom Rush Origins Tips, Cheats and Strategies can give you some base level pointers to help keep the enemy hordes at bay.

Blockades Are Your Friends 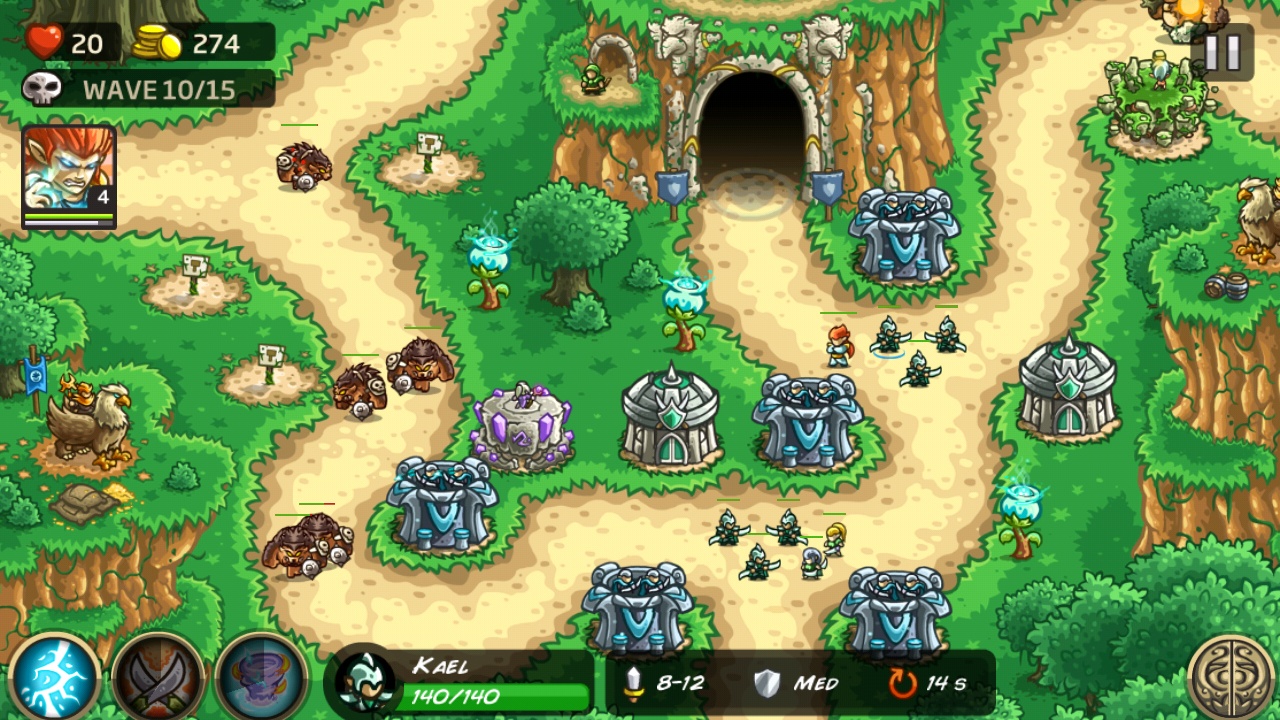 Always look for tower positions that can be paired together. Put an archer tower across from a melee tower so that the archer tower can help eliminate the enemies the melee soldiers are fighting.

This is the best and easiest way to combat the long streams of enemies that pour onto the map in waves. If you invest in heavy armor for the melee units, and the powerful area-damage arrows for the archer towers, the massacre-potential is very high.

I always kept my hero in the very last blockade. I used the mage dude who had the ability to call in a hard-hitting barrage of fireballs. This way if an enemy happened to make it through my first few blockades, it would quickly be roasted by my hero. 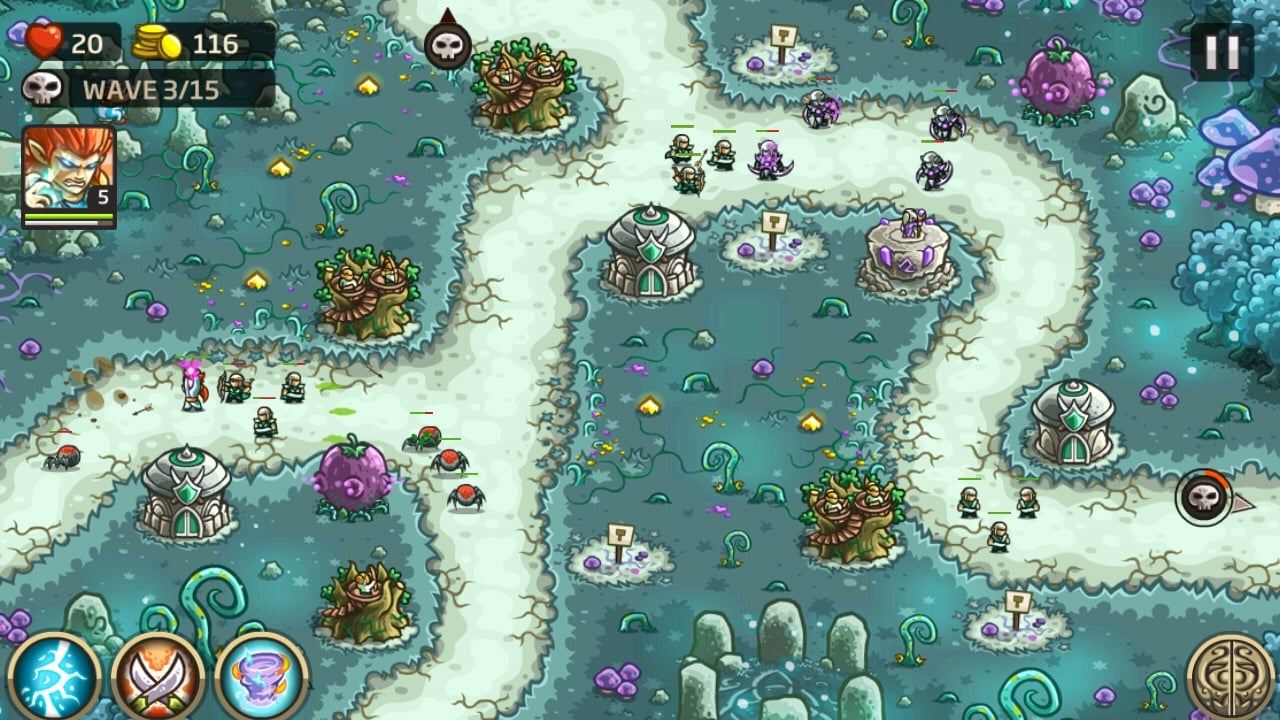 Some enemies creep down the lanes in packs. Packs are very bad. Packs can overwhelm the player’s defenses, allowing some enemies to scoot on down the lane taking no damage at all. The best way to avoid being overwhelmed is to thin the pack early on. If you see a steady stream of monsters trickling down the lane, consider dropping a special ability in the middle to stagger or wipe out a few of the monsters, breaking the big wave into two smaller waves.

This will greatly relieve the strain on your blockades since the first blockade will filter a few monsters and the second blockade will clean up any that happened to make it through.

Blot Out The Sun 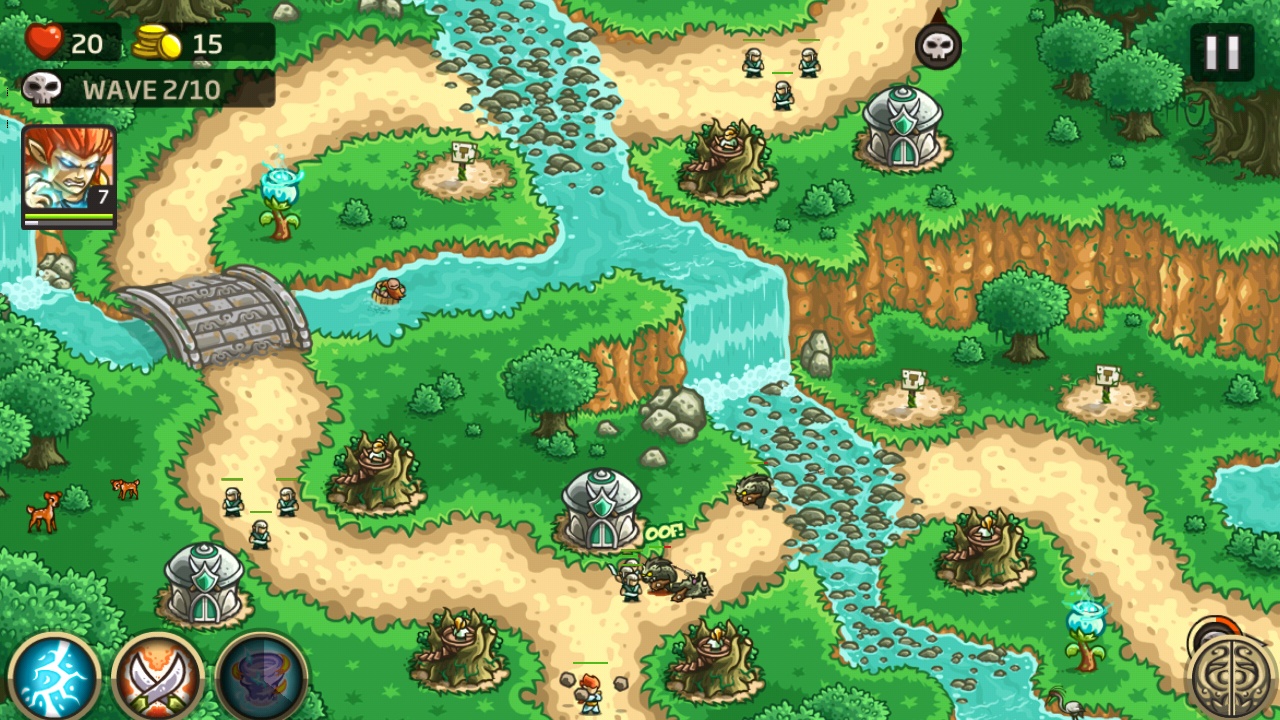 In the first half of the game, you can get by with the majority of your towers being archer towers. With two or three established blockades, stack upgraded archer towers all around them for a rain of arrows that can take down just about anything.

Before you signal the game to start, take a good look at the map. Look for any natural choke points, and build blockades at those locations. Consider the map sectored into zones between the checkpoints. So say you have two blockades; this will divide the map into three zones: the entry zone, the middle zone, and the end-zone.

Upgrade the towers in the end-zone first, as you want to save the strongest towers for the last stretch of road, in an effort to guarantee any weakened enemies do not make it through the final stretch of the map.

Consider every first run a practice run. You literally don’t know what to expect from level to level. There is no need to get frustrated if you go from full health to no health in a wave because you didn’t expect the ugly goat enemies to be able to “poof” into fairies and traverse unharmed down the side of the map.

An Army of Two 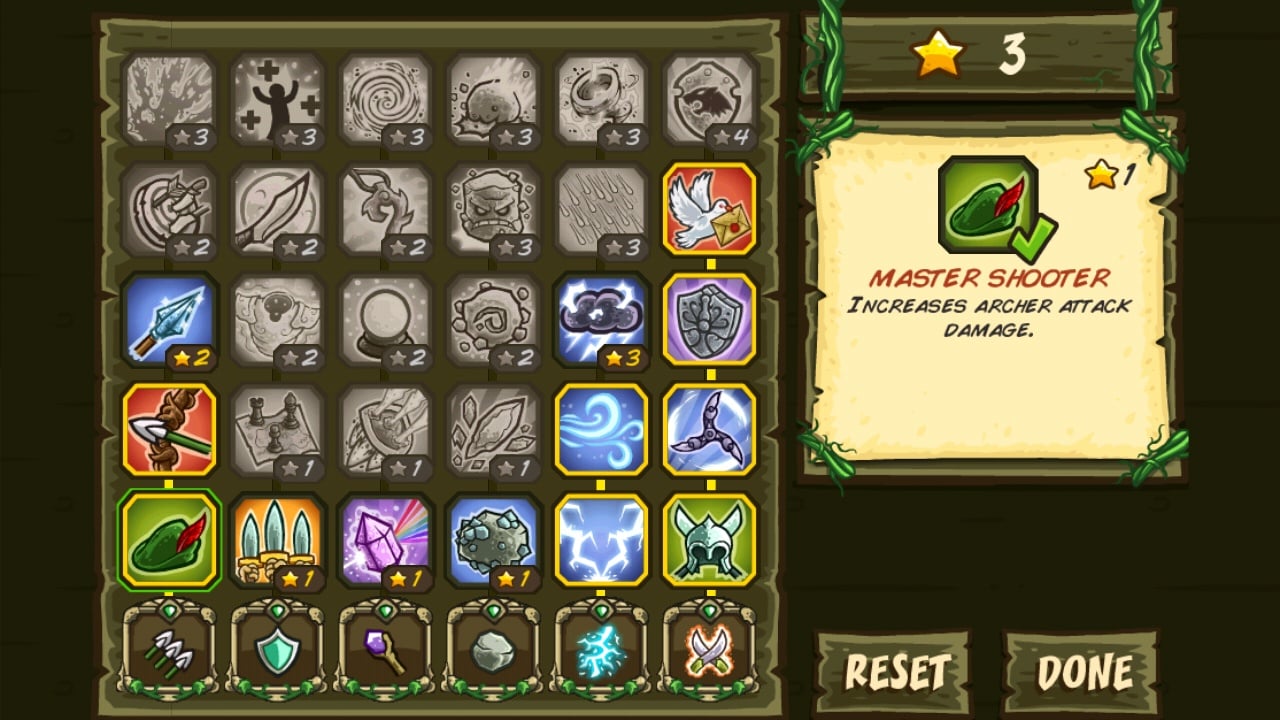 Seriously, use your skill points on those little reinforcement duos as soon as you can afford them. I cannot tell you how many times they saved me from failure. Don’t underestimate the difference a couple of soldier can make in the long run. Especially when you get their cool-down timer reduced.

The reinforcements can attack both land and airborne enemies, so keep that in mind when the swarms of flying monsters descend upon your towers.