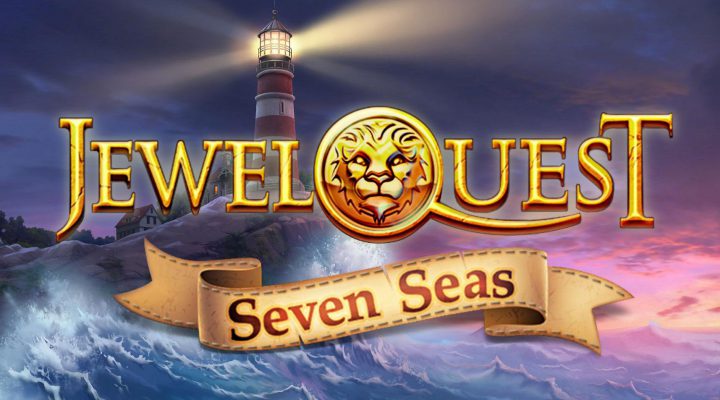 Sometimes, adventure just calls for you. Even if your name is Rupert.

In the case of Jewel Quest Seven Seas, there really is a Rupert, back for a brand new tale. This one still involves him dressing up like Indiana Jones and teaming with his wife Emma, spurred into action by an enigmatic message from a friend named Hani. That means springing into action to work those Jewel Boards — something that should come as second nature if you’ve got a few match-3 games under your belt. If you know the basic concepts, we can help with the rest, so pull up a chair and read through our Jewel Quest Seven Seas tips, cheats and strategies to rescue the Jewel Boards (and maybe even Hani) faster. 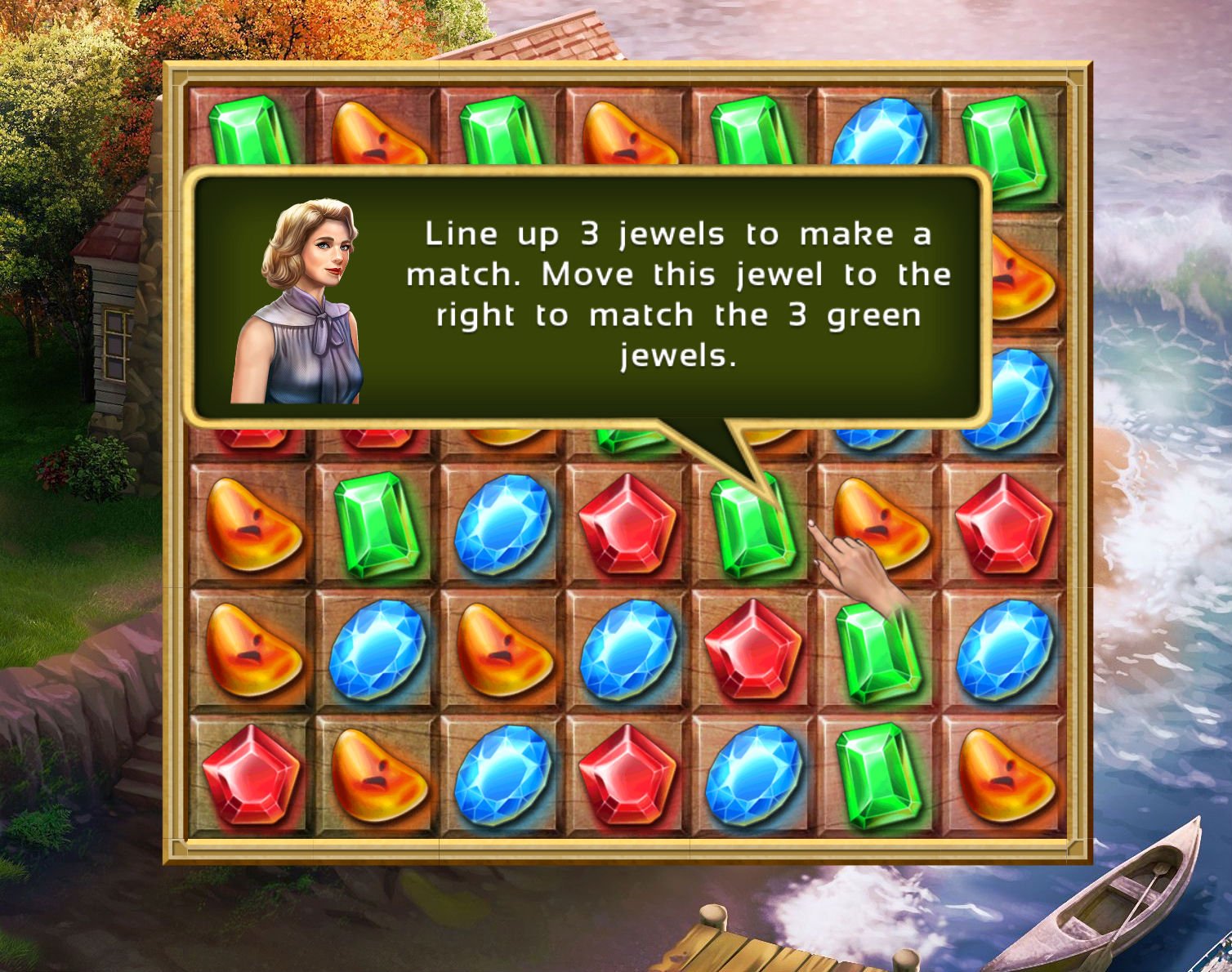 No tricky or advanced match-3 mechanics here. Simply click and hold down on any jewel on the playing board and slide it up, down or to either side to swap places with an adjacent jewel and make a match of three or more like symbols.

A match of three jewels will simply clear them from the board and force anything above to drop down to fill the void. Larger matches are used to create special symbols:

As the game progresses, you will eventually be introduced to “Collapse” style matching levels. Rather than switching gems to make matches, you will tap on gems that are touching like-colored gems to clear them from the board. You can clear a lot of gems fairly quickly this way, but will still need to limit your matches to four if you want to create a ship wheel. 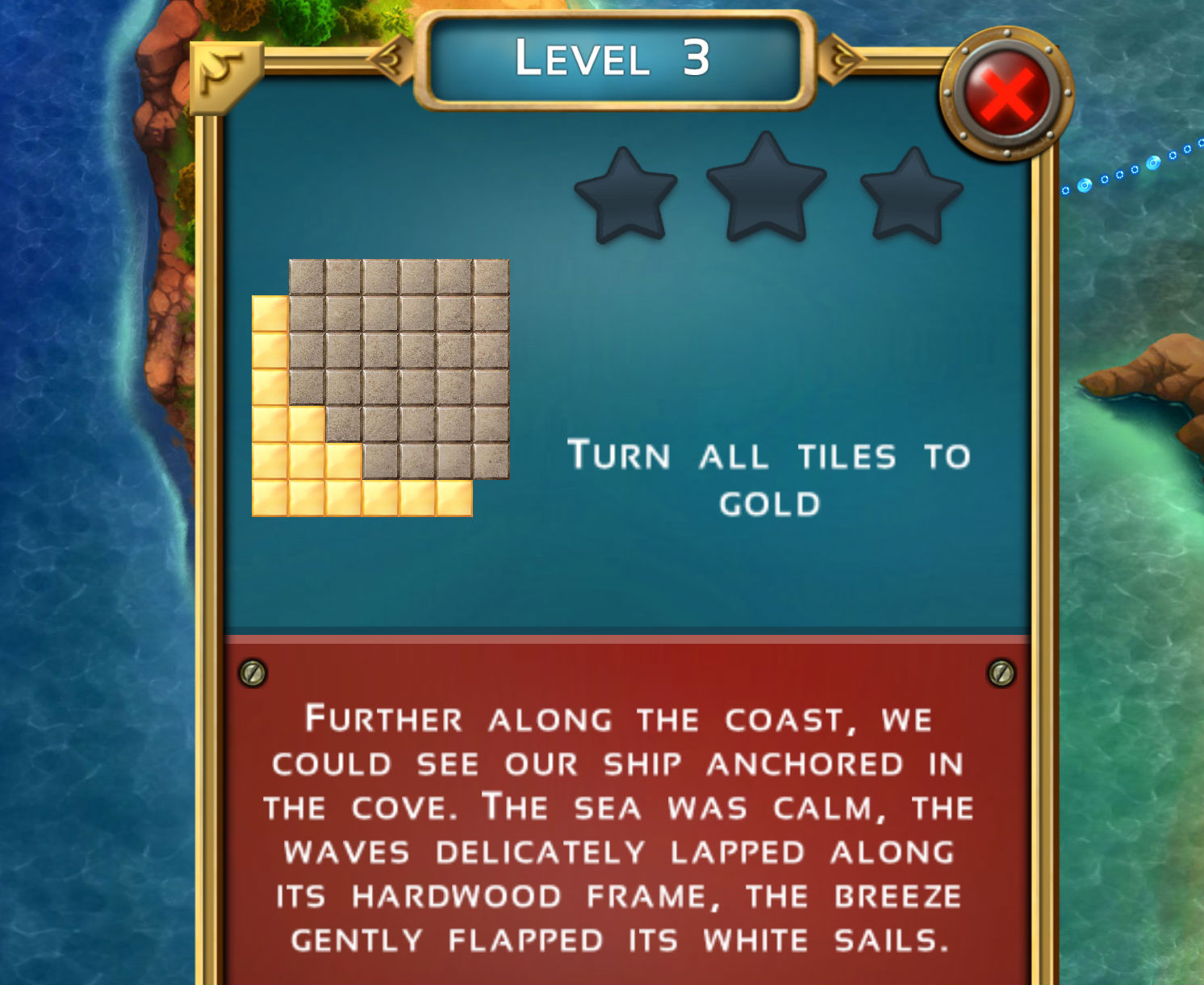 I’m not talking about life goals (though those are also good), but understanding what you need to do to finish each level, since the objective changes with each new Jewel Board you encounter.

Early on, all you’ll need to do is complete a certain number of matches, but things get more involved from there. Here are a few goals you’ll discover in the first 20 or so levels of the game:

Don’t be surprised to see two or more of these goals in combination as you advance through Jewel Quest Seven Seas. For example, you may be tasked with ringing the bells five times and turning all tiles gold in less than two minutes. These combos can really challenge you by making you act quickly while still carefully considering each move.

Also, don’t forget that even when you’ve got your goal completed, you’ll still want to make any additional matches you can within the move or time limit for a higher score. Each level has a maximum of three stars to earn, and getting them all means accomplishing your objective and scoring plenty of points.

Knowing these tidbits won’t mean the difference between winning or losing — but they don’t hurt either.

Jewel Quest Seven Seas was published by iWin, who also own Gamezebo. iWin did not contribute or otherwise have any input into the content of the article.