Home / Walkthroughs, Tips, Cheats / Injustice 2: How to Get 3 and 4-Star Characters

Injustice 2: How to Get 3 and 4-Star Characters 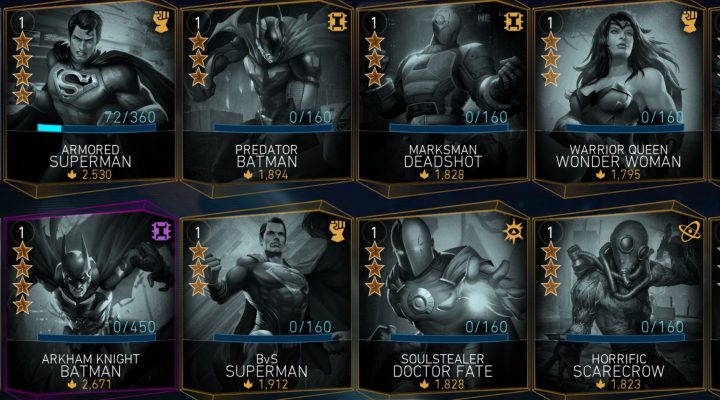 It’s not hard to start building a nice and varied team of DC heroes and villains in Injustice 2. Just by playing through the tutorial, you’ll end up with at least four characters early on, and achievements that are easy to fulfill just by playing for a few hours will have you opening enough Hero Chests to add to your collection before long.

But while silver characters (meaning the 1- and 2-star variety), what can really give you a leg up is to acquire some gold characters. Those are the 3- and 4-star heroes and villains that are tough to beat in terms of raw power and also have more abilities and talents unlocked right off the bat.

Naturally, Injustice 2 makes gold characters tougher to get to keep you playing more. The nice thing is that there are multiple ways to acquire these 3- and 4-star characters that will become the foundation of your team, and we’ll fill you in on all the ones we’ve discovered so far.

Open a Hero Chest and Get Lucky 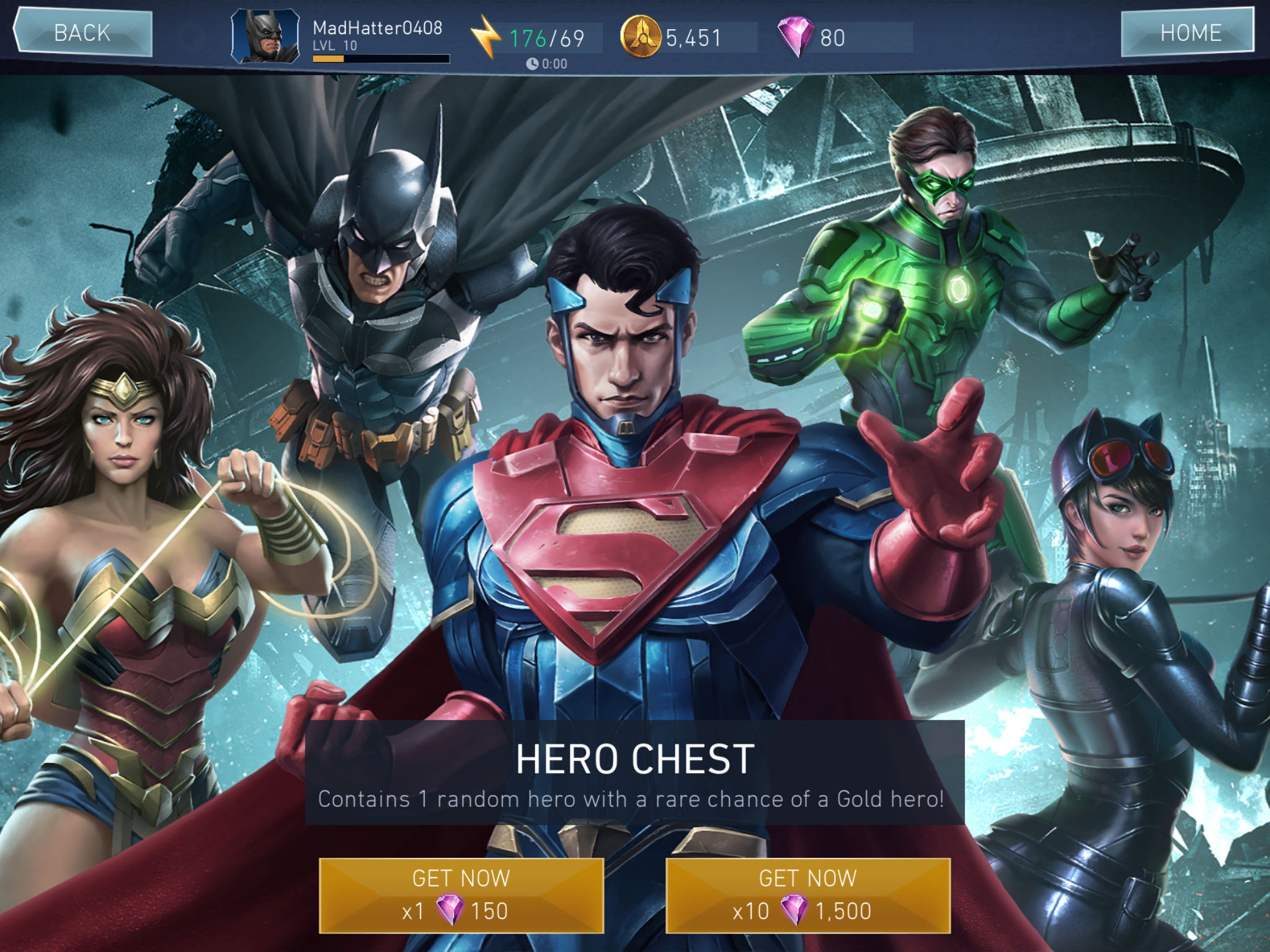 This is the easiest way to get a gold hero or villain but also the least reliable. For 150 gems, you can crack open a Hero Chest that is guaranteed to have a character inside.

Usually it’s a 1-star or 2-star character. Yet Injustice 2 insists that there is “a rare chance of a Gold hero,” so if luck is on your side, you might score yourself something good this way. You just can’t count on that.

Not every fight in Injustice 2 will yield you character shards, but some do. When it comes to gold characters, you’ll need to progress pretty far in the campaign mode to have a shot at some rare shards, but it is possible.

Typically, 3- and 4-star character shards are found only when you unlock the Heroic difficulty for a chapter of the campaign by clearing out all of its boss battles on the standard difficulty. At the time of this post, here are the 3-star characters whose shards can be won and where to find them.

Remember, too, that once you beat a boss battle in any chapter and earn three stars (by keeping every member of your team alive), you can simulate it up to three times per day and gather the rewards without going through the actual fight again. So you might eventually be able to gather gold character shards without even throwing a punch.

Buy Them in the Arena Store 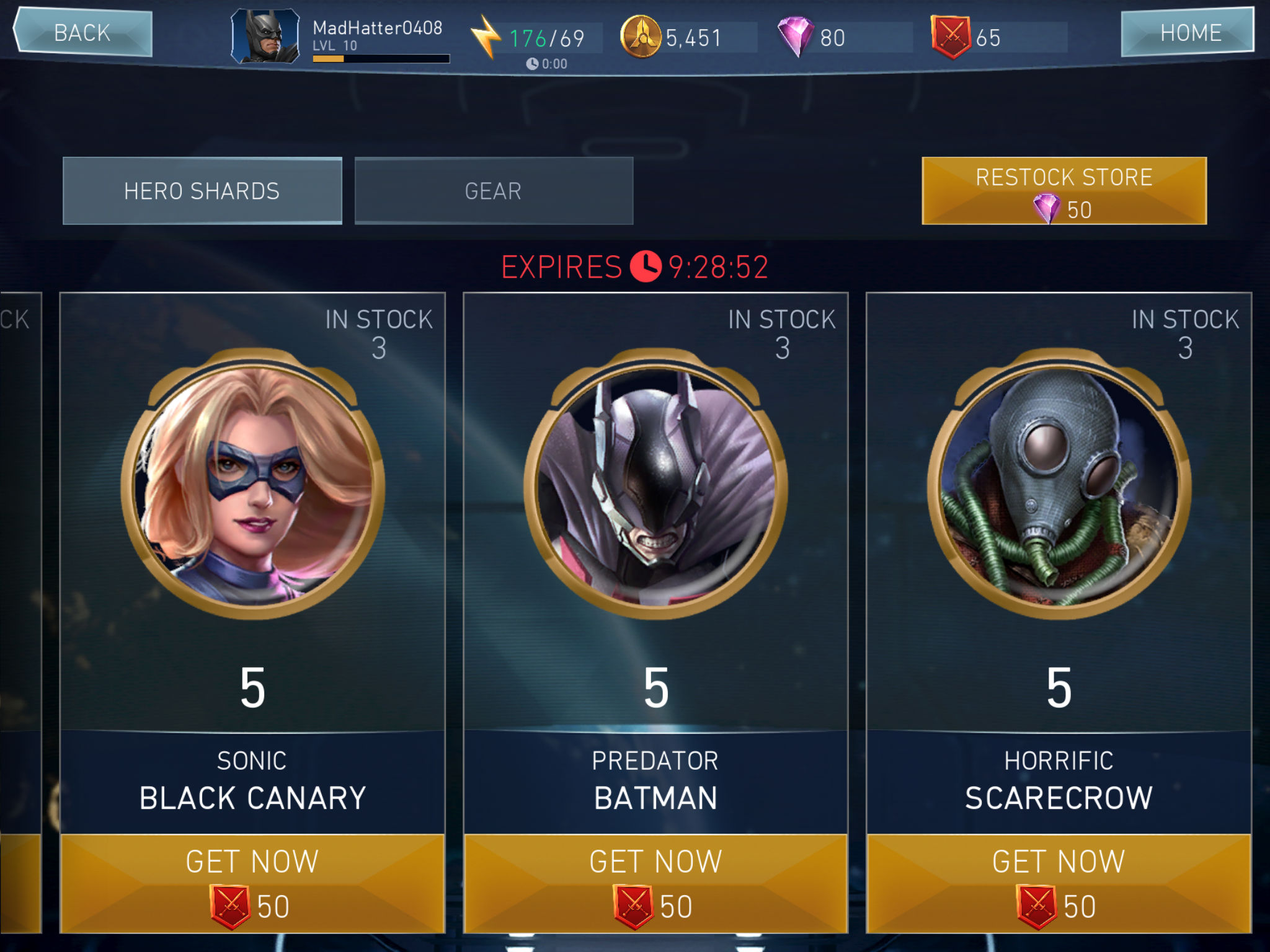 It may not seem worth your while to spend a lot of time in Arena mode, but it’s not a bad way to start working on some 3- and 4-star characters. At the conclusion of each season of Arena play, which lasts a week, you’ll earn a special currency called Arena Medals based on your rank. Those can then be spent in the Arena Store for gold character shards (and sometimes some silver characters as well), though the cost is pretty high: 50 Arena Medals for just five shards, with a limit of three purchases at any one time.

The selection of character shards available changes daily, so be sure to pop back into the store to see who’s for sale on a regular basis. 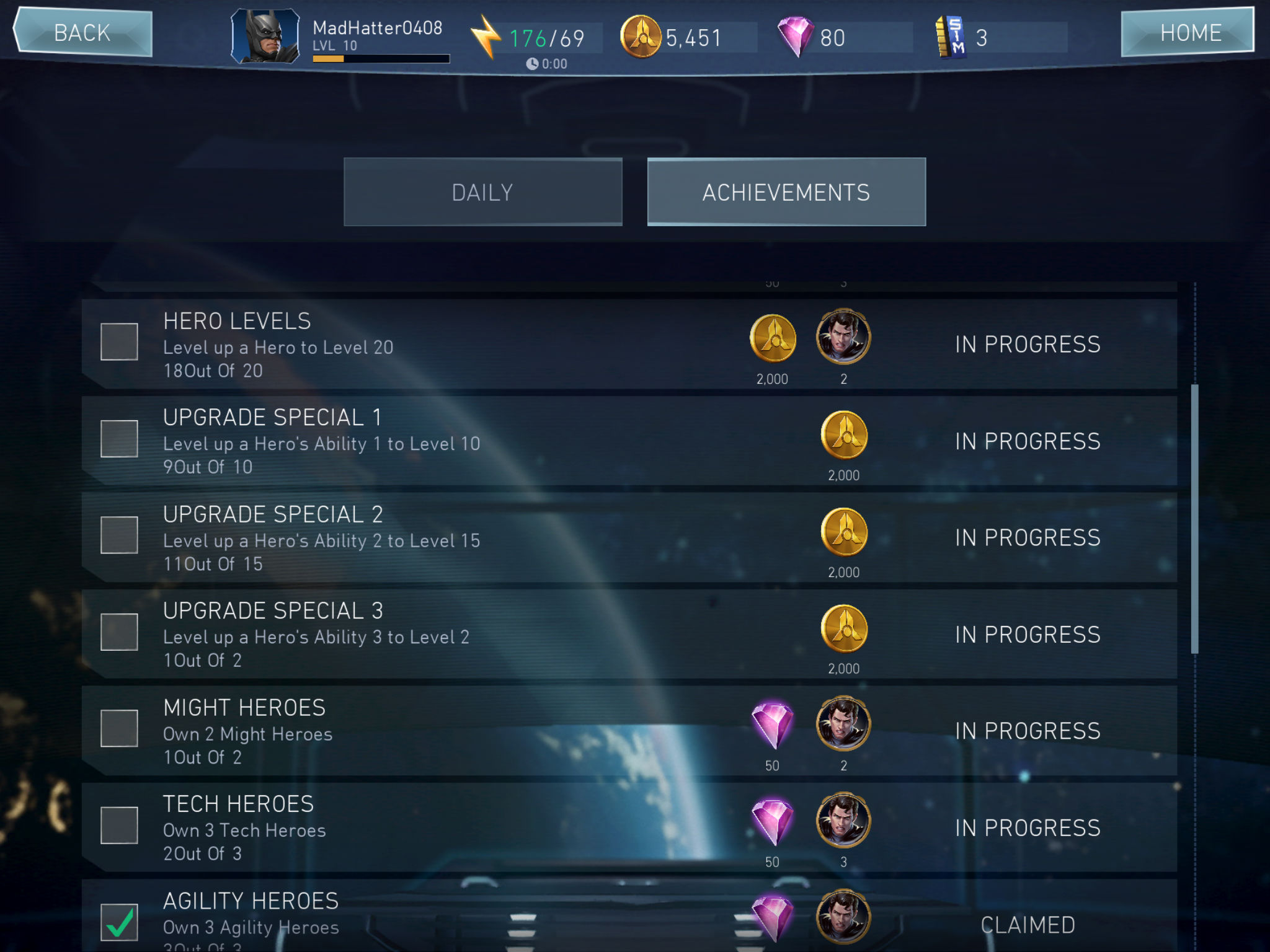 Achievements are a good way to earn gems, but they’re also useful for working toward unlocking some of the most powerful characters in Injustice 2. At launch, the only way to earn a 4-star Armored Superman is to finish off achievements.

Yes, it’s a long slog since you need 360 shards to add Armored Superman to your roster and each achievement tends to only give you two shards. You don’t need to be a math whiz to see how that might take you a while.

Still, having a 4-star Superman on your side is something you really want considering he starts at 2,530 Threat, has four abilities unlocked right away and the option for four talents and just gets mightier from there. He’s worth the effort if you’re playing Injustice 2 regularly, so keep shooting for achievements whenever possible.

Crush Them All Tips, Cheats and Strategies