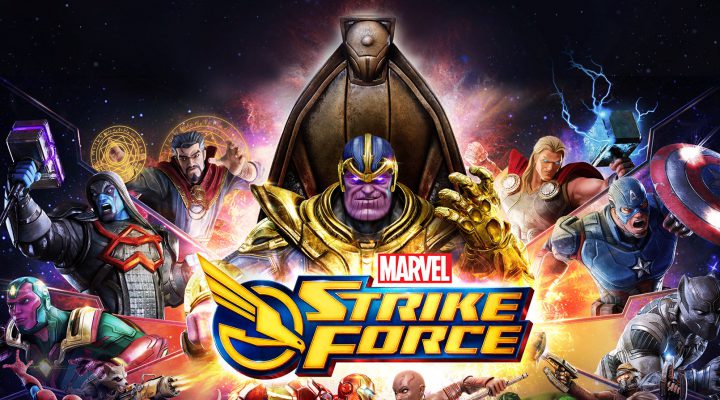 It’s just about time for the Mad Titan to get his time in the spotlight. With the worldwide release of Avengers: Infinity War right around the corner, Thanos is making his presence felt in a number of Marvel mobile games. One of those is Marvel Strike Force, which just added Thanos as both an enemy to be faced (and feared) and a character you can recruit to your own team.

Why would you want to join forces with a purple alien who literally worships Death? Because he kicks butt, that’s why. Even without the Infinity Stones, Thanos is a force to be reckoned with, a powerful Protector with a Taunt that forces enemies to attack him while also debuffing their offense to make it an exercise in futility. His Energy Bomb Ultimate also hits all of his enemies for more than 100 percent damage and cannot miss.

If you’re already salivating at the thought of having Thanos on your side, there’s good news and bad news. The good is that you can unlock him for free. The bad is that it’s going to take some work, but nothing worth it ever comes easy. Just ask Thanos what he had to do to get those Infinity Stones. 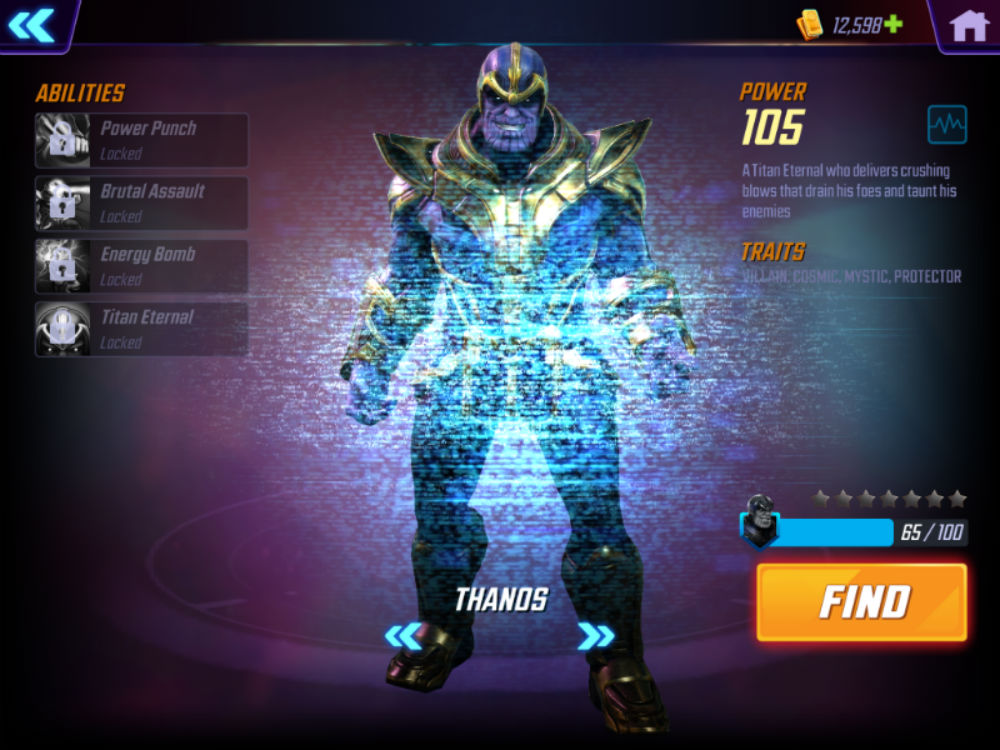 Here’s what you need to do to unlock Thanos in Marvel Strike Force, and you can get going on it right now.

The only way (for now) to get the 100 Thanos shards you need to unlock him is to open special orbs appropriately named Infinity Orbs. Each one gives you somewhere between five and 20 Thanos shards, though you’ll get the former much more often than the latter. 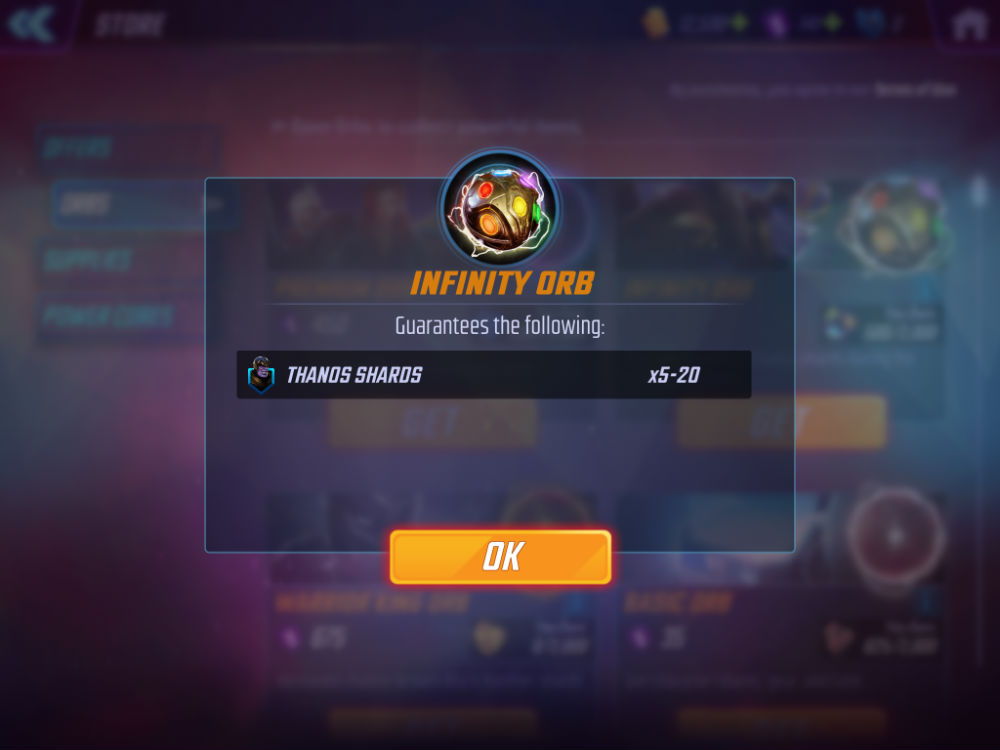 To earn Infinity Orbs, you’ll want to first tackle The Mad Titan event. Open to players level 15 and above, this event is divided into ten chapters (the last one requires you to be level 25 or higher). Passing each one will give you an ever increasing amount of Infinity Orb Fragments, 2000 of which can be redeemed for an Infinity Orb.

Clearing all 10 chapters of the event will get you a total of 16,500 Infinity Orb Fragments, enough for eight Infinity Orbs with 500 Fragments to spare. If you get lucky, this might be enough to get you Thanos, but more than likely, you’ll end up with somewhere between 40 and 75 Thanos shards.

Play Thanos Raids with your Alliance

You are in an Alliance, right? If you haven’t joined one yet, now’s the time, because along with the usual Ultimus Raids, there are Thanos raids as well — three tiers in all, one for level 25 and up, one for 35 and up and one for level 60-plus characters. To start one of these limited time only raids, you’ll need Thanos Keys, which are generated automatically when members of your Alliance spend Campaign Energy. 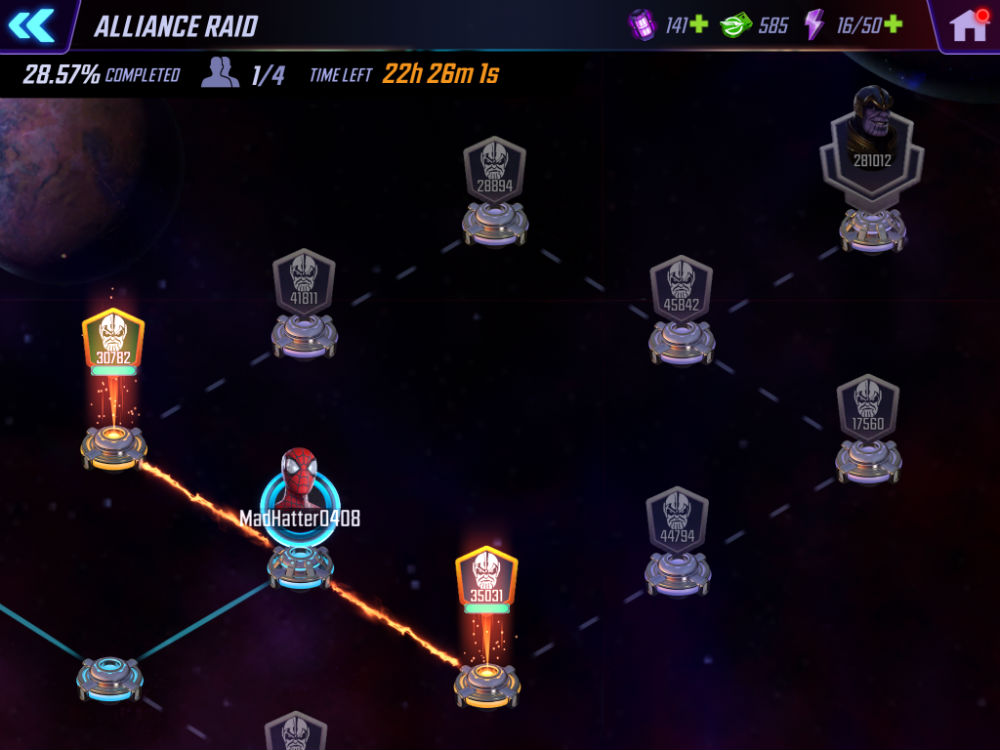 Participants in the Thanos Raids will earn Infinity Orb Fragments, which obviously then can be traded in for Infinity Orbs. This is the only way to unlock Thanos right now, so if you want to grab the Mad Titan, you’ll need to play some raids in order to make up whatever deficit you have after playing all of the event chapters.

The guess here is that eventually, Thanos will somehow be attainable another way, either by means of another event (there is another Avengers movie coming in the summer of 2019, after all) or because the devs will make it so that you can buy Infinity Orbs using Power Cores. For the time being, though, you’ll have to slug it out in the event and raids, and you need to get started as soon as possible, because all of the Thanos-themed content expires on May 14.

Fortnite Week 9 challenges: Where to find the Taco Shops

How to play for free in The Sims Mobile