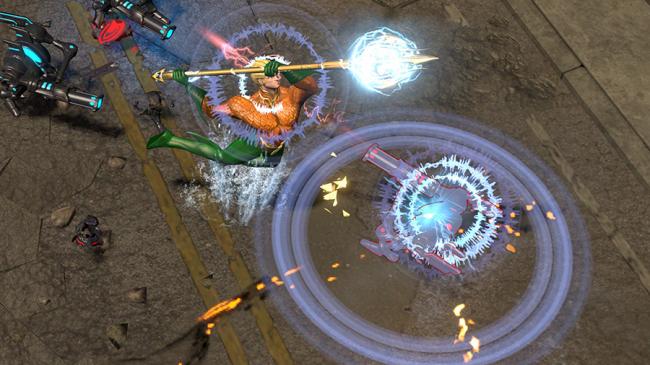 Infinite Crisis is a multiplayer online battle arena game from Turbine. In this game, you play as heroes and villains from the DC Comics universe to attack and defend structures in multiplayer combat.  Gamezebo’s walkthrough will provide you with some tips and hints that will help you understand some of the basic strategies of MOBA-style combat and tactics. 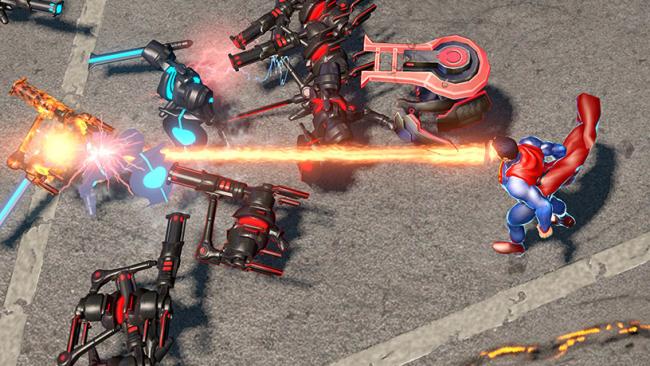 Last Hits — In MOBA-speak, a “last hit” is when you deliver the killing blow to an enemy structure or creep (or “drone” in Infinite Crisis). In the early goings, last hits are all about properly timing a strike so that your own towers and creatures don’t land the killing blow in your stead. This is one of the hardest tricks for new MOBA players to perfect, so don’t get frustrated if you miss from time to time. In the later stages of each game it won’t be a major issue since your attack speed and damage will be much higher.

In games like Dota 2, this is the only way to earn gold from killing minions. In Infinite Crisis, however, you can still earn gold even if you miss your window of opportunity. The creep will simply drop a glowing, golden icon that can be picked up for credits. However, the gold coins will disappear over time, and they don’t provide as many credits is a proper last hit. If you do see a coin, make sure to pick it up before it disappears.

In MOBAs money is oftentimes more important than kills against enemy heroes. 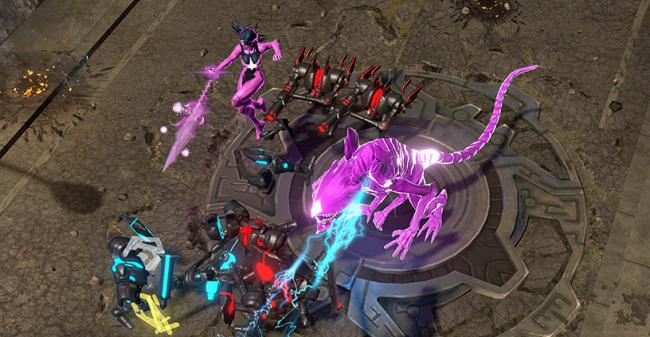 Lanes Defense — In other MOBAs aggro (the order in which non-player units will attack other targets) is very subtle and complex. Not so in Infinite Crisis.

When a wave of enemy creeps approaches your tower, the creeps will always target the structure first. This means that, unlike in other games, you always want to be attacking and pushing your lane forward. That doesn’t mean you shouldn’t focus on getting last hits. It just means that if a wave of creeps is about to approach your tower and you don’t have a wave of creeps to draw the enemy AI’s ire you must put yourself in harm’s way to protect it. 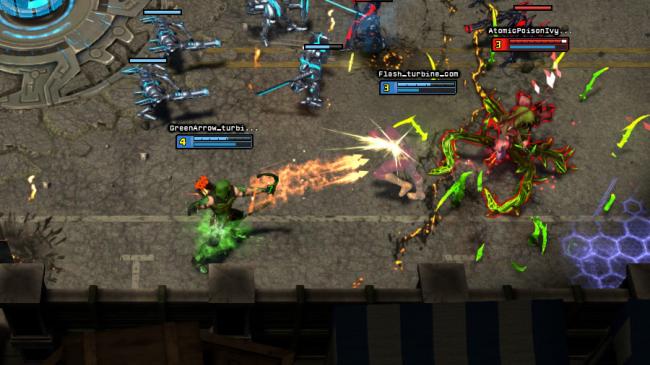 Push and Pull — Don’t let the weakness of your drone-like minions fool you. They are incredibly important and must be managed as such.

In MOBAs like Infinite Crisis, creeps act as your shield against defending towers. Because towers do such high damage you don’t stand a chance going up against one on your own. Instead, let your creeps wade up to the tower and beginning taking damage. Then, after they’re targeted, attack the tower. This is called “pushing.” In Infinite Crisis, the towers will never attack you until all drones have been destroyed if they draw aggro first.

Turn and Fight — Once the early stages of the match are over, you’ll likely start getting into “teamfights.” That’s when most or all each team gets into a combat situation with the other. Before that, however, smaller skirmishes are likely to crop up between two or three heroes at a time.

In these situations you might find yourself outnumbered and outgunned. If that’s the case, your best course of action is to run away to keep the enemy from gaining experience points and gold from you demise. However, don’t misgauge your chance of victory. Heftier characters like Wonder Woman are very difficult to kill, while damage-over-time characters like Shazam have a good chance of melting enemies in single combat.

The point is that if you don’t stand and attack enemies when you think they have you dead to rights — especially when their health is low — they very likely will kill you while you run without so much as loosing health in the process. However, if you turn and fight there’s often a chance that you can win and turn their attack against them. 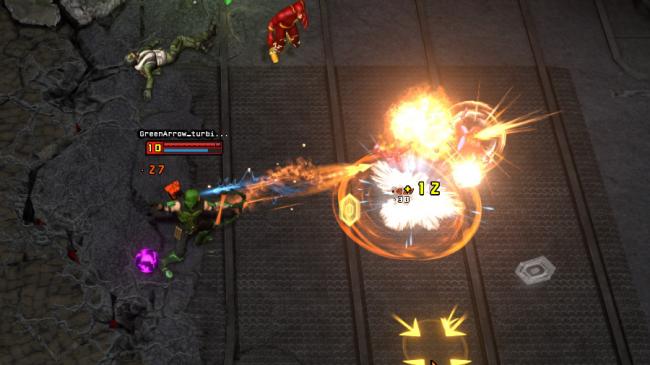 Keep Spending — Currency is often a better indicator of match progression than kills or even levels. Levels will beef up your character’s skills, to be sure, but it’s the items you buy that confer most statistical upgrades. If you’re not using your credits you’re not as powerful as you could be and therefore not earning money and experience as quickly as possible.

You can purchase items back at the home base, but in Infinite Crisis structures like towers also act as shops. Use these to purchase items in the field when you can to save the time it takes to run back to base.

Use your Abilities — Another very common mistake in MOBAs is not using your abilities enough. The cooldown timer on abilities like your ultimate abilities (the fourth skill on any character, which unlocks at level six) is very long. That makes people worry about “wasting” it by not using it at the right time.

You definitely want to make the best use of your skills, but you can only do that if you actually use them. Don’t be skill shy. Use your abilities in teamfights when you think it could turn the tide of battle. The sooner you use it, the sooner the cooldown starts and you can use it again. If you hold onto it the whole time until the absolutely perfect moment you can only use it that one time. If you use it once and let it reset you can fire it off twice in that same amount of time and get greater utility.

You have completed Gamezebo’s quick start guide for Infinite Crisis. Be sure to check back often for game updates, staff and user reviews, user tips, forums comments, and much more here at Gamezebo! 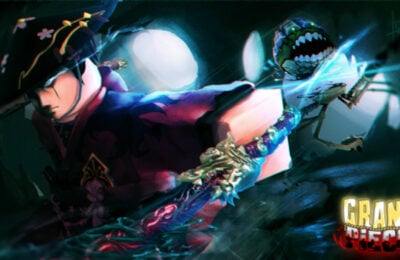