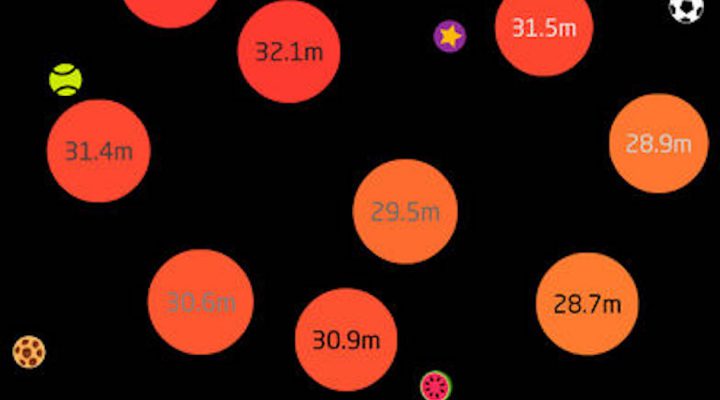 Idle Balls is the simplest idle clicker game out there. Sort of. From Voodoo, it has you bouncing balls at various numbered orbs on a black background. Each time you hit an orb, you earn points with those points going towards unlocking new balls that cause even more damage, earning you more points, and so on. It’s an incredibly simple idea and yet it’s oddly compelling too.

Gamezebo is on hand with some useful tips and tricks on how best to unlock all the new balls possible in our Idle Balls Tips, Cheats and Strategies.

Keeping an Eye on the Ball 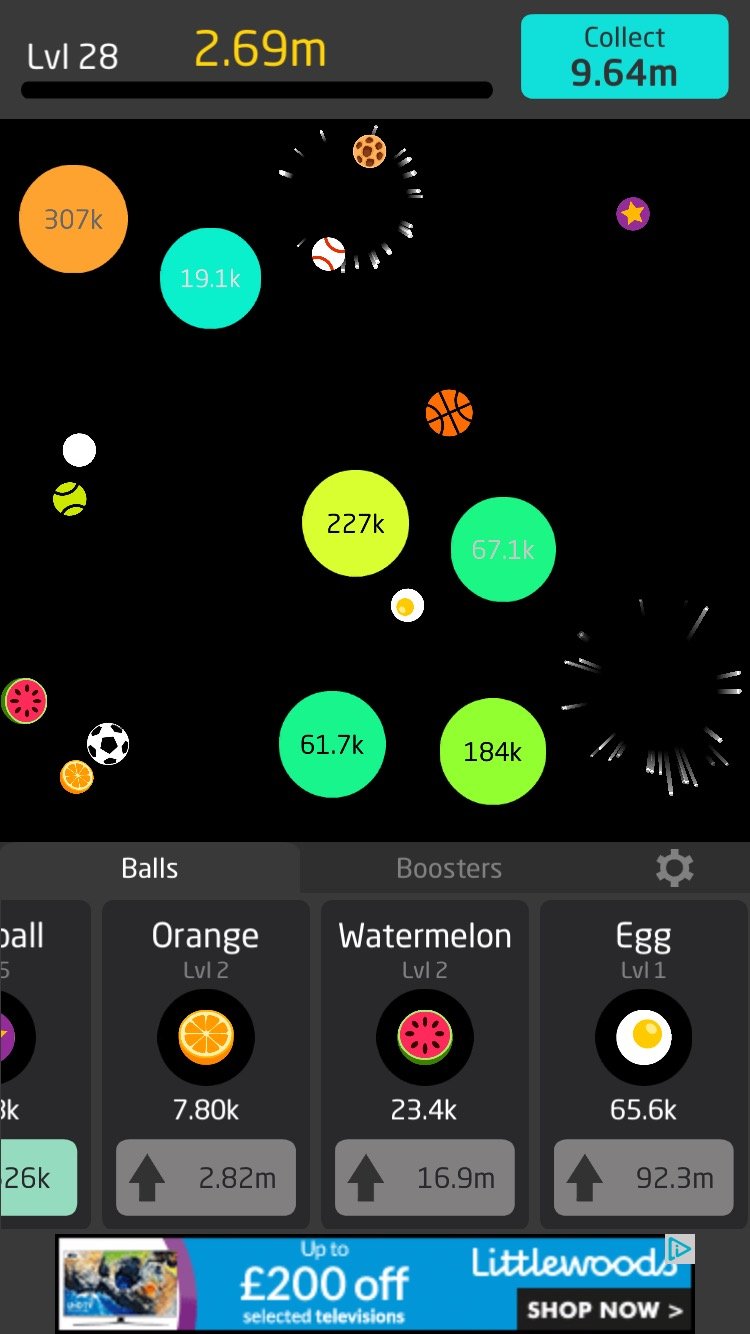 The more balls you have on screen, the quicker you can cause lots of damage to those numbered orbs. Sure, it’s good to upgrade some balls but, ultimately, you want to be unlocking new balls to add to your collection.

At all times, spend your money on new balls rather than upgrades. Each ball has a different circumference which will make you think the bigger ones are better, but sometimes the little ones are just what you need for getting to those tricky corners.

As you progress, you’ll want to upgrade your strongest balls but don’t really bother with spending money on the early additions. They soon end up being a waste of time and money when you’re up against high level numbered orbs. 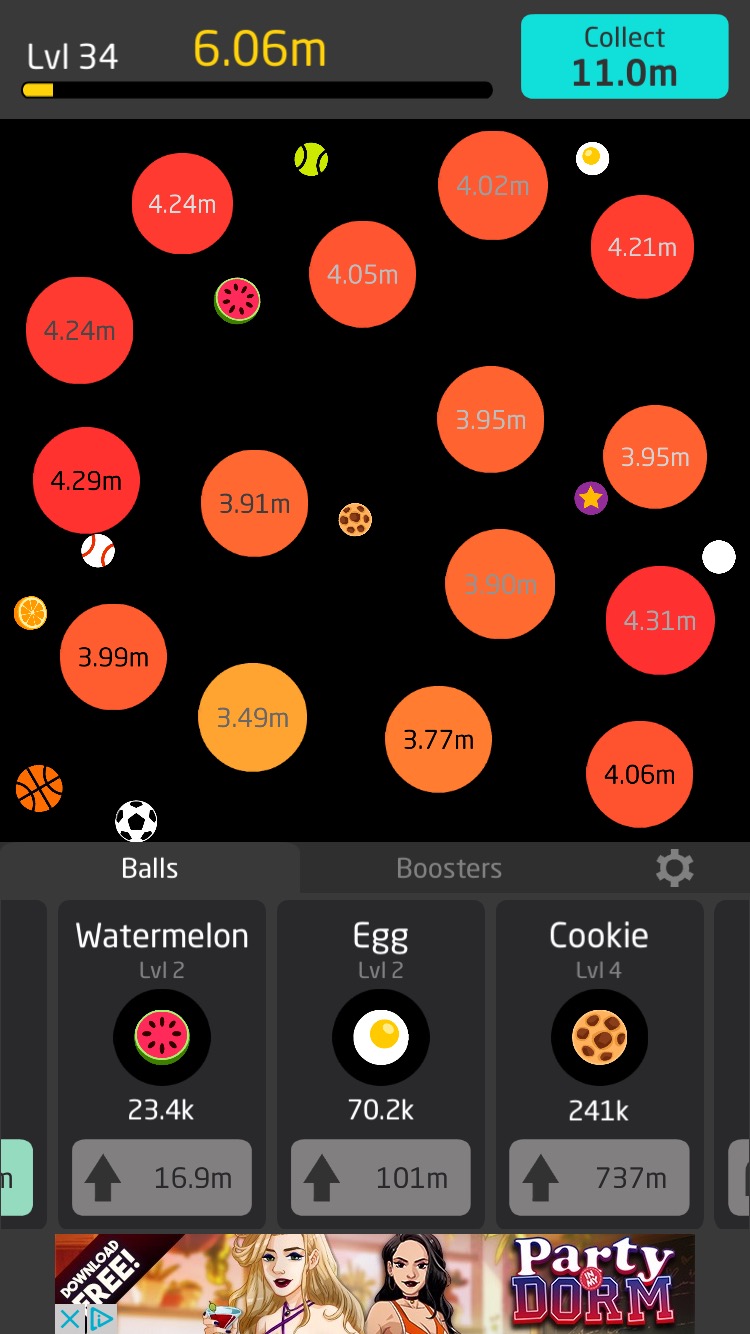 Tapping is an easy to ignore part of the game. Tapping on an orb damages it with you able to upgrade your tapping power quite steadily and cheaply.

Particularly early on, you want your tapping power to be quite high. Even later on though, it’s useful for when you need to tackle a tricky to reach orb.

You can use more than one finger! Mash the screen like crazy, using as many fingers as possible to tackle different orbs all at once. It soon adds up, but watch out for finger strain.

Tapping is particularly useful when you’ve nearly finished a level. It’s great for wiping out the stragglers rather than waiting for the balls to hit their target. 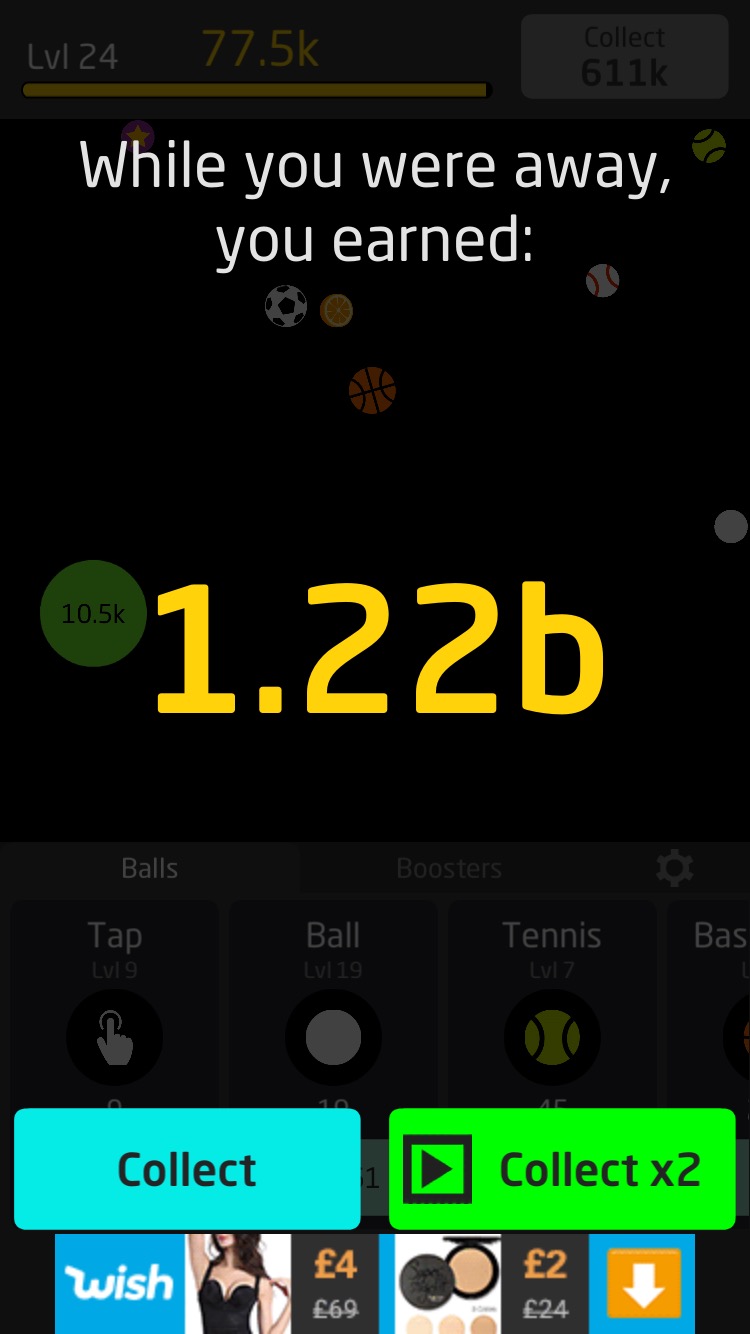 Watching ads is dull but a key way of unlocking cool extras in Idle Balls.

For one thing, it’s the only way to collect your winnings. See the bank total on the top right corner? Tap that to watch a quick ad and earn your money to buy an upgrade or three. Don’t do it too often as you’ll get bored. Wait for when banking will earn you that all important new ball.

Every time you return to the game, you’ll unlock a plethora of offline earnings. That can be doubled by watching an advert. It’s dull, sure, but it makes a huge difference to your income.

Also, watch ads to unlock boosts. One boost has you doubling your revenue for four hours, while another gives your taps 10x value for 20 seconds. There’s a pretty cool one that has you doubling the balls for a minute. If you’ve got the time, watch all the ads. Short on time? Focus on the doubling revenue one.

Offline earnings are great but don’t rely on them. It won’t help you unlock new levels. You’ll always be on the stage you left the game on. Remember to check in often and hang around for a bit, working on unlocking a new stage.