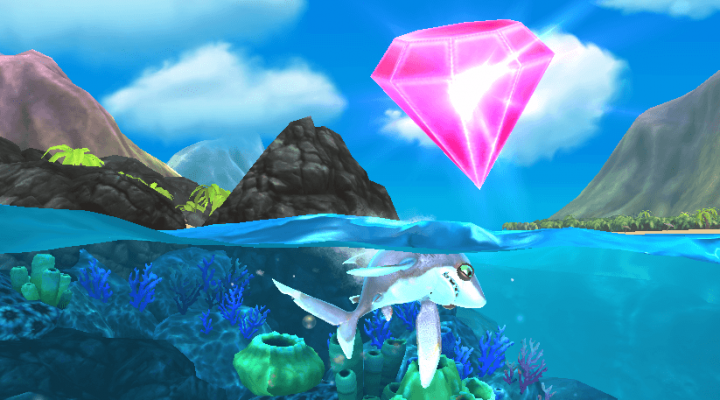 Just like its predecessor Hungry Shark Evolution, Hungry Shark World has one goal: eat as much as you can to grow huge. How, where, what, and when you eat will determine how quickly your little shark pup will grow into an ocean-ruling Great White. If you’re looking to dominate the seas one bite at a time, check out Gamezebo’s Hungry Shark World tips, tricks and strategies. 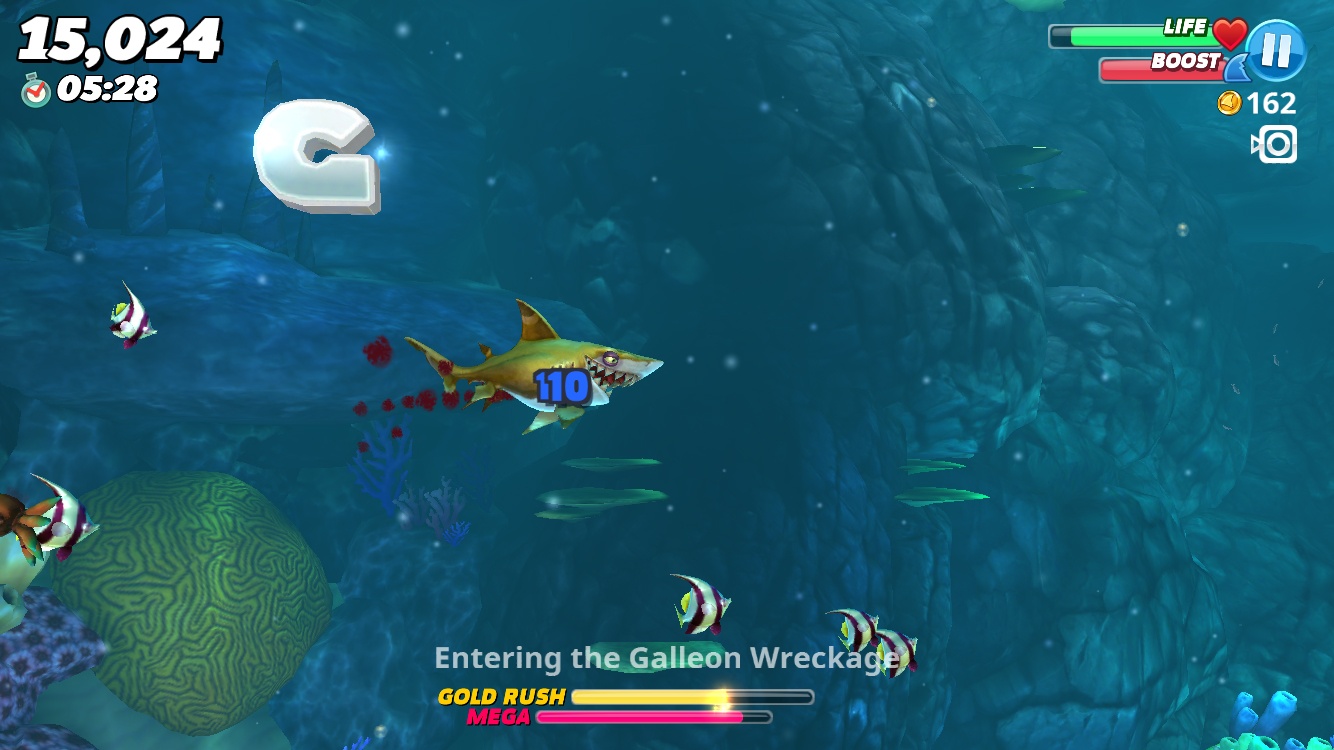 Missions come in sets of three and as you finish each a new one will appear. They include challenges like high scores, distance accrued, survival times and feeding on certain prey. Accomplishing missions will get your more coins, but will also give you direction, rather than wandering aimlessly through the water. As you’re attempting to complete your missions, you’ll efficiently come upon treasure chests and the HUNGRY letters, which will give you gold and points. If you reach a mission that’s impossible, you can use a gem to skip it, but it’s likely worth holding out for a stronger shark to try to accomplish it. 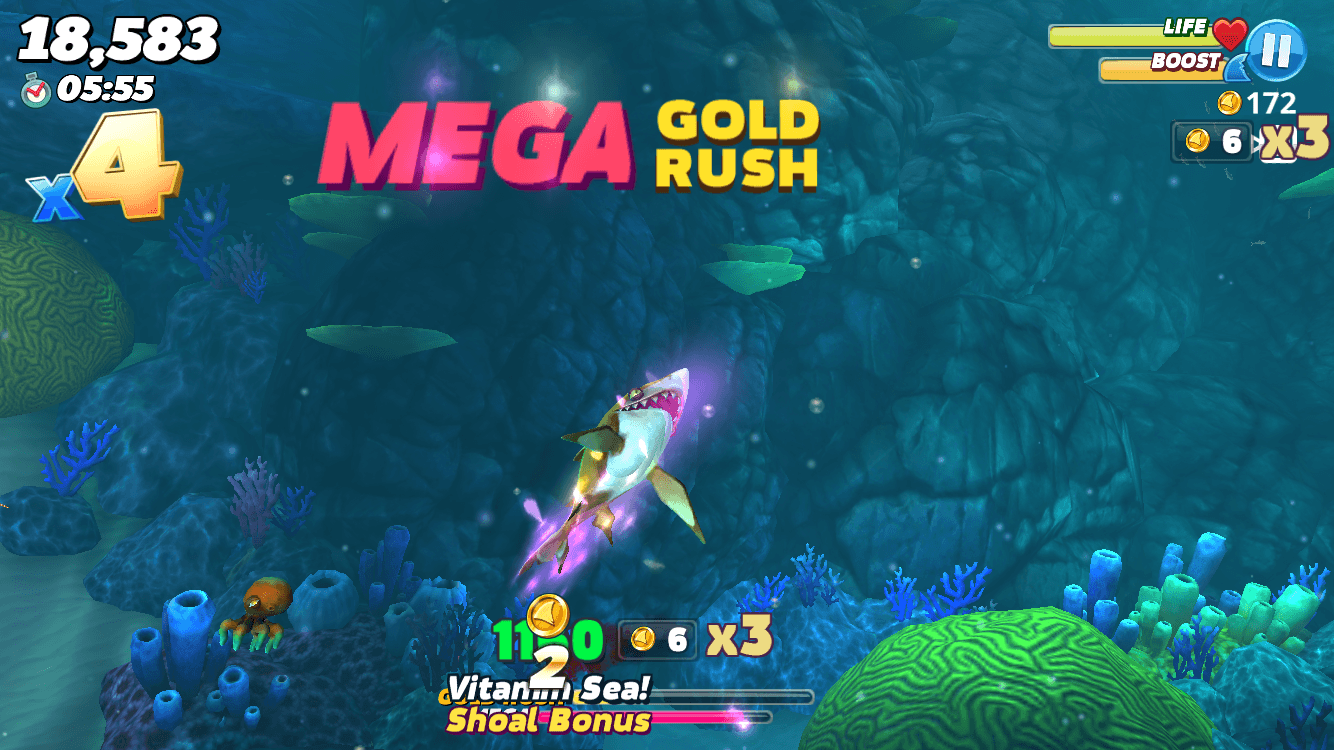 When you encounter a school of fish, take the extra time and effort to eat the entire group. You’ll get a “shoal bonus” for finishing them all off. Pets will also help in this endeavor. Though they can be distracting or get in the way sometimes, pets can catch fish that might otherwise get away. If you eat a lot of fish in succession (which is easiest in the schools of fish), you’ll earn a score multiplier which will grow the more you eat, while also adding to your gold rush points.  Don’t stop ’til you get enough.

Know Your Way Around 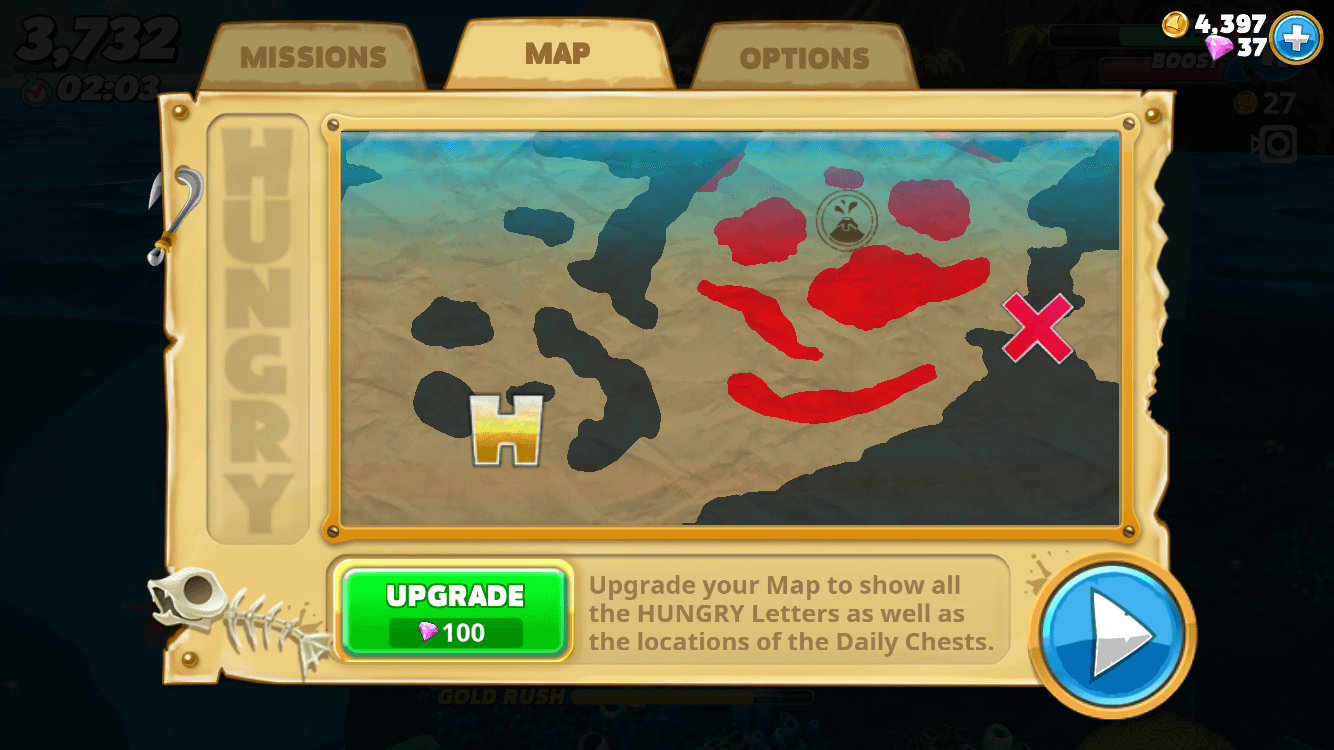 In the store, you can purchase a map for coins which will help you orient yourself and avoid dead ends where you’ll likely starve. This map will also show you one or two HUNGRY letters. The HUNGRY letters are reset and randomly placed at the beginning of each gameplay session but if you upgrade the map with gems you’ll see the locations of all of the HUNGRY letters for that session along with the treasure chests. 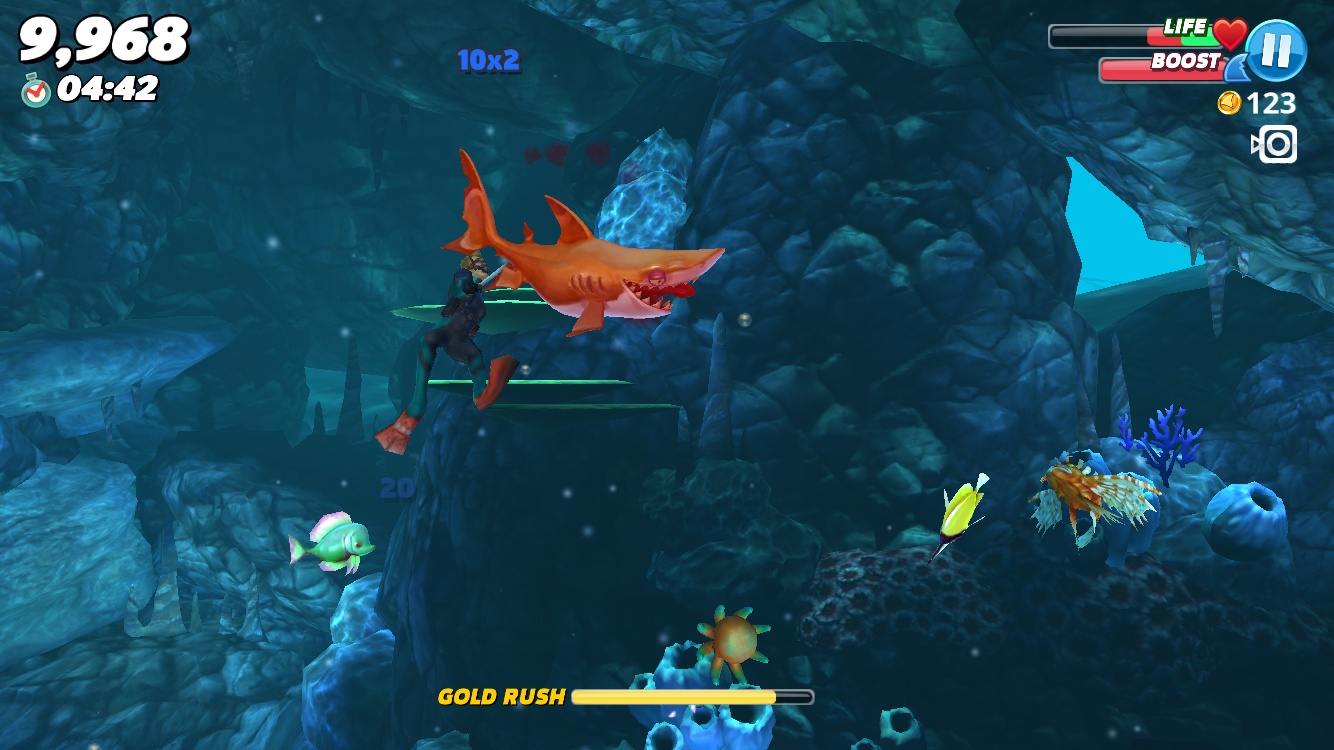 Even if you’re starving, you still have some time to eat something before you die, but if you are hit by an enemy in that state, you’ll die immediately; avoid anything dangerous while you’re regaining your strength from starving. When you do eventually die, you’ll have an option to save your shark by watching a video or spending gems. You must be very quick if you want to do this because the option disappears in just about a second. If you do choose to resurrect your shark after you die, you will come alive right where you died- whether that’s among enemy sharks or floating bombs- so be prepared to swim out of that area as quickly as possible.