By Harry Slater | 7 months ago 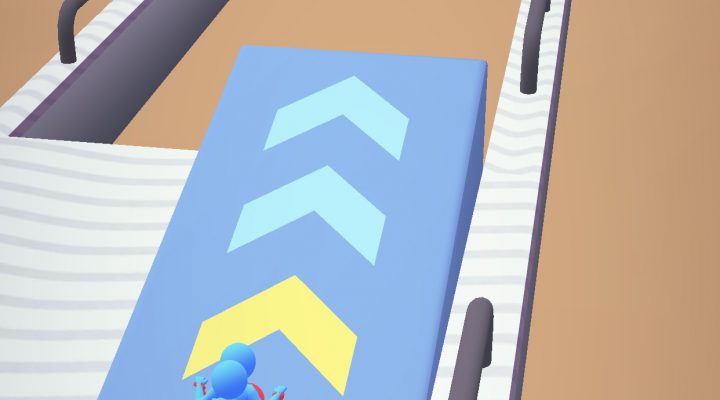 Human Vehicle is a game about building bikes, cars, planes and more out of people. You’ll pick up those people as you roll down the obstacle-filled levels, and snaffle up some gems as well. It’s a simple, if weird idea, but there are things you should know if you want to get to the finish line in the best shape possible.

That’s where this guide comes in. We’ve collated all of the strategies we’ve learned during our time playing Human Vehicle, and now we’re sharing them with you. Follow these suggestions and you’ll be making trucks out of people in no time flat.

Whether you’re just rolling on a single person or you’ve already figured out how to turn a bunch of them into a car, you’re going to find something here to help you out. So here are the best hints, tips and cheats for Human Vehicle.

If you can’t avoid hitting the walls, make sure you’re hitting the one that’s going to do you the least damage. Sometimes you can avoid them completely, but there are times when they block the road. Look for the one with the smallest number on it, and aim to hit that one.

Always try and pick up people instead of gems. You’ll collect gems organically as you play, but the more people you’ve got the better the multiplier you’re going to get at the end of the level. Plus, you’re more likely to be able to keep going if you hit a big wall. Go for people, not gems.

You’ll sometimes be offered the chance to watch a video to play a bonus level. These bonus levels are a great way to grab a whole load of gems, so they’re well worth taking on. They’re not too challenging, and you’ll usually end up with enough to spend on a couple of upgrades.

Whenever you’ve got enough gems to upgrade, you should spend them. Try and focus on upgrading the gem’s worth, since then you’re going to be earning even more every time you play a level.

You could spend your gems on unlocking new vehicles in the store, but quite frankly it’s not worth it. You’re going to earn them as you play, anyway, and they don’t add as much value as upgrading does. If you find yourself with loads of spare gems and you want a vehicle, then go for it, but bear in mind they could be better spent elsewhere.