Home / Walkthroughs, Tips, Cheats / How to unlock the Wasp in Marvel Strike Force 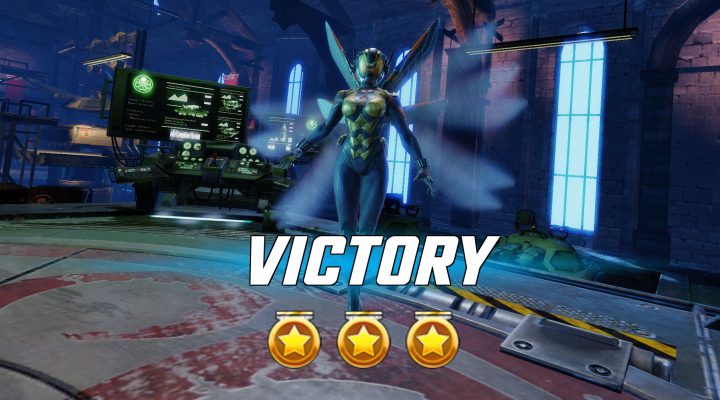 The smallest Avenger can be a big help to your Marvel Strike Force roster. Well, technically the Wasp is tied with Ant-Man, who just joined the game a week prior, in that regard. If you’ve seen Ant-Man and the Wasp in theaters, though, you know these size-changing heroes shouldn’t be judged by their stature, and that Hope van Dyne is a little quicker on the uptake than Scott Lang. Sorry, Scott, but it’s true.

In any case, the Wasp can be added to your roster now, and she’s got some nifty abilities to bring to bear on your opponents. A Blaster, which makes sense thanks to her, uh, blasters, Wasp has more survivability than some other members of her class thanks to her final, passive ability (Shrink), which increases her chance to dodge enemy attacks by changing size. As one does.

Van Dyne’s basic attack has a chance to chain to a second target, but her most notable ability is Flight of the Wasp, which damages all enemies, even those who are Stealthed and can’t be Countered. Her Blasters attack is linked to Shrink, as it can be Charged with a successful dodge to Stun on top of potentially dealing a bonus attack to a single target.

Sounds great, right? Now all you need to know is how to acquire the Wasp, which we can help you with right here.

Like Ant-Man before her, Wasp has her own event chain called Sting of the Wasp, which is live now and runs through July 26. It consists of nine different levels, each of which has narrative bits that are pretty cool and you might not want to skip — though you certainly can, if you want to do that. 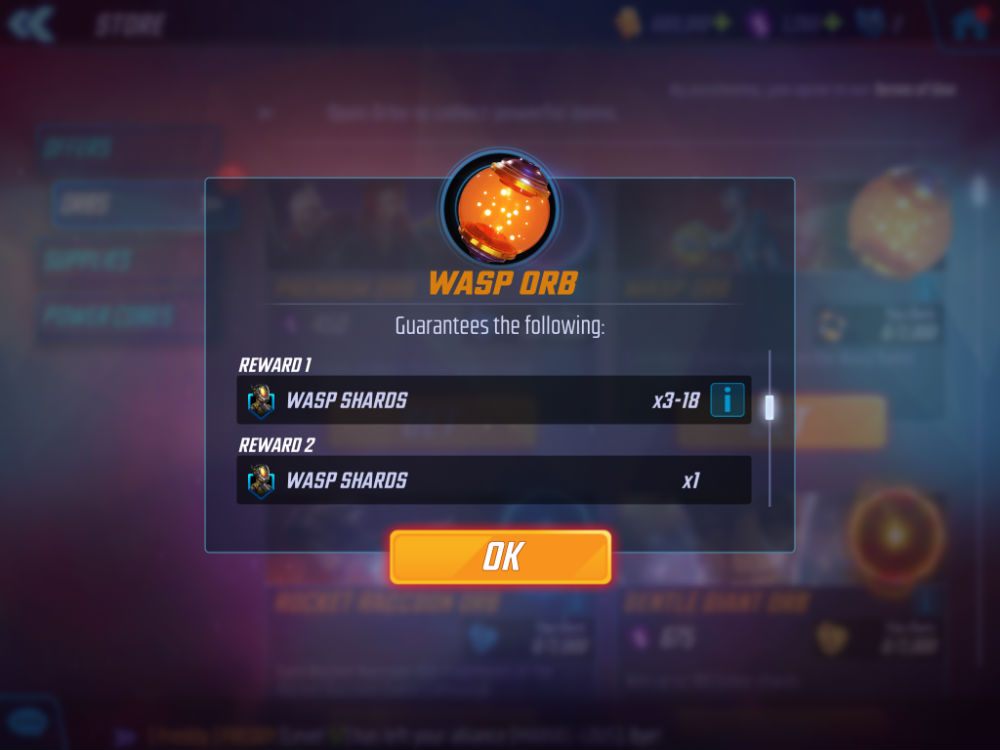 For successfully clearing each level, you have a chance to earn Wasp Orb Fragments. Gather 2,000 of them and you can redeem them in the store for a (wait for it … ) Wasp Orb, which guarantees you somewhere between five and 20 Wasp shards. If you want to dig into the specifics, each Wasp Orb will either produce five, 10, 15 or 20 Wasp shards, though the chances for the higher amounts are obviously increasingly less likely.

The bad news is that unlike Ant-Man, the Wasp requires 100 shards just to unlock. The good news is that her event is running longer and she’s more powerful than Scott when you initially recruit her. 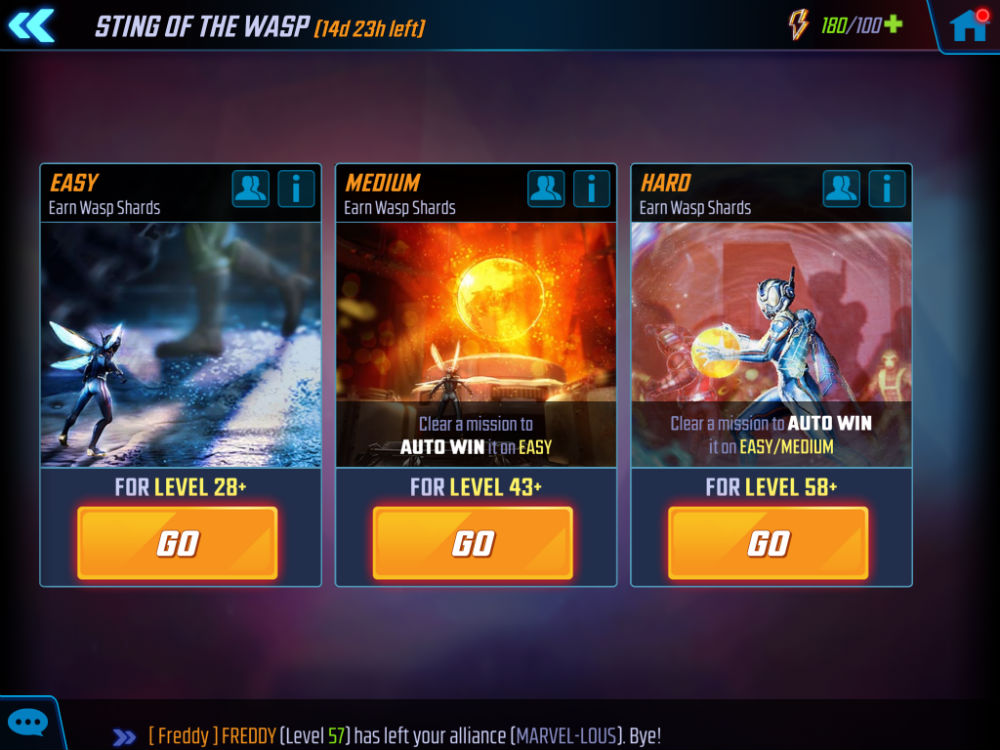 Now here’s the (somewhat) tricky part: Sting of the Wasp has three difficulties, Easy, Medium (for levels 42 and up) and Hard (earning its name as it’s for levels 58 and up). All nine levels within each difficulty are the same, story-wise, but they present tougher challenges as you move up in difficulty. What’s also nice is that if you clear a specific stage with three stars at Medium, it unlocks the corresponding stage in Easy for Auto Win, and the same goes if you clear a level in Hard for both the lower difficulties. For example, clearing Wasp 1-1 on Hard with three stars means you can Auto Win both the Easy and Medium versions of the same stage without having to battle through them even once.

That’s super helpful because as displayed on the event map, each stage at each difficulty setting only has a finite number of Wasp Orb Fragments it will yield. However, that number is specific to each difficulty setting, so if you clear out, say, Wasp 1-1 at all three settings, you’ll end up with the maximum amount of loot. Wash, rinse and repeat for all nine stages and you should be able to unlock Hope before the event ends.

What if you don’t? Well, Wasp should follow the same release pattern that FoxNext Games has established for Marvel Strike Force, meaning you’ll eventually be able to earn her shards in a variety of ways that will increase as time goes on. It’s just going to take a while, so working to unlock Wasp now will pay off. Good luck!

Pokemon GO trading guide: Everything you need to know to trade