How to Unlock More Champions in Middle-earth: Shadow of War 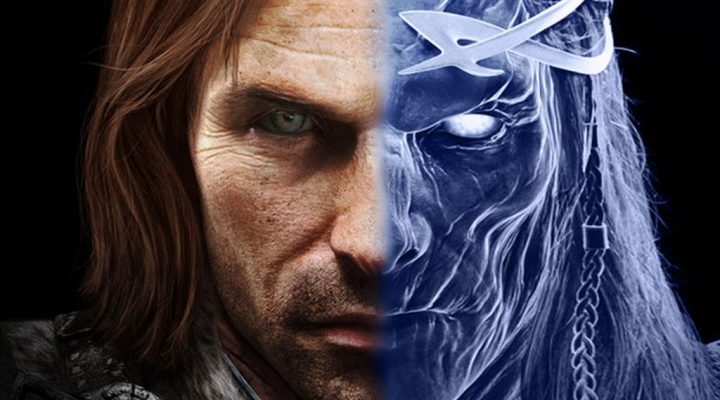 Even with the spirit of an elf lord riding shotgun, the threat of a returned Sauron is too much for one ranger alone. Talion needs help, and fortunately, the Middle-earth: Shadow of War mobile game gives him plenty of it in the form of Champions that join the fight for various reasons.

Alas, the Champions are only helpful to you once you add them to your team. We’ve put in some time to help you figure out how to do just that.

Glyphs and Where to Find Them 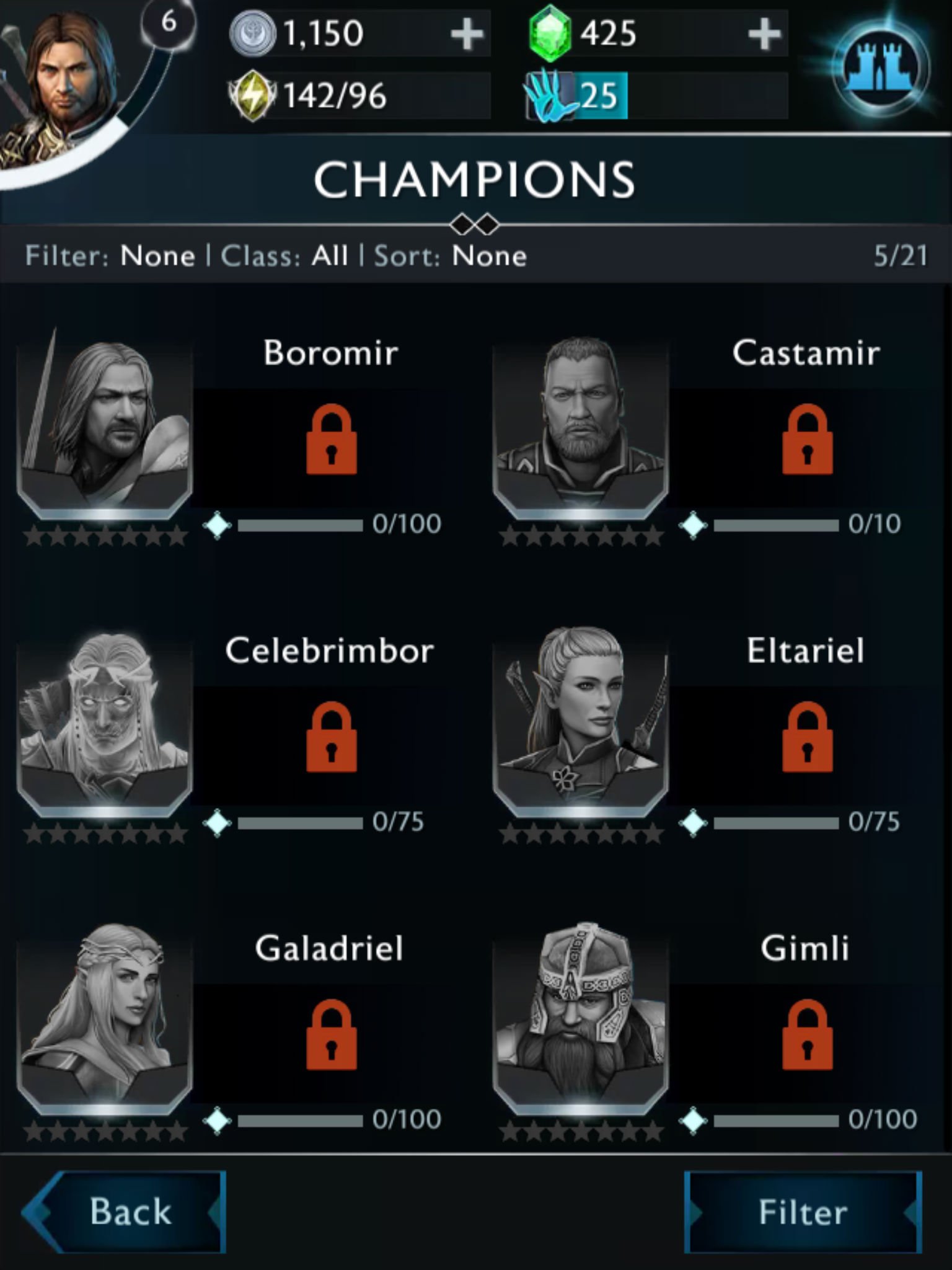 At its core, Middle-earth: Shadow of War uses a system very similar to those found in many other tactical and action RPGs on mobile to unlock new characters, as you need to acquire a specific number of specific items. Often these are called shards, but in keeping with the Tolkien setting, Shadow of War calls them Glyphs.

Each Champion has a specific number of Glyphs needed to unlock them, with characters that start at a higher rank (indicated by their number of stars) requiring more Glyphs to unlock. Glyphs can be found as prizes in certain levels of the game, as well as with the Palantir, which we’ll discuss in just a sec.

Oh, and hoarding more Glyphs even after acquiring a Champion is a good thing, since you need them to evolve that character to the next rank. 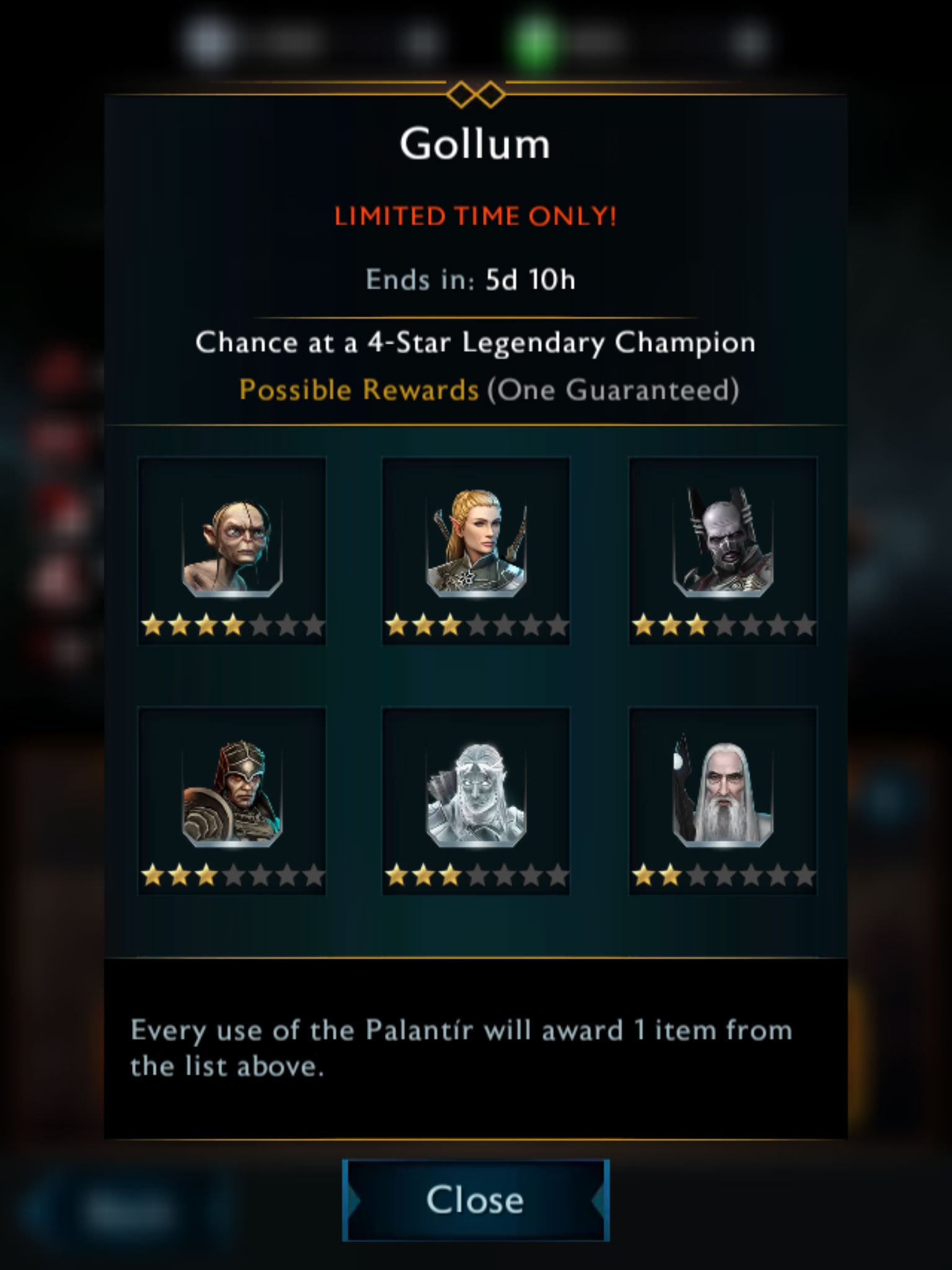 We admit to not being up enough on our Middle-earth as we should be and having to look up what the Palantir is. Fortunately, we have a magical tome called Wikipedia to illuminate us on these magical artifacts.

In Shadow of War mobile you can find the Palantir by tapping the ‘Market’ icon on the game’s bottom nav bar, then tapping the ‘Palantir’ structure right in the middle of your fortress. Here you’ll find several different options to help you unlock Champions:

Also, be sure to check for limited time Palantirs that can yield Champions, like the Gollum Palantir that was offered at launch. These can be worth the gemstones for their increased chances at high-ranking Champions. 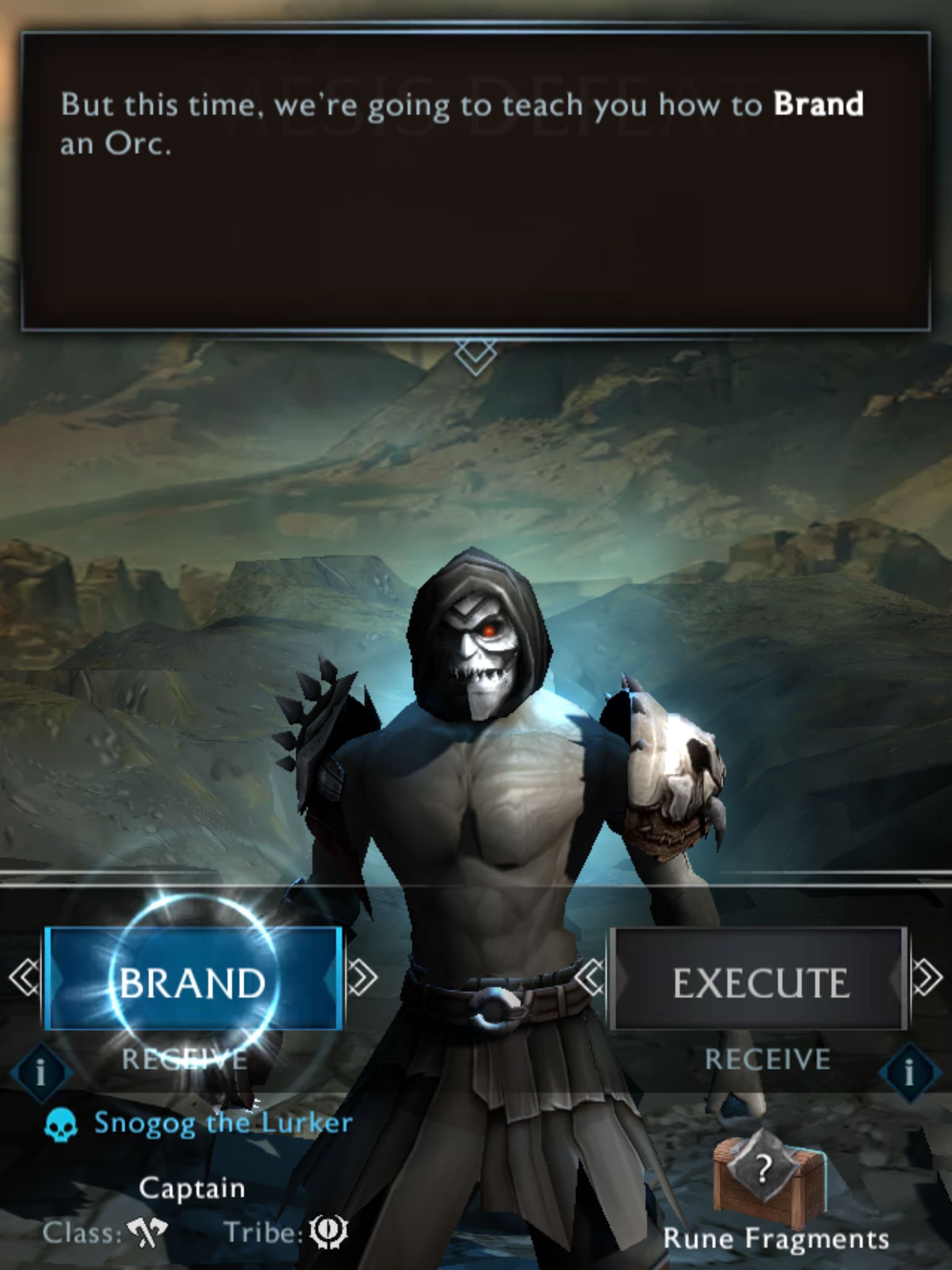 Orcs aren’t part of your main fighting force in Shadow of War, but they’re helpful nonetheless since they can be summoned to bail your party out of tight spots. However, orcs aren’t unlocked or acquired in the same way as Champions.

Instead, you’ll encounter a particularly tough boss orc at the end of each multi-stage level of the game called a Nemesis. Upon defeat, you’ll have the option of executing the Nemesis to earn items to power up your Champions, or branding the orc to add it to your army. The choice is up to you.