How to unlock Cable in Marvel Strike Force 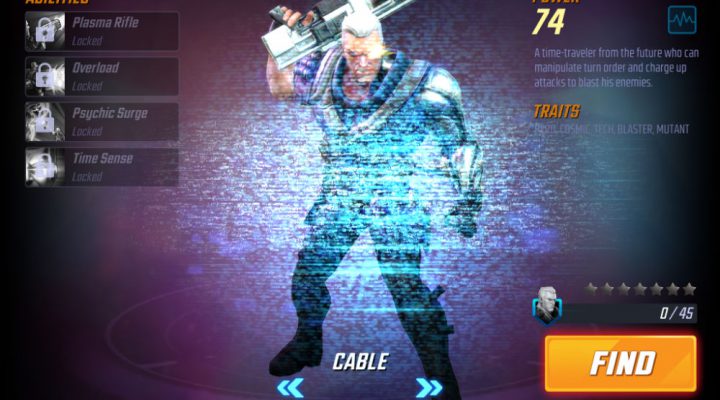 Wherever Deadpool goes, Cable is likely to be pretty close behind. The X-Man from the future has a love/hate relationship with the Merc with a Mouth, one that you can put into effect right now in Marvel Strike Force, either joining them both together on your team or simply having Cable on your side to fight back against other players’ teams that use Deadpool.

We’ve already told you how to unlock Deadpool, but now it’s time for Cable to get his due. He’s a tad bit easier to acquire since he only takes 45 shards, but getting those shards is a little bit more work since unlike Deadpool, he doesn’t have his own event going right now.

Here’s what you need to do …

Running through 8:00 p.m. on Sunday, May 27, the Time Traveler Blitz mode allows you to win up to 15 Cable shards if you hit all 14 milestones before time expires. Doing so will also earn you a ton of Blitz Orb Fragments, Blitz Credits and Gold, so it’s rewarding in more ways than one. 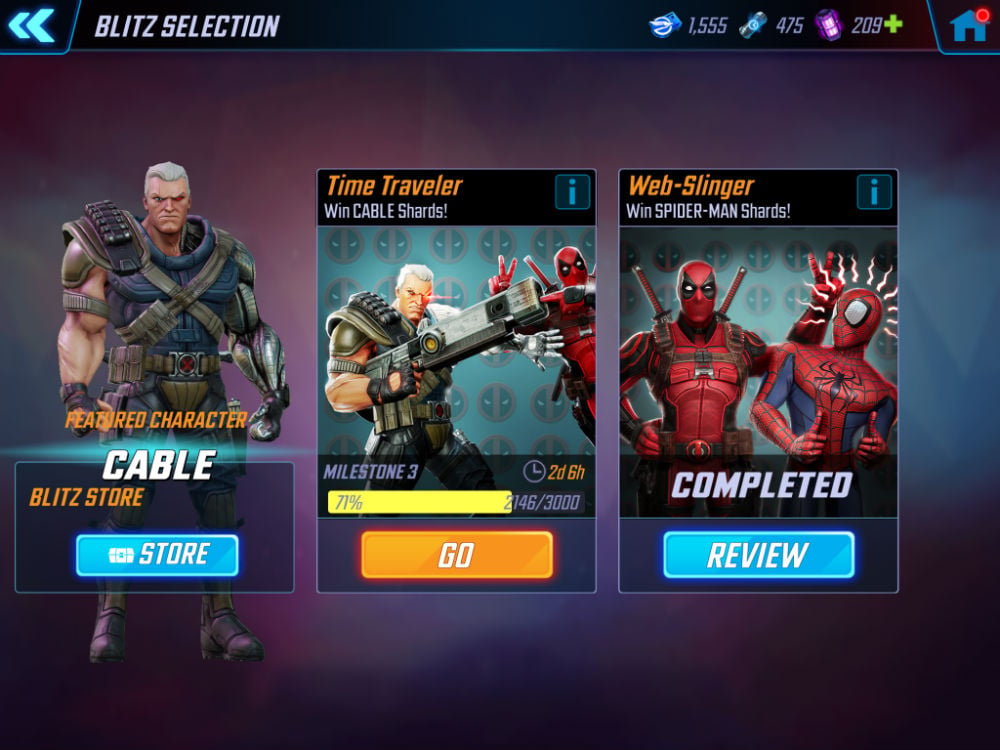 On top of that, if you’re going all-in on Time Traveler, chances are you’ll be eligible for some pretty sweet rank rewards, which unlock at just 6,000 points. The top-ranked player in this Blitz will receive 310 Cable shards, but even though that’s wildly unattainable for most of us, even finishing in the top 25 percent will get you 30 shards — and when added to the 15 from the milestone payouts, that’s enough to get Cable on your team by the end of the weekend.

Don’t have the time and energy to play Blitz during the holiday weekend but still fancy getting Cable on your roster? There’s another way, though it’s even longer and potentially more expensive, unless you have a bunch of Power Cores burning a proverbial hole in your pocket. The aptly named Time Traveler Orb is available now in the in-game store for 675 Power Cores. Like other character-specific Orbs, each one guarantees you 2-4 Cable shards, which doesn’t seem like all that many given the cost, though you do receive other character shards as well. 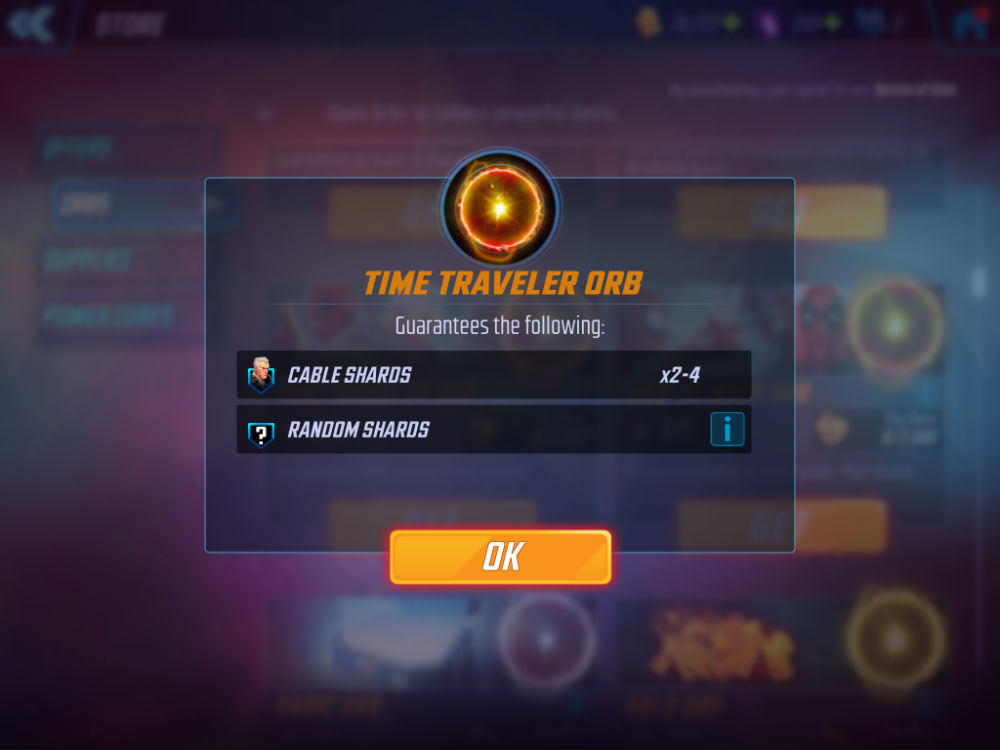 In fact, Cable is also part of the rare shard drop in the same Orb, so hypothetically, if the odds are with you, it’s possible to get 54 Cable shards from just one of these babies. We wouldn’t hold our breath for that happening, but there’s at least a tiny chance of that.

We should also note that earlier this week, FoxNext Games released a note that details the exact steps a character goes through when it is added to the game, and all the ways in order that you will be able to find their shards as time goes on. This doesn’t apply to Deadpool since he had his own event, but it does apply to Cable:

That means that once this weekend is over, the place to find Cable shards for the time being will be in the Ultimus Orb. That’s super helpful information just in case you aren’t quite able to finish getting Cable right away, or if you want to know how to rank him up after he’s on your roster.

Good luck with Cable, especially since he can be a bit surly. And be sure to read our other Marvel Strike Force guides, including an overview of raids and how to get free Power Cores.