Home / Walkthroughs, Tips, Cheats / How to Get Warhammer 40k Tanks in World of Tanks Blitz

How to Get Warhammer 40k Tanks in World of Tanks Blitz 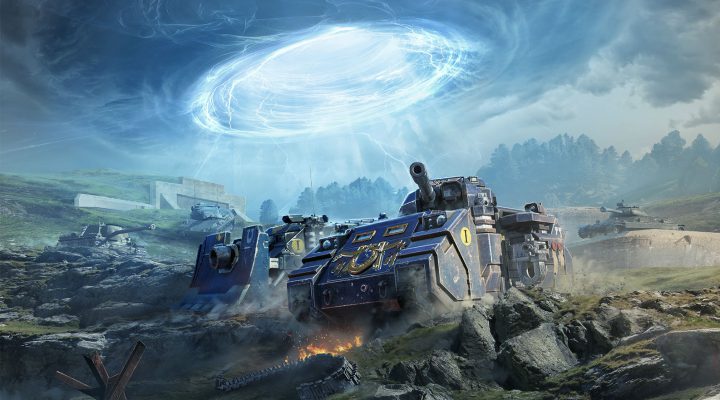 Wargaming is known for packing its games full of real world vehicles, with a a knack for making them as true to life as possible while still fitting into the gameplay. That said, the company does spice things up with fictional war machines every now and then, and World of Tanks Blitz is now offering players a chance to grab some of the coolest made up tanks around.

We’re talking about vehicles from the eternally popular Warhammer 40,000 universe, which have arrived in World of Tanks Blitz in the Macragge’s Thunder” event. Running now through November 18, the event features two vehicles well-known to fans of Games Workshop’s famous sci-fi franchise, the Vindicator and the Predator.

Alas, the futuristic tanks don’t get to just blow away all the real world tanks by virtue of their advanced tech, but that doesn’t mean they’re not plenty powerful. The Vindicator is a Tier VII Premium tank destroyer, while the Predator enters play as a Tier VII Premium heavy tank that sports serious front and turret armor.

So how can you add the Vindicator and Predator to your World of Tanks Blitz garage? Here’s the lowdown straight from Wargaming:

To put the Vindicator and the Predator in their Garages and win a wealth of credits, tankers need to earn Ultramarines, Imperial Fists and Dark Angels Emblems in battles, and use these special currencies to complete three stages of “Macragge’s Thunder.” Going through the three additional stages will provide the most stalwart tankers with lots of assorted boosters, a load of spare parts and the camo of the Imperial Fists and Dark Angels for both Space Marine vehicles. During the event, Big and Huge Bonus Containers will offer a small chance to get the Ultramarines’ Vindicator or Predator outright.

So to review, you’ll be able to possibly grab an Ultramarines Warhammer 40K tank and skins for two other Space Marine chapters, the Imperial Fists and Dark Angels. You’ve got a month to make it happen, so get to it and don’t let the Emperor down.

How to Get Free Hearthstone Cards This Halloween