Home / Walkthroughs, Tips, Cheats / How to Get Rare Cards in Plants vs. Zombies Heroes 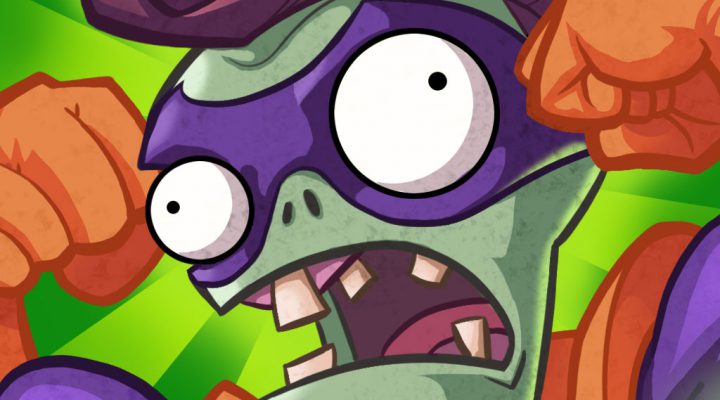 Plants vs. Zombies Heroes starts you off with everything you need to take part in EA and PopCap’s new card battler. You get a couple of plant heroes and perfectly playable decks, and simply playing a certain number of matches will get you the same for the zombie side before too long.

It’s also pretty easy to get Common cards to give yourself more options, as every battle you take part in earns you at least a few coins, win or lose. Trade 100 coins in for a pack of cards in the in-game store and voila, you’ve got yourself three more Commons.

Eventually, though, you’re going to be longing for something more. You know: the good stuff, those Rare or better cards that can really make your decks competitive when you tackle Ranked play. You won’t find them in the coin packs no matter how many you buy.

Is all hope lost? Of course not. In fact, you’ve got two options for finding the best cards in Plants vs. Zombies Heroes.

Want to know what cards you can get? Check our our complete list of Plant cards and Zombie cards.

Save Your Gems for Premium Packs 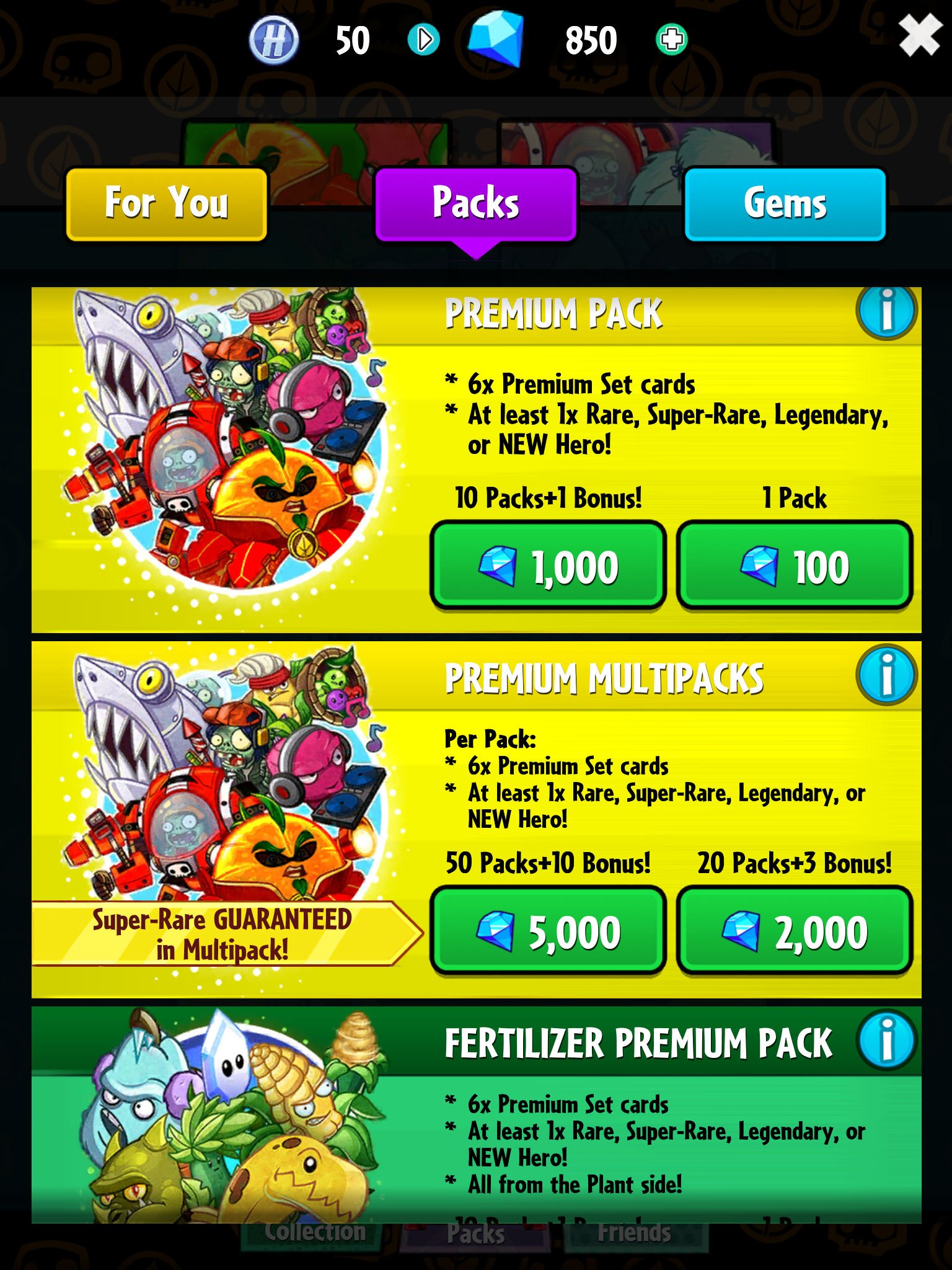 Just in case you wondered why you were collecting all those Gems, this is the reason. They’re the game’s premium currency, meaning the kind you can buy for real money if you so choose. However, you also earn Gems for completing Quests (daily and Hero Quests) and for battling your way to a higher tier in Ranked play.

In the store, you can find Premium Packs you can only buy with Gems under the ‘Packs’ tab. Each Premium Pack gives you six cards, all of which are Uncommon or better. Most of them will indeed be Uncommon, but you’re guaranteed that one will be Rare, Super-Rare or Legendary — or a hero you don’t already have, which counts as a Legendary for rarity purposes.

For even more Rare cards, it helps to save your Gems and buy them in bundles:

Not only do the multipacks give you more bang for the buck, the 5000-Gem budle also guarantees you’ll get at least one Super-Rare or better card (and usually more, from personal experience).

You can also focus on just the plant or zombie side by buying the Fertilizer Premium Pack or Brainz Premium Pack. They’re more expensive at 150 Gems each or 1500 Gems for 11 packs, but they contain only cards from that faction and thus might be helpful if you are concentrating on one over the other.

Finally, it pays to check the ‘For You’ tab in the store often, as it updates frequently with either special limited time event cards or Premium Packs tailored toward a hero you already own. You pay an even higher cost for these packs, but it still might be worth it to ensure the Rare or better cards you receive are ones you will actually use. 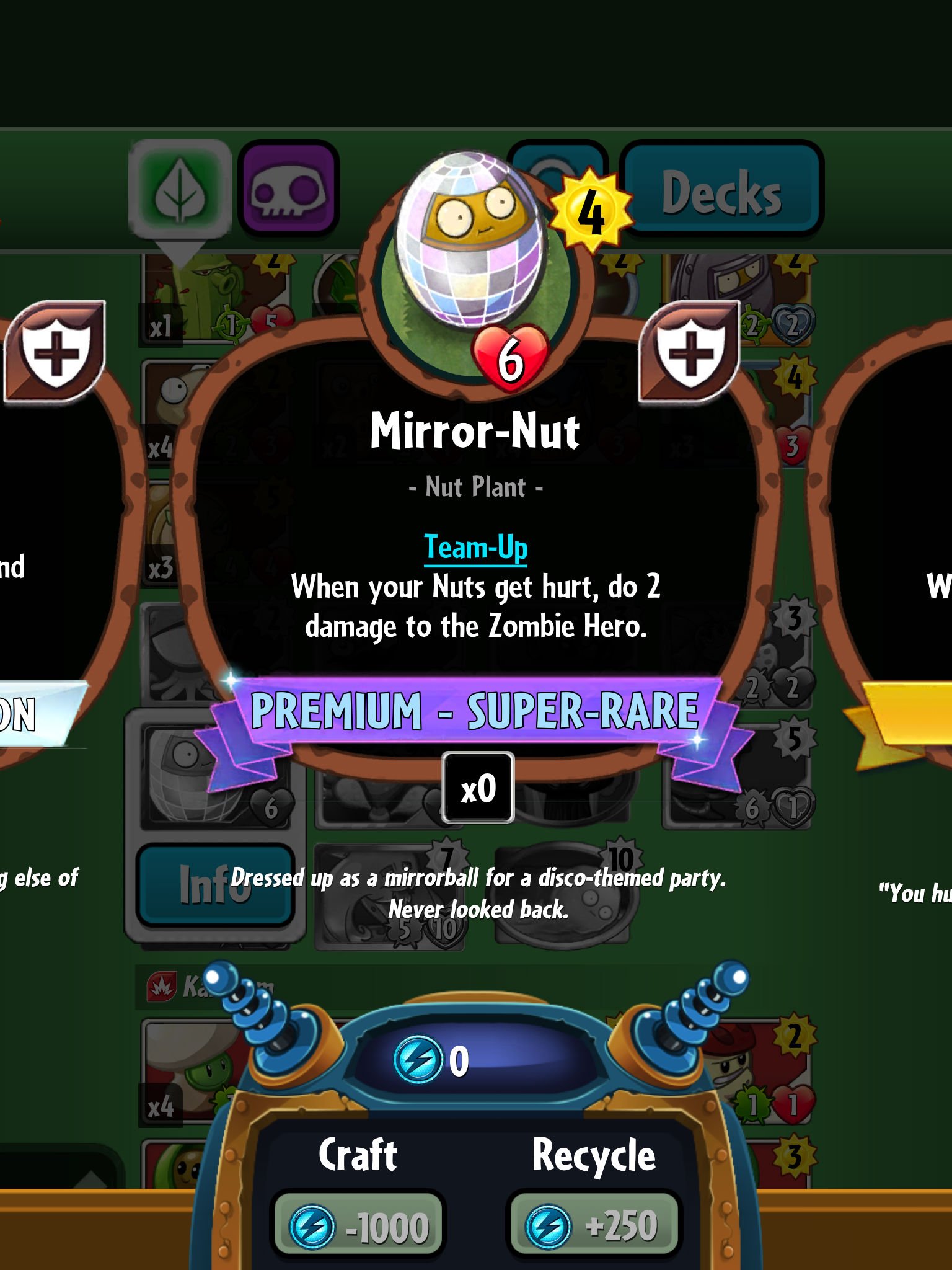 Here’s a fun fact about Plants vs. Zombies Heroes that might not have been immediately apparent when you started playing: Almost every card in the game, including Legendary cards, can be crafted.

It’s true. If you tap on the ‘Info’ for any card in the ‘Collection’ tab — even cards you don’t currently own — you’ll see Craft and Recyle costs at the bottom of the screen. The former tells you how much crafting energy you need to create that card, while the latter is the amount of energy you’ll receive for trading the card in.

Recycling a card removes it from your collection permanently, so it’s only something you want to do when you are absolutely sure you won’t want the card down the road. Typically, players do it only when they collect more than four of the same type of card, as four copies is the most of any one card you can include in a deck.

You’ll notice that it costs three to five times as much energy to create a card as you get for recycling it. That’s a pretty typical ratio for any collectible card game, and it prevents the game from being flooded with powerful cards too early on.

Even early in its life, Plants vs. Zombies Heroes does have some cards that can’t be crafted. So far, these have been Super-Rare cards that are tied to specific events. Will they be craftable at some point down the road? Perhaps, though the developers may want to keep them away from that to increase the urgency for people to play in limited time events.

Between buying Premium Packs and crafting, you should eventually be able to obtain many of the Rare and better cards you seek for your favorite heroes. It might take a while, but when you look back one day on the decks you started with and laugh in comparison to what you’ve built, it will all be worth it.