Home / Walkthroughs, Tips, Cheats / How to Get Night Mode in PUBG Mobile

How to Get Night Mode in PUBG Mobile 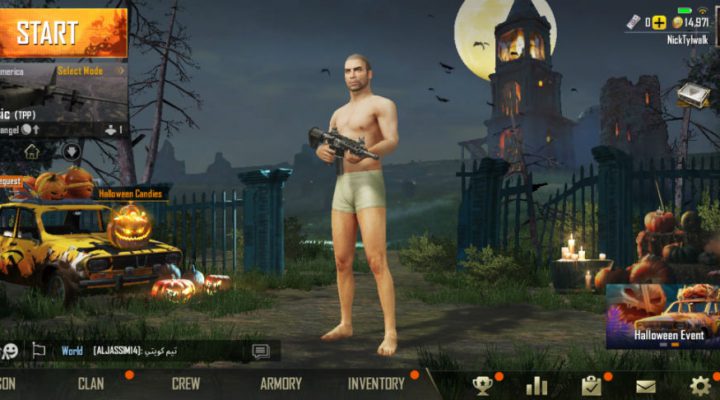 It’s time to play some PUBG Mobile in the dark. That doesn’t mean having the lights out where you are when you play, but rather Night Mode, which arrived in the game in the recent Update 0.9.0.

So what is Night Mode all about? It’s pretty simple: It’s PUBG Mobile matches played on a normal map (and only one, which we’ll get to in just a second) with very little light, meaning you won’t be able to see much and your knowledge of the map and quick reflexes are equally important. You can also find the new night vision goggles to add to your chances of winning, and they’re pretty cool.

But Night Mode is pretty rare, and it occurs randomly, at least for now. So while we can’t tell you how to activate it with 100 percent certainty, we can maximize your chances of getting it.

This is the one absolutely mandatory step. Night Mode is only available on Erangel for the time being, so if you pick any other map, that ain’t it, chief.

Yep, playing at night increases your chances of activating Night Mode in your next match as well. At least that’s according to articles like this one from Newsweek, written by people who have had a chance to play a lot more PUBG Mobile since the latest update than we have. We trust them, and it makes sense that the devs would link Night Mode to, well, actual night. You can get it during the day too, it’s just more rare.

Night Mode can be found in matches with either option, but reports from various websites suggest that it’s more common in FPP.

Look for the pink sky

Again, this isn’t a surefire tell for Night Mode, but various players have reported that when you are in the lobby, you can look up at the sky. If you see no clouds but do notice a pink shade to the sky, that’s an indication that you will get a Night Mode match.

How to tell if you’ve got a Night Mode match

This is the easiest part of the whole process. If you are fortunate enough to get a Night Mode match, you’ll know even before you jump onto the map. In the lower right-hand corner, you’ll see it say ‘Day/Night.’ Simple.

Night Mode matches start in the daytime but will cycle between day and night as the match progresses. Generally speaking, you can expect the safe playing area to shrink once before night falls, then at least one more time before the virtual sun rises. It’s not quite pitch black out when it’s night, but visibility definitely decreases by a lot, especially when there are other players at long distances, meaning it’s easy to run into trouble you can’t even make out before it’s too late.

Be extra cautious, consider taking shelter in buildings if it’s possible, and look for the night vision goggles.

Good luck both getting and winning matches in Night Mode. And if you’re hunting for more PUBG Mobile guides, consider taking a browse through our Sanhok map tips and our ranking guide.