How to Get More Leader Cards in Star Wars: Force Arena 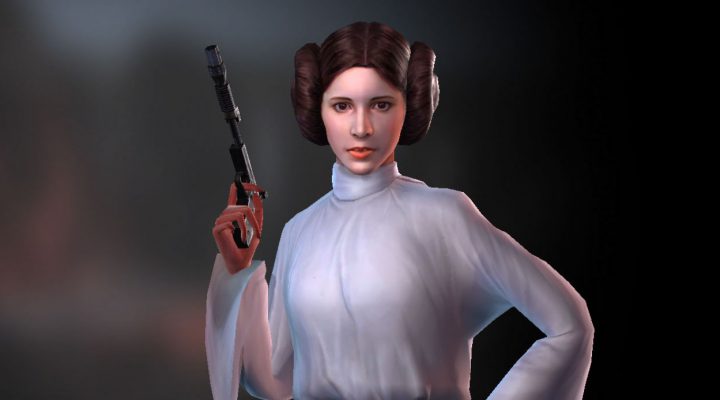 Leaders are the characters that make your Star Wars: Force Arena decks go. Not only are they the ones you actually control in battle, they also happen to (mostly) be some of the most iconic characters from Star Wars lore.

As a newcomer to Force Arena, you’ll earn a few Rebel and Empire leaders early on. But if you end up falling in love with the game’s mix of MOBA and card game traits, you’ll want more. Maybe even more, more, more, as noted philosopher Billy Idol once said in a song that was not about Star Wars, despite its title.

We can help with that. There are several paths to getting your hands on more of these Legendary cards, and all of them are fairly straightforward. 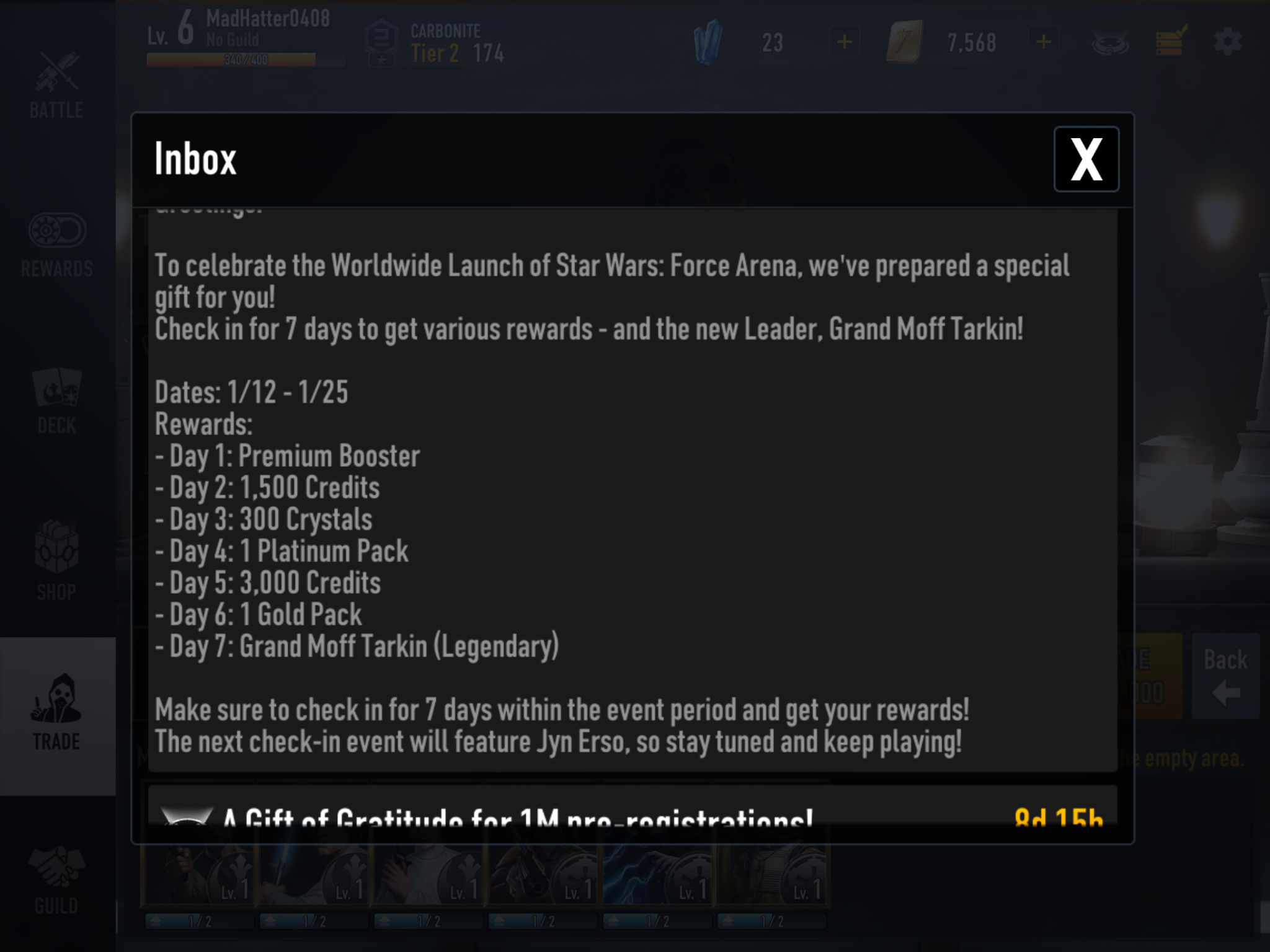 This is likely to be your favorite method for earning new leaders, as it coincides with something you’re probably already doing. To celebrate the launch of Star Wars: Force Arena, the game has a check-in event going that grants you a Grand Moff Tarkin card just for logging in seven times. Since the event period is two weeks long, you’re okay even missing some days along the way.

There’s no guarantee that Netmarble will run a similar event at all times, but it seems likely that leader cards will continue to be given out as log-in rewards. Check your inbox to see what’s going on at any given time, and be sure to play daily, even if it’s just for a few minutes.

Men and Women on a Mission 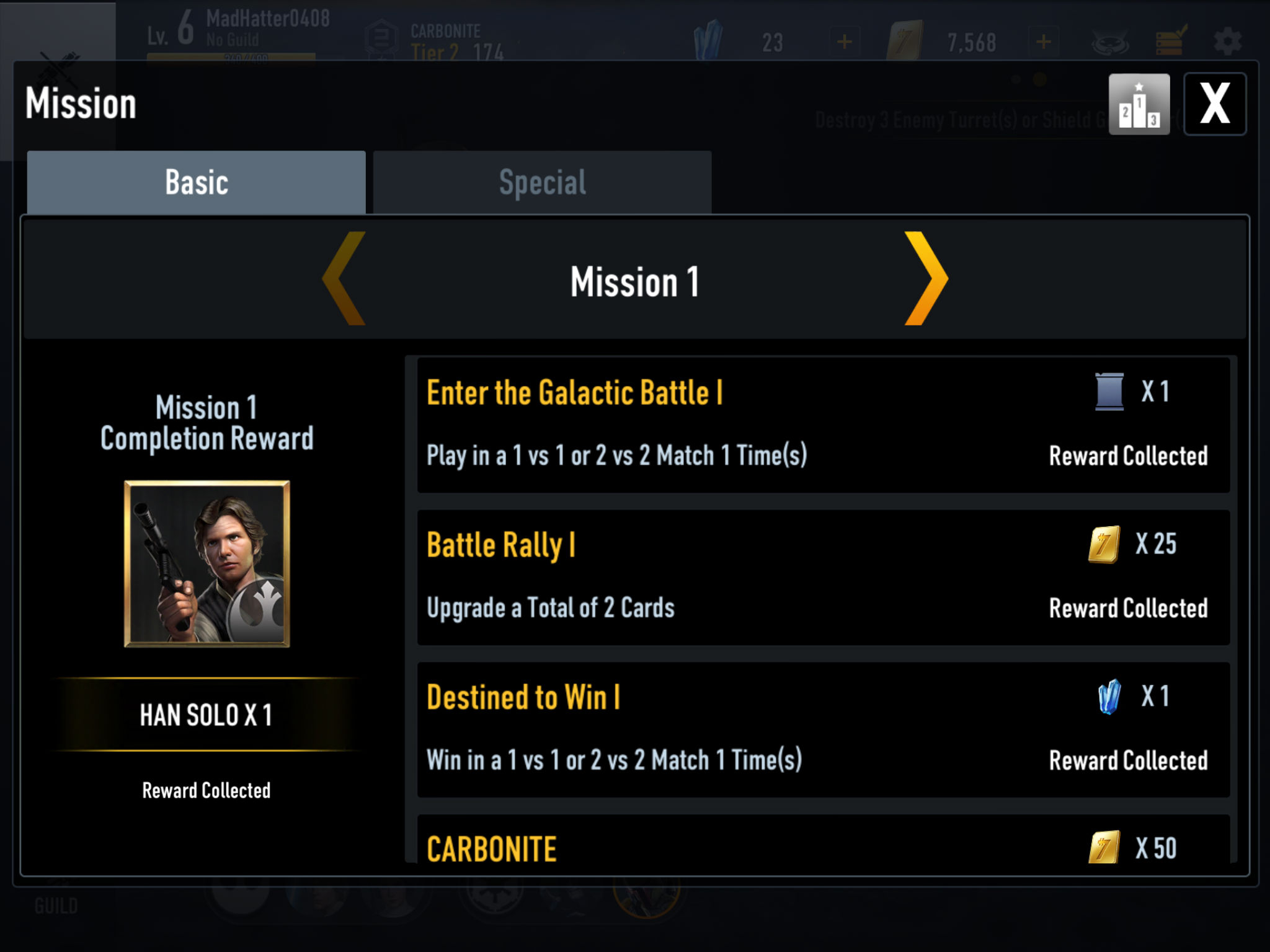 Force Arena offers both basic (meaning you can work toward completing them at any time) and special (limited time) missions that offer you concrete goals at all times. The basic missions should be high on your list of things to do in the game, as successfully finishing them earns you leader cards.

The tasks needed to complete a basic mission can vary but tend to be things like playing specific kinds of matches, upgrading cards, opening packs or obtaining a certain amount of rating points. One task must be completed before the next one is unlocked, so you have to do them in order.

The first three basic mission rewards are as follows:

Save Your Gems for Diamond Packs 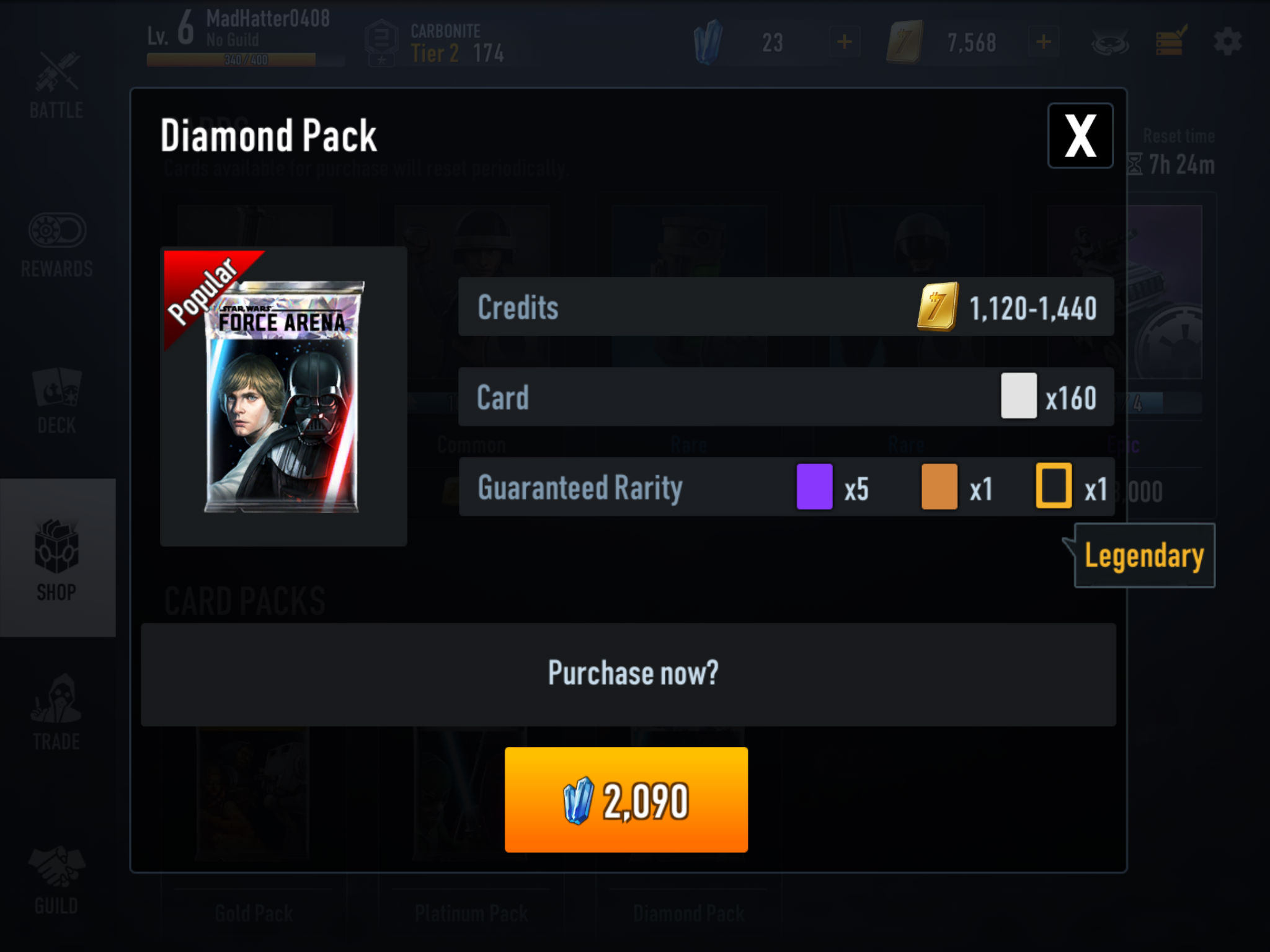 It’s tempting to spend Gems as soon as you have enough for a Gold or Platinum Pack, especially early in the game when you need the Credits and cards they supply. Still, if leaders are all that you love, then that’s what you’ll receive by saving up for a Diamond Pack.

On top of at least 1,120 credits and a total of 160 cards, Diamond Packs guarantee at least one Legendary card. Currently, the only cards in the game of that rarity are the leader cards, so you know you’re getting one if you have enough discipline to gather 2,090 Gems. 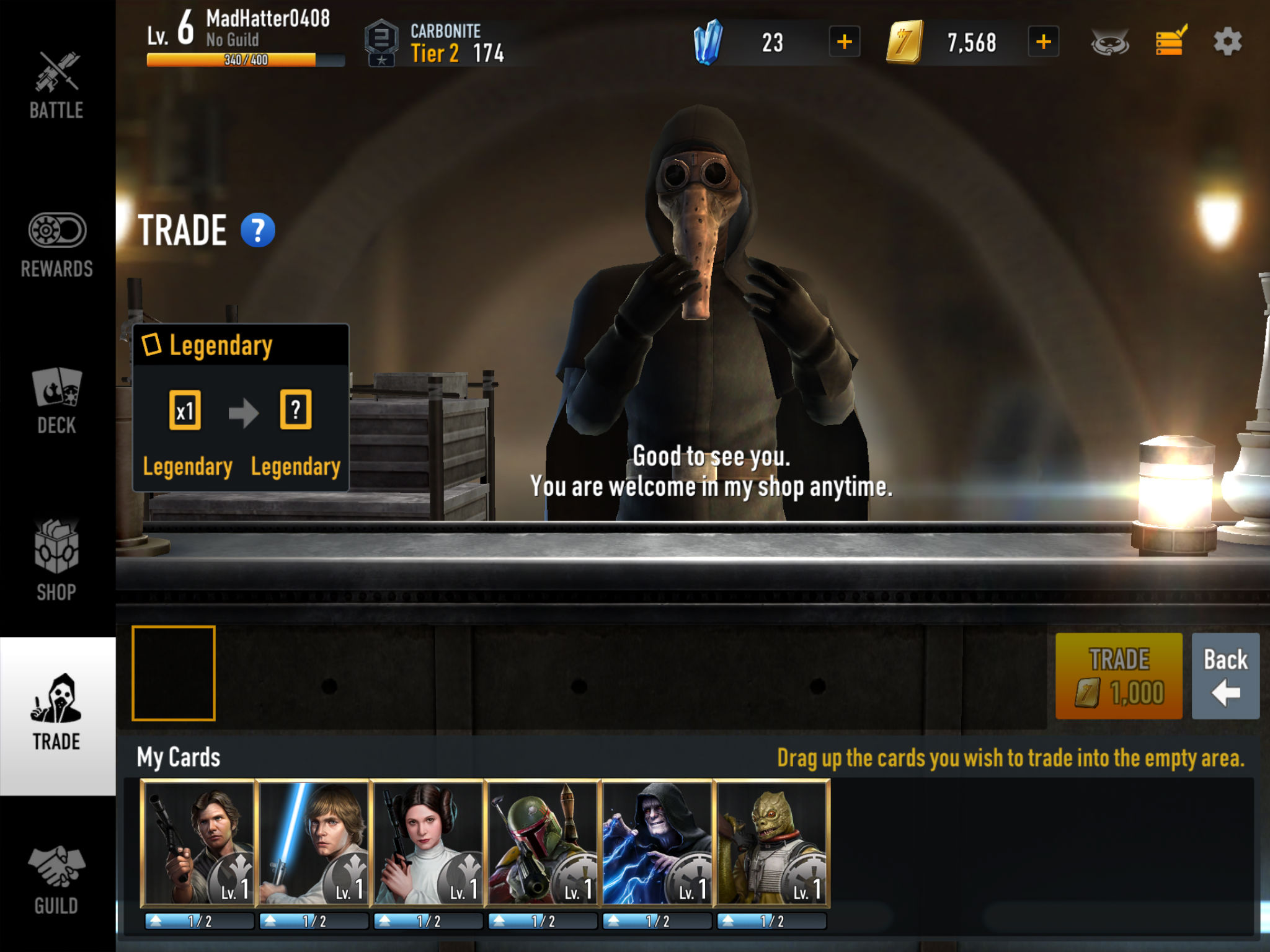 Don’t overlook the ‘Trade’ tab. You can use it to trade cards you might not need for new ones, including leader cards.

Both Unique and Legendary cards can be traded for other Legendary cards, which again is synonymous with leaders at the moment. You’ll need to part with either …

Considering how difficult it is to earn specific leaders outside of mission rewards, it might be wise to hang onto them unless you end up with one you know you aren’t going to use (for instance, if there’s ever a Jar Jar Binks leader card, you can be sure I’m trading him). On the other hand, a Unique that matches up with a leader you don’t have might be worth a trade, provided you can stomach the high Credit cost.

However you end up hunting down more leaders, keep in mind that they level up with duplicates, the same as any other cards. Hoarding more of the same leaders is thus a good thing, especially if they are characters you plan on playing often.

Good luck on your search, and please, no disintegrations. 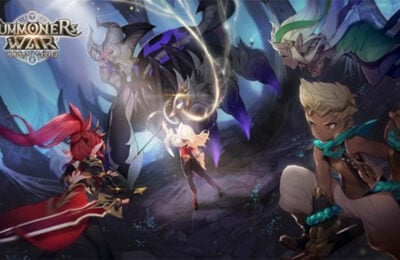