Home / Walkthroughs, Tips, Cheats / How to get more hosts in Westworld

How to get more hosts in Westworld 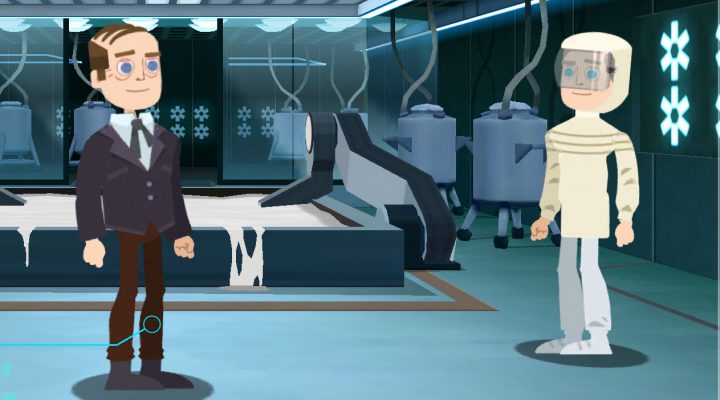 By the time Westworld season 2 ended on HBO, the thought of a place where people could come on vacation and act out their wildest fantasies with the help of the human-like hosts was pretty much shot to pieces. The Westworld mobile game takes us back to a time before the hosts revolted and became self-aware, when the violent delights hadn’t yet found their violent ends.

The game puts you in charge of the ongoing operations of Westworld, helping to match the right hosts with the right guests so that their desires are satisfied and they stay happy. Whether they are looking for adventure, romance or other ways to get an adrenaline rush while finding out more about themselves, you’ve got the tools to help them out.

Or that is, you could, as long as you can keep your park supplied with a steady supply of hosts. Even with the nearly limitless financial resources of Delos behind you, it’s not as simple as just 3D printing new hosts as often as you like. However, it’s also not that difficult, and we’ve got the tips you need to keep the hosts coming.

How to produce more basic hosts

Hosts come in five tiers of rarity, from one to five stars, with the higher rarity hosts able to successfully pull off much more complicated and involved guest interactions. You can also bump hosts up between ranks, but for many of your most common tasks around Westworld, 1 to 3-star hosts will do just fine.

To make more of these basic hosts, you’ll want to tap on the Manufacturing lab, which is the one with the Vitruvian Man setup. Once there, tap on the icon in the bottom-right corner to bring up the ‘HOST/Manufacture’ menu. 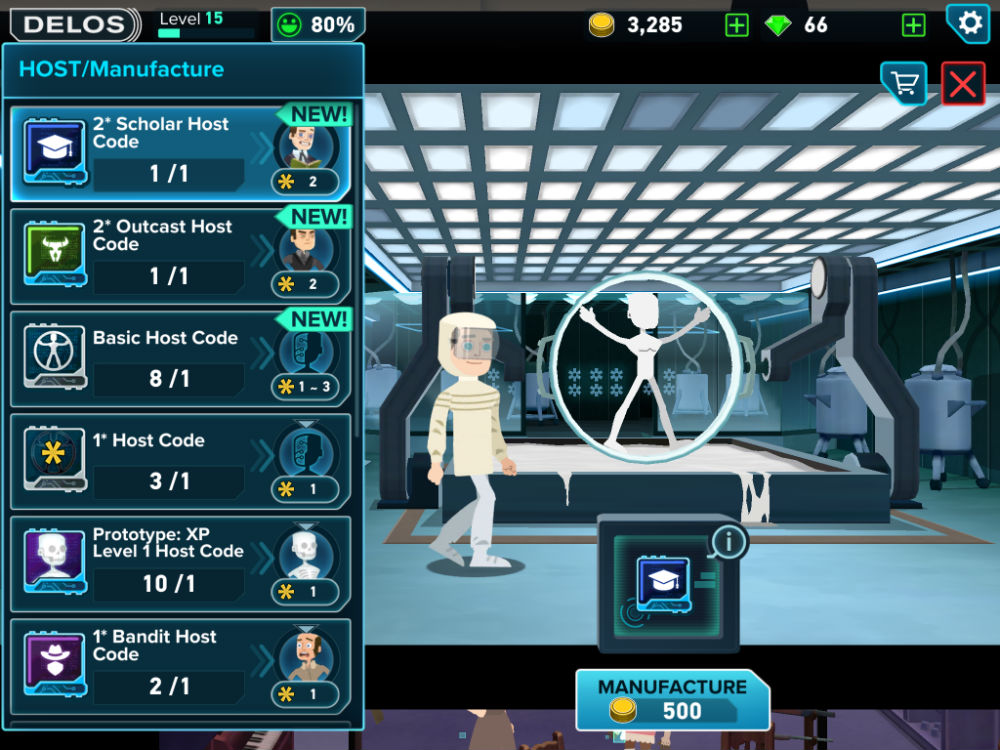 What you’ll see there is a list of the current host codes you can produce. If you have the proper codes and the right amount of coins, all you have to do is tap the ‘Manufacture’ button and voila, new host. Many host codes will produce random hosts, but occasionally you’ll also acquire hosts that can create hosts with specific roles. 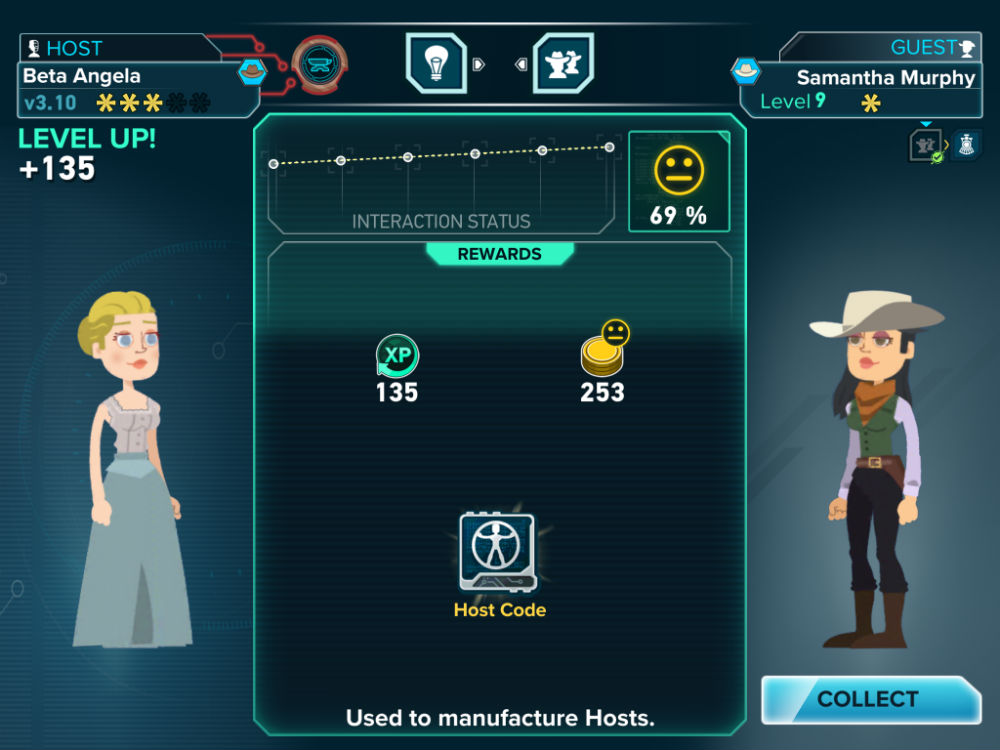 Where can you find host codes?

Note that when you are cranking out hosts, you will eventually run into a limit on how many hosts you have active at one time, at which point you’ll either have to spend Gems to increase your storage capacity or use some of your unwanted hosts to level up other hosts in the Rebuilds lab.

How to produce rare hosts

It wouldn’t be Westworld without some of the more famous hosts that make the HBO series so much fun to watch, and you’ll find them as the 3, 4 and even 5-star hosts in the game. Regular host codes won’t cut it for these name characters, so you’ll have to get used to the following ways of acquiring them. 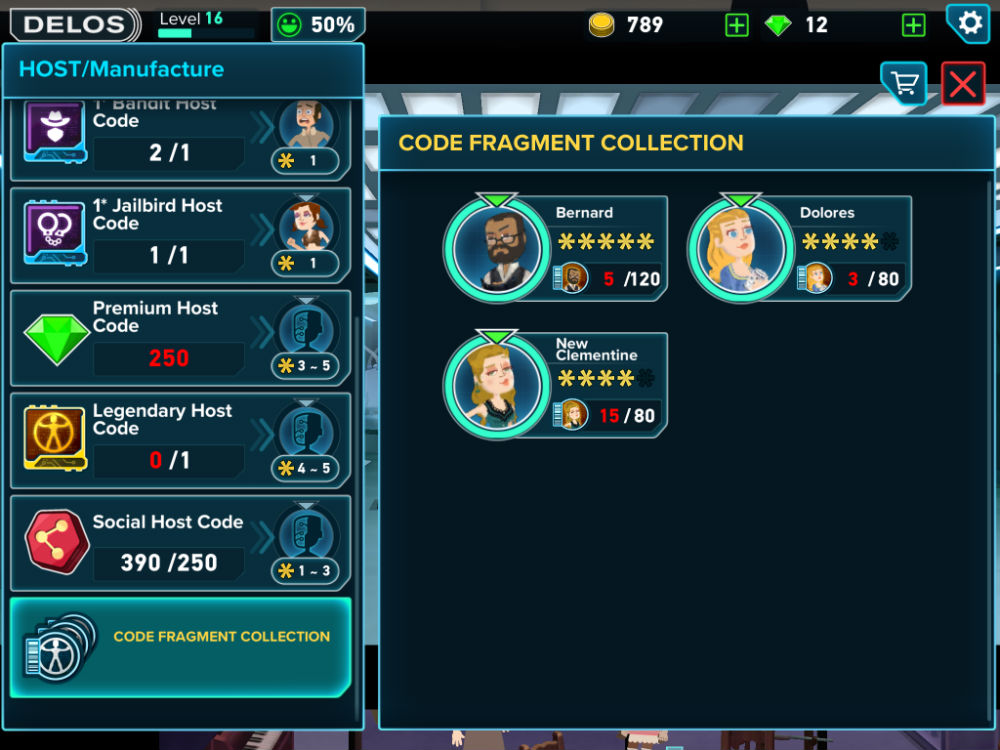 Even though it’s plenty of often thankless work to produce these rare hosts, the number of successful interactions they can pull off and the guest happiness they create when they do is definitely worth it.

How to restart your adventure in Harry Potter: Hogwarts Mystery