Home / Walkthroughs, Tips, Cheats / How to Get More Gems in Pokemon Duel

How to Get More Gems in Pokemon Duel 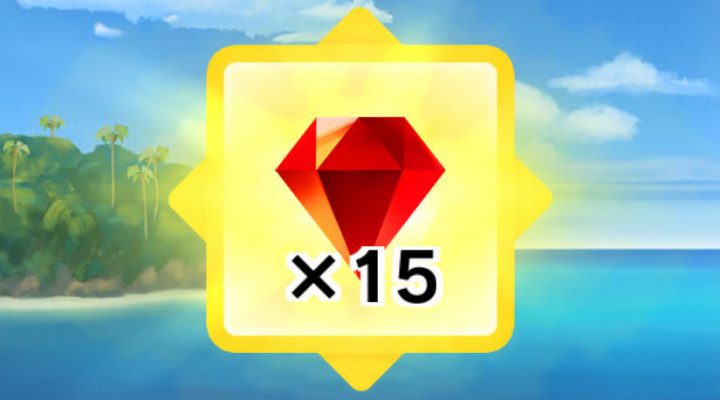 If you’ve been bitten by the Pokemon Duel bug, you don’t need us to tell you that getting those EX Pokemon figures is what it’s all about. There are several ways to go about it, but the simplest is to use Gems to buy the Booster 6-Pack from the in-game store. For 300 Gems, you’re guaranteed at least one EX-rare figure, currently the top rarity in the game.

Getting all those Gems? To quote Han Solo, that’s the real trick.

Just kidding. There’s nothing tricky at all about getting more Gems. For starters, you can simply buy them for real money. But we know you know that.

So let’s discuss the other ways you can watch your Gem balance grow until you can spring for the 6-Pack. Of Boosters, that is. Need to be clear about that. 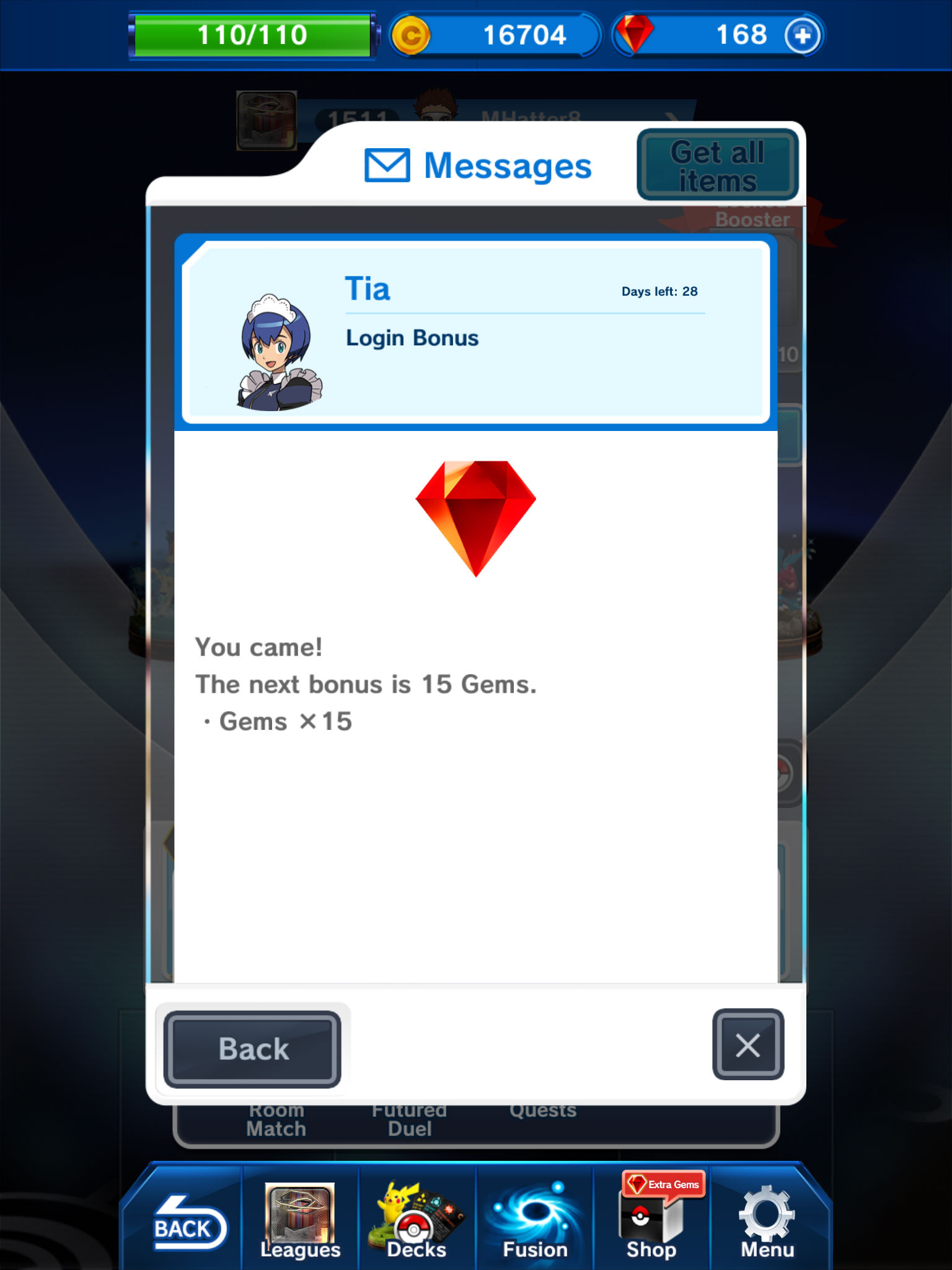 No need to complicate things. Pokemon Duel gives you rewards each day for logging in, delivered to your inbox. You can find that by tapping the icon to the right of the ‘Play’ button on the main menu screen, then finding the envelope icon that says ‘Messages.’

The daily reward isn’t always Gems, but one nice thing the game does is tell you what the reward will be the next day so you know in advance. It’s also helpful to check the inbox because Gems are sometimes given away as part of limited time events or as compensation for extra long maintenance periods, and those will show up in the same place. 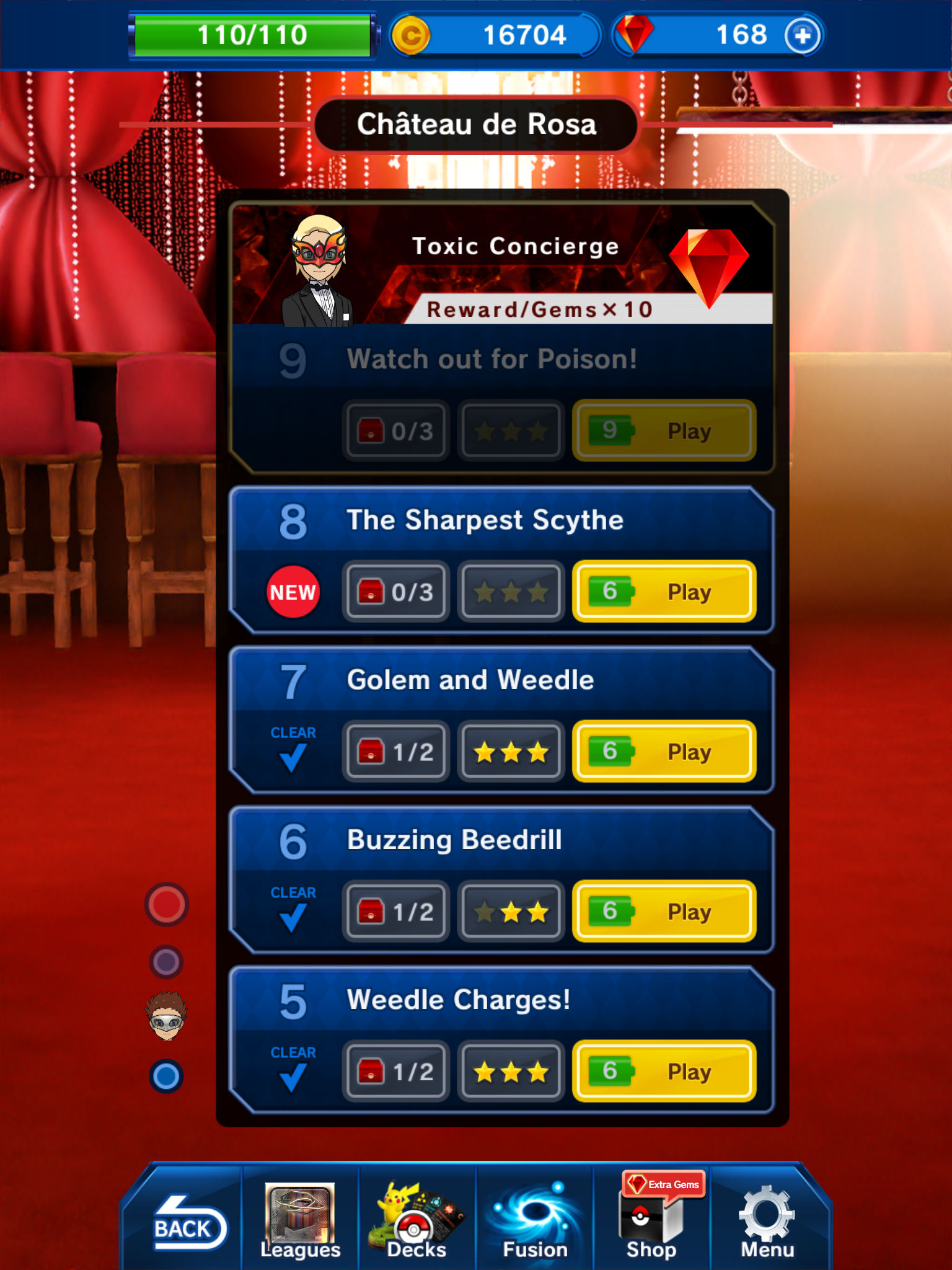 The single-player storyline to Pokemon Duel features a worldwide tournament to decide who the best Pokemon figure player is. The prize is an entire luxury hotel on a small island that appears to be nothing but hotels.

While you’ll have to win a ton of matches and get through a bunch of cutscenes to get to that point, those solo quests can be a good source of Gems. Specifically, beating the concierge who waits at the end of each floor of each hotel will give you Gems for beating them. Note that you only receive the Gems for the first victory over every concierge even though you can go back and challenge them again if you choose. 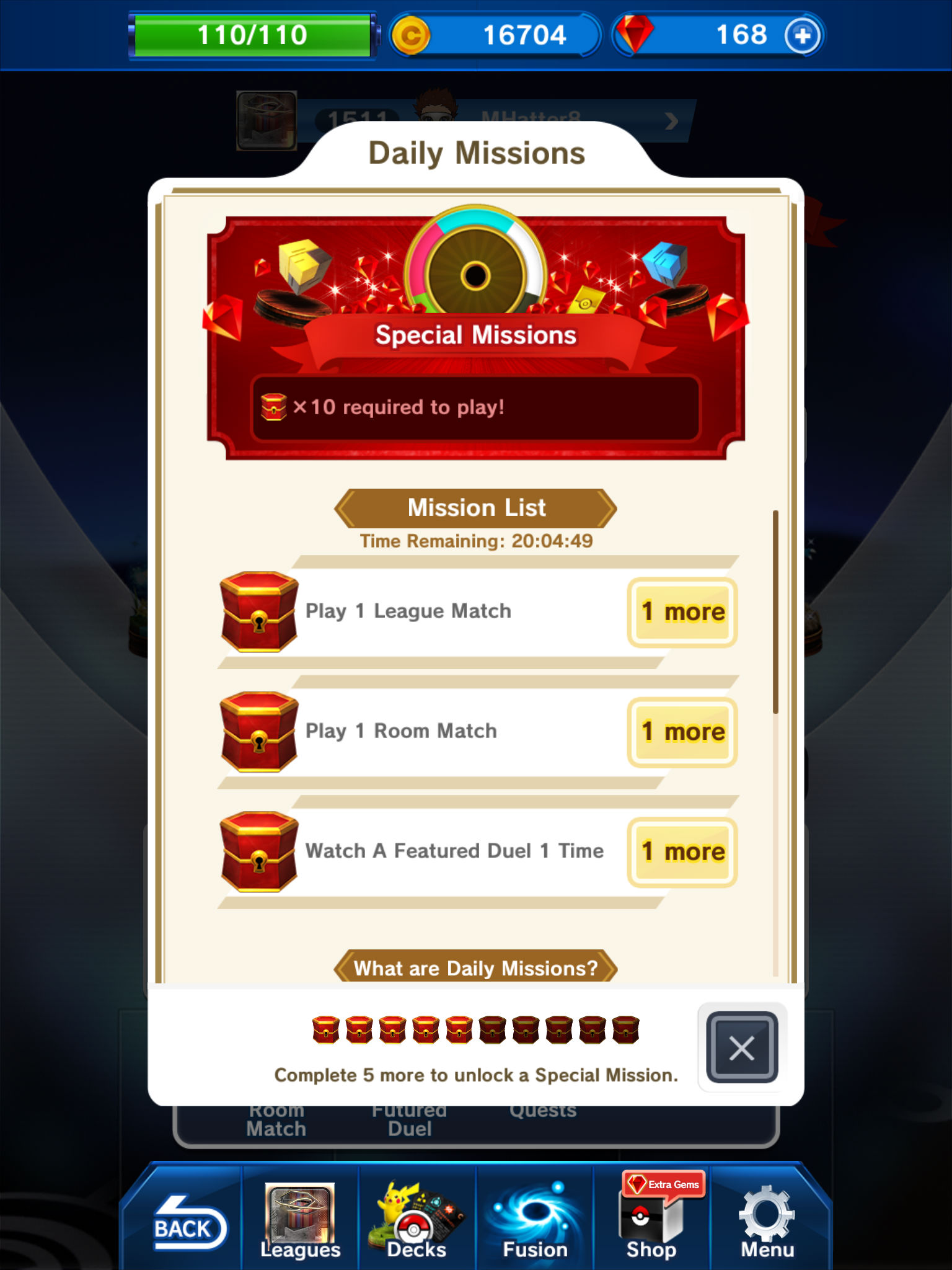 Not to be confused with Quests, Daily Missions refresh every 24 hours and ask you to complete simple tasks like playing a League Match, winning two matches in a row or watching a Featured Duel. You get three every day, and finishing a total of 10 unlocks a Special Mission for even more rewards.

As with the login rewards, not every Daily Mission yields Gems, and you won’t know which of them do until you unlock the treasure chest you receive upon completion. Still, they’re pretty simple and straightforward so there’s no reason not to make them a priority.

And that’s all you need to know. May your Gem balance always be large, and if you need assistance getting more coins in Pokemon Duel or figuring out evolution, we’ve got you covered there too.

Pokemon Duel: EX Pokemon and Where to Find Them