How to Get Legendary Pokemon in Pokemon GO Right Now 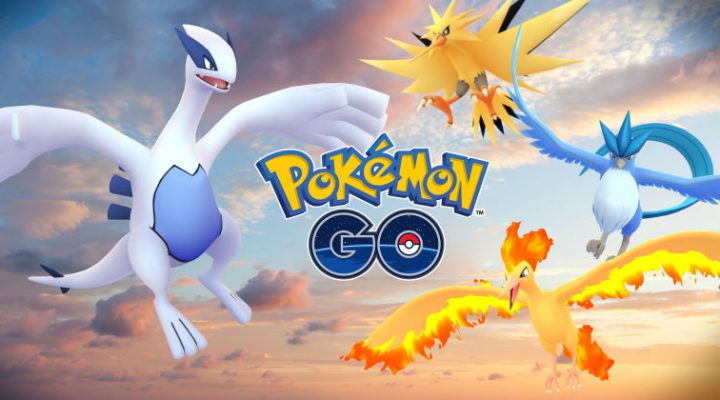 Slowly but surely — and some would say too slowly — Niantic is adding features to Pokemon GO that some players have been wishing for since the game’s release in the summer of 2016. Legendary Pokemon were definitely high on more than one wish list, and even though the anniversary event in Chicago that introduced them to the world fell somewhere between a bit of a mess and an unmitigated disaster, the positive thing to come out of it was that Legendary Pokemon are now available for anyone to catch.

It’s just not that easy to acquire them.

But hey, nothing good comes easy, right? Or at least that’s how the old adage goes. If you want to catch some Legendary Pokemon in Pokemon GO right now, here’s what you need to know.

There are quite a few more Legendary Pokemon than just these two, even in just the first two generations of Pokemon, but they are the first ones to be added to the game. Niantic has already hinted that Moltres and Zapdos will probably be the next two to arrive, but for now, you’ll have to content yourself with Aritcuno and Lugia.

At least for now, you won’t stumble across Legendary Pokemon in the wild and can’t hatch them from Pokemon Eggs no matter how much you walk. Legendaries are only found in specific Raid Battles signified by a special Egg. There’s good news and bad news here: the bad is that you’ll need a Legendary Raid Pass to participate, the good is that the battle should have a 48-hour countdown timer that gives you plenty of time to prepare. And you’ll need to be ready, because …

As you’d expect, Articuno and Lugia are the strongest Pokemon seen to date, with Eurogamer reporting that they have CP of 37,603 and 42,753, respectively. Anecdotal evidence from players at Pokemon GO Fest suggests you’ll want a group of about 15 players to have a legitimate shot at defeating them. This is kind of a bummer for people in low population areas, so maybe you’ll want to head to the closest big city for your Legendary hunting.

Every player in a successful Legendary Raid Battle has a chance to obtain the Pokemon they just defeated, but it’s no picnic. Some media outlets are reporting 2 percent catch rates, which obviously isn’t great. What can you do to improve your chances? Be ready with Golden Razz Berries, which are your best tool to improve that capture rate. And then just hope things go your way.

While it might seem like kind of a bummer, Legendary Pokemon can’t be used to help defend Gyms. However, they can be used to battle Gyms held by opposing teams, and probably will become your main weapons in those fights.

Niantic is intentionally taking things slow with Legendary Raids in the first few days after Pokemon GO Fest, presumably in order to avoid the game’s servers from being overloaded (which wouldn’t be the first time), so don’t expect them to be plentiful right away. Definitely keep your eyes open, though, and good luck.

A Guide to Every Structure in A Planet of Mine