How to Fix ‘Loading Cantina’ in Star Wars: Galaxy of Heroes 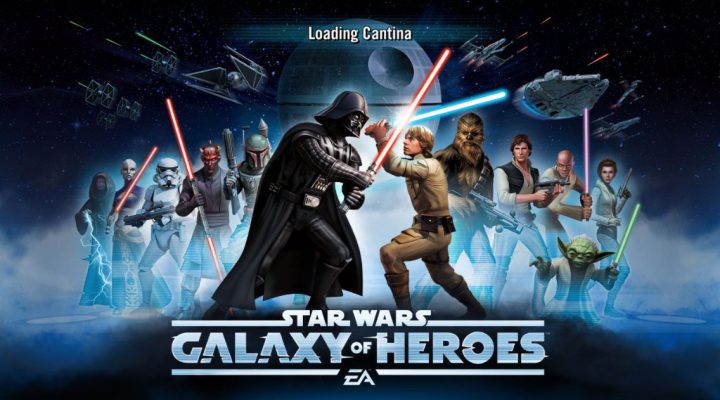 If you’re anything like me, the last few weeks of your gaming life have been marred by a weird glitch in Star Wars: Galaxy of Heroes. The game seems to freeze at the “Loading Cantina” screen, never allowing you to actually play. At first, simply rebooting the phone would fix it — but that doesn’t seem to be working anymore.

We’ve found the real fix, and much to our surprise, the problem has nothing to do with Star Wars: Galaxy of Heroes.

From the time iOS 9 was first introduced, a small set of gamers found themselves locked out of Apple’s Game Center. It was a known bug, and even though Apple has been trying to deal with it (even claiming in the iOS 9.1 notes that it was addressed), the situation seemed to spread to more gamers as time went on.

Personally, I think it happened to me after updating to iOS 9.1.2.

What is happening in Star Wars: Galaxy of Heroes is that the game is calling out to your Game Center account during the “Loading Cantina” screen and never able to reach it. Game Center on your iPhone is, for lack of a better word, borked. If you try to open it, you’ll see a white screen. If you try to check your Game Center settings from the general Settings app, it will freeze up. You’re not going to have a good time here, and you’ll eventually want to throw in the towel and see if a factory reset will solve this — but you won’t have to. As always, reddit has found a better way.

A huge thanks to reddit user xmage187 for sharing this fix on the r/ios9 board last month. If you’re a redditor, be sure to give him an upvote for this:

Once you reach step 6, you’ll be delighted to find that the Game Center settings no longer freeze up. This should give you all the control you need to make Game Center functional again, allowing you to breeze past the Loading Cantina screen and straight into the game. Now enough jabberin’ — you’ve got a Rebellion to mount!