Home / Walkthroughs, Tips, Cheats / How to evolve your Eevee into the form you want in Pokemon GO 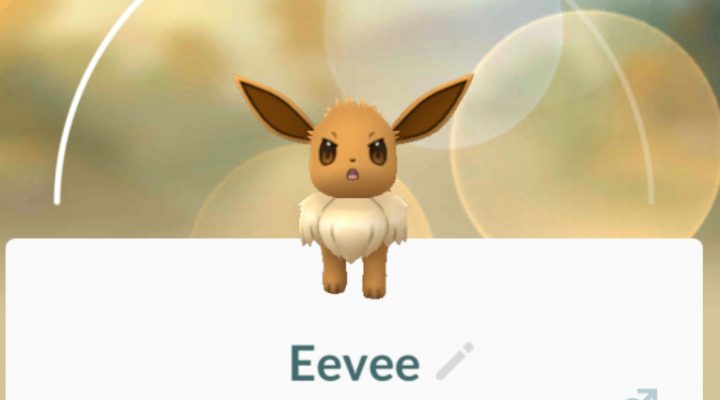 It’s hard to dispute the idea that Eevee is one of the more popular Pokemon characters around. Not only is it adorable in its own right, but the fact that it can evolve into multiple different forms also helps endear it to fans everywhere. This is certainly true in Pokemon GO as well, where five of the “Eeveelutions” are currently available — Flareon, Jolteon, Vaporeon, Espeon and Umbreon — and there are rumors about more on the way soon.

There’s a good chance that you have more than one Eevee in your Pokemon GO collection since it was the subject of the most recent Community Day. If you were fortunate, you might even have a Shiny Eevee or two that you would like to evolve. The problem is that in most cases, the evolution is random, and that’s not too helpful if you want to end up with all five forms.

So what can you do to help put the odds in your favor? Say, all the way up to 100 percent? We know a few tricks to evolving Eevee into the form you want.

People who have been playing Pokemon GO from the beginning probably know this one, though a few more evolutions have been added since then. For newer players, this might very well be a new trick, so you’re welcome. We kid, we kid.

In any case, it’s possible to turn your Eevee into the exact form you want by giving it a nickname before you evolve it. Simply go to its profile, tap on the pencil next to its name, and change it to the corresponding name for each desired evolution:

The most important, “if you remember nothing else from this article” tip is that each nickname can only be used one time for each Eevee evolution. You’ll want to have strong Eevees for all five forms to get the best possible CP out of your one shot at each name.

Walking method to evolve Eevee into Espeon or Umbreon

For the two most recent Eeveelutions to join Pokemon GO, there’s another way to get the outcome you want, and it involves some walking. Once you have 23 of the 25 Eevee candies needed to evolve it, make an Eevee your buddy. Then, walk with it until you earn two more candies, giving you 25, which will take 10 km of walking.

Then you need to evolve that Eevee at the proper time of day, according to the game.

Unlike the naming trick, this one can be used as many times as needed to get an Espeon or Umbreon. Also, we can confirm that if you got Shiny Eevees from the recent Community Day, either one of these methods will get you the corresponding Shiny version of any of the five evolutions.

If you found this Pokemon GO article helpful, don’t forget to check out some of our latest additional guides to everyone’s favorite augmented reality game, including how to find Star Pieces and how to get Lucky Pokemon.

Tournaments in Jurassic World Alive: Everything you need to know