Home / Walkthroughs, Tips, Cheats / How to Change Bots in Transformers: Forged to Fight 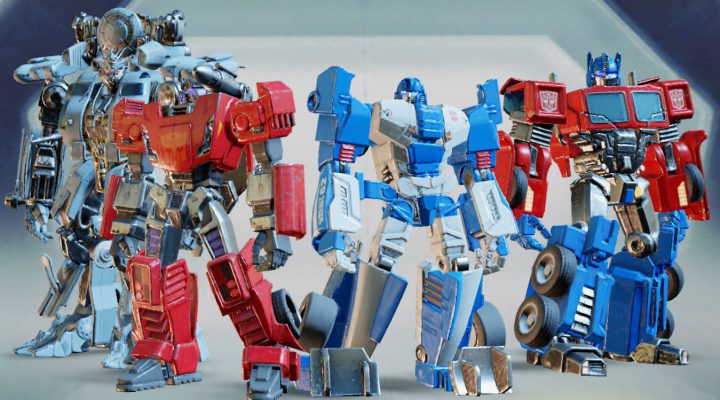 It doesn’t do you much good to compile the baddest collection of bots around in Transformers: Forged to Fight if you don’t know how to change them up and edit your squad before setting off on a mission. Believe it or not, that’s one of the biggest questions facing new players in Kabam’s excellent mobile fighting game.

It’s also an important one to answer because once you start a single-player mission or a PvP arena run or raid, you can’t switch characters. You’ve got to dance with the bots you’ve brought, so to speak, until you’ve completed that session of your current mode.

Happily, it’s pretty easy to change bots before you battle. Before you start a mission, you’ll go to a screen that looks like this, with your current squad shown off (it’ll be the same squad you used on your previous mission): 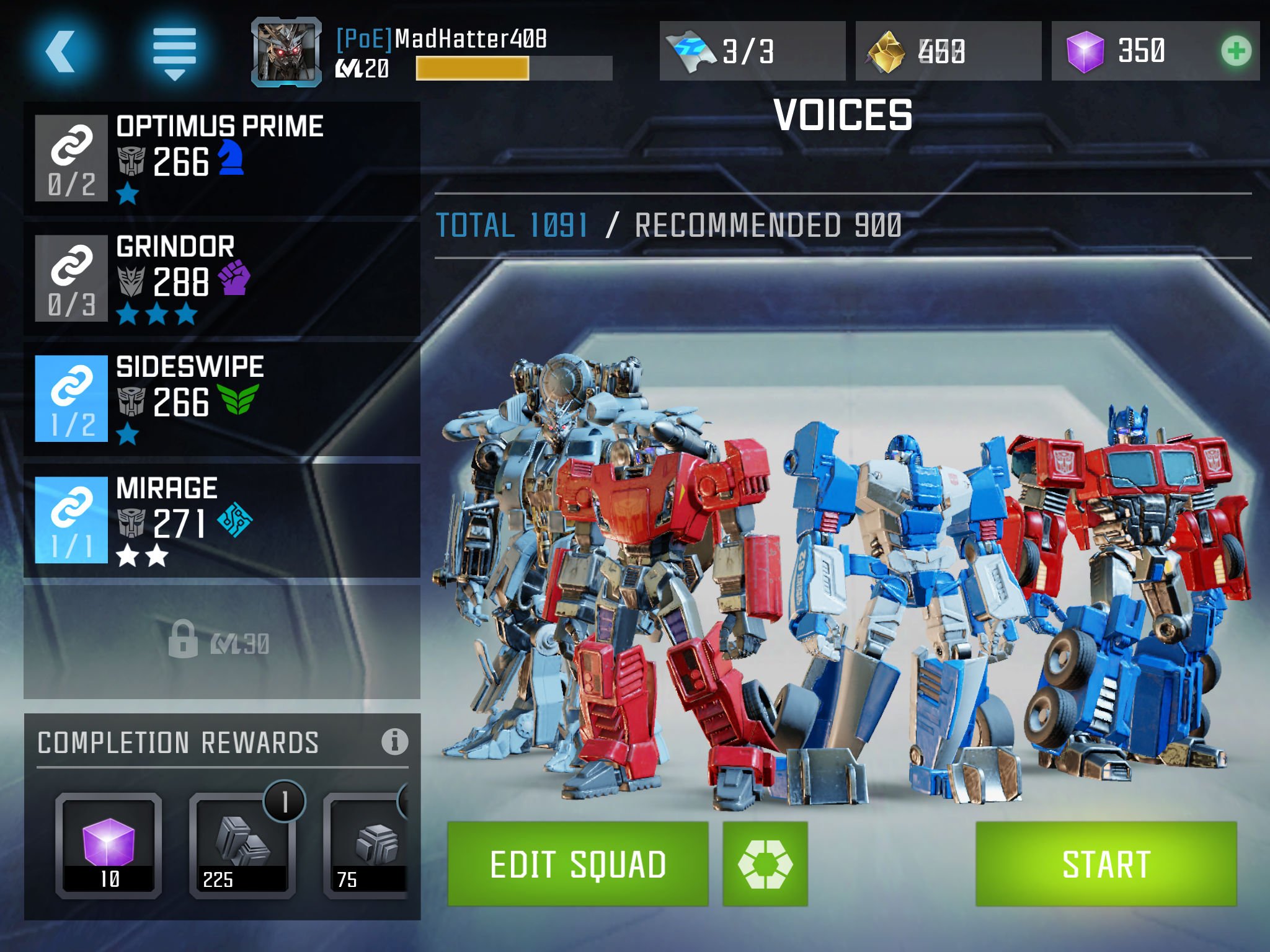 If you tap the green ‘Edit Squad’ button on the bottom of the screen, you’ll be taken to this screen, which has your current squad on the left and the other characters you own in the middle. Take note of the current squad’s power and the recommended power level for this mission near the top of the screen: 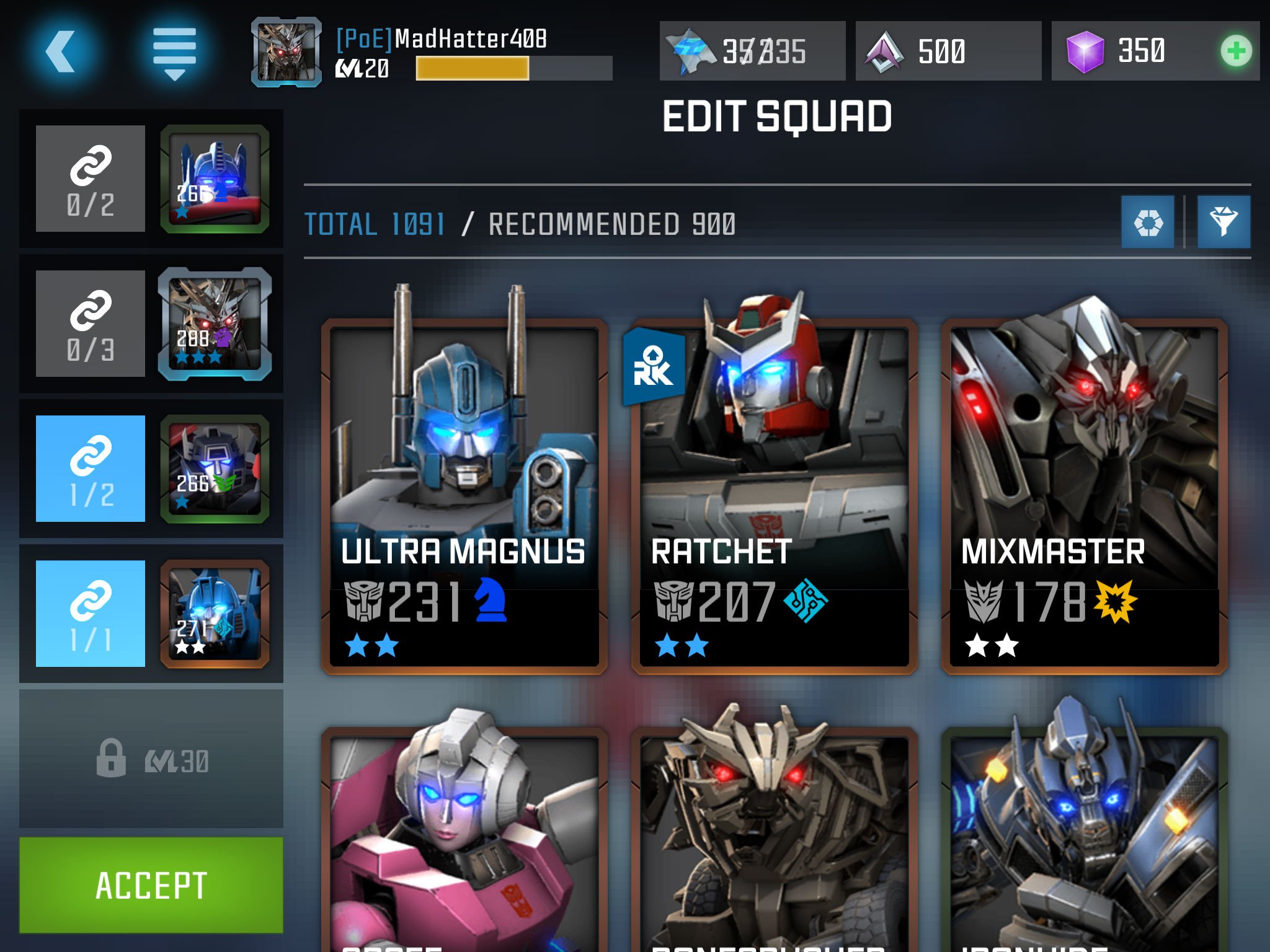 To swap in another bot, either send one of the current squad members to the bench by tapping on it, then tapping on a replacement. You can also perform a swap in reverse; if you tap on a character not in your current squad, the icons of the bots who are will start to shake (like when you are about to delete an app from an iPhone screen), and you just tap on one of them to switch it out.

BONUS TIP: Once you reach level 20, you’ll be able to add a fourth Transformer to your Forged to Fight mission squad, as well as a fifth when you hit level 30. The game won’t prompt you though, so don’t forget that you have those extra spots.

When playing in Arena mode, the process is much the same, but you won’t have any bots in your squad to start. Also, since Arena runs are limited to characters of a certain rarity tier (meaning the number of stars they have), you’ll only see the bots eligible to participate in that arena when you go to pick out your lineup. 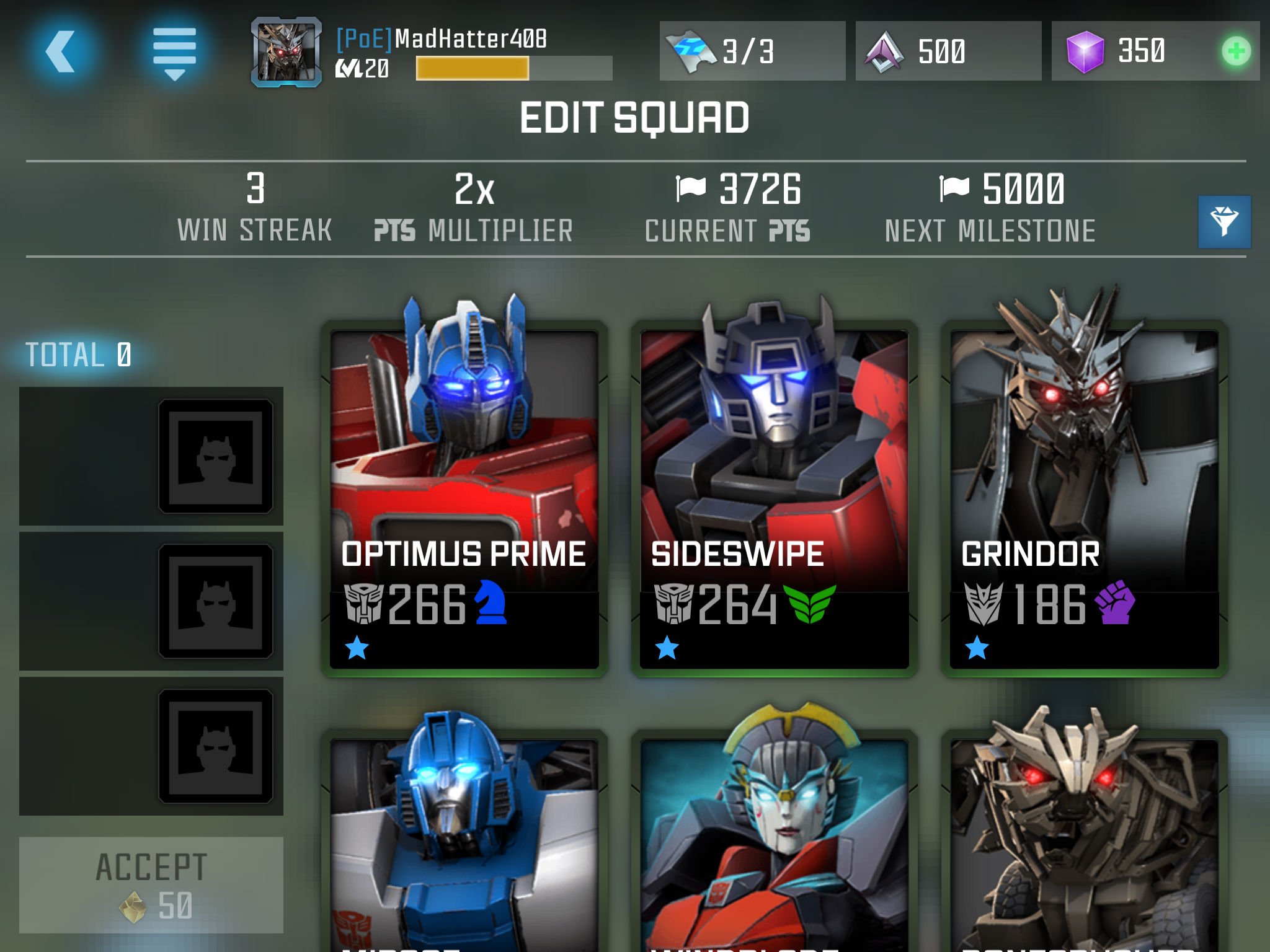 Finally, you may want to remember how to swap out bots you have assigned to defending nodes at your base, because while doing so, they aren’t available for missions or raids. It’s also pretty simple; just tap the node where you want to make a switch, then tap the icon under the bot’s name that looks like a circle with two arrows inside.

You’ll end up on this screen that says ‘Place a Defender’ and be able to select a new bot to safeguard that node: 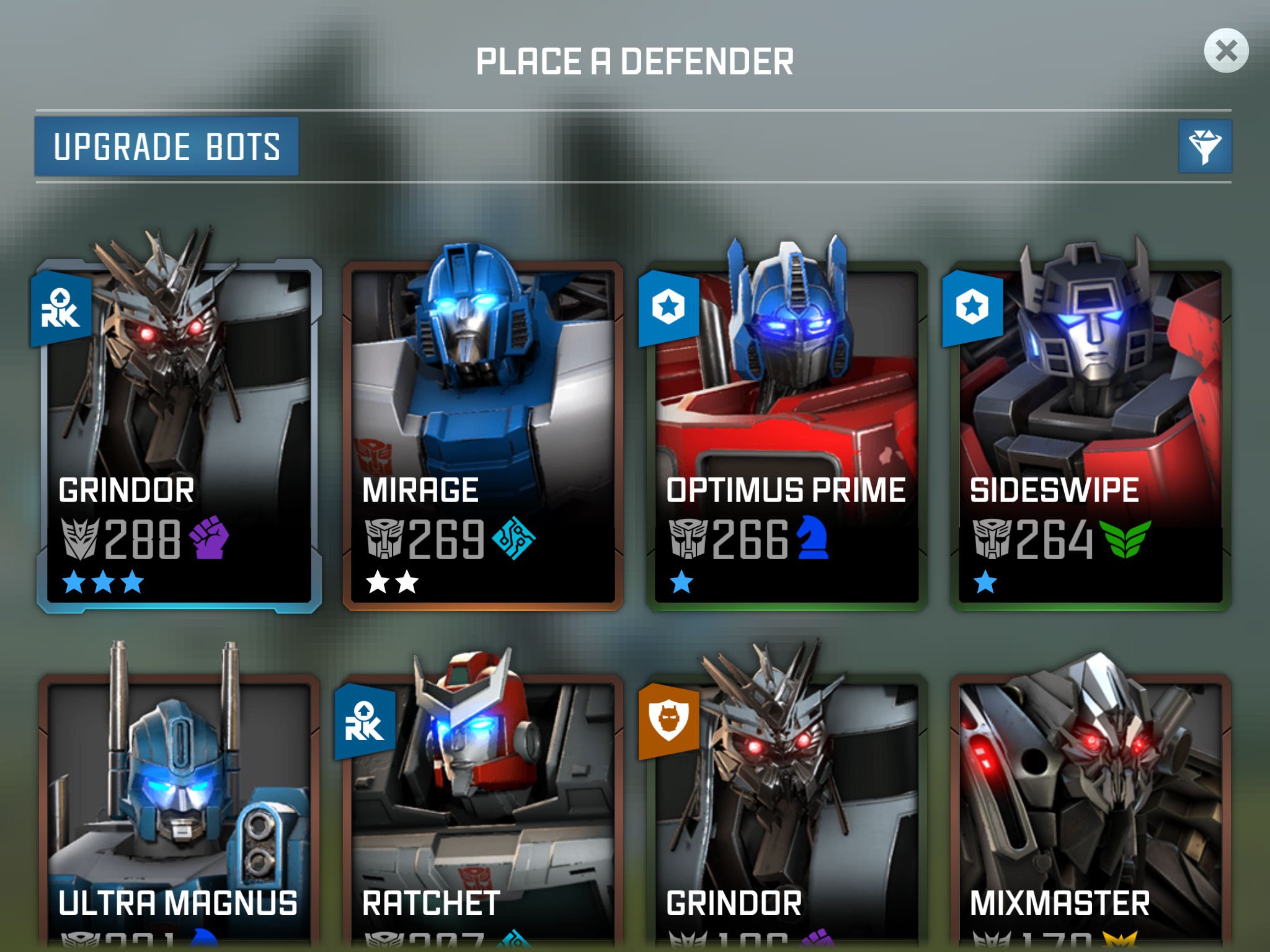 Now you’ve not only got a killer roster but the knowledge of how to use all the flexibility that Transformers: Forged to Fight has built into it. Best of luck in all your future battles.