How to catch Regirock right now in Pokemon GO 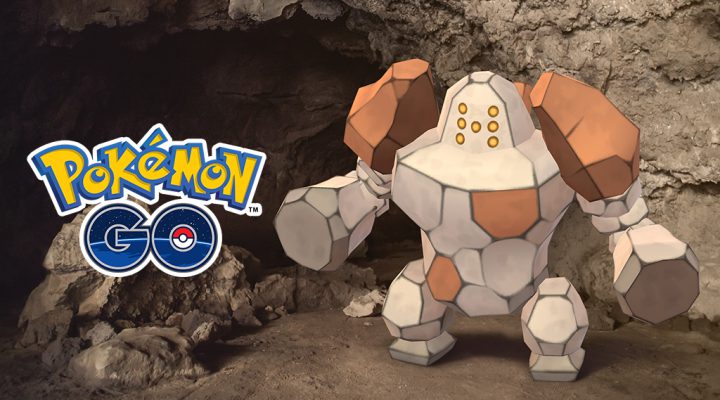 While Legendary Pokemon come in all shapes and sizes, not many are as distinctive as Regirock. The so-called Rock Peak Pokemon from the Hoenn Region looks like a golem of some sort, with arms that end in flat fists that look like piledrivers. It looks like a tough customer, and it is.

It’s better to have a Pokemon like that on your side than against you, and as luck would have it (well, luck and the developers at Niantic), Regirock is available for you to capture and add to your roster right now through Sept. 20.

Regirock can be found only in raids, and with its high defense, is hard to wear down. Here’s what you need to know to defeat him in a Raid Battle.

Best Pokemon to use against Regirock

As it turns out, that high defense isn’t much use against Water, Grass, Fighting, Ground and Steel-type attacks, which gives you plenty of options when assembling a team to battle Regirock. Weather boosts may guide you in the right direction, as many Pokemon GO players have Pokemon with Grass and Water attacks readily available.

However, Fighting types are best because in addition to inflicting more damage, they also take less from Regirock’s Rock-type (obviously!) attacks. Specifically, Machamp has been found to be the best of these. Another great Pokemon to use, albeit a Water-type, is Kyogre.

In the next tier of solid options are Groudon, which boasts both Ground and Grass attacks, and Venusaur, especially with the Frenzy Plant charge move.

Don’t have any of these Pokemon on hand? Various sources have also named these as potential Regirock counters:

How big a Raid party do you need to effectively take down Regirock? Pokemon GO Hub says its possible with four trainers if everyone has Kyogre and Machamp on hand, but for the best chances of victory, it’s better to have five to seven people in your Raid.

Also, Regirock is boosted by Partly Cloudy weather, so even though this will make it more difficult to defeat, you’ll also be able to catch a more powerful one when you win.

As with any Pokemon you want to catch, your best bet of catching Regirock after the battle is to use a Golden Razz Berry and use a curve for your throw. An Excellent Curve throw after using a Golden Razz Berry gives you a base success rate of more than 12 percent, and that number is even higher if you have any level of the Rock Medal. It’s still not easy to catch Regirock, but that’s true of any Legenday Pokemon.

How to use Regirock once you’ve got one

This is probably the biggest mystery of all so far. Regirock would make an excellent Gym defender thanks to its sturdy defense and high HP, but alas, Pokemon GO won’t let you use it that way. Can you find another use for it?

The answer to that question is definitely maybe. Regirock has a low attack value, but can be found with both Rock Throw and Stone Edge, making it one of the few Pokemon with two Rock-type attacks. This is considered by the Pokemon GO community the best version of Regirock, so count yourself fortunate if you find one.

Good luck battling and catching the Rock Peak Pokemon, and if you found this guide useful, don’t forget to check out some of our other Pokemon GO guides, including how to catch Celebi and how to evolve Eevee into any form.