By Matt Thrower | 4 years ago 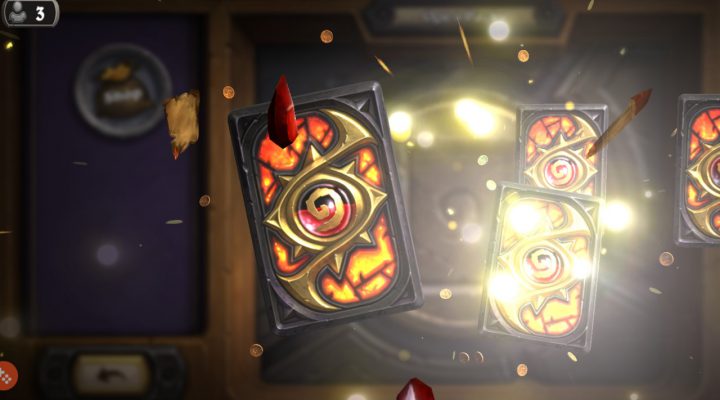 Unless you’re a well established Hearthstone player, there will be significant gaps in your collection. There will be decks you want to play because they look powerful, or fun, but you can’t due to you missing critical cards. For new players this is a particularly pernicious problem, but it’ll likely plague your whole Hearthstone life. 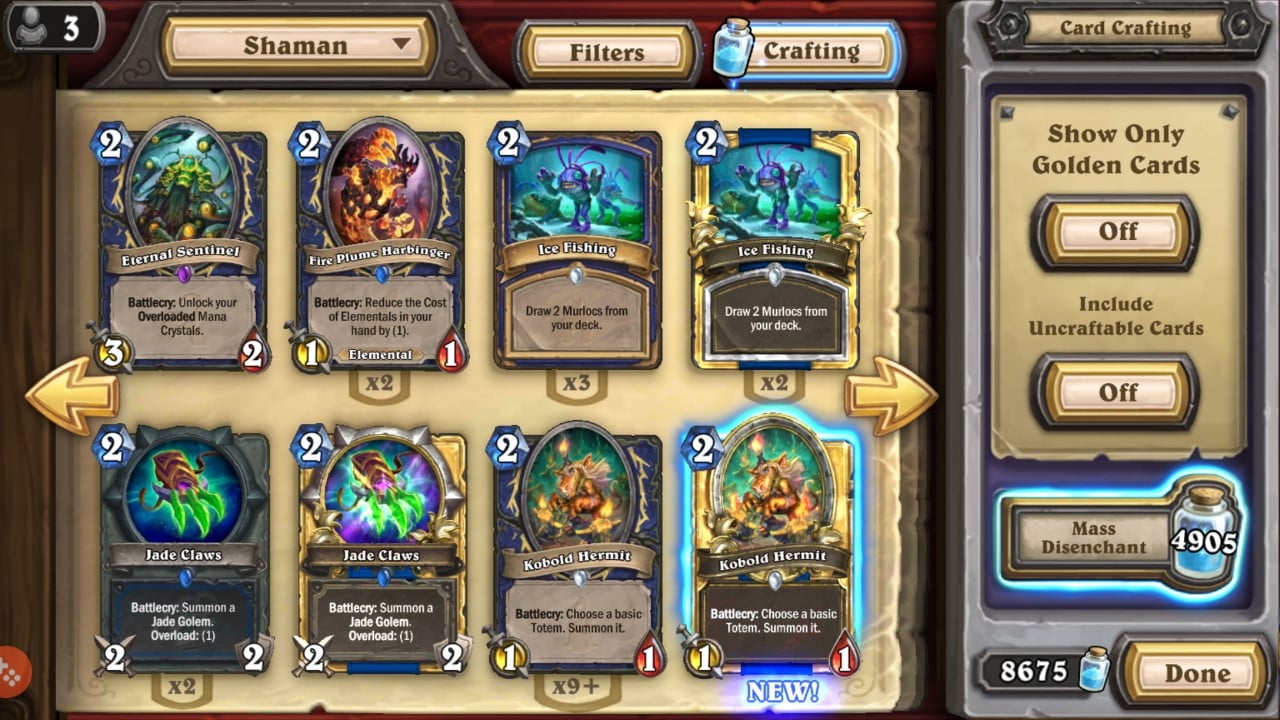 The good news is that does go away, but unless you pay it’ll take a whole lot of play time to do it. The other good news is that the play time ought to be fun. We gave out some brief advice in the last column on how to accrue gold – do your daily quests and tavern brawls religiously.

Let’s add to that. Once a day you can reject a quest and get a new one via the cross in the top right of the quest icon. You also get 10 gold for every 3 matches won, to a maximum of 100 a day, but that’s a long, slow road to earning. Finally, your ladder rank at the end of the season will earn you a small bonus, so play on the ladder as soon as you can.

Remember there are two ladders – standard and wild – and if you do badly on one, you can always try the other. It’s also worth noting that it tends to be easier to play at certain times of day than others. During school hours and late at night, you get hardcore players. In late afternoon and early evening, younger, less skilled players come online. So if you stick to ladder play during these times, you’re likely to do a little better. 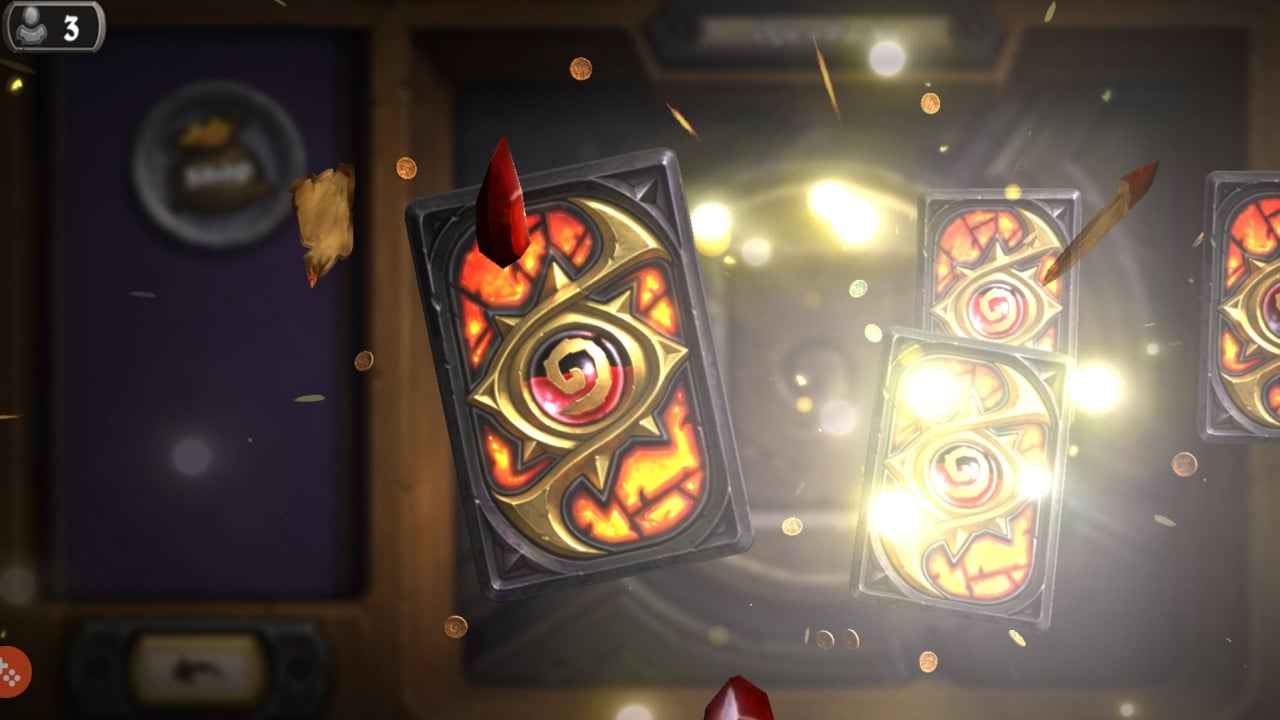 Don’t try The Arena until you’ve got a very firm grasp on the basics of the game. Even when you have, it’s an unreliable source of gold at best.

Spend your gold on packs. To start with, focus on classic packs and those for the latest expansion – Kobolds and Catacombs. However, the game has a rarity feature to help new players. You’re guaranteed to get a legendary – the rarest cards – in the first ten packs you open from any expansion. So once you’ve got a good few cards, it’s worth buying packs from all the expansions allowed in Standard play until you get that first legendary.

You’re only allowed two copies of any one card in your decks: any remainder is safe to render to dust. You do this by bringing the card up in your collection and tapping “Disenchant”. There’s also a “mass disenchant” button which will automatically render your excess cards to dust. This is fine to use early on. Once you find you’re no longer in desperate need of cards, use it sparingly. On occasion, Blizzard nerfs a card effect and, at that point, it’s worth more dust. So it can be worth hanging on to cards you don’t need to disenchant just in case.

You use dust to buy individual cards that you want. There’s no randomness here: just cash in the dust for exactly what you want. With so little dust to start with, and so much dust to choose from, new player face a paralysing plethora of choice on how to spend this precious resource.

There’s no fixed answer to this. What you want is to get the most powerful decks you can as fast as possible because they help you earn gold which helps you get cards. Which decks to go for, though, will depend heavily on what you were lucky enough to get from your first bunch of packs. We’ll be covering some common starter decks in future installments. In the meantime, here’s a few guidelines. 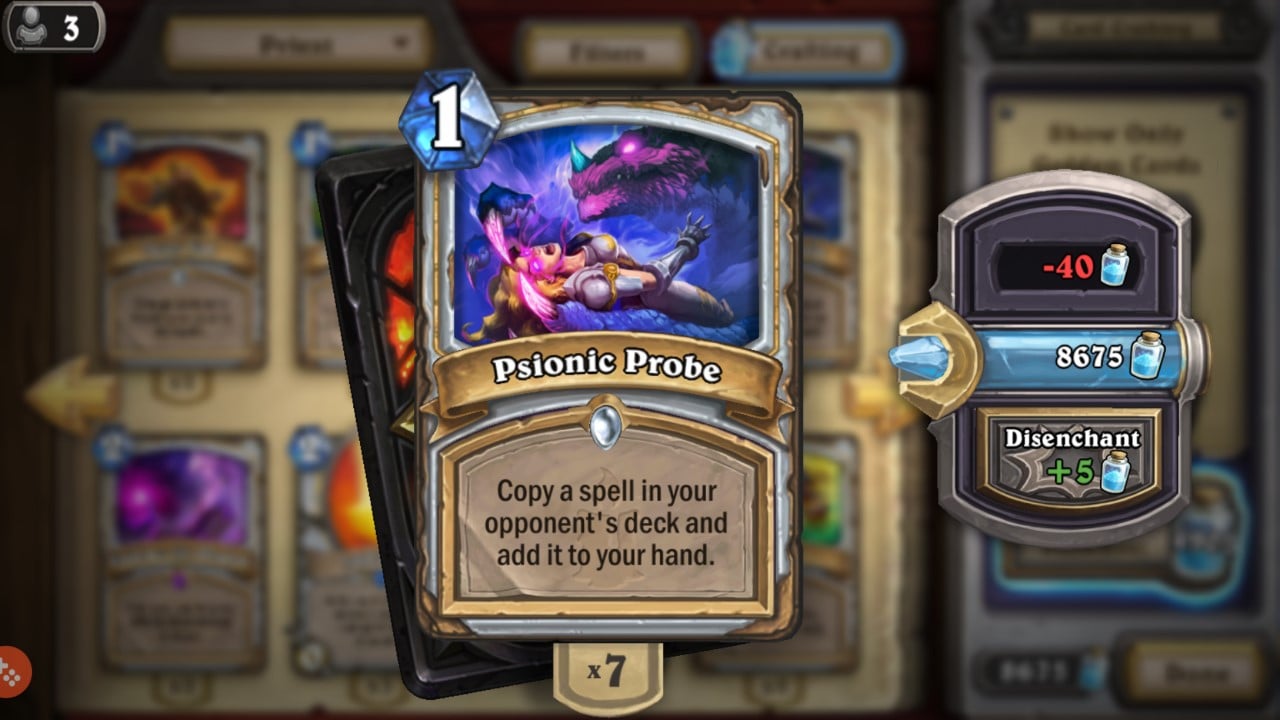 Cards come in four rarities, of increasing cost: common, rare, epic and legendary. Don’t bother crafting common cards. You get four in almost every pack and you will find the commons you need with nothing more than a bit of patience. At the other end of the scale, don’t save up for legendaries when you’re starting out. They’re absurdly expensive compared to other cards and are rarely powerful enough to justify the cost.

Your focus, then is on the rare and epic cards that you need. You get one rare (or better) in every pack and, on average, an epic every five. There are a lot of epic cards in every set, so at that frequency getting the ones you need via chance is unlikely. So: at the very start, craft rare cards until you’re up and running. Then switch to epic as soon as you’re accumulating dust in sufficient quantity to afford them.

Antihero: Tips and tricks to get your thief on