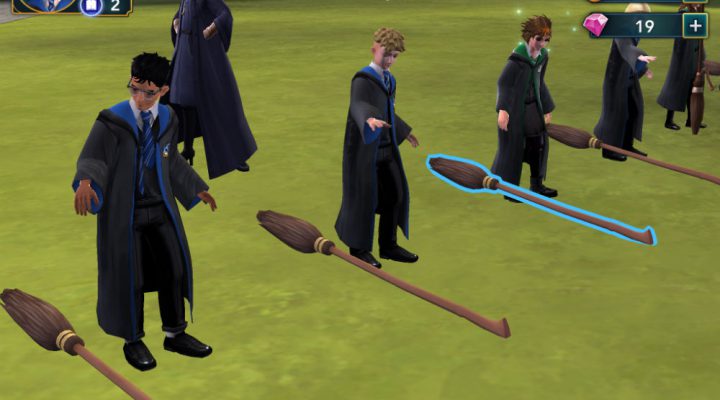 In Harry Potter: Hogwarts Mystery, your professors love to quiz you on facts about the Harry Potter universe. In most lessons, you’ll have to deal with energy-burning action sections where you tap on different objects around the room to progress, broken up by brief segments where you must either tap a circle at the correct time to focus, or answer a question correctly.

For each quiz, you’ll be asked one question at a time to progress, with bonus experience as the reward. If you answer incorrectly, you’ll have to expend even more energy to finish the lesson, and given the already slow pace of the game, no one wants that. You want to get the right answers every time. Don’t worry if you get one wrong–it’s an energy loss, but you won’t have to redo the lesson or otherwise be penalized. 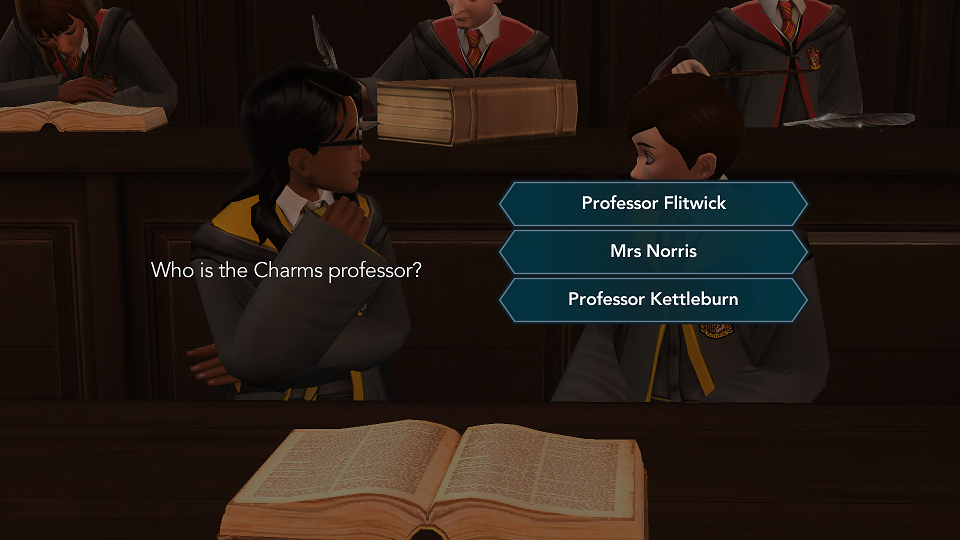 Each of your three classes in your first year has a different set of questions it can pull from, and not all are necessarily related to the lesson you’re in. Some of them will ask basic Harry Potter and magic facts you can glean from the game, but if you’re not up on your Harry Potter lore, you may find yourself struggling to answer some of the more obscure ones. We’ve taken as many questions as we could discover in each of your three first-year classes: Potions, Charms, and Flying, and given you the answers so you can proceed.

Do note that these do not include friendship questions for conversations with characters like Rowan. To master those, you’ll need both high skills in certain areas and an understanding of the character. Check out our friendship guide for more on these interactions. Note too that this is just a guide for your first year at Hogwarts. Because the game gates you with energy and a slower pace, we haven’t gotten to the second year yet! You’ll have to brush up on your book and film lore alongside us to conquer later classes. 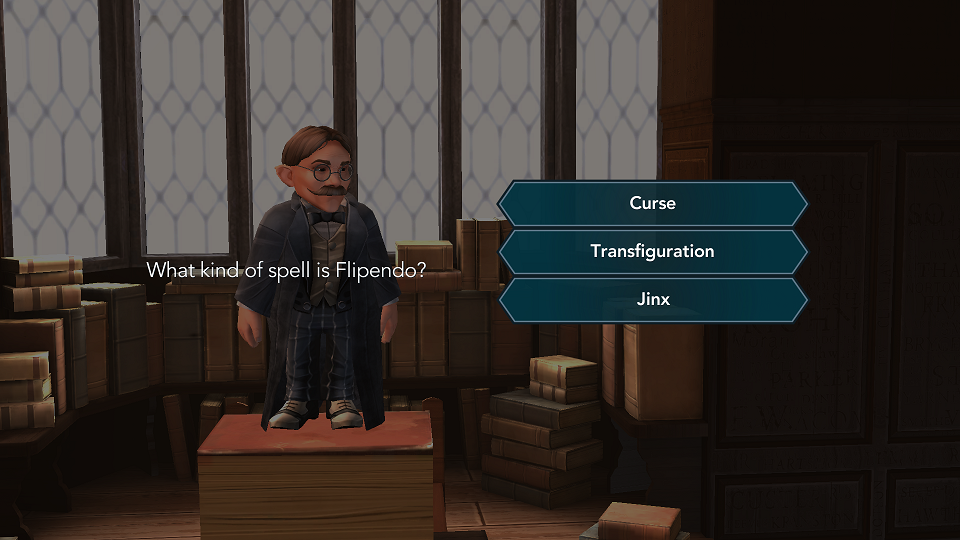 Who wrote the book “Magical Draughts and Potions?”
Arsenius Jigger.

What kind of cauldron do first years need to use?
Pewter.

What is the best way to extract juice from the Sopophorous Bean?
Crush it.

Which ingredient is not used in the Shrinking Solution?
Rotten Egg.

What do you say to summon a broom to your hand?
Up

Which of these is not a variety of broom?
Occamy

A Firebolt is a type of what?
Broom

Where are flying lessons held?
The Training Ground

Who is the Flying Professor?
Madam Hooch

Who is the Potions Professor?
Severus Snape

Who is the Divination Professor?
Professor Trelawney

What is the name of America’s magical government?
MACUSA

No spell yet devised allows a wizard to do what?
Fly Unaided 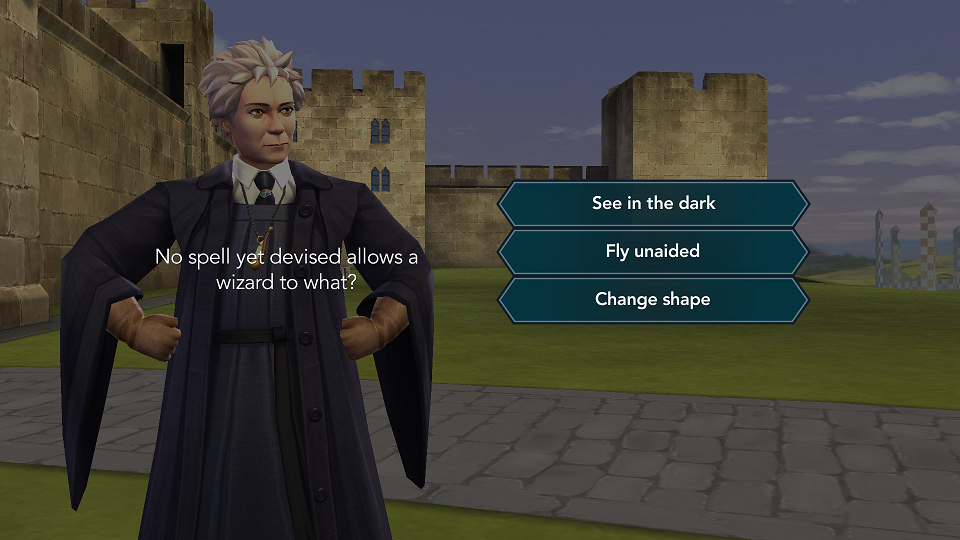 Why would you Cast Alohomora?
Unlock a Door.

Which of these is not a cleaning spell?
Confrigo.

What kind of spell is Flipendo?
Jinx

What is the effect of the Stupefy spell?
Stun You.

What does the charm Lumos provide?
Light.

Who is the History of Magic Professor?
Professor Binns.

What does Professor Vector teach?
Arithmancy.

Who is the Transfiguration Professor?
Professor Minerva McGonagall.

Before Dumbledore, who was the headmaster of Hogwarts?
Armando Dippet

What is the name of the wizard village near Hogwarts?
Hogsmeade.

See a question not on this list? Let us know! There are lots of possible questions you can be asked in your first year, and even more beyond that in classes we haven’t yet unlocked. Keep playing and test your Harry Potter knowledge.

How do I catch a shiny Wailmer in Pokemon GO?