By Adele Wilson | 1 day ago 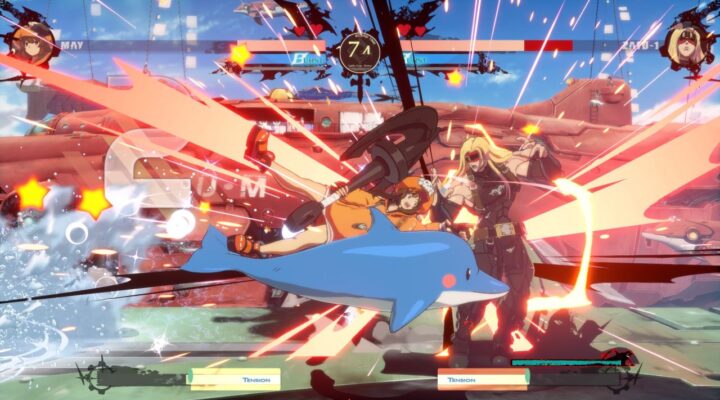 Not sure who to choose for your PvP battles? We’ve got you covered. This Guilty Gear Strive tier list includes all of the currently available characters in the game. Make sure you bookmark this page to refer back to when playing the game. We will also update this article after any balancing changes, as well as when a brand-new character is released. For more information about Guilty Gear Strive, visit the official website.

Guilty Gear Strive is the most recent installment in the popular Guilty Gear franchise. Guilty Gear is a well-known fighting game series, with Guilty Gear Strive featuring stunning visuals and sound design. There’s a wide variety of characters to take into matches, each with their own unique style and combat skills. Enjoy the brilliant soundtrack as you play as fan-favourite characters such as Jack-O, Axl Low, and May.

Loving games that feature an anime art style? Check out our other guides for our Guilty Gear Xrd Rev 2 tier list, our Granblue Fantasy: Versus tier list, and our Fullmetal Alchemist Mobile tier list.

Let’s rank all of the Guilty Gear Strive characters into their respective tiers from best to worst.

The best in the game right now. You’ll easily power through battles with these characters.

An excellent option for PvP and PvE. Incredibly strong and fun to use.

Still great choices, especially if you love these characters. Keep in mind that you may find PvP a little harder though.

Not recommended if you’re wanting to play PvP competitively. These characters are pretty weak at the moment.

You can use these characters if you want, but it’s probably best to not use them in PvP matches due to their overall weaker stats at this current time.

Now that you’ve read our Guilty Gear Strive tier list, you may have some questions for us.

A tier list is a list of characters, or weapons, that are ranked from best to worst. With the tier list in this guide, we’ve compiled a list of the best and worst characters to use during matches at the moment. Tier lists can be useful tools to use when deciding which character to pick in terms of strength and win rate.

How Did We Pick Our Guilty Gear Strive Tier List?

We got hands-on experience with the game itself, as well as researching what you, the player, think of the current roster. We combined all of this feedback to create our Guilty Gear Strive tier list.

How Often Do We Update Our Guilty Gear Strive Tier List?