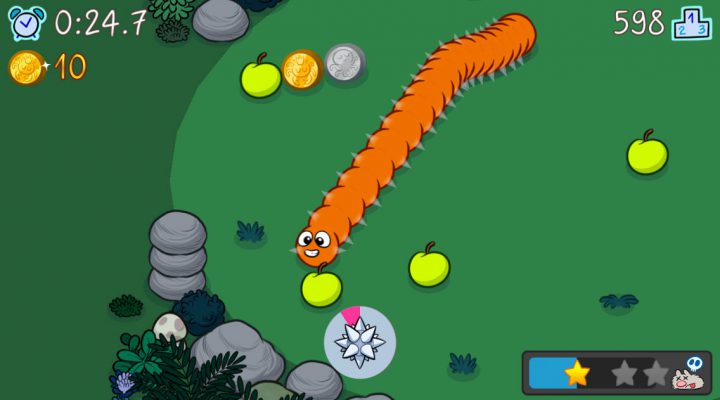 Grub by Pixowl is an update on the classic Snake game. It also teaches a hard lesson: When you’re an invertebrate that’s full of soft, squishy goodness, every animal in the garden will be out to gobble you up.

Don’t despair, though. It is possible to survive and thrive. Follow these five tips to stay alive and achieve a high score.

1. Take note of each stage’s goal before entering 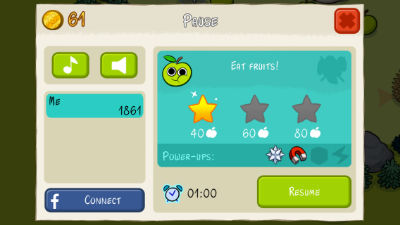 Each level of Grub has a specific goal that’s outlined on the level information screen that pops up right before you enter a stage. You may be required to eat a lot of fruit, or collect a lot of loot, or slay enemies. Stages that revolve around killing usually put tons of enemies on-screen, whereas fruit-collecting stages have lots of apples scattered around. Pay attention to each goal and adjust your play style accordingly.

2. Upgrade your spike duration for effective defense against enemies 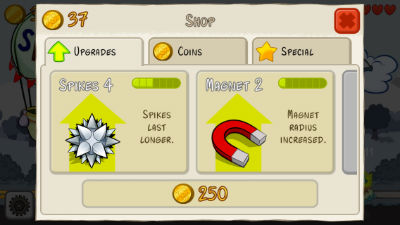 Save your coins and pay to extend the duration of your spike power-up. Spikes are your best defense against hedgehogs and other baddies, plus killing them earns you lots of points (especially if you chain your attacks). When Grub is covered in spikes, he’s essentially invincible, meaning Grub is free to dash everywhere and gobble up apples without worry.

3. Pause at any time to re-calibrate your device’s accelerometer 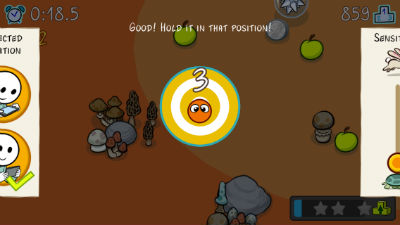 Grub uses tilt-based controls. Since survival demands control accuracy, you may find you need to re-adjust your accelerometer from time to time. Simply pause the game, then unpause. When you unpause, you’ll have a few seconds to adjust your device’s tilt, centering, and Grub’s movement speed. 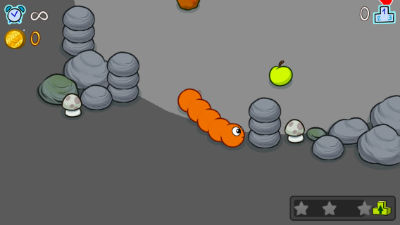 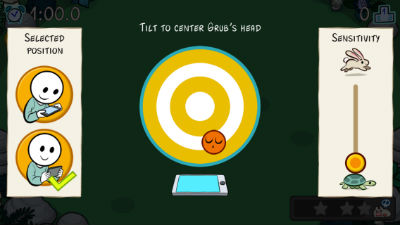 Grub is a game about racing against the clock. You can adjust Grub’s slithering speed by entering the control menu (which, again, is accessed by pressing pause and then unpausing), which might help you rack up a higher score within the game’s time limit. However, you have less control over Grub when he moves faster. It’s best to keep him moving at a slower speed, at least until you really get the hang of his movements.

16 Storm Casters Tips from the Developers