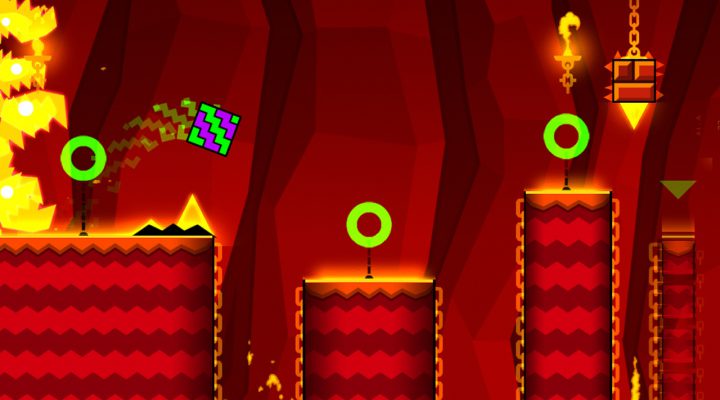 Geometry Dash Meltdown is a sequel to the 2013’s immensely popular game of speedy platforming and quick taps, Geometry Dash. Meltdown features more of the same type of gameplay, this time with new challenges and some awesome new music.

While the game may be easy to pick up and play, succeeding is no easy feat. Our Geometry Dash Meltdown tips, cheats and strategies guide will help players who are struggling to complete the game’s very challenging levels.

Look Before You Leap 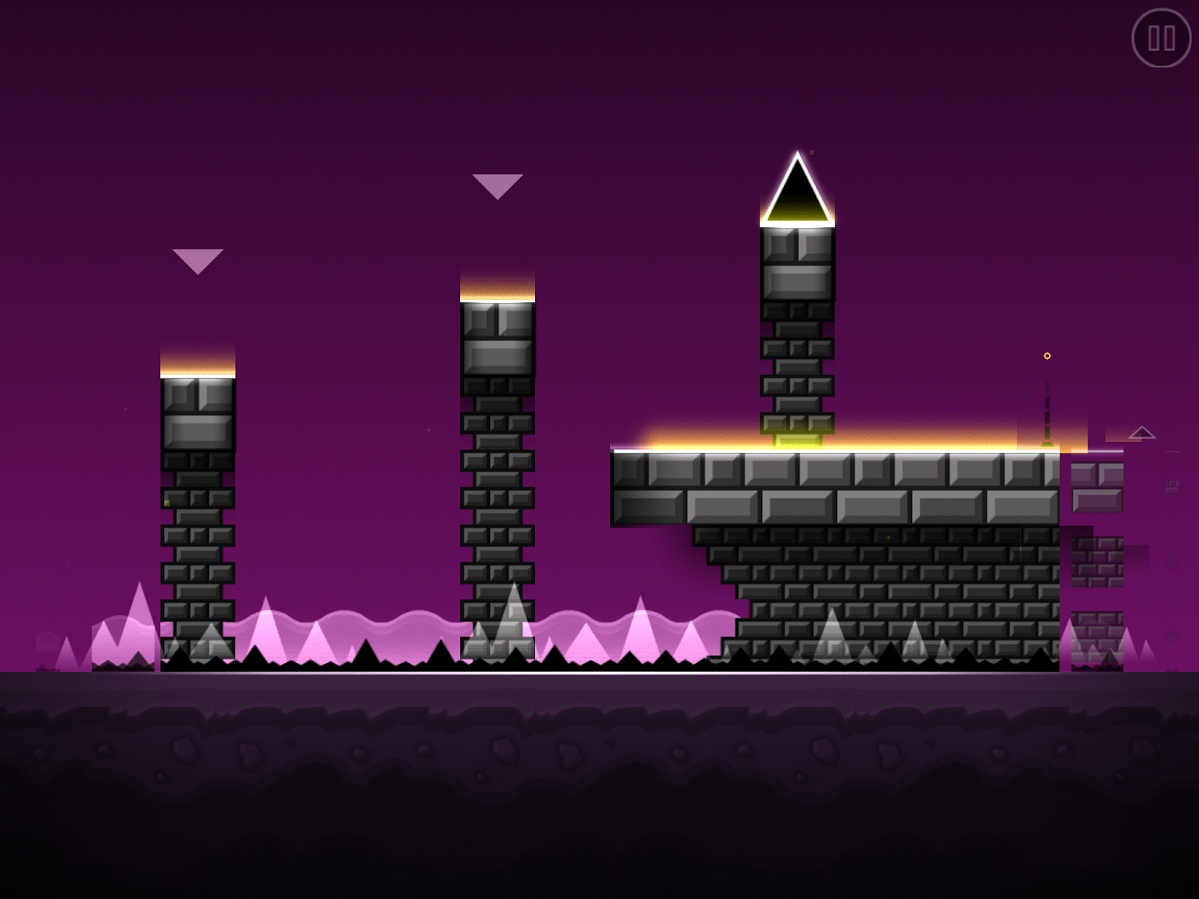 This is easily how I died the most in Geometry Dash Meltdown: I’d be bouncing along a strand of short platforms that required me to jump as soon as I’d land, and then — out of habit — I’d jump off of the final platform and impale myself on some spikes or something equally as deadly. I jumped when I should have slid, because the game tricked me.

I’d call these incidents “false jumps,” and they frustrated me more than anything else I ran into (no pun intended) in the game. Pay particular attention when you come across a string of small platforms, and make sure you should be jumping before you do. 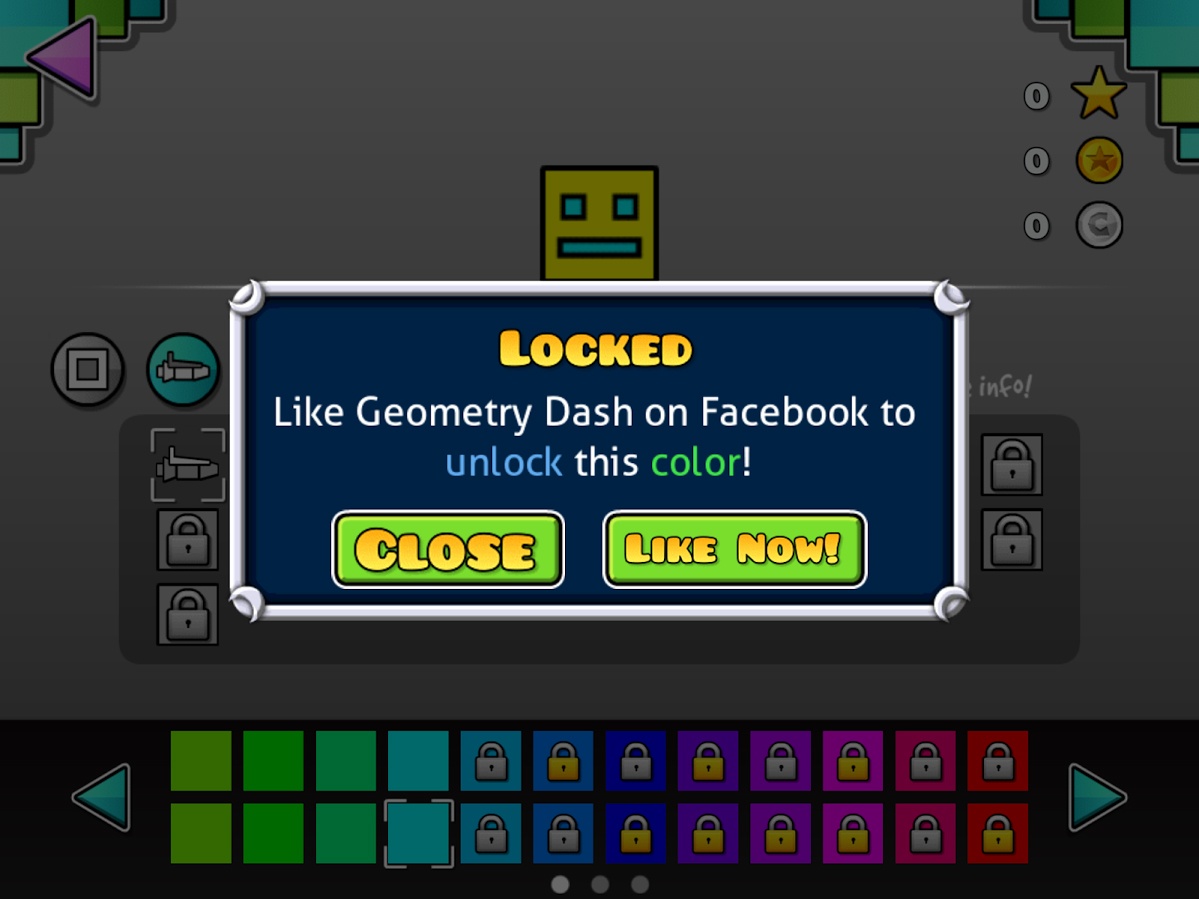 After a few moments poking around the free version of Geometry Dash Meltdown, you’ll realize that a vast portion of the game’s content is locked away for players who decide to pay. What you may not realize is that not all of that content is only unlockable by paying for it.

Just go to the customization screen and have a look at the items locked. You can quickly tell what can be unlocked by the color of the lock; if it’s a golden lock, you can tap it to see what you need to do to unlock it. Even though the game is tough, unlocking many of these items are as easy as subscribing to the developer on YouTube or by simply jumping X amount of times. 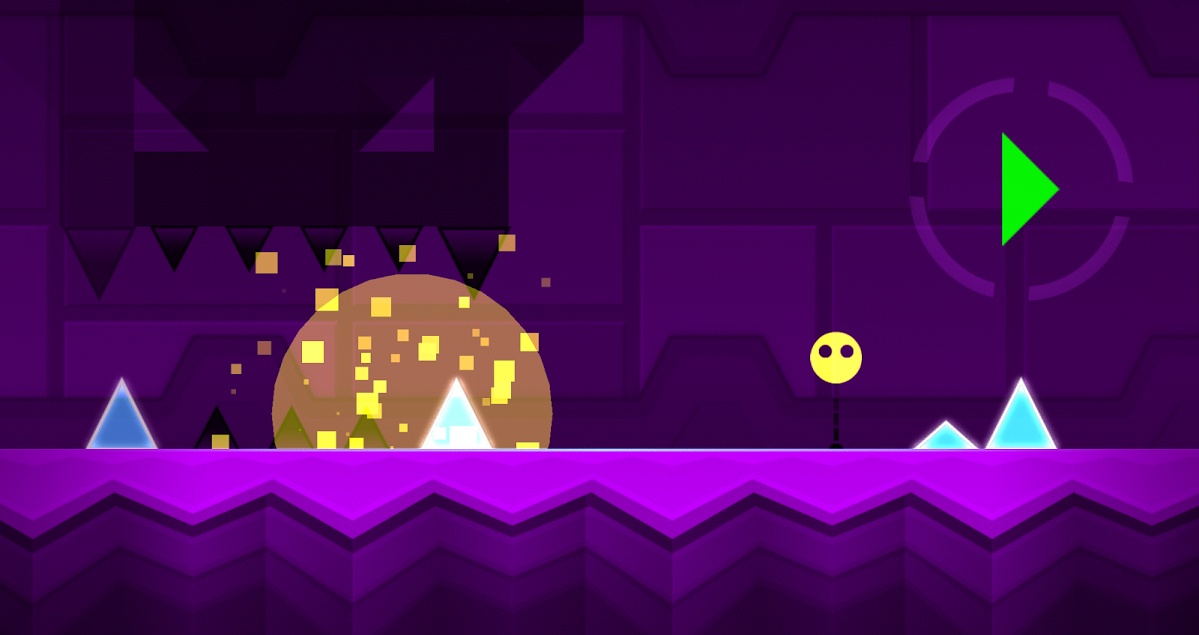 As much as I liked the soundtrack to the game, I played better when the game was muted.

The soundtrack and the visual effects are synchronized excellently, which looks cool …but not when I’m trying to focus on a very strenuous game. You see, the gameplay doesn’t match up with the soundtrack completely, so at times you’ll be bouncing along to the beat of the music and then the next second you’re bouncing completely out of sync.

This is disorientating and led to more than one mis-jump. When I finally decided to mute the game, I instantly saw a slight improvement in my progression. 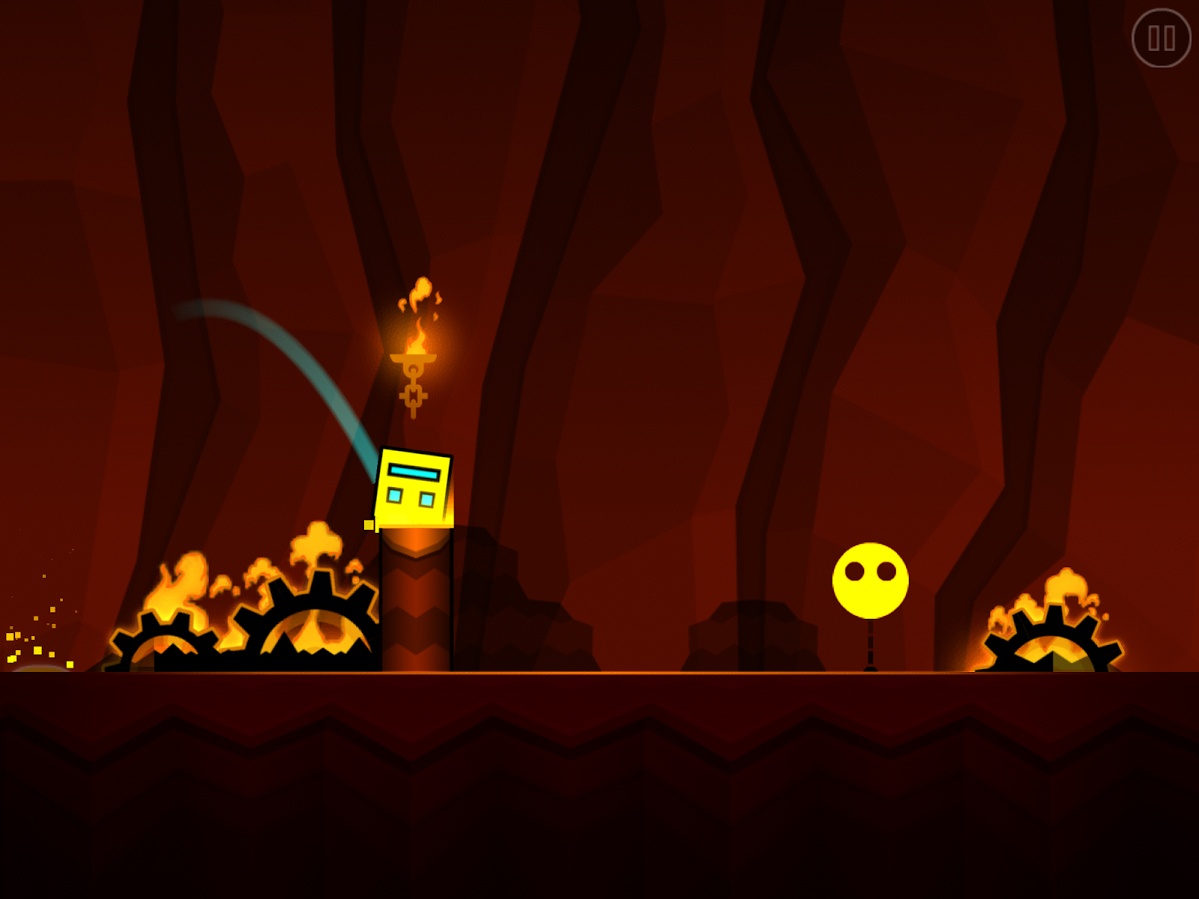 With that in mind, there are plenty of YouTubers who have already uploaded the locations of where all the unlockable things are, so save yourself some time and just watch a video. 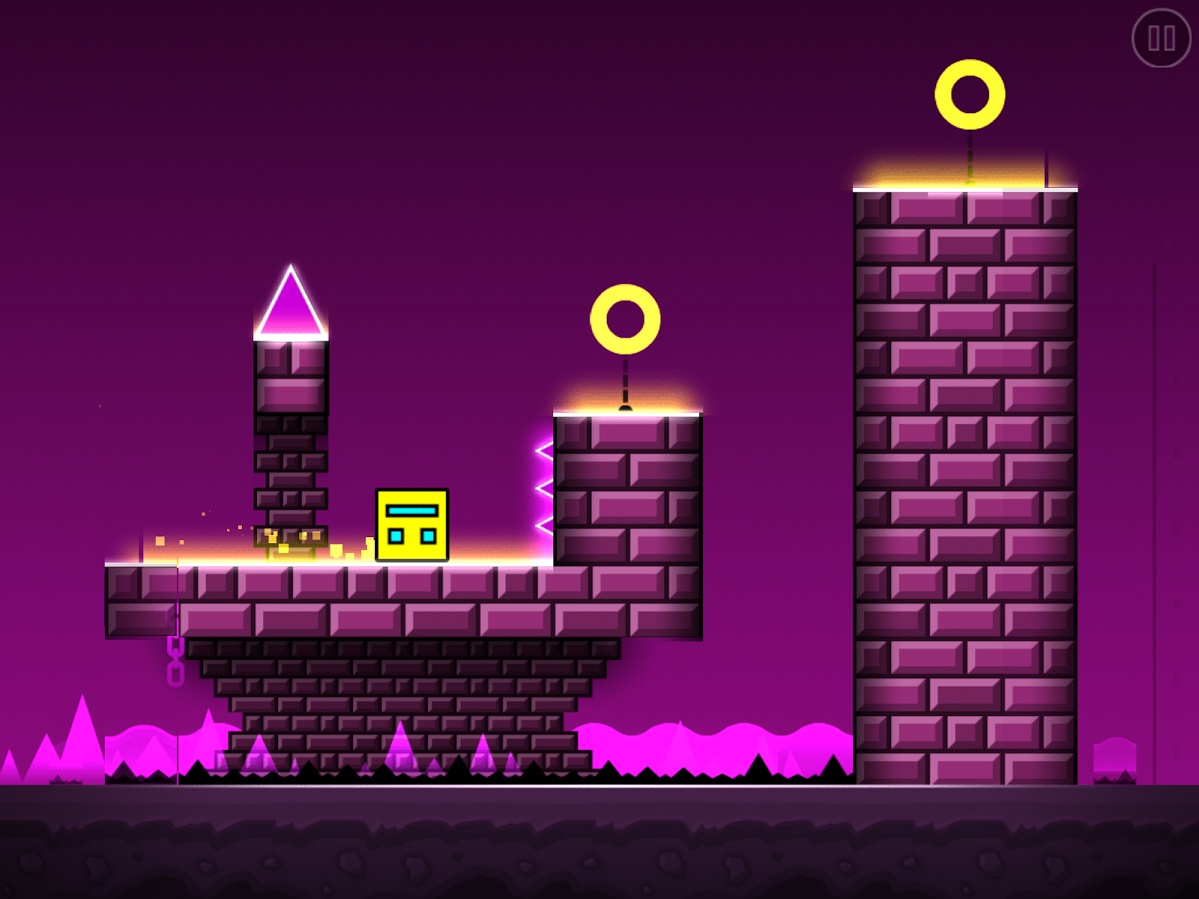 Geometry Dash Meltdown is not the sort of game you’re going to cruise through. It is going to take time to progress through the game’s levels. You will probably do very poorly the first dozen times you try a level. It’s okay. That’s part of the experience.

If you feel your blood pressure rising, or are actually experiencing meltdown-like symptoms, just take a break from playing. I found that I did my best during my first few attempts after I took a break anyway, so just chill. Go get a drink, do whatever; the game will be there when you get back.