Geo Scavengers Guide: How to Become an AR Tycoon

By Glenn Wilson | 9 months ago 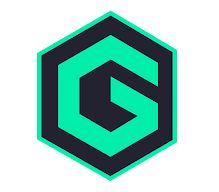 Welcome to your new life as a Geo Scavenger, exploring your local environment in search of invisible caches full of virtual loot, with the help of a suite of tools created by Geo Corp.

Before we drill down into the details, let’s review the basics.

First, you’ll need to create your own in-game character by choosing an avatar and naming your corporation. Then you’re taken to the map screen, which is your base of operations.

At the bottom of the map screen you’ll find a menu button – a circle with three lines. Tapping the menu button brings up five options. From left to right they are: Survey Scanner, Loot Finder, Analyzer, crafting menu, and settings.

Your equipment is upgradeable, allowing you to increase the range and speed of your Survey Scanner, the effectiveness of your Loot Finder, and so on. Your character is upgradeable too, by purchasing skills with the XP you earn through gameplay.

Once you’ve carried out a survey scan you’ll see all of the caches within range of you on your map. To analyze one of these caches you tap on it and then use your Analyzer, which has a smaller radius than your Survey Scanner, meaning you can only analyze the caches closest to you.

To loot a cache you need to physically move to its location, so that you’re standing inside the circle on the map.

Caches contain crafting components, coins, keys, key codes, and more. You can review the items in your inventory at any time, and craftable items are flagged in your crafting station. The objects that you can craft include specialist equipment and advanced crafting material, as well as color-coded keys for opening locked boxes.

You can also craft a Secure Stash, more on which later.

First, we’re going to take a look at…

At the top-left of the map screen there’s a little green icon. Tap that and you’ll be able to see the game’s zones – a huge grid of oblongs covering the entire map. You’ll also be able to see the coordinates of your current zone.

Each zone in Geo Scavengers is owned by Geo Corp., and you need to give a portion of your loot to your corporate overlords in the form of tax.

You can lower the amount of tax you have to pay by upgrading the Corporate Relations skill, and you can pay none at all by purchasing a week-long Zone License, which makes you the temporary owner of a zone and lets you claim tax generated by other players working in it.

Zones don’t come cheap, with a week-long lease costing 3000 credits. There’s not much else to spend your money on, though, and leasing zones is one of the game’s end goals.

If you find yourself in a zone belonging to another player, you can reduce the amount of tax you pay by upgrading your Corporate Relations skill, just like you can if you’re in a standard Geo Corp. zone.

Not only can you loot boxes in Geo Scavengers, but you can create boxes too, at the crafting station.

These come in two different tiers – I and II. A tier 1 stash has eight inventory slots, while a tier 2 stash has 12. They can only be opened by entering a four or five digit code, depending on the tier.

Once you craft a Secure Stash it appears in your inventory. From there you can tap on it to create an unlock code and place the stash at your current location. After that it’ll be visible to every other player who conducts a survey scan within range.

To open your Secure Stash, your fellow players will need to know the code. To help with this, and to create the possibility of scavenger hunts, notes and clue boxes are being added to the game in a future update, along with the ability to place stashes at points on the map without having to physically walk there.

Once a player has access to a stash, they can both take the items in the inventory slots and add items of their own.

You can retrieve your Secure Stash after placing it, but only if it’s empty.  Once it’s back in your inventory, you can create a new unlock code before using it again.

You can try out Geo Scavengers for yourself by finding it on Google Play now.

Dodge Agent Strategy Guide – Avoid the Lasers With These Hints, Tips and Cheats

Mashup Hero Strategy Guide – Get Great Power With These Hints, Tips and Cheats