By Adele Wilson | 1 month ago 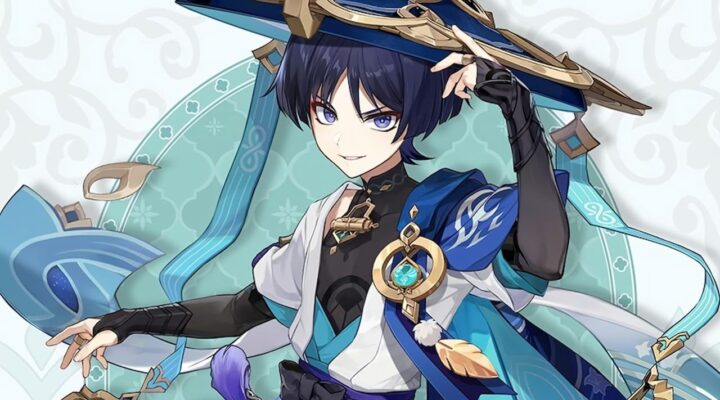 Looking for a Genshin Impact Scaramouche build guide? You’ve come to the right place. We’ve created an extensive guide that covers everything you need to know. From Talent materials to weapons, we conducted extensive research into his resources and equipment. Make sure to bookmark this page to refer back to when you start to build Scaramouche.

Genshin Impact is one of the most popular gacha RPGs of all time. With millions of dedicated players, the game continues to soar. Collect characters, explore the world of Teyvat, and immerse yourself in the incredible story. The world-building and character development through the game are truly something special – give it a try! Defeat bosses with your friends, challenge yourself in the Abyss, or wander through the environment as you gather resources.

Let’s move on to the actual character build.

It can be tough when trying to figure out the perfect weapon for a Genshin character. We’ve done our research and compiled a list of his best weapon – as well as the best alternatives.

Didn’t manage to pull Tulaytullah’s Remembrance on the limited-time weapon banner? Don’t worry, there are plenty of other weapons suitable for Scaramouche.

Lost Prayer to the Sacred Winds

Now that we’ve covered the best weapons for Scaramouche, what’s his most optimal artifact set?

Can’t get your hands on decent Desert Pavilion Chronicle pieces? These are the best alternative artifact sets for Scaramouche.

Obtained From: Valley of Remembrance Domain

Echoes Of An Offering (4-Piece)

Obtained From: The Lost Valley Domain

Every Genshin Character requires certain resources to ascend. Let’s take a look at what Scaramouch needs.

Genshin characters also have Talents that need to be leveled up. The higher the Talent level, the stronger the Elemental Skill/Burst/Normal Attack.

That’s it for our Scaramouche build guide. If you’d like to know more about Genshin Impact itself, visit the game’s official website.